Types of Pet Tortoises Around the World

Tortoises are reptiles that can be excellent household pets, if what you're looking for is an animal that is undemanding, peaceful and quiet. Tortoises are basically herbivorous; they feed on fruit, vegetables and occasionally larvae. Even so, some species are omnivorous.

Even though there are vast numbers of species of tortoises in the Testudinidae family, we at AnimalWised have brought together the types of tortoises around the world that you can adopt as a pet. Depending on where you live, your home and your climate, you'll be able to enjoy the company of different species of pet tortoises.

Of course, the most important thing is to make sure that your pet tortoise is not a protected species, and that you look after it for its entire life. Keep reading this article on types of pet tortoises to find out which is the best one for you and your lifestyle, discover some fun facts and see pictures of what they look like. You'll want to adopt one immediately!

You may also be interested in: Hamster Types and Breeds Around the World
Contents

Mediterranean tortoises dwell in countries bordering the Mediterranean Sea, from the Black Sea to the Iberian peninsula. This genus is called Testudo, and it includes six species with different subspecies. One of them is Hermann's tortoise (Testudo hermanni).

Hermann's tortoise is a protected species in many countries, as it has near threatened status. However, but those born in breeding centres can be adopted without any problems. Wild Hermann's tortoises have been divided into different subspecies, depending on the area in which they reside. Therefore, their size, weight and shell coloring vary from place to place.

The female is slightly larger than the male; the former reach 18 cm (7.1 in), while the latter don't usually surpass 16 cm (6.3 in). However, eastern subspecies are quite larger, almost reaching 30 cm (11 in). The differences between types of tortoises is noticeable even in near regions; tortoises from Majorca are remarkably smaller than those from Minorca.

Although not all sources agree, some state that Hermann's tortoises are very long-living animals, and if they are properly cared for they can be a companion for your entire life. Some live up to over a hundred years old.

They have diurnal habits, and in autumn they begin a process that will end in hibernation. If you want your pet Hermann's tortoise to live happily and for a long time, it's necessary that it can hibernate.

The Russian or Horfield's tortoise (Agrionemys horsfieldii) is present throughout an enormous range, as you can find it in Russia, China, Afghanistan, Pakistan and various Central Asian republics that used to be in the former Soviet Union.

It's slightly bigger than Hermann's tortoise, with females measuring up to 25 cm (10 in) and males up to 20 cm (8 in). It has a more rounded shell, but what clearly distinguishes the Russian tortoise from others is that it has four toes and nails, instead of the usual five. The size, weight and colors of the shell vary greatly from one place to another.

Russian tortoises don't handle the heat very well. When the temperature rises above 28° C (82.5º F), they bury themselves a few inches down to cool off. The harshness of their native climate means that this type of pet tortoise hibernates for much longer. Russian tortoises can bury themselves up to 3 meters (more than 9 feet) deep to hibernate, as opposed to the 20-40 cm (8-16 in) of the Mediterranean tortoise.

In the wild, this vulnerable reptile lives up to 40 or 50 years old. If correctly cared for, domestic Russian tortoises can live for over one hundred years.

The Indian star tortoise (Geochelone elegans) is a very popular yet very delicate pet, with a high mortality rate in its first months of existence. In the wild, its habitat extends across the dry areas of India, Ceylon and Sri Lanka; their beautiful shell patterns are meant to camouflage them in grass.

It can reach 25 cm (10 in) in length, but again, it is the females who are the largest. The Indian star tortoise has very convex shell with yellow halos that radiate a series of stripes, also yellow in color, creating a spectacularly beautiful maze. It is not an endangered turtle.

The African spurred or sulcata tortoise (Centrochelys sulcata) inhabits North Africa, especially the edges of the Sahara desert, in semiarid and savanna habitats.

They are a vulnerable species, threatened by the hunting of their meat and the loss of their habitat due to the advance of agricultural and urban areas. This type of tortoise is a popular pet, and they are captured and taken away from their original habitat; this practice is currently forbidden.

Their trade is regulated by CITES, the Convention on International Trade in Endangered Species; if you want to get one you need to do so from a reputable store that provides all the legal required documentation, showing that the animal comes from a farm.

The African spurred tortoise is the third largest species of tortoise in the world. Its shell can measure more than 80 cm (31.5 in) in length, it can weigh more than 100 kg (230 lb). The sexual dimorphism in this tortoise species means that males are larger than females.

This species doesn't hibernate since it lives in arid climates; however, in extreme heat they dig burrows and tunnels to rest in the cool earth. The sulcata tortoise as a a pet is relatively easy to care for, since all it needs is a large garden, a moderate to warm temperature and copious amounts of food, especially grass. During European winters, it is necessary to keep them in conditioned indoor terrariums. Before trying to adopt an African spurred tortoise, you need to make sure you can provide for it properly.

There are two unrelated genera called "box turtles". One of them, Asian box turtles or Cuora, are semi-aquatic and rare or endangered. Shelled box turtles or Terrapene, on the other hand, are found across North America. They are terrestrial turtles, and not technically a type of tortoises.

The different species of shelled box turtles range from near threatened to endangered due to the poaching of wild species to be sold as pets. If you want to get a box turtle, you should do so in a solvent store that provides documentation ensuring that the animal has not been taken out of its natural environment.

In general, they are delicate pets and not appropriate for households with children, dogs or cats. They get stressed easily and they require specific diets, meaning they can very easily get sick. Shelled box turtles are omnivorous, feeding on insects, snails, carrion, plants, flowers and fruits.

If you want to read similar articles to Types of Pet Tortoises Around the World, we recommend you visit our Comparisons category.

Types of Spaniel Dogs: Spaniel Breeds Around the World
Types of Terrier Dogs: Terrier Breeds Around the World
Types of Freshwater Turtles
The Different Types of Labrador Retrievers
Related categories
NamesThe most...What you need to knowIdeal forThe least...
Most read
1.
Best Names for American Bully Dogs
2.
What is the Difference Between a Donkey, a Mule and an Ass?
3.
The 5 Most Wrinkly Dog Breeds
4.
100 Popular Bird Names
5.
Tamil Names for Dogs - With Meanings
6.
Can You Have an Armadillo as a Pet?
7.
Arabic Dog Names - Male and Female
8.
Can You Have an Otter as a Pet?
Types of Cocker Spaniels
Types of Retriever Dogs
Types of Hedgehogs - A Complete Guide
Types of Siamese Fighting Fish
Types of Bichon Dog Breeds
Types of Siamese Cats
Types of Persian Cats
Which Reptiles are Herbivorous?

Types of Pet Tortoises Around the World 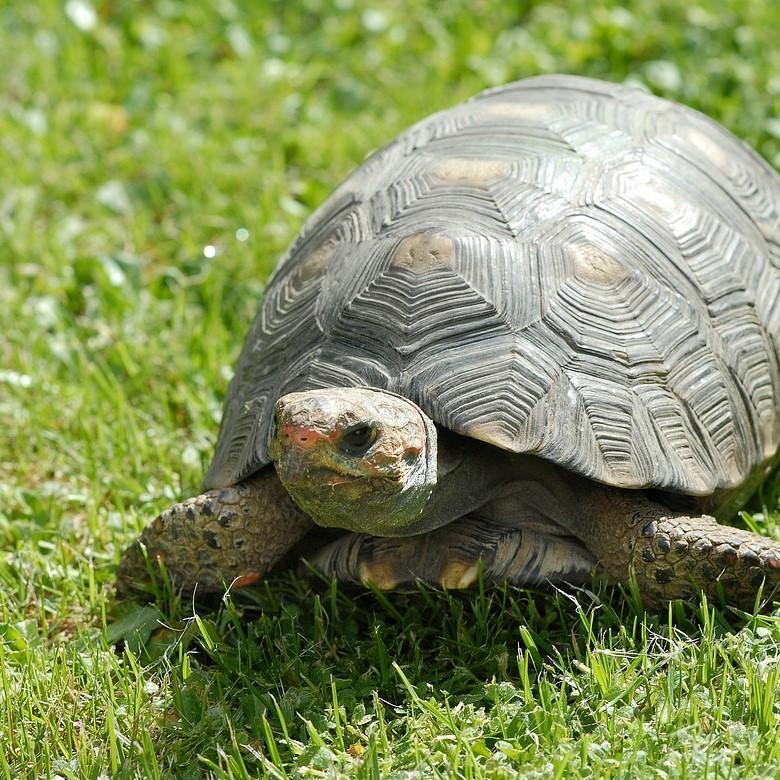 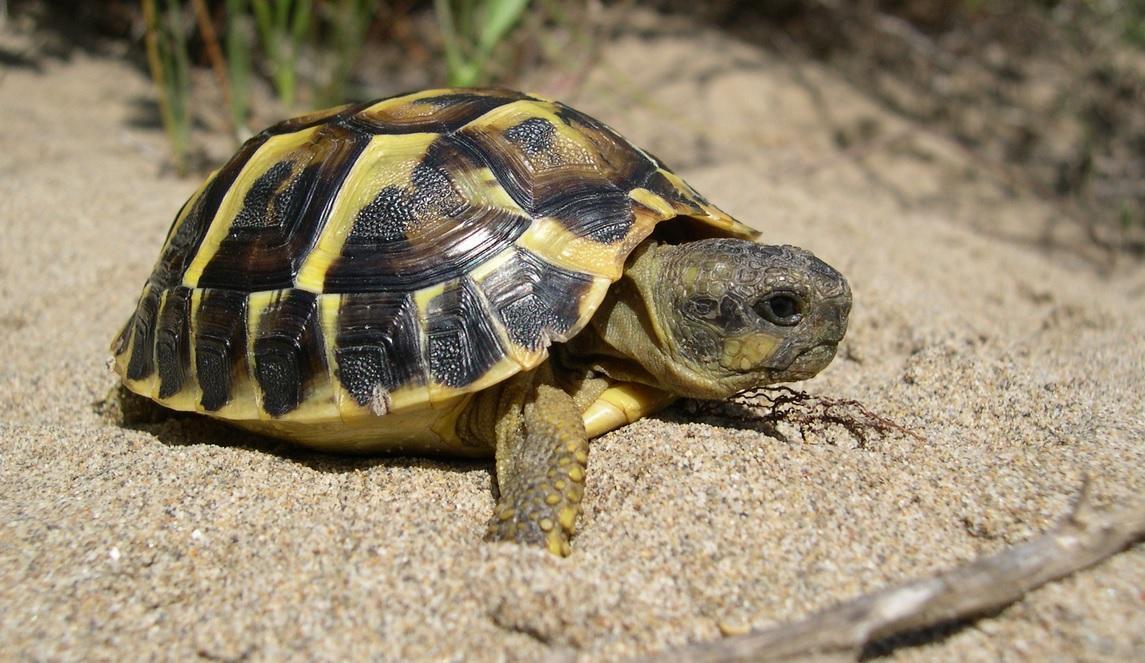 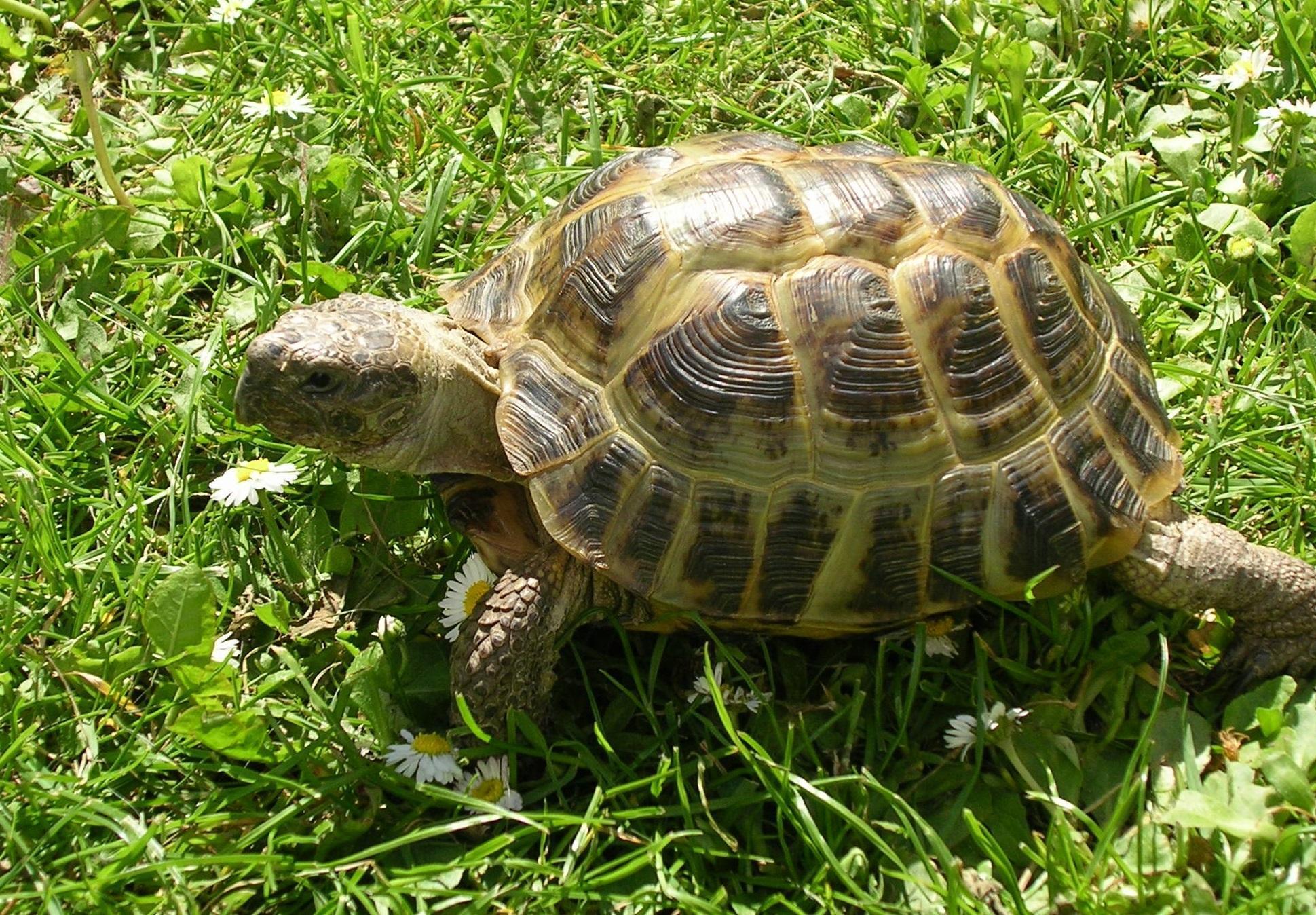 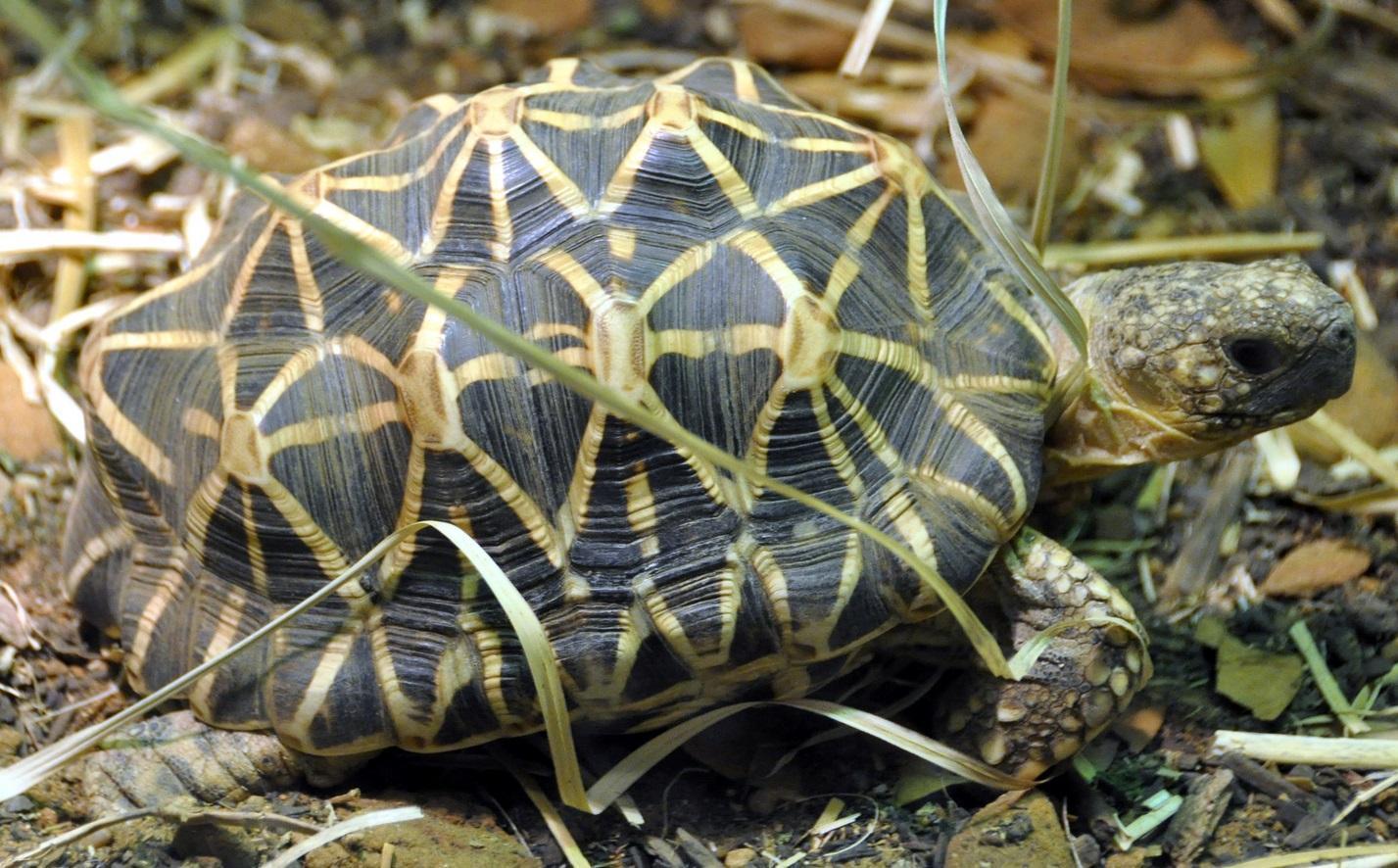 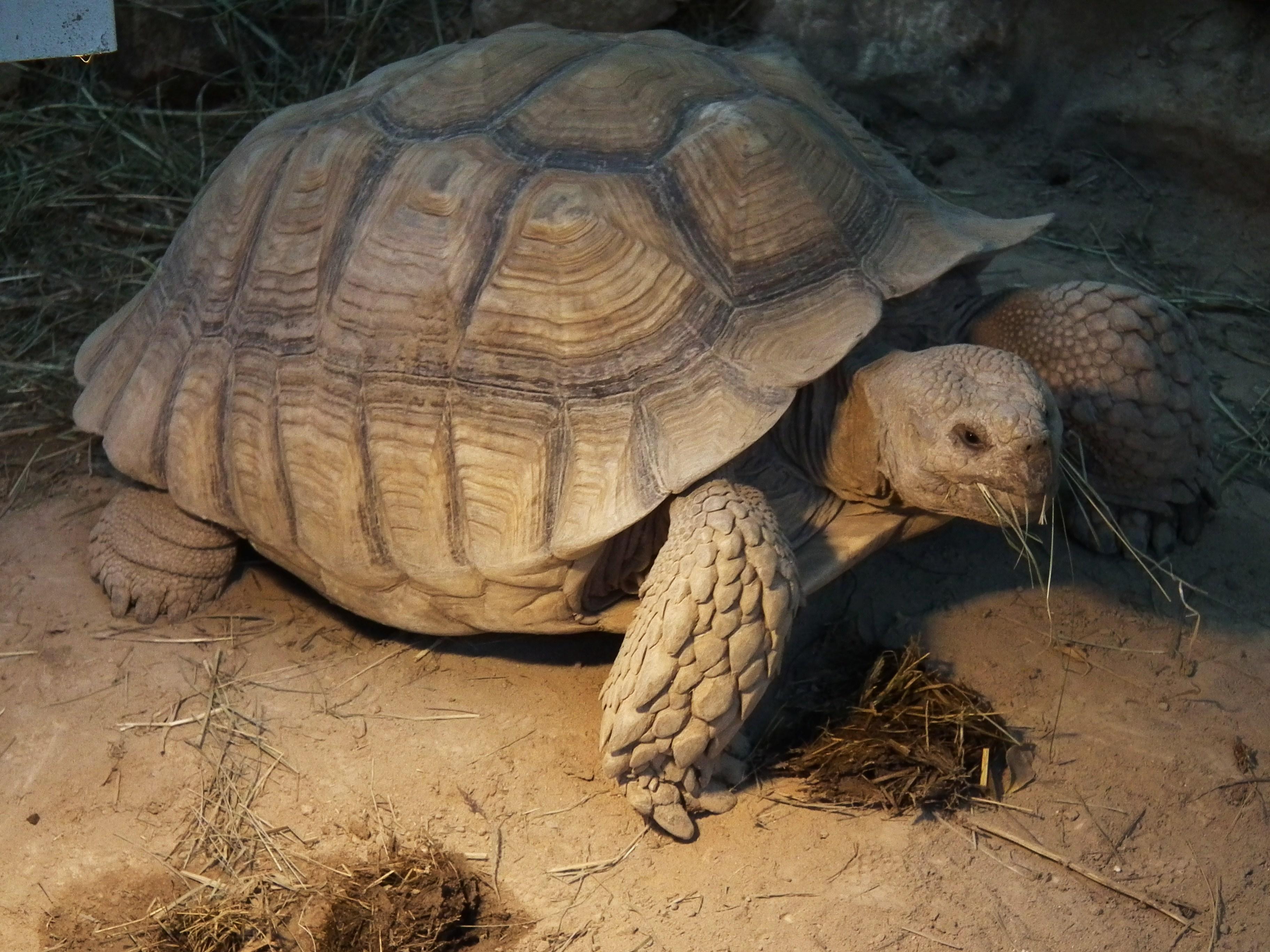 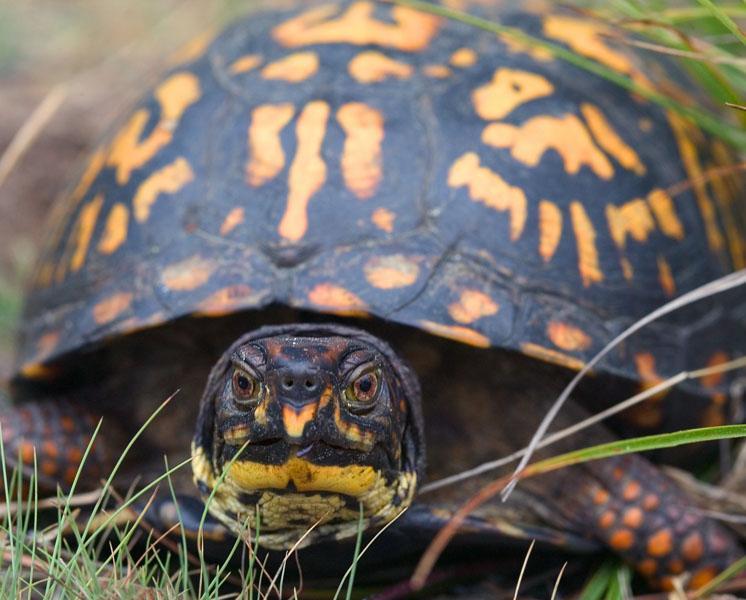