By Nick A. Romero, Biologist and environmental educator. May 31, 2022

Primates are a group of animals with a special relationship to human beings. This is due to our evolutionary closeness thanks to a common ancestor. However, the diversity of simians (higher primates which contains all apes and monkeys) is very wide. They have many features and behaviors which are distinguishable, but all have a relatively complex social structure. Although not human, there are certain parallels between humans and monkeys in terms of these structures.

In this AnimalWised article, we want to show you these similarities and differences with this guide to the different types of spider monkeys. We provide information on their physical and behavioral characteristics, show the differences between each spider monkey species and provide photos so you can see what they look like.

You may also be interested in: Types of Monkeys in the World
Contents

There are seven extant species of spider monkeys. All are grouped together in the genus Ateles. Below we provide the common names, as well as their binomial nomenclature:

If you want to learn more about different monkey species, take a look at our article on the different types of monkeys in the world.

Now we know the names of the different spider monkey species, we can look at their individual characteristics.

This type of spider monkey measures between 30 to 65 cm (12-25.5"), with an additional tail length of between 60 and 85 cm (25.5-33"). The limbs are longer than many other spider monkeys. Their snout large, but their head is relatively small. They have brown or reddish fur, their face is lighter, especially around the mouth and eyes. The lower areas of the body also usually have lighter tones.

Males are only slightly larger than females, with only about 0.5 cm (0.2") difference between the sexes, without considering the tail. The average weight of the males is a little more than 9 kg (20 lb) and that of the females about 8.4 kg (18.5 lb). Their fur is long and very dark black, with the exception of the face.

The forelimbs are longer than the hindlimbs, the tail is long (c.75 cm or 30") and is also prehensile. They weigh an average of between 8 to 9 kg (17.5-20 lb) and measure 45 to 50 cm (17.5-19.5"), with males being slightly larger and heavier than females. They also have a white triangular patch on the forehead. They upper body can be light or dark brown while the lower parts and extremities are are lighter.

The limbs, like other types of spider monkey, are also long, but are characterized by being narrower. The tail is which is longer than the body and measures between 70 to 85 cm (27.5-33.5") in length, but the body averages only 40 to 55 cm (16-21.5"). The average weight of this type of spider monkey is 9 kg (20 lb), there is no distinction between males and females in this regard. The coat is long and dark on top, but generally lighter on the bottom. The eyes and mouth are surrounded by pale coloration.

This spider monkey is completely black and, due to the lack of fur around the eyes, mouth and nose , it is the only other coloration that can be seen on the animal's body. It has a weight range between 7 and 9 kg (15.5-20 lb) and measures about 70 cm (27.5").

Where does the spider monkey live?

Spider monkeys are primates that are distributed exclusively in the Americas. Here we provide the habitat distribution of each different type of spider monkey:

This type of spider monkey we can find in:

The red-faced spider monkey can be found in the following countries:

The brown spider monkey's distribution is based solely on Colombia and Venezuela.

The black-headed spider monkey is distributed in:

Finally, the Peruvian black spider monkey can be seen in countries such as:

Take a look a the types of monkeys on another continent with our guide to the monkeys of India.

What does the spider monkey eat?

The spider monkey is a mainly herbivorous animal, generally feeding on ripe fruits. To a lesser extent, they also include in their diet flowers and leaves from plants present in their habitat. They do not have a specialized diet. Rather, they will feed on what is available in their habitat, something which can vary throughout the year.

Some types of spider monkey may eventually switch to an omnivorous diet as they include insects and arachnids. In this way, particular foods spider monkeys eat include:

If you want to read similar articles to Types of Spider Monkeys, we recommend you visit our Facts about the animal kingdom category.

Bibliography
Are Spider Monkeys Endangered?
Anatomy of a Spider - Different Spider Body Parts
Eyes of Spiders - How Many Eyes Do Spiders Have?
New
Different types of Ticks - Tick Species
Related categories
Endangered animals
Most read
1.
What Animal am I According to my Zodiac Sign?
2.
10 Most Beautiful Animals in the World
3.
What Does It Mean When a Cat Shows Up at My Door
4.
The 10 Most Solitary Animals in the World
5.
Animals With Scales - Full List
6.
Why do Dogs Get Stuck when Mating?
7.
My Female Dog In Heat Won’t Accept A Male - Causes
8.
How Many Types of Lions Are There?
Types of Armadillos
Different Types of Leopards
10 Native Monkeys of India - With Pictures
What is the Most Venomous Spider in the World
Types of Felines - Characteristics and Examples
Why is Hanuman a Monkey?
Are Wolf Spiders Venomous?
How Do Spiders Reproduce? 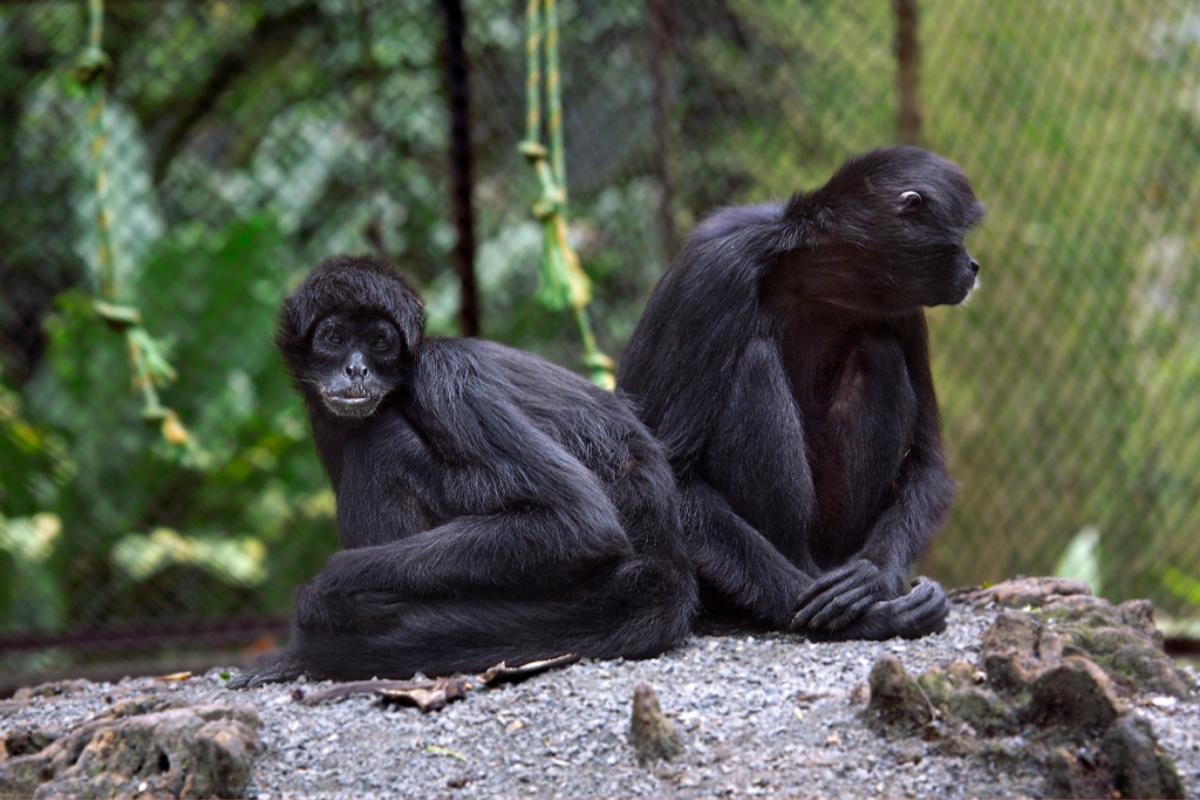 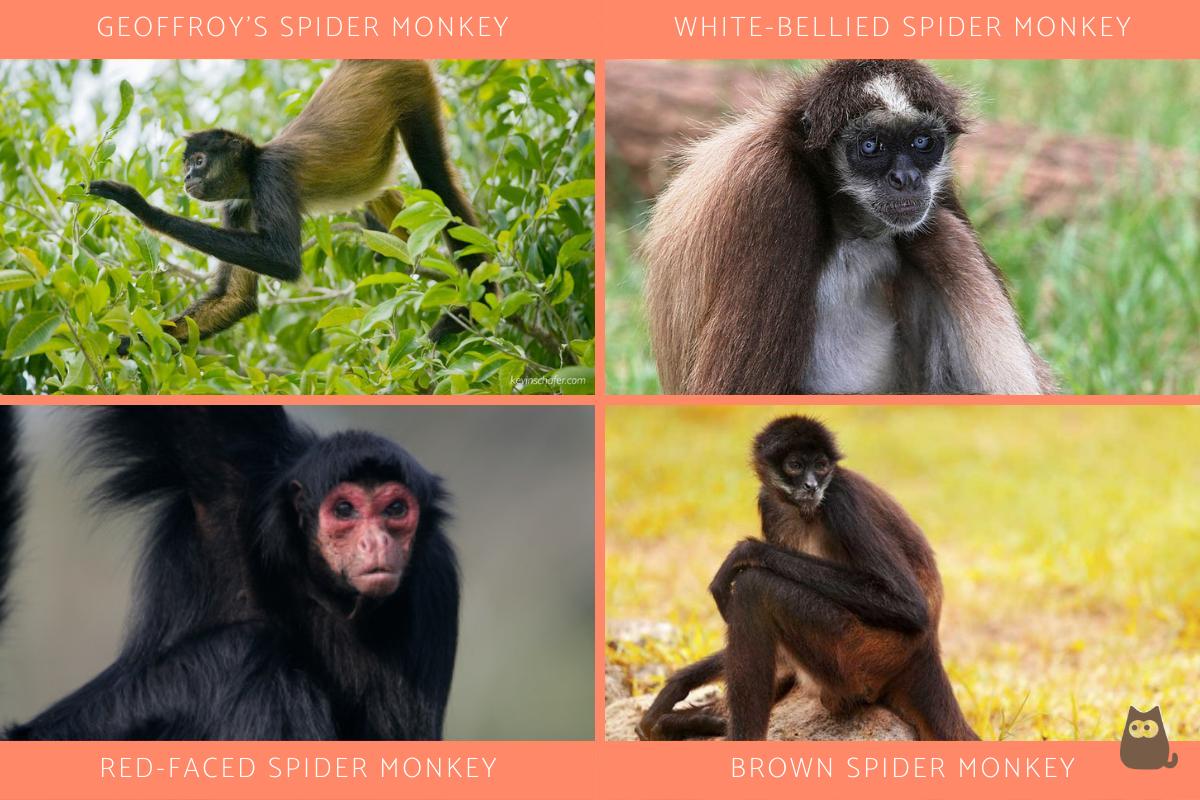 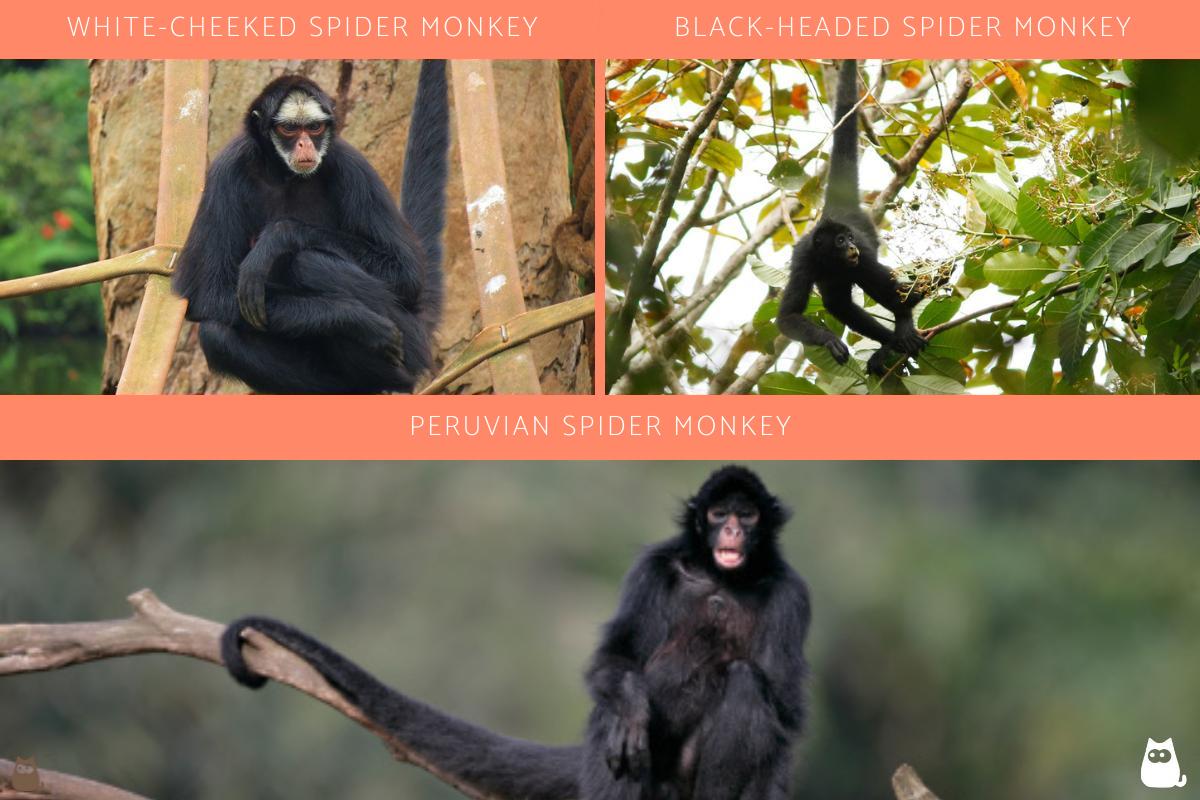 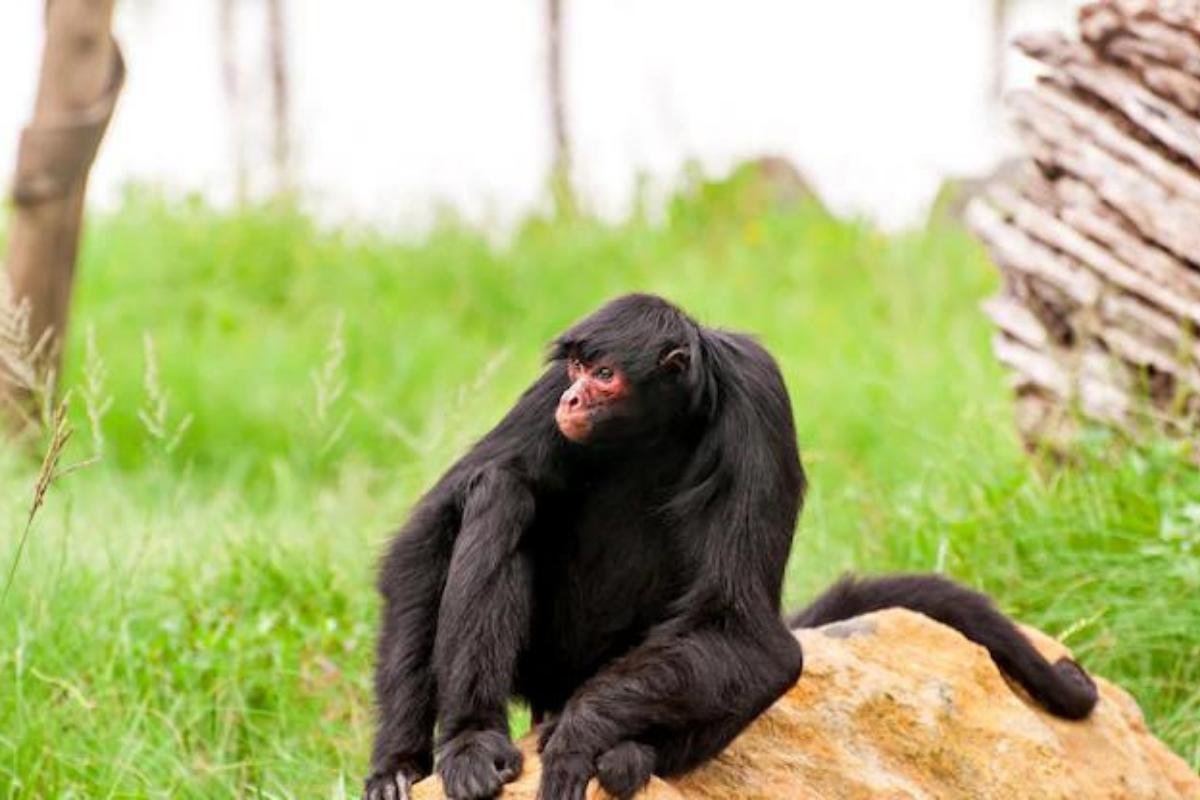 1 of 4
Types of Spider Monkeys
Back to top