By Nick A. Romero, Biologist and environmental educator. May 26, 2022

The threats to biodiversity on our planet are not new phenomena. For decades, researchers, scientists, campaigners and anyone witness to the loss of animal and plant species on this plant have known the score. Some animals tend to have a greater spotlight shone upon them. Animals like the panda bear, gorilla and others are commonly associated with wildlife conservation. Unfortunately, so many species are under threat, it is hard to know which are in greater need of protection. At AnimalWised, we look at just one species which you may wonder whether they fall into this category. This is why we ask are spider monkeys endangered?

You may also be interested in: Critically Endangered Monkey Species
Contents

Unfortunately, the simple answer is that spider monkeys are in danger of extinction. What makes the answer more complicated is that the term ‘spider monkey’ refers to various simian species that belong to the genus Ateles. There are seven primate species in this genus which are all known as new-world monkeys as they inhabit the American continent.

To know the conservation and threat levels of spider monkeys, we need to look at each spider monkey species individually:

As you can see, although not all spider monkey species are considered officially ‘in danger of extinction’, all are under threat. We will look at the specific reasons for this in the next section. As you may have expected, they are not the only primates which are faced with such population concerns. Take a look at our article on critically endangered monkey species to see others.

Why are spider monkeys considered endangered?

There are several reasons that have caused spider monkeys to be in danger of extinction. Here we look at the main factors in more detail:

As we can see, human-derived threats are those which most affect spider monkeys. We can see how human intrusion on wild ecosystems also affects other animals with our article on the most endangered species in North America.

The endangered status of spider monkeys, some of which are critically threatened with extinction, is a worrying situation. Our knowledge of extinct species makes us aware that conservation efforts don't always work. Often this is because they are too little too late, although many other factors contribute. For this reason, we need to raise awareness and understand what conservation efforts are in place:

Despite the fact that no species of spider monkey is currently considered completely extinct, their populations have been completely extirpated in certain areas. This alerts us to the very serious threats these animals face. The introduction and application of more drastic measures is required to help these spider monkey populations recover and help redistribute them in these areas.

Now we know about the potential fate of spider monkeys, we are saddened to say that many other species are also considered endangered. To learn more, read our related articles on the endangered animal species of Peru and the marine animals more in danger of extinction.

If you want to read similar articles to Are Spider Monkeys Endangered?, we recommend you visit our Endangered animals category.

Bibliography
Why Are Giraffes Endangered?
Endangered Animals of the Mangrove Forests
Why are Bengal Tigers Endangered?
Why Are Snow Leopards Endangered?
Related categories
Facts about the animal kingdom
Most read
1.
What Animal am I According to my Zodiac Sign?
2.
What Does It Mean When a Cat Shows Up at My Door
3.
10 Most Beautiful Animals in the World
4.
Why do Dogs Get Stuck when Mating?
5.
Animals With Scales - Full List
6.
Examples of Vertebrate and Invertebrate Animals
7.
Differences Between Deer, Elk, Moose and Reindeer
8.
Can Cats Absorb Negative Energy?
Endangered Animals of India - With Pictures
Why are Kiwis Endangered? - Facts and Figures
12 Animals in Danger of Extinction in Peru
Are Bees Endangered? - What We Can Do to Help
Are Lemurs in Danger of Extinction?
Why are Giraffes a Vulnerable Species?
Why Is the Red Panda Endangered?
Most Endangered Species in North America 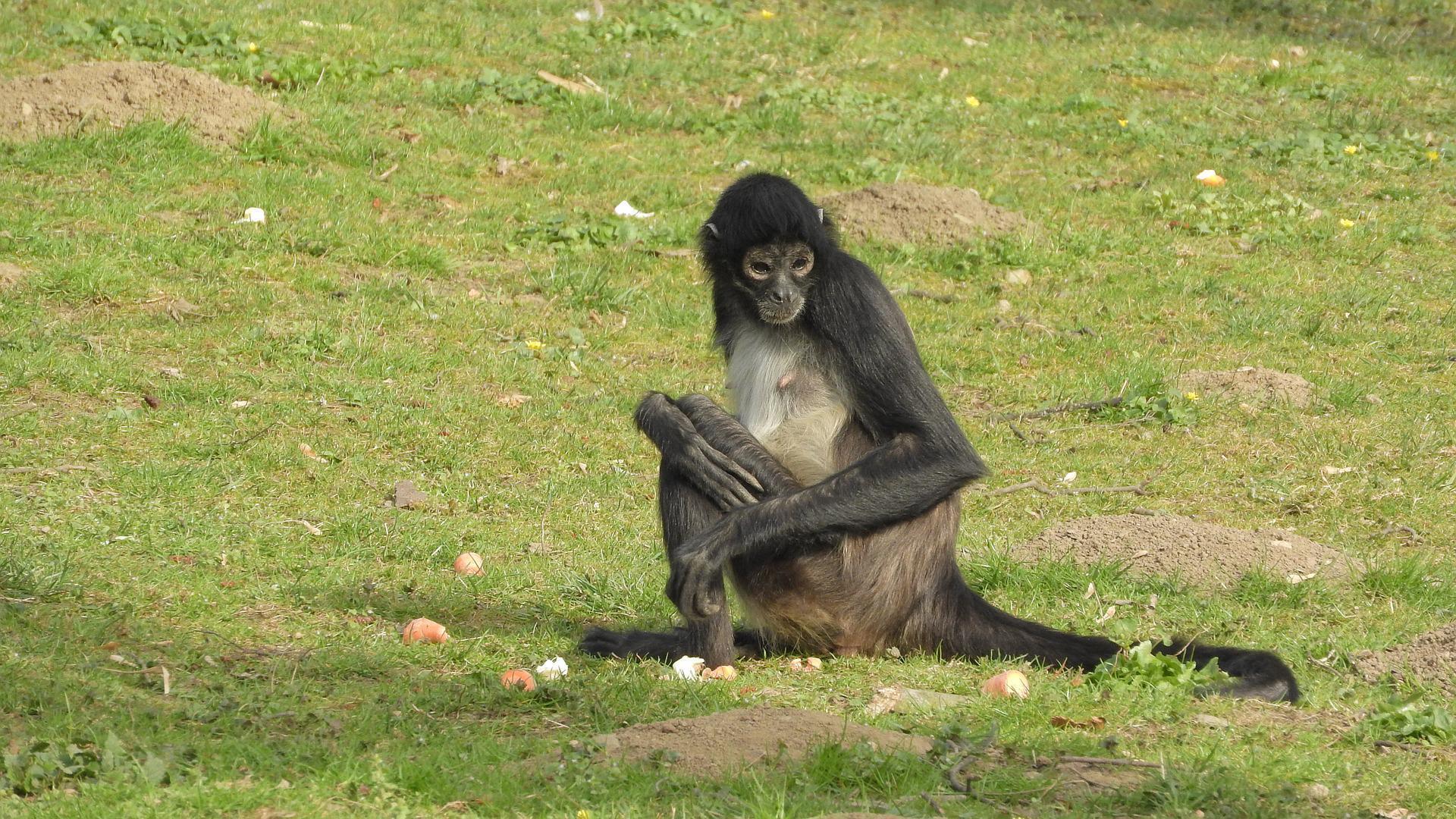 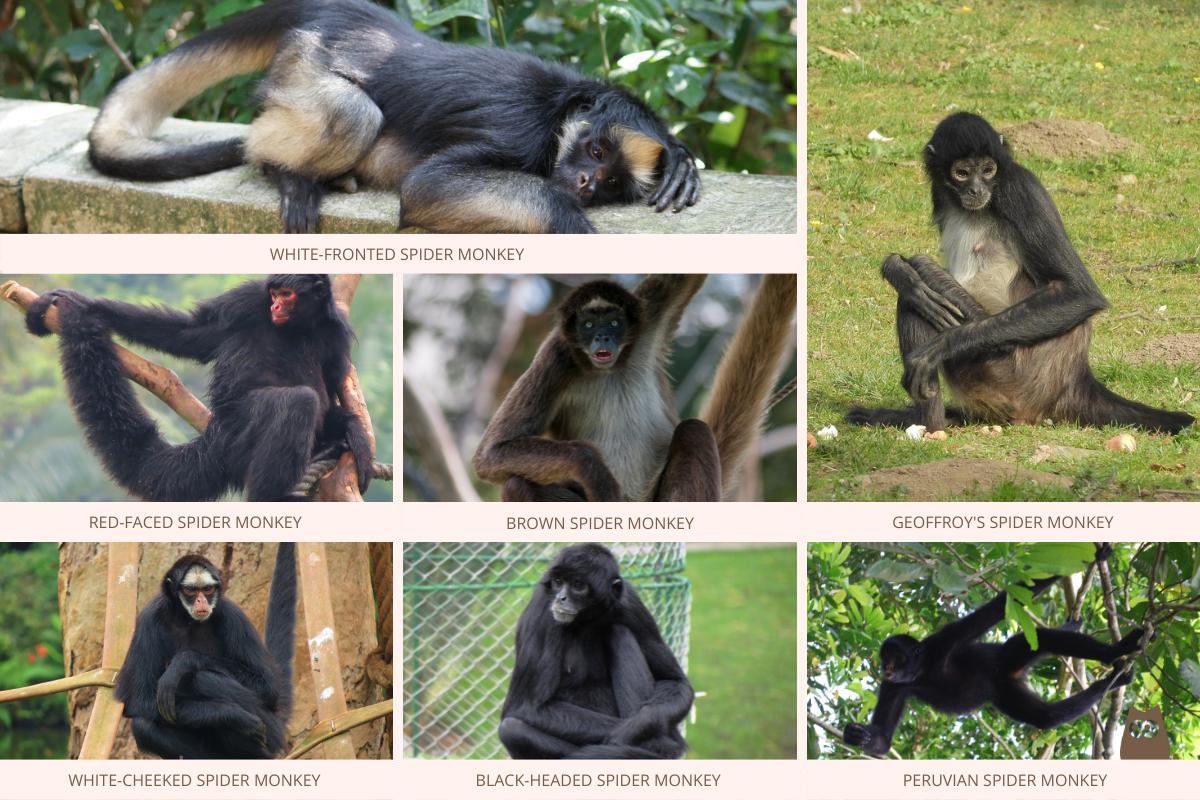 1 of 3
Are Spider Monkeys Endangered?
Back to top