What Are Seed Predators? Granivorous Birds and their Diets

Animals are classified according to different criteria, but one of the most common divisions is based on their diet: You've probably heard of carnivorous, herbivorous and omnivorous animals. Have you heard about granivorous animals, though?

Granivores, or "seed predators", are animals that feed mainly or only on seeds from plants. Granivorous animals include mammals and insects, but birds are the most famous ones. Most granivorous birds are quite small, and depending on the stage of their lives they may also eat insects or flowers.

In this AnimalWised article you will discover what are seed predators, focusing on granivorous birds and their diets, with the help of descriptions and pictures. Read on!

You may also be interested in: What is the Best Diet for a Canary?
Contents

The zebra finch (Taeniopygia guttata) is a small and sweet-looking bird that lives in large communities. Although they are originally from the forests and grasslands of Australia, today you can find zebra finches around the world as they are very popular as pets.

Indeed, zebra finches are among granivorous birds as they mainly feed on seeds, but they also incorporate fresh vegetables into their diet to get the right amount of vitamins. If you keep zebra finches, you may be interested in our articles on the diet of the zebra finch, the fruits and vegetables they can eat, and how to protect their nest.

The European goldfinch (Carduelis carduelis) is noticeable for its red face and brown and yellow plumage. It is a wild bird that everyone should see and hear at least once in their lives, as it is famous for its singing qualities. One of the most characteristic features of the European goldfinch is the thin black line that stands out on the its black wings.

The European goldfinch, one of the most prized songbirds, is one of the birds most affected by the capture by poachers and badly practiced breeding. This is why it is a protected bird in most countries and its capture from the wild has severe consequences.

This beautiful bird lives not only in Europe but also western Asia and North Africa. Goldfinches are granivorous birds, as they eat mostly seeds from thistles (which give them their scientific name), teasles, and niger seed as well as insects. They live in flocks, in which you can easily distinguish males from females.

The sparrow is not a species, but a family of birds called Passeridae. Sparrows, just like the finches discussed above, are sexually dimorphic, meaning males and females have variations in their plumage that make them different and easily distinguishable. They are also mainly seed predators, that is, granivorous animals.

American sparrows are actually quite similar to finches, and they aren't part of this family. House sparrows (Passer domesticus) are native to Eurasia, but they have spread almost all over the world as they adapt easily to urban environments. European tree sparrows (Passer montanus), which also live in Eurasia, live comfortably in cities as well.

Sparrows tend to live in flocks, which can also include birds from other species like finches and canaries. Besides seeds, they also eat insects and other foods they can scavenge from human sites.

The picture below shows an European tree sparrow.

Of all seed-eating birds, the crossbill genus (Loxia) is one of the most unique and interesting. While crossbills are within the family of finches, they are instantly recognizable as their beak has a peculiar cross - hence their name.

This variation in its anatomy allows the crossbill to remove the seeds from hard pine cones. Crossbills are capable of anything to get the seeds to eat; they even extract the seeds from apples!

The crossbill is slightly larger than the sparrow, and the difference between the sexes can be seen in their color, as adult males have red or orange plumage while females are olive green or yellow. It can mostly be found in America and Europe.

The Atlantic canary (Serinus canaria) is another bird known worldwide for being both a granivorous animal and, in its domesticated variant, an excellent pet. Canaries are intelligent and sociable birds; they enjoy singing in the morning and brightening any bird lovers day.

Atlantic canaries in the wild are not as common as other birds. They are native to the Canary Islands and other archipelagos in the Atlantic Ocean, but they have been introduced to other places like Hawaii and Puerto Rico. Wild canaries are more toned down and subtle in color, with brown and yellow plumage.

Canaries feed mostly on seeds from grass, weeds and fruits, but also insects. If you keep canaries, you might be interested in our article on what is the best diet for a canary.

Lovebirds are a genus of birds, and their scientific name is Agapornis. They are native to Africa, but they can be found all around the world as they are popular and cherished pets. Lovebirds are one of the smallest kinds of parrots.

There are a nine species of lovebirds, each with particular colors and markings on the plumage. However, they all have one thing in common: They love living with a partner. Lovebirds are intelligent birds and they can easily learn to do certain things in exchange for food and attention. They are also very sociable.

In captivity, their diet must include seeds and grains like millet, oats, safflower and buckwheat but also nuts, fresh vegetables and fruits. They can also eat flowers.

We couldn't leave the Australian budgerigar (Melopsittacus undulatus) off the list, as it is the most popular pet bird in the world. Just like lovebirds, budgies - and most of the other parakeets - are social birds that love to live in pairs and enjoy attention and treats from their family.

Budgerigars are chatty and friendly, and they come in a variety of colors and breeds. If you're interested in keeping these beautiful birds, we recommend our article on caring for a parakeet.

Bengalese or Society finches (Lonchura striata domestica) are small in size. This beloved pet bird is purely domestic, and it isn't found in the wild. It descends from the Asiatic white-rumped munia, but its colors are darker and it is certainly more docile.

Bengalese finches can coexist beautifully with other birds such as zebra finches because of their quiet and subdued character; in fact, a pair of male Bengalese finches make good foster parents for eggs and chicks from other species. The Bengalese finch is another granivorous bird; it mostly eats millet and canary seed.

The common or St Helena waxbill (Estrilda astrild) gets its name from its physical appearance, because its tiny, pointed beak is the same bright coral color as the wax that was used to seal letters in older times. They are very beautiful and valued birds, notable for the beautiful coloring around their eyes that reminds us of fashionable eye shadow.

The common waxbill is a seed predator; this granivorous bird feeds mostly on grass seeds, but during the breeding season they may eat an insect to boost their protein intake. It lives in large communities of birds in much of sub-Saharan Africa, but it has spread to Southern Europe, the east of South America and even some Pacific islands.

We finish this list with the Gouldian, Lady Gouldian or rainbow finch (Erythrura gouldiae), a rarer kind of bird native to Australia. The Gouldian finch is difficult to keep in captivity; their breeding is expensive and they take a long time to reach adulthood, which makes them very delicate specimens. The population in the wild is declining, and they have near threatened species status.

Gouldian finches are a very beautiful and coveted species because of their beautiful and striking colors, but the truth is that they require owners with love, passion and desire to care for them, but also with expertise and knowledge. Like the other finches, they are granivorous birds; they mostly feed on sorghum and grass seeds.

If you want to read similar articles to What Are Seed Predators? Granivorous Birds and their Diets, we recommend you visit our Healthy diets category.

What Do Lovebirds Eat?
What do Pigeons Eat? - Pigeon And Dove diet
What Do Baby Birds Eat? - Feeding Chicks
What is the Best Diet for a Chinchilla?
Related categories
Homemade dietsDiet problemsLactationDiets to gain weightDiets to lose weight
Most read
1.
What is the Best Diet for a German Shepherd Puppy?
2.
Why Does My Dog Only Eat Once a Day?
3.
How to Cook Chicken for Cats
4.
How Much Food Should I Feed My Cat?
5.
Tortoise Food List - What They Can and Can't Eat
6.
What to Feed a 1 Month Old Kitten - Bottle Feeding and Amount
7.
A Homemade Diet for Dogs with Kidney Failure
8.
My Dog is Too Skinny But Still Eats a Lot
Diet of the Zebra Finch
What Foxes Eat - Diet of Foxes by Species
Are cats Carnivores or Omnivores?
What Vegetables Are Safe for Rabbits To Eat?
What Do Opossums Eat? - Baby and Adult
A Penguin's Diet: What Do Penguins Eat?
What Fruits and Vegetables are Good for Guinea Pigs? Complete List
What do Starfish Eat? - Starfish Diet

What Are Seed Predators? Granivorous Birds and their Diets 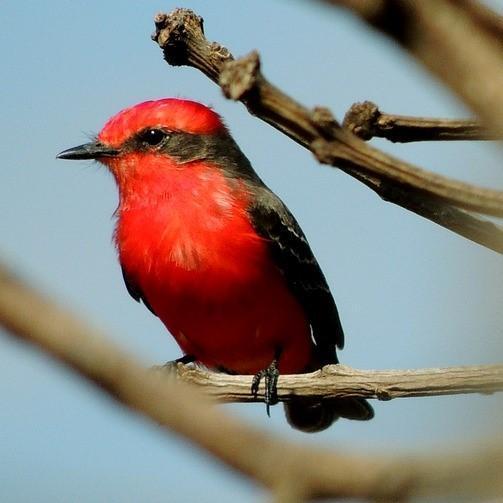 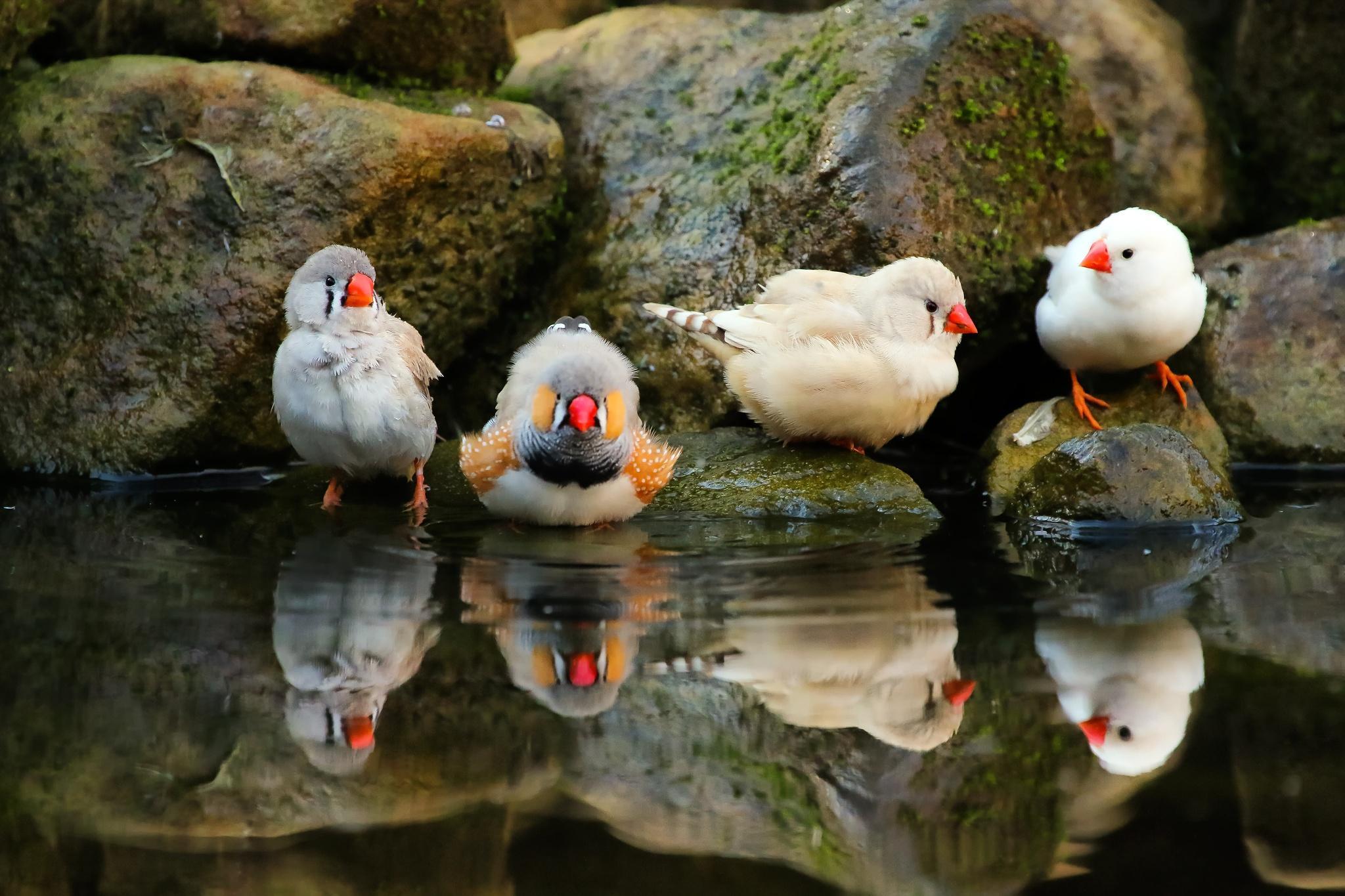 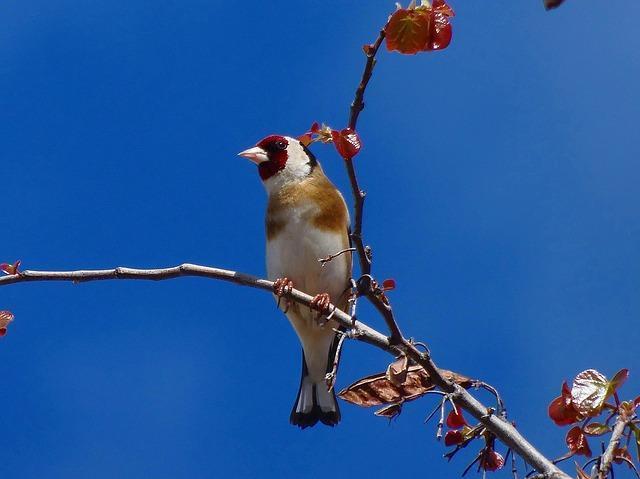 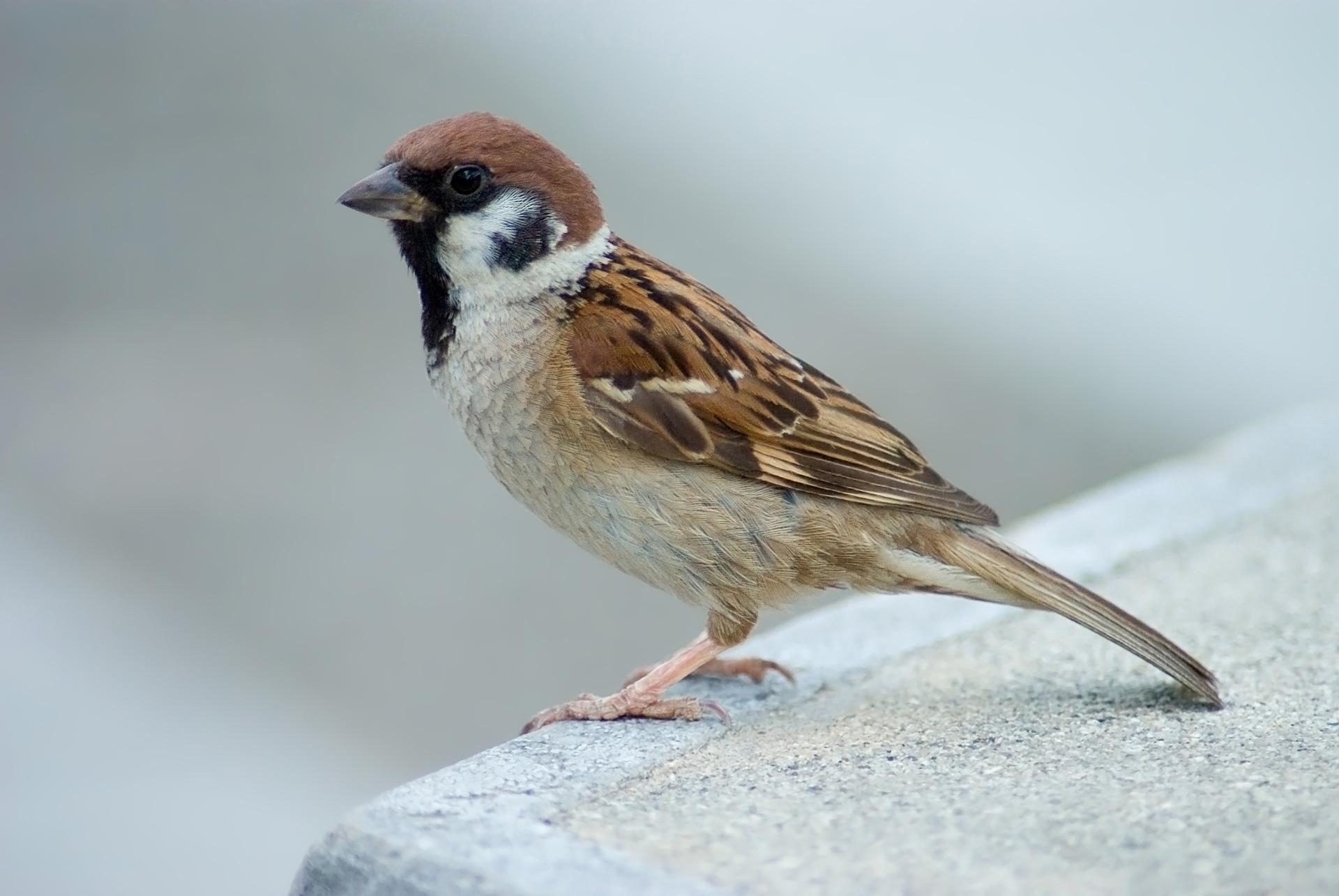 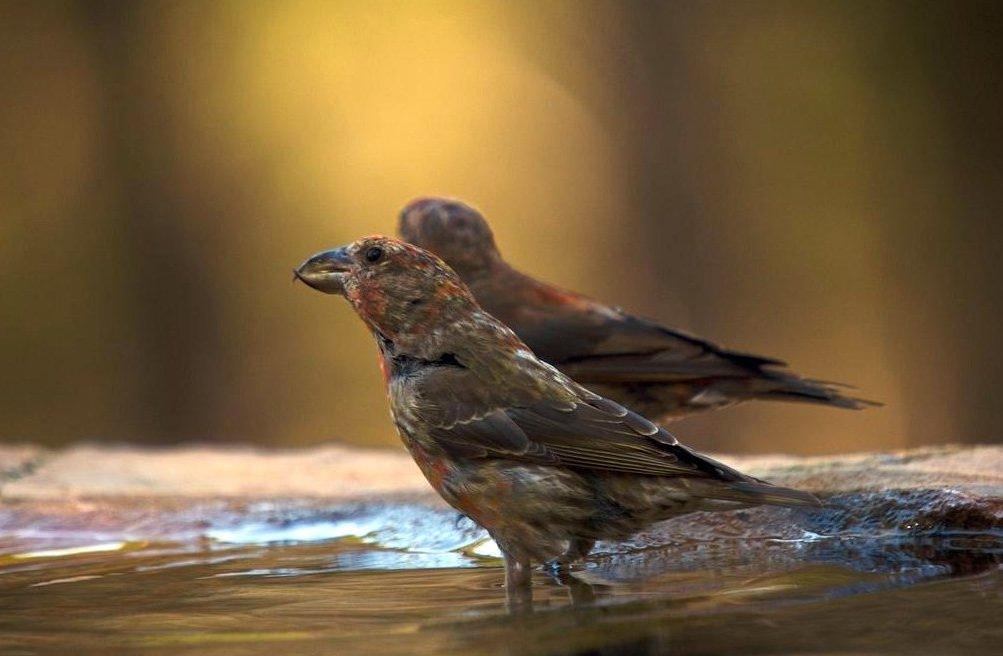 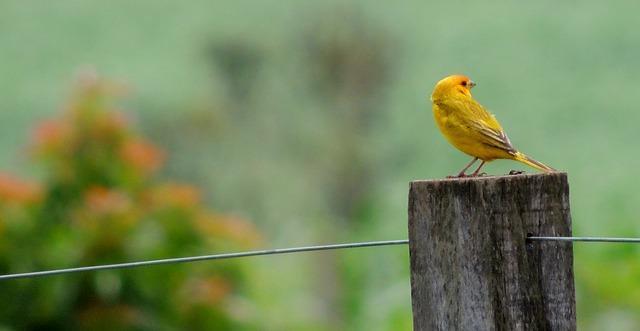 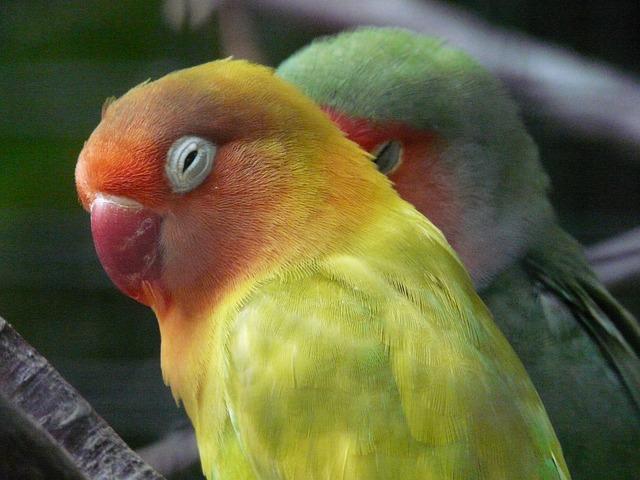 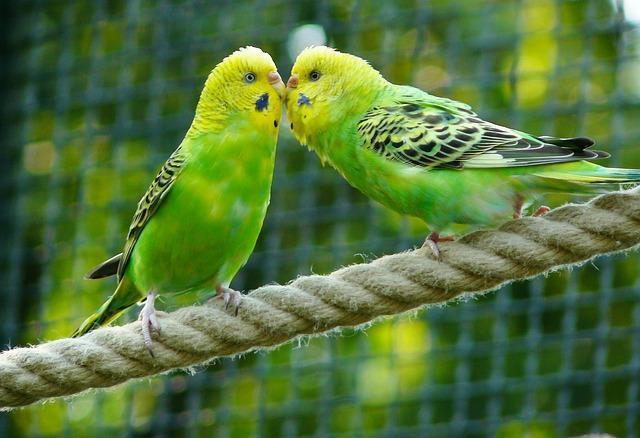 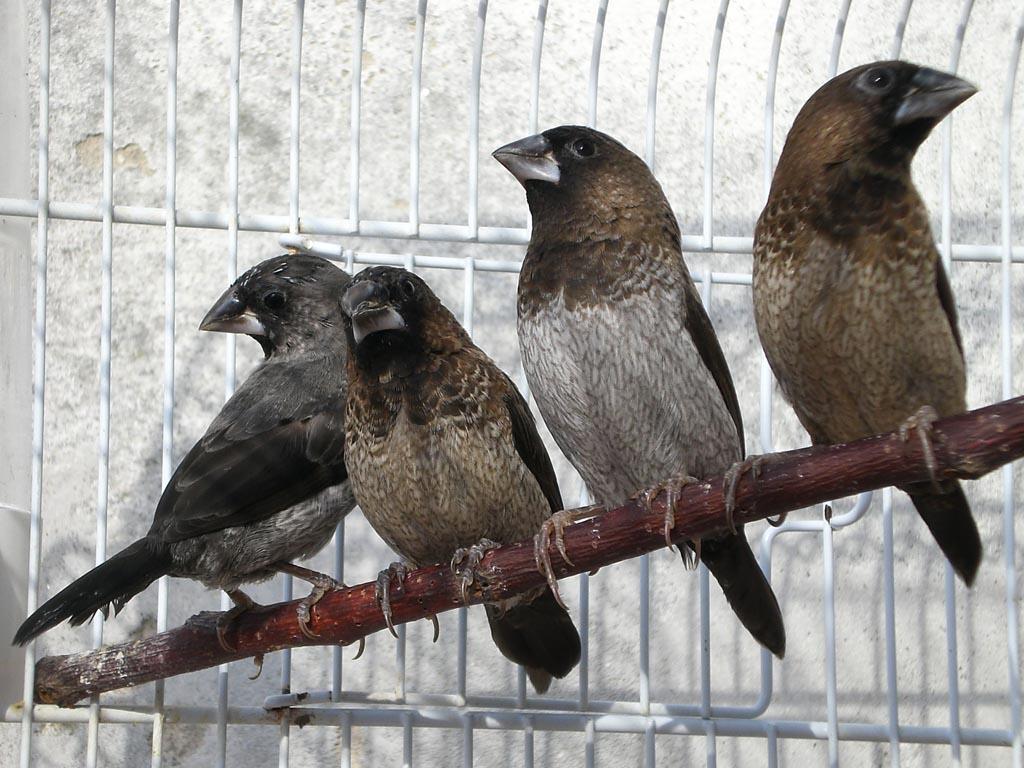 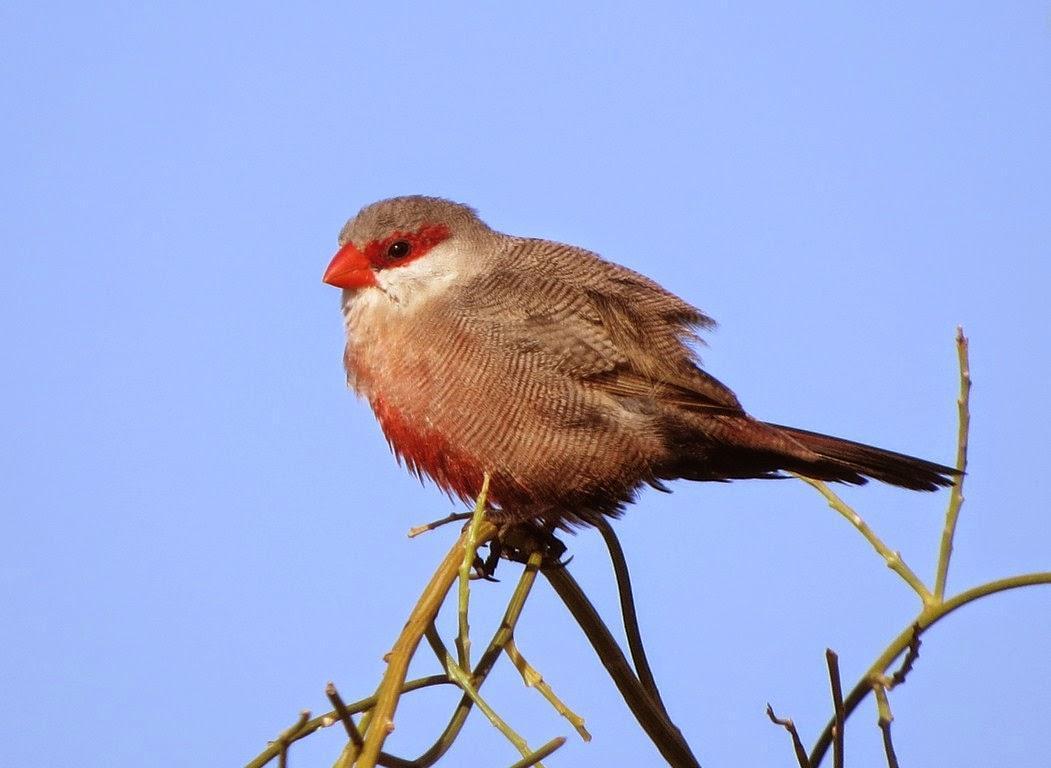 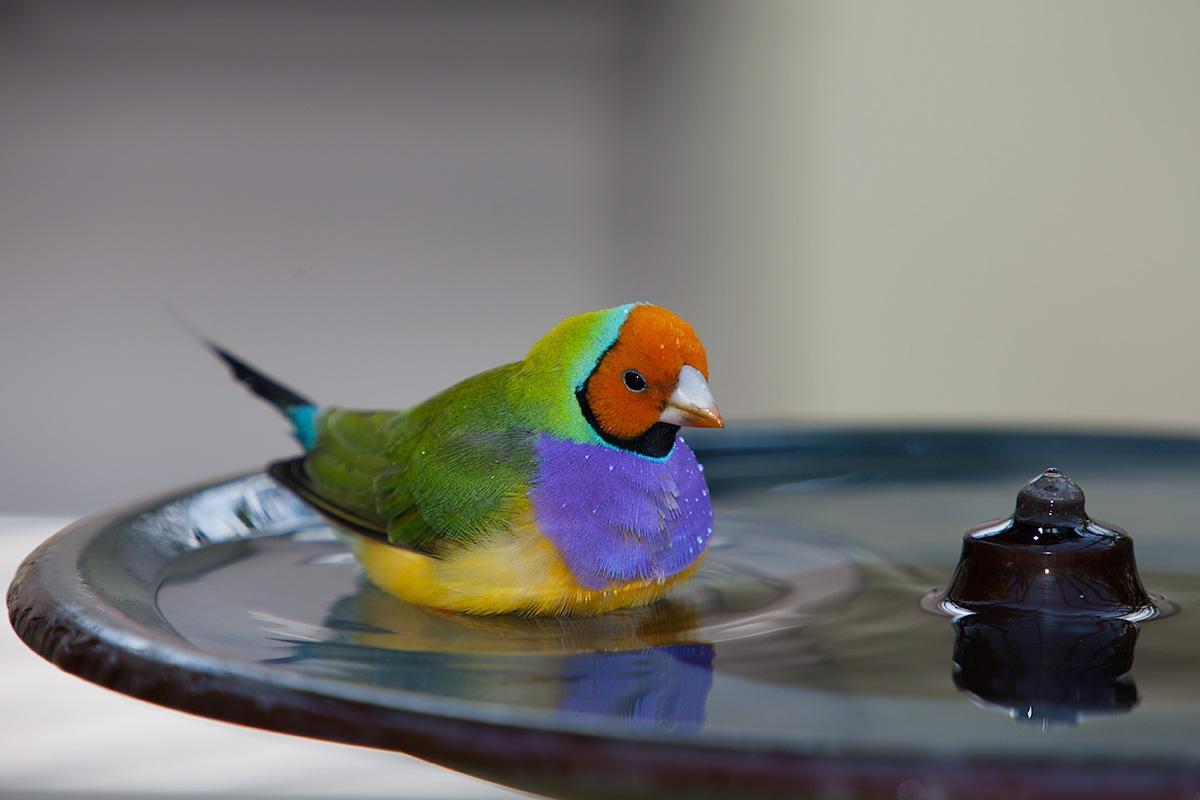 1 of 11
What Are Seed Predators? Granivorous Birds and their Diets
Back to top