What Do Cockroaches Eat?

By Nick A. Romero, Biologist and environmental educator. Updated: October 24, 2022

The term cockroach refers to a diverse group of insects belonging to the order Blattodea, which in turn is divided into three superfamilies, each with distinct species. In fact, there are more than 4600 species. Most have a limited distribution, while others are found throughout the world and are even considered pests in certain regions. In some cases their diet depends on their environment, but in most cases cockroaches will eat just about anything they find.

In this AnimalWised article, we explain what cockroaches eat, what diseases they carry and how to get rid of them.

The diet of cockroaches

Cockroaches are omnivores, which means they eat both plants and animals. Although cockroaches can live a long time without eating anything, they spend most of their time either eating or searching for food, and food determines much of their behavior.

American cockroaches, one of the most widespread species in the world, can survive two to three months without food, but only about a month without water.

Most cockroach species feed on whatever is available to them in their habitat, primarily plant material, other insects, and fungi. However, there are at least 30 species of cockroaches that live in urban areas and therefore consume a variety of foods found in cities.

If it comes from an animal or plant, chances are good that cockroaches will eat it. They are not picky eaters, but they prefer fatty foods (like French fries and things covered in butter and bacon grease), starchy foods (like bread and cereal), meat products, and sweets. Cockroaches even like beer, and some people use beer as bait in homemade cockroach traps.

What do cockroaches eat?

Having established that cockroaches eat anything humans eat, it is important to remember that they can also eat materials that come from living organisms, even if humans don't eat them. Some of these include:

Now that you know all the different things cockroaches feed on, you might be wondering how are they able to digest all these materials that which are not edible for most animals. The answer lies in their digestive system, which we will explain below.

In the meantime, you might be interested in this other article where we explain what omnivorous animals are.

The digestive system of cockroaches is generally the same as that of insects. In this sense, we can distinguish three parts.

In order to be able to digest food, some cockroaches, such as the Australian wood cockroach (Panesthia cribrata), use specific digestive enzymes produced by the animal. However, most cockroaches harbor in their gut protozoans and bacteria. Cockroaches rely on this symbiotic relationship with certain microorganisms in order to digest certain foods, mainly cellulose.

Cockroaches are not born with these microorganisms, they need to acquire them through a transfer mechanism known as proctodeal trophallaxis. The parents transfer such symbionts organisms from their anus into the mouth of the small newborn nymphs.

What do cockroach nymphs eat?

Cockroaches have a developmental form known as hemimetabolous. Their development includes three distinct stages: the egg, the nymph, and the adult stage or imago.

These groups undergo gradual changes; there is no pupal stage. The nymph often has a thin exoskeleton and resembles the adult stage, but lacks wings and functional reproductive organs.

When nymphs hatch from the egg, the first food they eat is usually what remains of the ootheca. This is the structure that the female creates to lay and protect the eggs while they develop. Then the nymphs begin to feed on virtually the same things as the adults, and this depends on the food that is available in the place where they are. At this stage, cockroaches can move around and feed on their own, but it is common for them to be fed by their parents until they reach adulthood.

How do cockroaches affect humans?

Cockroaches typically carry various pathogens on their legs and mouths that cause disease in humans and pets as they move through an infinite number of locations, including spaces with microorganisms found in fecal remains, contaminated food, and decaying animals

Loaded with these pathogens such as bacteria, fungi, viruses, and helminths, these insects then enter homes and eventually end up in common areas where people find food, water, and items for personal use. They can transfer disease-causing microbes to our food and cooking surfaces simply by walking over them, causing food poisoning, diarrhea, dysentery and other illnesses.

Continue reading this other article if you want to learn more about what diseases cockroaches can transmit to humans.

How to keep cockroaches away

Getting rid of a cockroach infestation can be a complex task. These insects are quite resilient and multiply quite easily. So the sooner you eliminate their presence in your home, the more effectively you can prevent them from becoming a problem. Effective cockroach control starts with making your home unappetizing to them.

If you want to learn more about other animals that are very resilient, be sure to read this other article about organisms that live in extreme environments.

If you want to read similar articles to What Do Cockroaches Eat?, we recommend you visit our Healthy diets category.

What Do Cockroaches Eat? 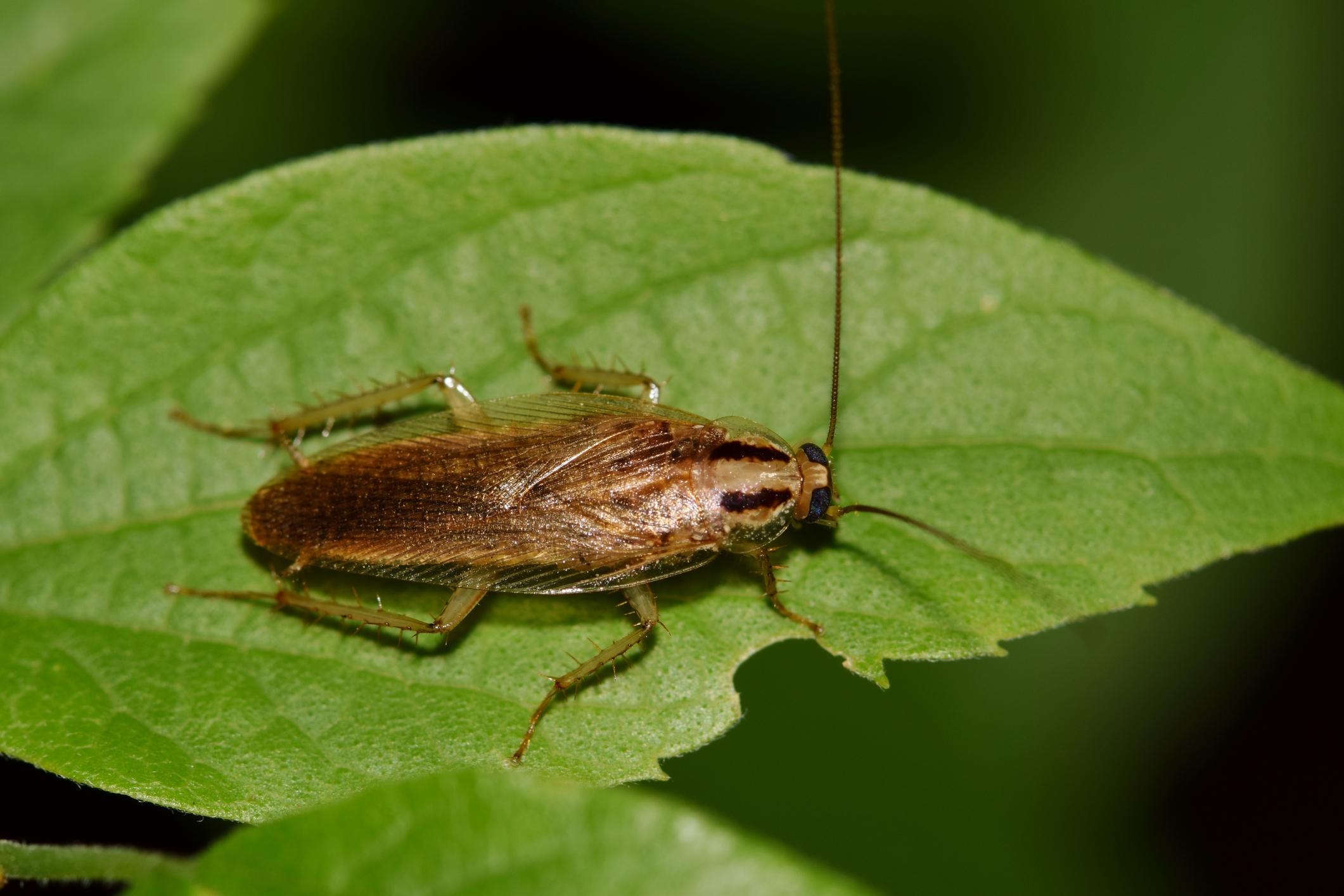 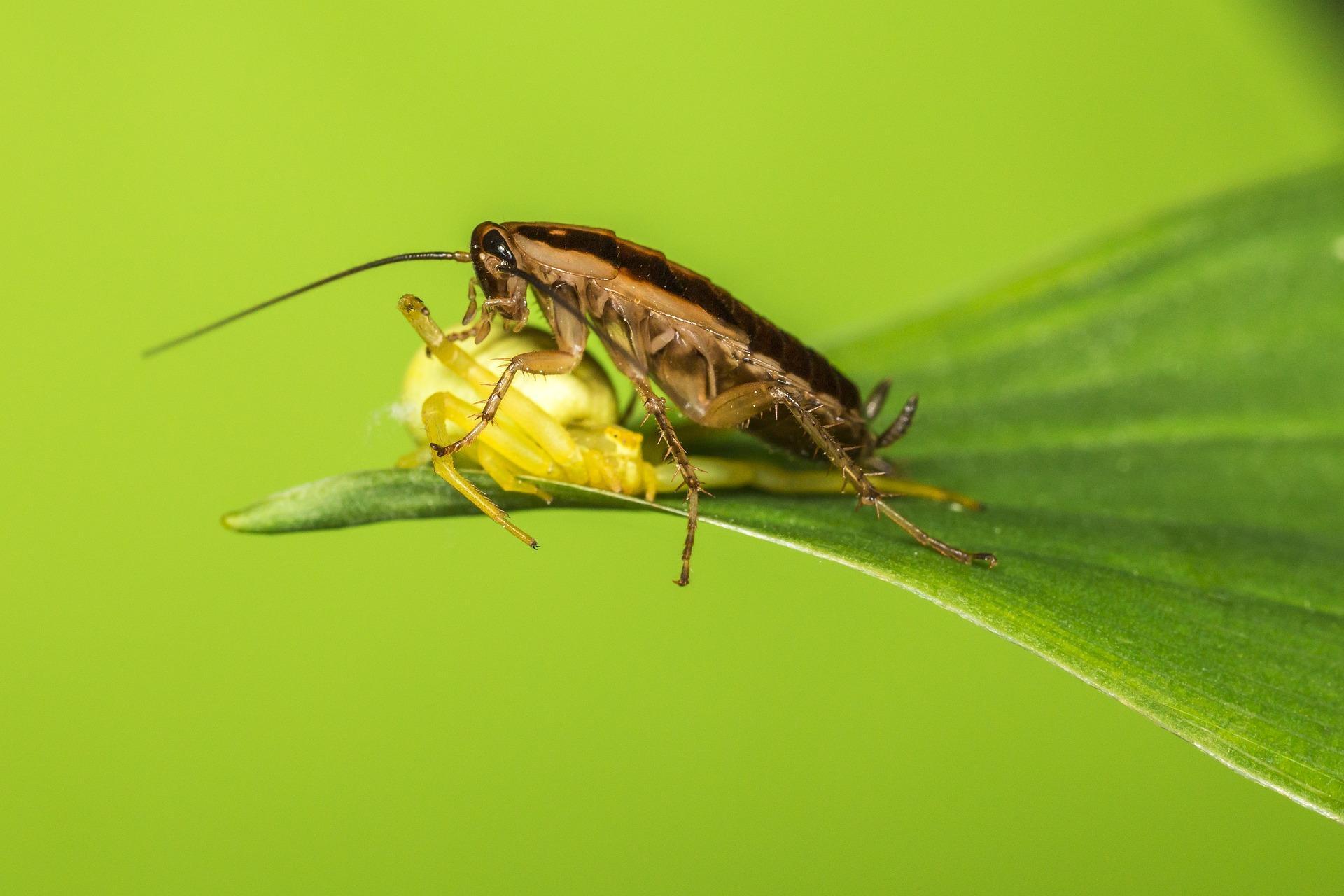 1 of 2
What Do Cockroaches Eat?
Back to top