What Do Jellyfish Eat? 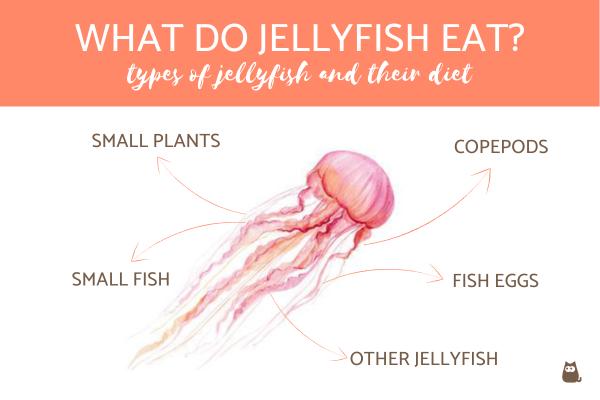 Jellyfish are very interesting sea creatures that live in all ocean waters, from warm tropical oceans to the coldest artic oceans. In this AnimalWised article we uncover what jellyfish eat, how they hunt and other fun facts!

You may also be interested in: What Do Hyenas Eat?
Contents

Jellyfish are mainly free-swimming marine animals with umbrella-shaped bells and trailing tentacles. These sea creatures live in all ocean water, but thrive in warm tropical water and cold artic water.

These creatures are actually not fish, they are actually invertebrates as they do not have any bones. In addition, jellyfish don't have brains, hearts, lungs or even eyes. Their anatomy is very primitive and yet has allowed them to survive for millions of years. In fact, there is evidence that jellyfish are the oldest multi-cellular animal on earth. They've been around since before dinosaurs roamed the earth.

There are more than 2,000 types of jellyfish known to us. Only 70 can actually hurt people. Nevertheless, scientists believe that there are around 300,000 different species of jellyfish yet to be discovered. It's important to remember that more than 80% of the ocean hasn't been explored yet.

With this grand variety of jellyfish species, their size varies greatly. The smallest species is only 1 milimeter in diameter, whereas the largest is 2 meters big, with tentacles as long as 60 meters long. Learn more in our article about the largest jellyfish in the world.

Continue reading to learn more about jellyfish, their diet, hunting methods and more!

What do jellyfish eat?

To hunt, jellyfish use the stinging cells in their tentacles to paralyze their prey before eating them. Inside their bell-shaped body is an opening that is its mouth. They eat and discard waste from this opening. Continue reading to learn more about how jellyfish hunt and digest their food.

How do jellyfish hunt?

How does a brainless sea creature hunt their prey? Let's dive deeper into how jellyfish hunt. The first important factor is their sensory receptors that they have in their bell and tentacles.

Almost all species of jellyfish activate the tentacles and their toxin when they come into contact with their food. Since they cannot differentiate humans with potential prey, accidents with these animals are very common.

As we've previously mentioned, jellyfish are opportunistic animals as they are able to consume large amount of prey by swimming or simply being carried around by the ocean currents. However, like other animals, jellyfish also have some hunting mechanisms:

In the following video shared by Sabrina Inderbitzi we can see a jellyfish hunting:

How do jellyfish digest their prey?

Although their organism is very primitive, jellyfish are capable of carrying out vital processes such as the digestion of their food. These striking animals are endowed with a single cavity, which is their mouth, followed by the gastrovascular cavity. Digestion occurs within this cavity thanks to its hair cells and digestive enzymes.

In addition, this cavity works as a system to distribute all nutrients, oxygen and as an excretory system, since jellyfish do not have a well differentiated digestive and excretory system. Therefore, jellyfish use the same cavity to eat their food and also to eliminate waste.

You may also be interested in our article about how jellyfish reproduce.

Other fun facts about jellyfish

Want to learn more? Read our article on animals without a brain.

If you want to read similar articles to What Do Jellyfish Eat?, we recommend you visit our Healthy diets category.

Bibliography
What Do Lovebirds Eat?
What do hamsters eat?
What Do Kangaroos Eat?
What Do Sloths Eat?
Related categories
Diets to gain weightHomemade dietsLactationDiet problemsDiets to lose weight
Most read
1.
Why Does My Dog Only Eat Once a Day?
2.
What is the Best Diet for a German Shepherd Puppy?
3.
Tortoise Food List - What They Can and Can't Eat
4.
Mother Cat is Not Producing Milk
5.
Forbidden Food for Parrots
6.
How Much Food Should You Give Your Dog?
7.
How Much Food Should I Feed My Cat?
8.
Feeding A Dwarf Rabbit
What Do House Spiders Eat?
What Food Do Snails Eat?
What Do Frog Tadpoles Eat?
What Do Raccoons Like to Eat?
What do Starfish Eat? - Starfish Diet
What Do White-Tailed Deer Eat?
A Penguin's Diet: What Do Penguins Eat?
What Do Baby Birds Eat? - Feeding Chicks

What Do Jellyfish Eat? 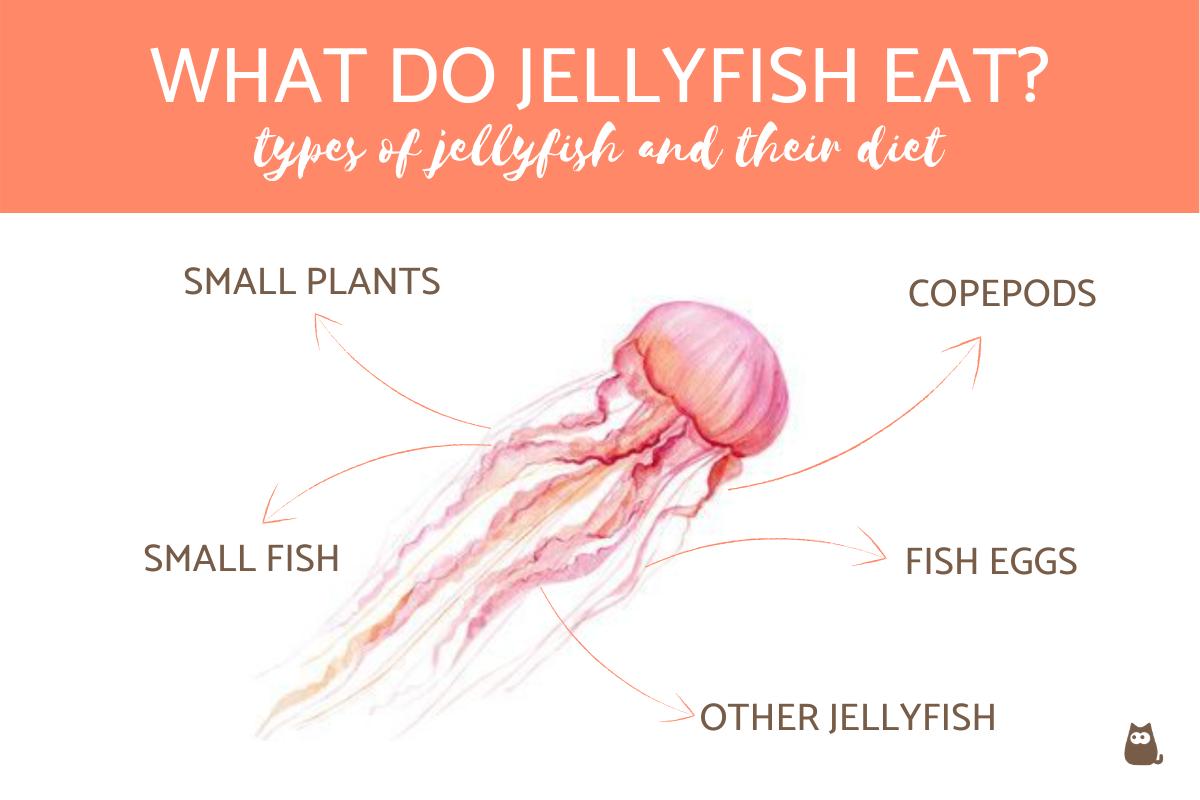 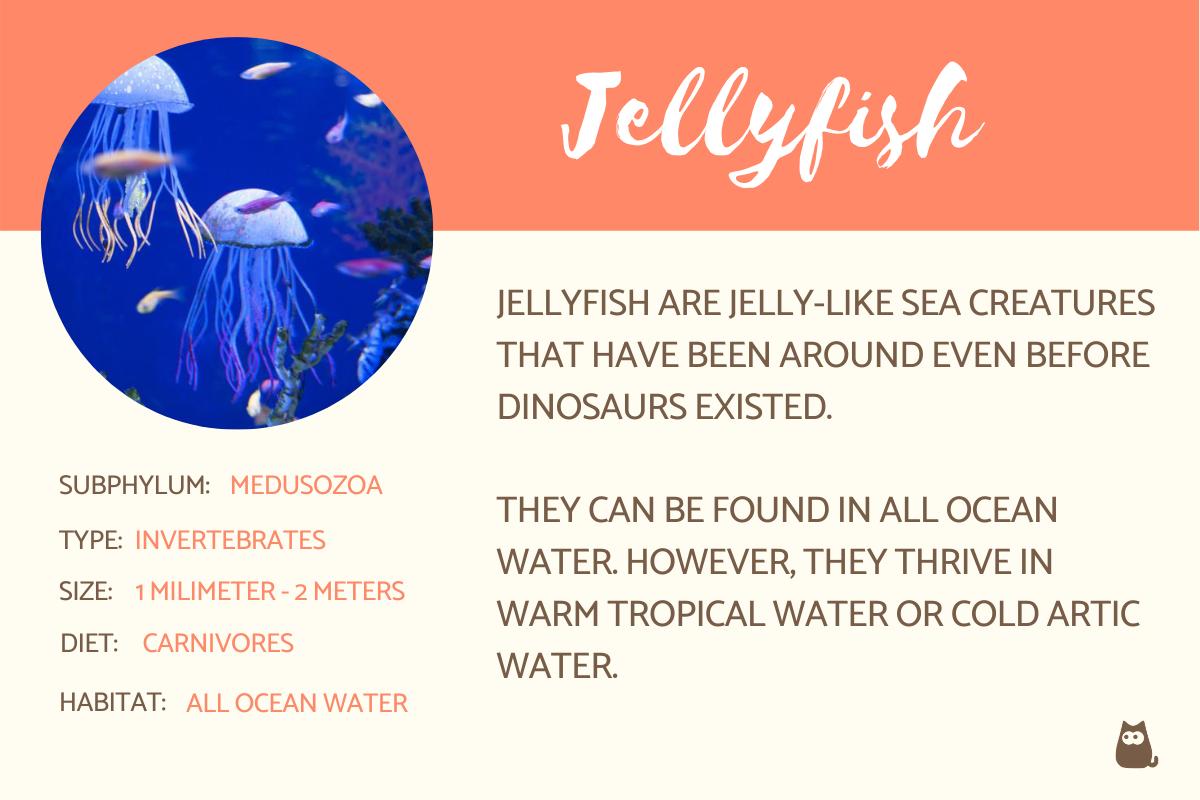 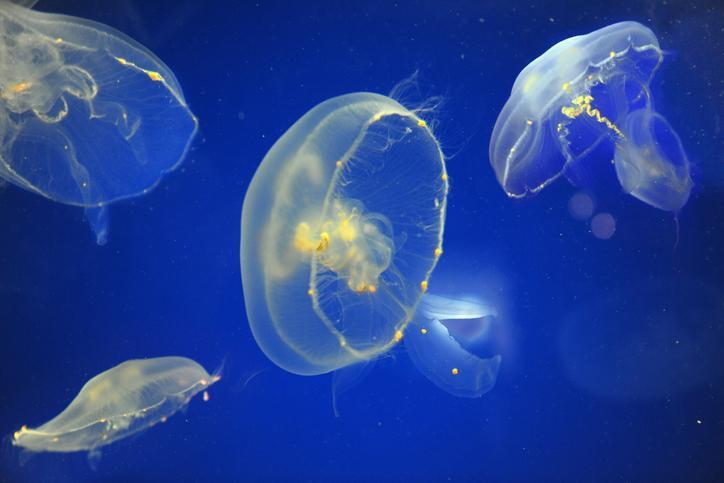 1 of 3
What Do Jellyfish Eat?
Back to top