What Do Deer Eat?

By Nick A. Romero, Biologist and environmental educator. October 26, 2022

Deer are classified in the Cervidae family of animals, which also includes elk, moose, and reindeer. The different species of deer range from single animals weighing about 20 pounds (ca. 9 kg) to huge animals weighing about 1600 pounds (ca. 726 kg). Originally, cervids are native to the Americas, Asia, and Europe, except one species that is native to Africa. However, they have been introduced to many regions, so today they have a wide distribution and their habitat varies by species.

The following AnimalWised article explains what do deer eat, depending on their age and species.

You may also be interested in: What Do White-Tailed Deer Eat?
Contents

The digestive system of deer

Because of their ruminant nature, deer feed primarily on plants, including plants of various species and parts. However, they also include fungi and lichens in their diet.

These animals have a true stomach and three additional chambers (or false stomachs) where food is fermented to break it down and extract nutrients more efficiently. The digestive process first extracts lipids, proteins and carbohydrates, which are distributed to the rest of the body through the intestines. The undigested material then forms a mass that is spit back out to be chewed again and fully digested.

On the other hand, deer are able to store certain amounts of food in their stomachs for later processing. And unlike other ruminants, they are more selective about the plants they eat. They select plants or parts of plants that are easily digested and do not consume all the available food.

If you want to learn more about deer, do not miss the following article, where we explain the different types of deer.

What do baby deer eat?

Members of the cervid family are called fawns until they are one year old. Fawns are characterized by their long, spindly legs, oversized ears, light brown body, and white spots.

As we mentioned earlier, deer are mammals and therefore feed on their mother's milk at birth. Because they drink only their mother's milk, which is rich in fat, sugar and protein, they double their weight in the first two weeks of life.

How long fawns nurse varies from species to species. The smaller animals are usually weaned at about 2 months, while it can take a little longer for the larger animals.

After a few weeks of growth, they begin nibbling on tender grasses and young shoots in order to stimulate their ruminating, four-part stomachs. For the first seven months of life, fawns feed mainly on plants, but occasionally suckle.

The fawn and its mother stay together for about a year. After that, males leave their mothers and never see them again, but females sometimes return with their own fawns and form small herds.

If you want to learn more about deer, do not miss the following article, where we explain if fallow deer shed their antlers and the processes and factors involved.

What do adult deer eat?

Deer are herbivores, specifically classified as grazers, meaning they feed on grasses, reeds, herbaceous plants, and trees. They consume various organs or parts of plants; in addition, some species consume fungi and lichens, depending on availability. These mammals preferentially opt for new shoots, tender leaves, fresh twigs and fruits, which are easier to digest.

To better understand the diet of deer, we should know what some specific deer species eat:

As mentioned earlier, deer, reindeer, and elk all belong to the cervids. So let us look at some examples of what they eat depending on their habitat:

Contrary to what most people believe, deer actually eat meat. They possess carnivorous tendencies and will reveal them from time to time. For a long time, it was assumed that they were purely herbivores, but recent studies have revealed that some deer species consume meat scraps, which include not only fish, rabbits or birds, but even humans. In addition, some deer species eat the eggs of birds resting in nests within their reach.

On the other hand, some deer live in areas adjacent to urban settlements or populated centers. Therefore, it is not surprising that when they sniff around near houses, they consume some food left by people. So it is likely that deer eat bread as well as other foods.

You may also be interested in this other article, where we talk about the differences between mule deer and white-tailed deer.

If you want to read similar articles to What Do Deer Eat?, we recommend you visit our Healthy diets category.

What Do Deer Eat? 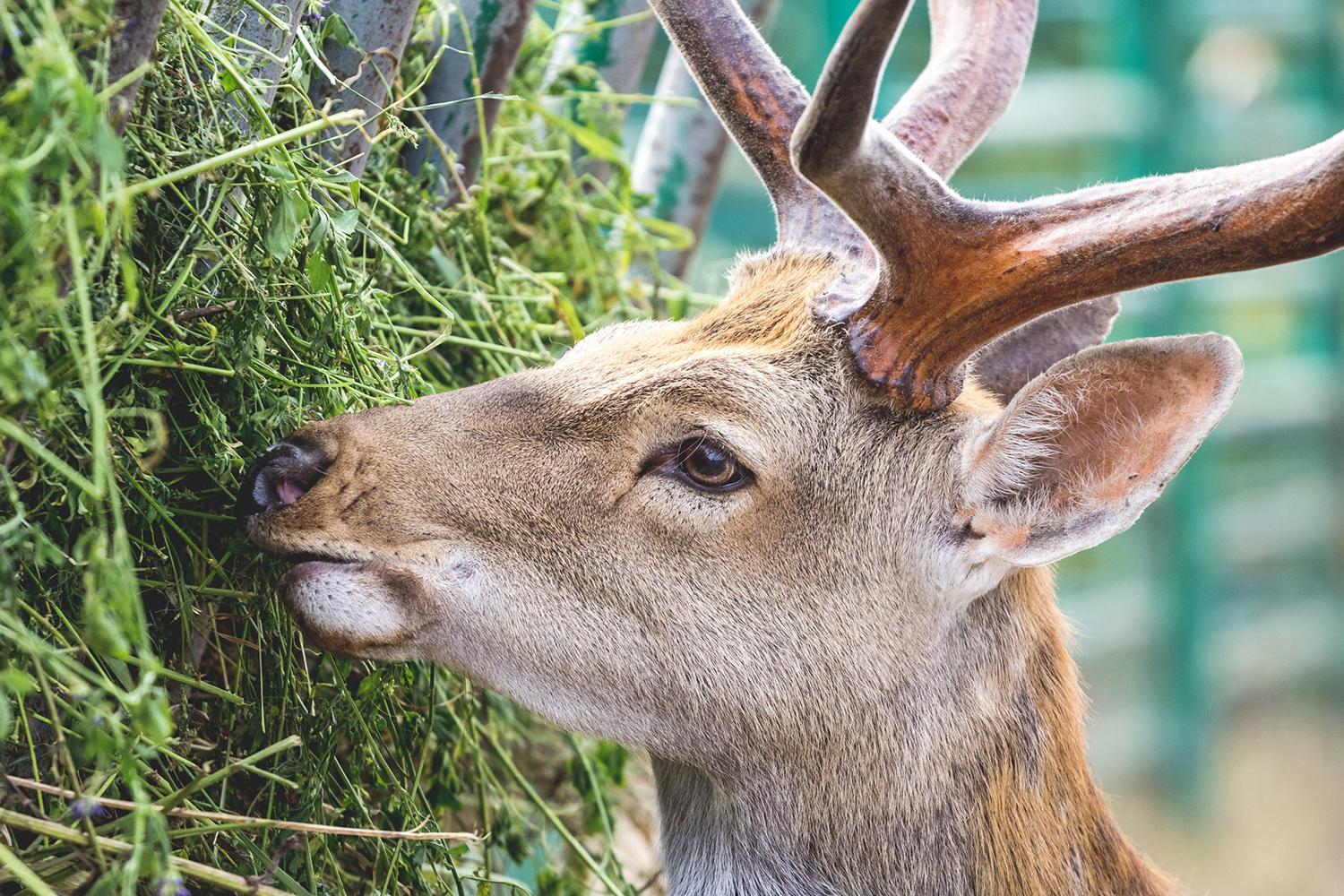 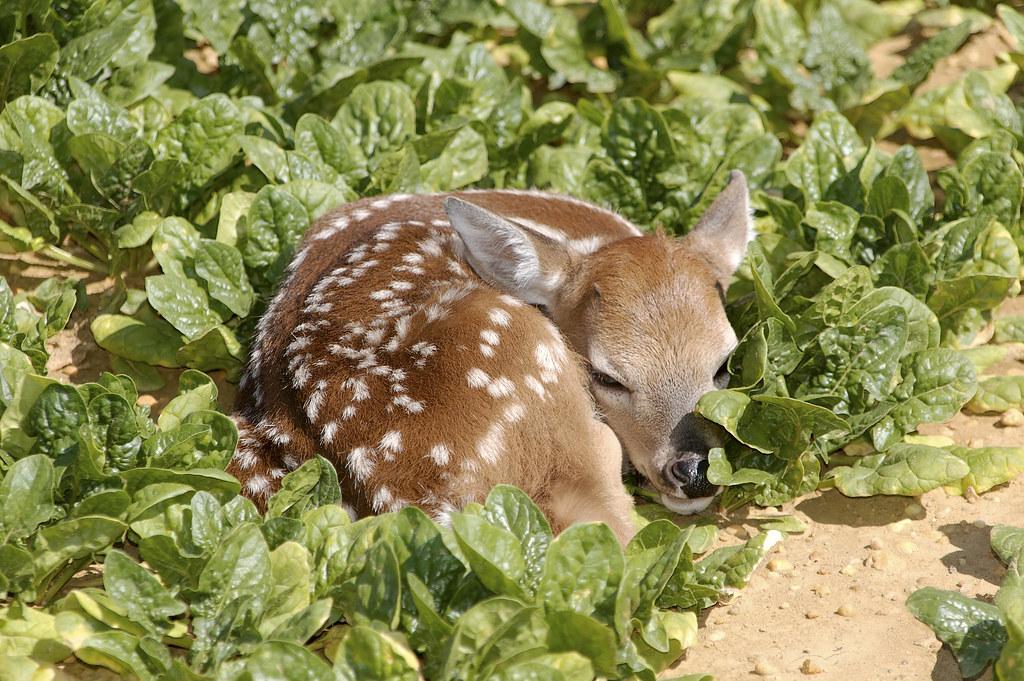 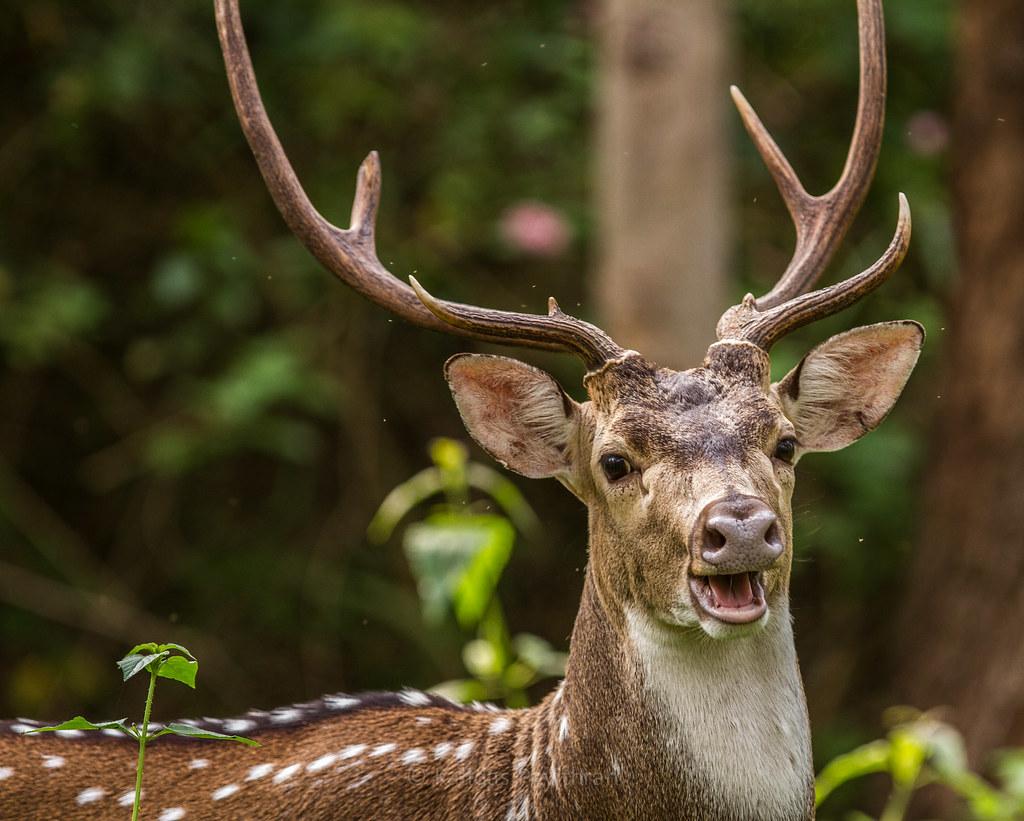