The Largest Jellyfish in the World

Did you know that the largest animal in the world is a jellyfish? It is called Cyanea capillata but is commonly known as the lion's mane jellyfish. While we may think of jellyfish as being about the size of a dinner plate, this one is even longer than the blue whale. The largest known specimen was found in 1870 off the coast of Massachusetts. Its bell averaged 2.3 meters in diameter and its tentacles reached 36.5 meters in length.

This Animal Wised article on the largest jellyfish in the world will give you all the details about this gigantic inhabitant of our seas. We also provide the runners up in the list of the biggest jellyfish ever.

Its common name ofthe lion's mane jellyfish comes from its physical appearance and similarity to the hair around a lion's head. You can find other animals in its mane, such as shrimp, palometas or juvenile prowfish. They are immune to its venom and find it a good source of food and protection from other predators.

This jellyfish has eight clusters in which their tentacles are grouped. It is estimated that its tentacles can measure up to 60 meters long and they have a color pattern ranging from crimson or purple to yellow.

They feed on zooplankton, small fish and even other species of jellyfish that are caught between its tentacles. They inject their paralyzing venom through their stingers. This paralyzing effect facilitates the ingestion of prey.

Habitat of the lion's mane jellyfish

The lion's mane jellyfish lives mainly in the icy and deep waters of the Antarctic Ocean. This habitat extends to the North Atlantic and the North Sea, giving plenty of space for the world's biggest jellyfish to swim.

Few sightings have been made because this jellyfish inhabits the area known as the abyss that lies between 3000 and 6000 meters deep. It is very rare for them to approach coastal areas. They prefer the deeper regions of the ocean because they need cool spaces to live. The warmer coastal waters are often too warm for them to survive.

If the lion's mane jellyfish does appear in coastal regions, it is likely to be due to their poor swimming ability. One reason they stay in deep water is because they can become easily caught in a current and be unable to swim back to their usual home-

Behaviour and reproduction of the lion's mane jellyfish

Like all other jellyfish, due to poor swimming ability, their movement depends directly on ocean currents. They limit themselves to vertical, and to a much lesser extent, horizontal movement. Because of these limitations in movement, it is impossible for them to chase things, so its tentacles are its only weapon to feed.

They breed in summer and autumn. Although they usually breed, they are known to be asexual. This means they can produce both eggs and sperm without the need for a partner. The mortality rate of this species is very high in the first days of life.

In most cases, a lion's mane jellyfish sting is not fatal for people even if it causes severe pain and rashes. In extreme cases, if a person was trapped in its tentacles, the large amount of poison absorbed that would be absorbed though the skin could be fatal. However, this would also depend on circumstances. It is possible someone will panic and drown. Also, those with pre-existing conditions such as heart problems may die as a secondary result.

Even after the jellyfish is dead, their tentacles can still sting you. In 2010, a dead jellyfish was found in Rye, New Hampshire. Due to its large size, the dead jellyfish managed to sting a whopping 150 people before being taken in[1].

If you want to know more fun facts, you can also take a look at our article on how jellyfish reproduce.

Biggest jellyfish in the world runners up

While the ion's mane jellyfish has the largest specimen ever recorded, there are many different types of jellyfish. The next largest jellyfish which can be found in the sea include:

If you enjoyed this article, you may be interested in our article on the types of sea turtles and how does mass coral bleaching affect the Great Barrier Reef? 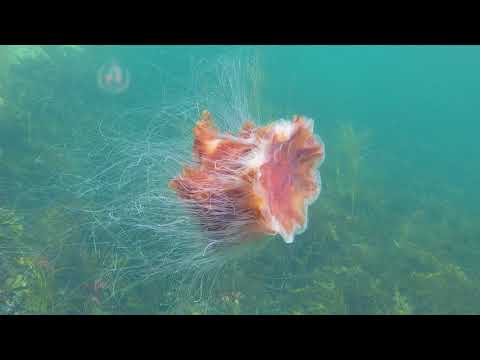 If you want to read similar articles to The Largest Jellyfish in the World, we recommend you visit our Facts about the animal kingdom category.

The Largest Jellyfish in the World 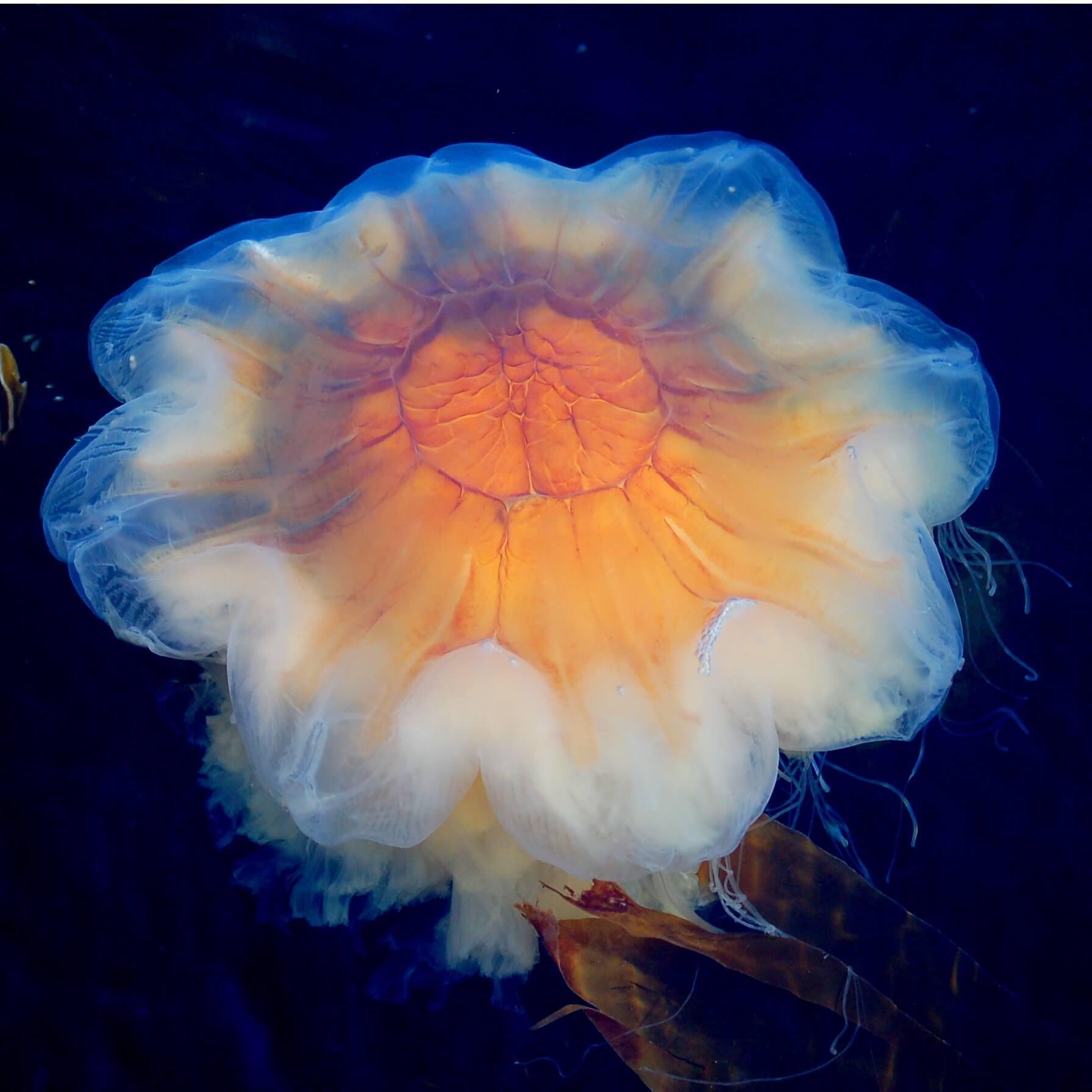 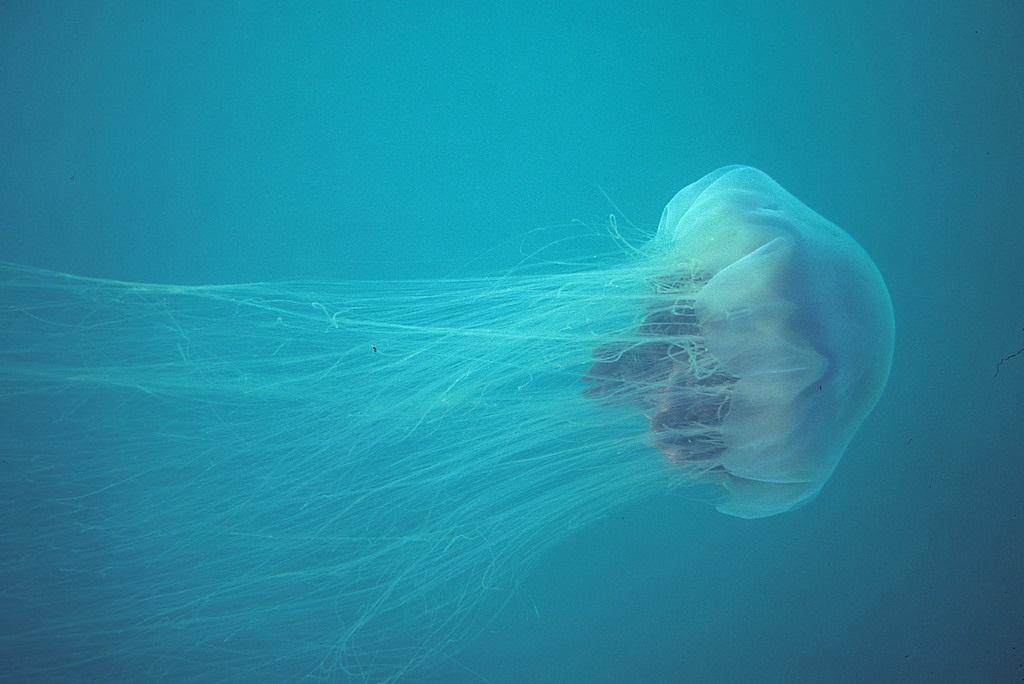 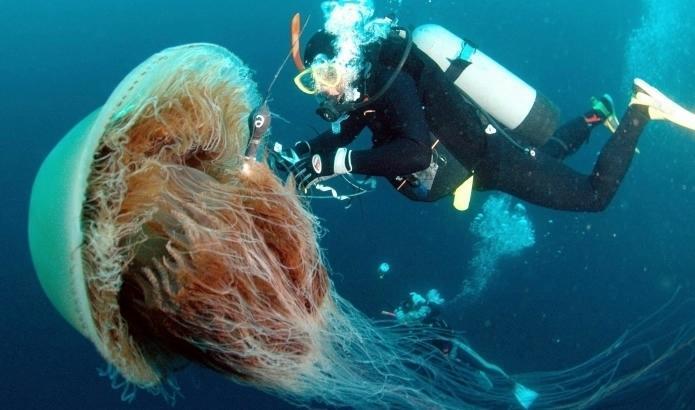 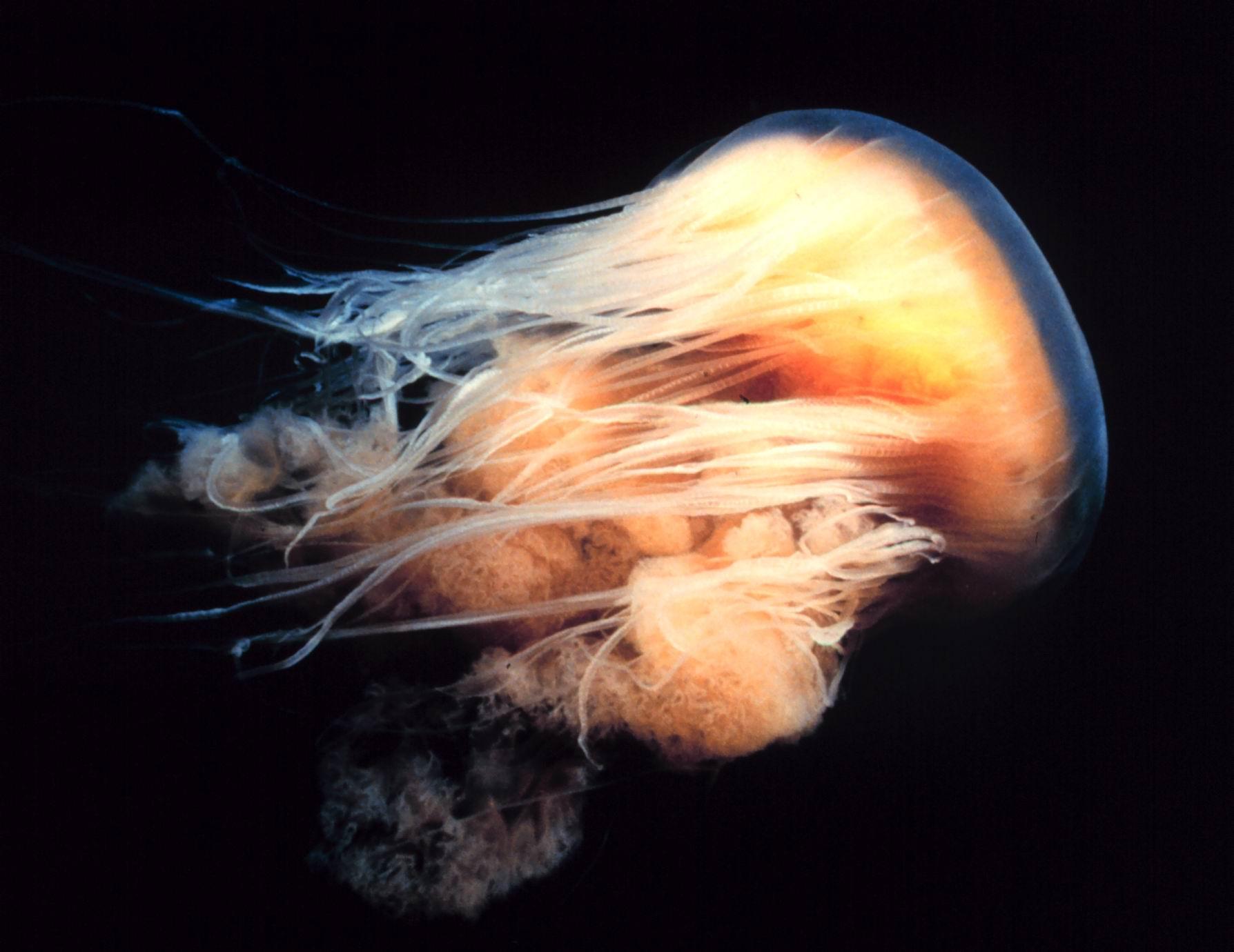 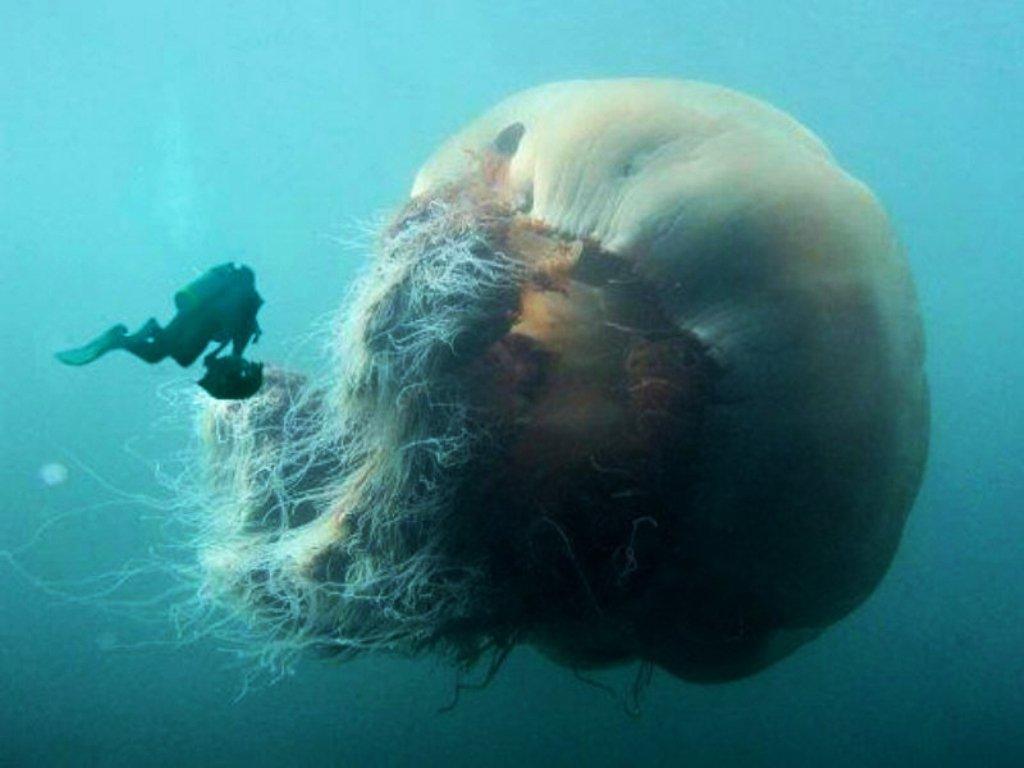