How Do Jellyfish Reproduce?

You may also be interested in: Do All Jellyfish Sting? - Least Dangerous Species
Contents

The jellyfish belong to the "Cnidaria" phylum, which includes some 10,000 species, of which only 20 are freshwater, and the rest marine. Jellyfish exhibit radial primary symmetry (the division of an animal into similar halves on the longitudinal axis of the body) .

The body of a jellyfish is organized as a blind sac with a single hole present the entry of food and waste outlet. Jellyfish have a digestive cavity called "gastrovascular cavity", which acts by digesting food and sending nutrients and oxygen to the rest of the body.

Jellyfish don't have a brain or a heart and therefore stand out for having very developed organ senses which are located in its bell. These senses exist so that Jellyfish can sense change and are able to coordinate themselves within their environment. There, you can find their visual organs (ocelli) and static organs (estatocistos). Jellyfish can be predatory or filter feeders. Filter feeding is when they filter the water that surrounds them, thus trapping small food particles to feed on.

They also have specialized cells known as "cnidocytes". There are several types of these cells, but the most common is the nematocyst, which is what the jellyfish uses to sting: in order to hunt and defend itself. These stinging nematocysts are present in its tentacles. Another way Jellyfish hunt is with an explosive cell called, Ptychocyst. Ptychocyst is a sticky surface which jellyfish use to catch prey.

Another very important characteristic of jellyfish is that they have two corporal forms: the polyp form is generally benthic (lives anchored to the seabed) and colonial. The second corporal form, known as the planktonic form, is when they begin to live in floating in water and usually become solitary. Some species are only made up of the polyp form, while others are made up of both.

How do Jellyfish feed?

Jellyfish, because of their planktonic lifestyle, are predatory animals. In their tentacles we find nematocysts, which are cells that have an internal capsule (cnidocisto) filled with stinging liquid and a filament. These cells are triggered by a contact-sensitive cilium (cnidocilium).

When a fish gets too close to a jellyfish and/or lightly touches one of its tentacles, these nematocysts are activated. They are then expelled from their capsules and inserted into the prey's skin, thereby immobilizing it. Once the prey is completely immobilized, the jellyfish moves it with its testicles towards its mouth, from where it passes to the digestive cavity.

The reproduction of jellyfish and polyps

To understand how these animals reproduce, we must first know where jellyfish live. All cnidarians live in either a salt of fresh water aquatic environment. In this type of medium, internal fertilization (the union of the ovum and sperm) is not common. Therefore, cnidarians experience external fertilization. This means that females and males release ovules and sperm outside of the body. In hermaphroditic species, an individual will release both eggs and sperm.

In a Jellyfish reproduction cycle, jellyfish go through both a sexual and asexual phase. First, males release gametes (sperm) through its mouth into surrounding water, which swim to the female and enter her central cavity, finally reaching her eggs.

This fertilization however depends on the species. In some female species, she keeps her eggs in brood pouches and are fertilized them by swimming through the male's sperm. Once fertilized, the eggs hatch into larvae, which once released from the female, ground themselves onto the bottom of the ocean bed. This asexual larva later forms into a polyp and releases more polyps. This usually results in a polyp colony. This polyp colony then releases young jellyfish, known as Ephyra.

This process highlights the evolution from the ground polyp form to a free-swimming jellyfish, I.e: Evolution of the Benthic to Plankton form.

As you may have seen, the reproduction in jellyfish is without a doubt, spectacular. This group of animals is full of surprises. For example:

If you want to read similar articles to How Do Jellyfish Reproduce?, we recommend you visit our Facts about the animal kingdom category. 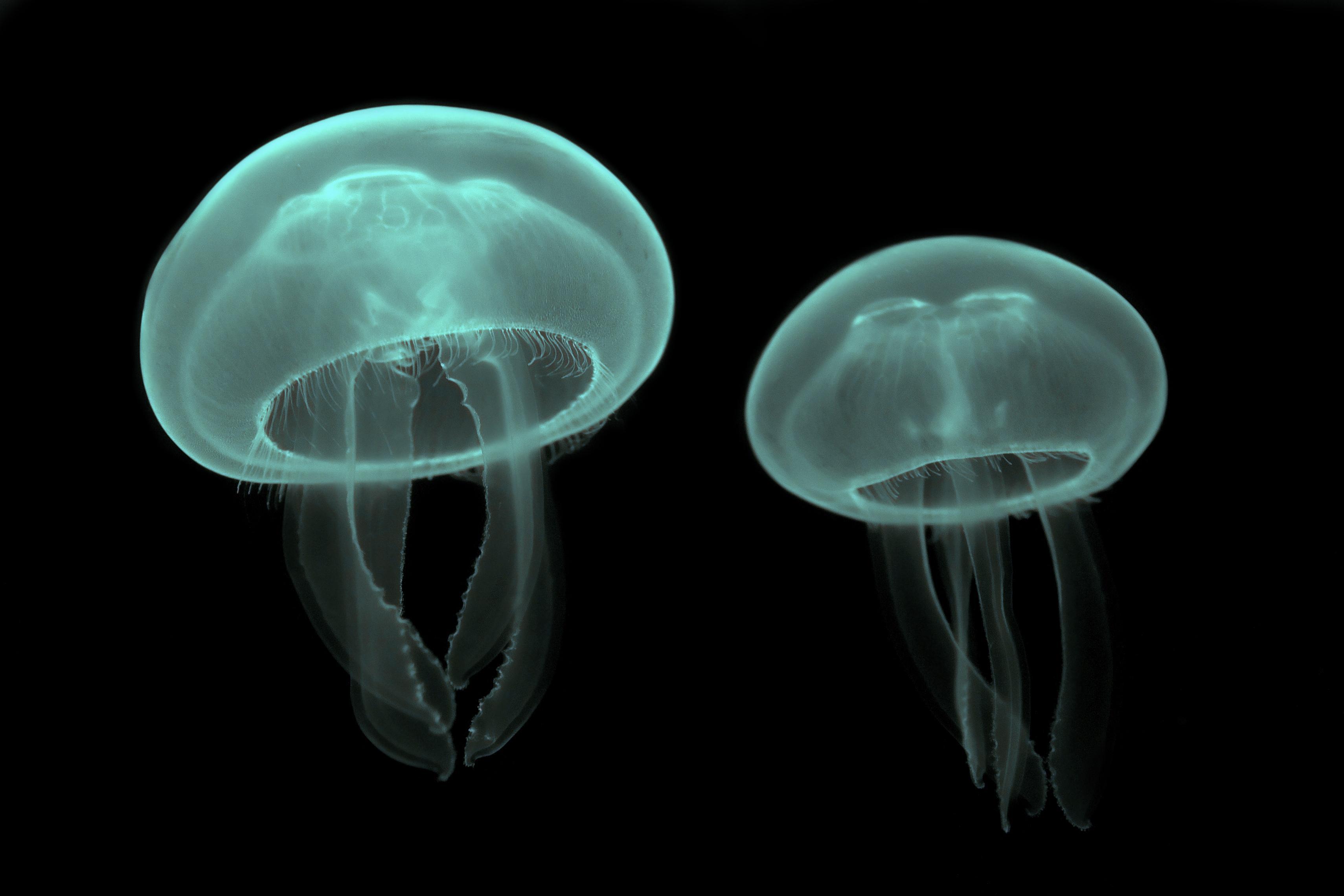 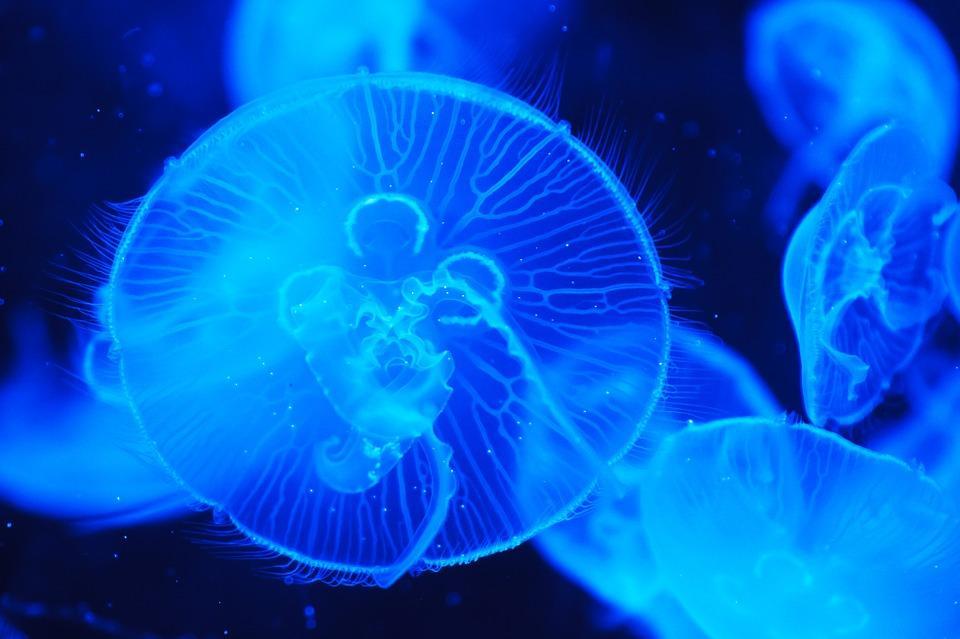 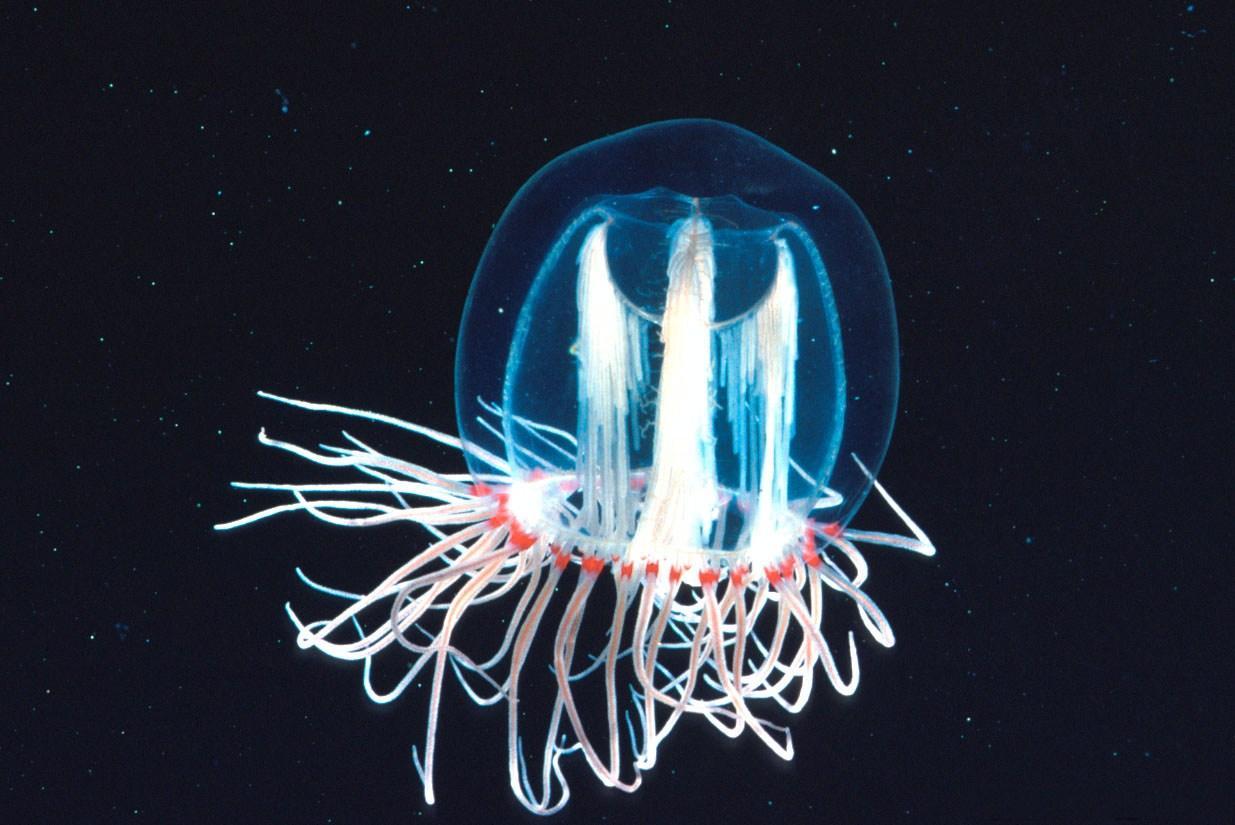 1 of 4
How Do Jellyfish Reproduce?
Back to top