Where do Coconut Crabs Live? 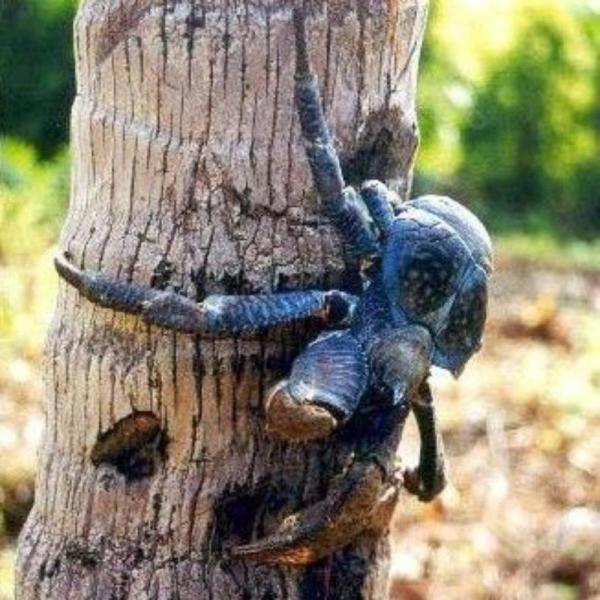 The coconut crab, known scientifically as Birgus latro, does not take its name from it appearance. In fact, this species of arthropod is known to feed on coconuts, which it opens with its pincers. However, that is not the most surprising thing about these animals.

Coconut crabs are the heaviest living arthropods on earth and the second largest, after the Japanese spider crab. They can weight up more than 4 kilos (9 pounds) and, when measured from leg to leg, they can be up to 1 meter (3' 3'') long.

The coconut crab is one of 500 species of hermit crabs in the world. Unlike some of its relatives the coconut crab also covers its abdomen with shells, as its body is softer than other species.

In this AnimalWised article we are going to talk a little about the coconut crab so you can learn more about this incredibly interesting species. We will explain where do coconut crabs live and some more fun facts about them.

You may also be interested in: Crabs of the Bering Sea
Contents

What is the original habitat of coconut crabs?

The coconut crab can be found all across the Indian Ocean, the place where it is most abundant. This heavy-set species also inhabits Christmas Island, where the best specimens are likely to be found, and the Seychelles, located in the same ocean.

Coconut crabs have also been found in the Andaman and Nicobar Islands (India), the Bay of Bengal including Sri Lanka, and the Society Islands, which form part of French Polynesia.

Where else do coconut crabs live?

The coconut crab is also present in the Pacific Ocean, specifically in the Western Pacific. A large population of these crabs can be found in the Cook islands, an archipelago located between Hawaii and New Zealand.

The coconut crab can be found in Pukapuka, one of the most isolated islands in the Pacific. They also populate Suwarrow, an island among 22 others, and Mangaia, the southernmost of these islands. Takutea, Mauke, Atiu and Palmerston are also worth highlighting.

This crustacean lives in burrows, crevices and between rocks. It is able to dig its own burrow either in the sand or in soft ground. It is a nocturnal animal so it remains hidden in its burrow during the day, in order to preserve moisture.

In places where there is a dense population of coconut crabs, as is the case with Christmas Island, specimens can be spotted during the day. Alternatively, they can be spotted in the daytime when there is rainy or humid weather; it favors these conditions, which allow it to breathe better. It is a land animal and in adulthood it loses its ability to swim.

If you want to read similar articles to Where do Coconut Crabs Live?, we recommend you visit our Facts about the animal kingdom category.

Where do Coconut Crabs Live? 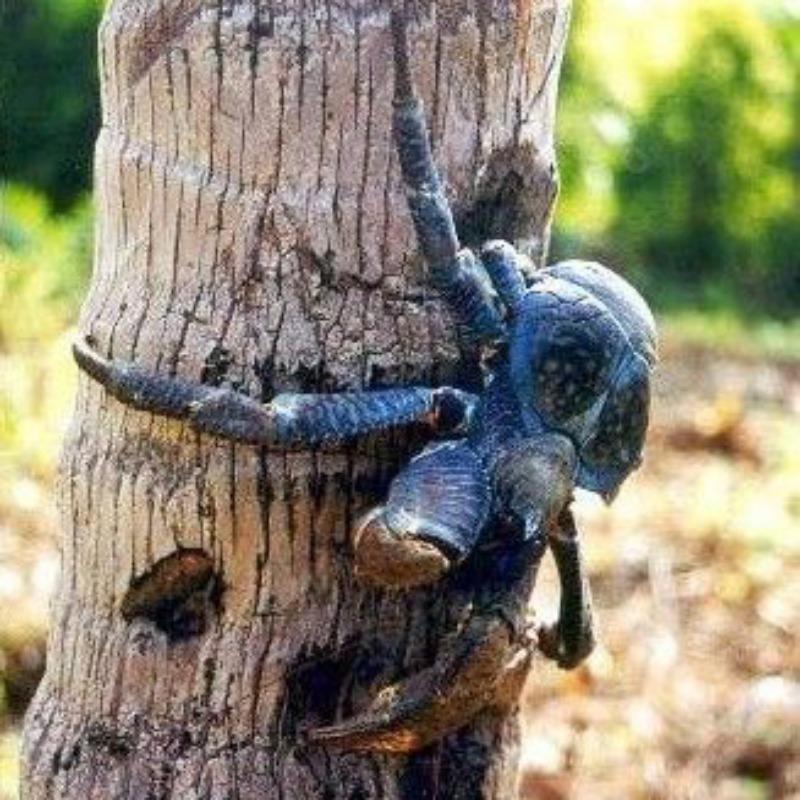 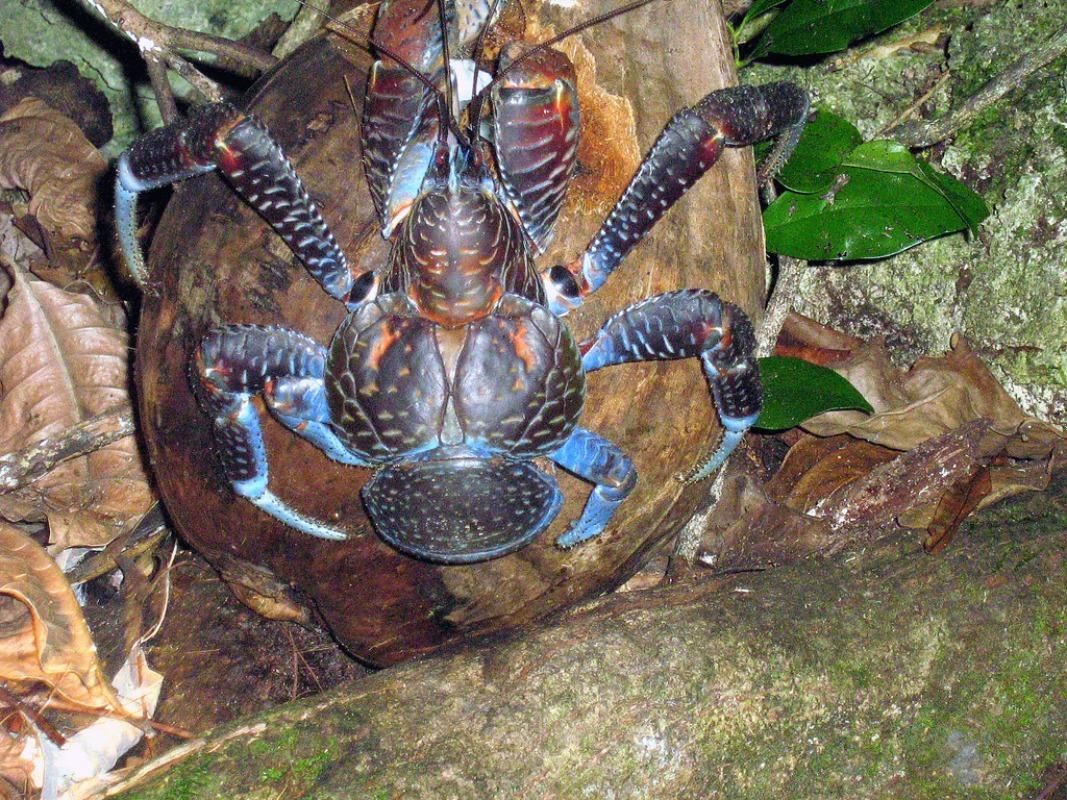 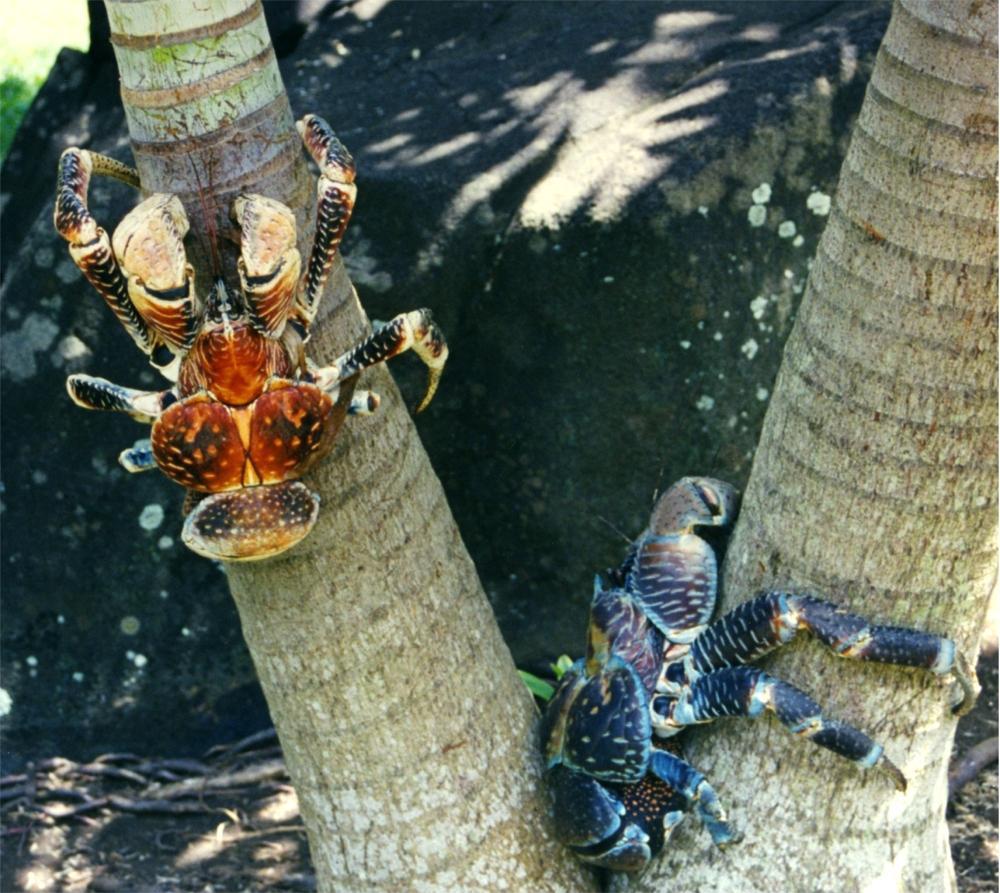 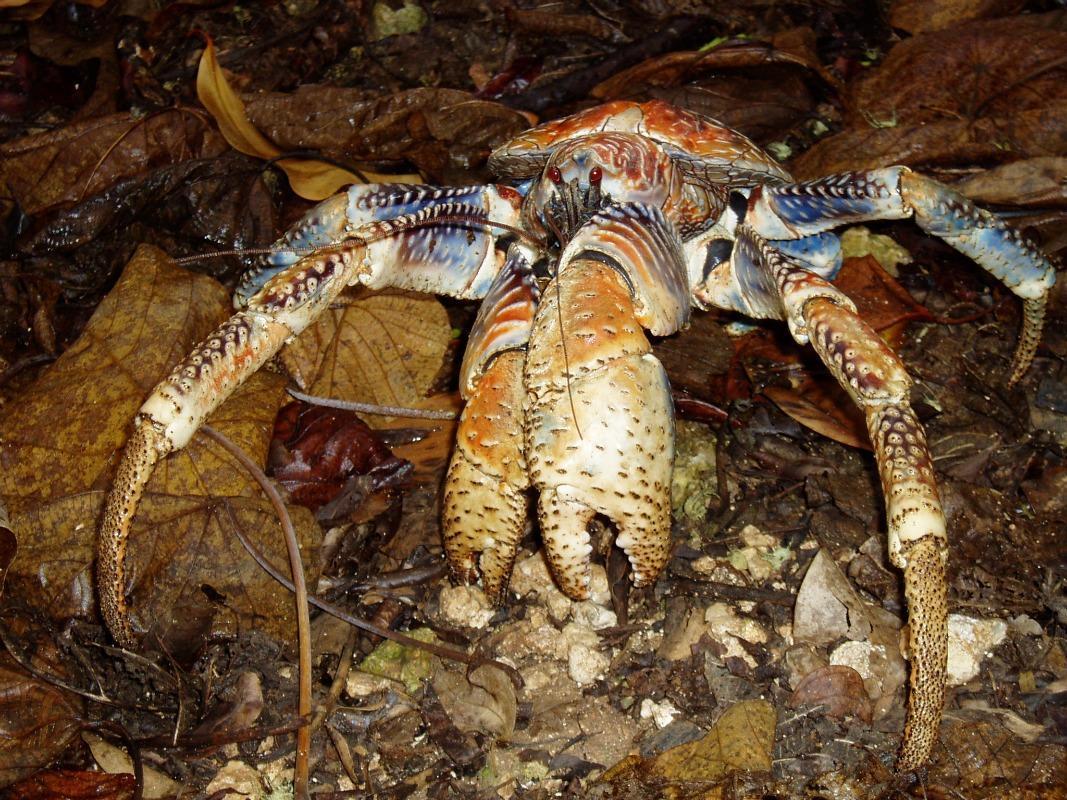 1 of 4
Where do Coconut Crabs Live?
Back to top