Who Are the Christmas Reindeer? History and Names 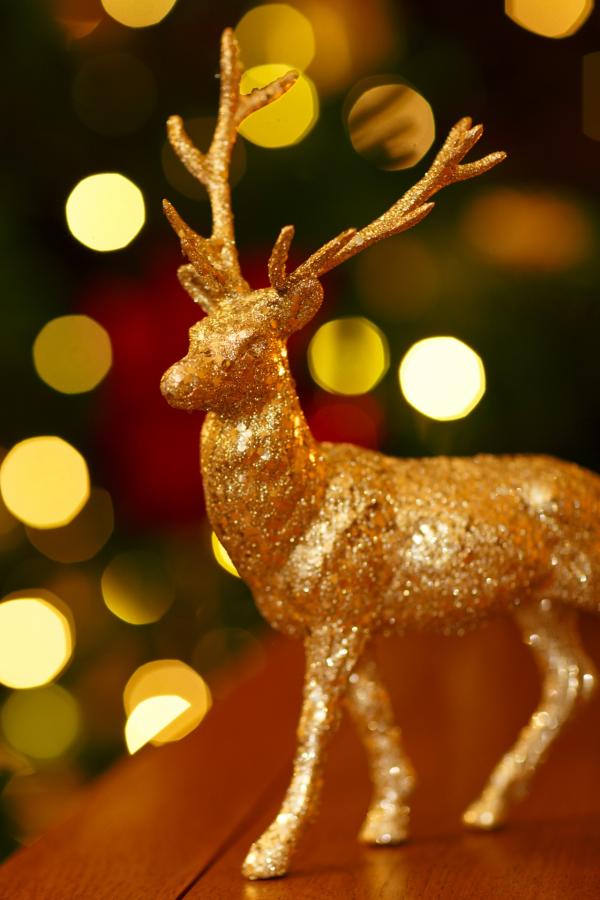 Can you tell how many reindeer pull Santa Claus's sleigh?

Depending on who you ask, it's eight, nine, or twelve reindeer. All these different answers come from different sources, like folk stories, poems, movies, and of course the song "Rudolph the Red-Nosed Reindeer". But what version is right? Who are the Christmas reindeer?

Stay with us at AnimalWised and discover what are the names of Santa Claus's reindeer, where do they come from, how does Santa Claus travel in other countries, and other fun facts about reindeer. These are their stories.

You may also be interested in: Are Christmas Plants Poisonous to Dogs and Cats?
Contents

Are there eight Christmas reindeer?

Who is Santa Claus?

According to North American tradition, Santa Claus is a jolly man with a white beard who lives in the North Pole. He knows all about the children of the entire world, including if they have been naughty or nice throughout the year. He works in a workshop with his colleagues the elves all year long, making toys and wrapping up candy, and on Christmas Eve he travels across the globe to give presents to the children who have been nice.

How can Santa Claus travel so fast? With the help of the team of reindeer who pull his magic sleigh, of course.

Who are Santa Claus's reindeer?

Most of what we know about Santa Claus, including how he looks like, comes from a poem attributed to the American writer Clement Clarke Moore. In 1823 he wrote "A Visit from St. Nicholas", but you might know it by the name "'Twas the Night Before Christmas". It starts:

"'Twas the night before Christmas, when all thro' the house
Not a creature was stirring, not even a mouse;
The stockings were hung by the chimney with care,
In hopes that St. Nicholas soon would be there..."

Does that sound familiar? Later in the poem, Santa's sleigh appears, flying faster than an eagle. The names of the eight Christmas reindeer are listed, and they are:

As you may know, Cupid is the god of love in Roman mythology, a boy who carries a bow and arrows and has small wings. Dunder and Blixem, on the other hand, are Dutch for "thunder" and "lightning". Therefore, all of Santa Claus's reindeer's names point out that they can fly gracefully and really fast.

Who is Rudolph the Red-Nosed Reindeer and where does he come from?

Rudolph is probably the most popular of all the Christmas reindeer. However, he does not appear on that poem! The red-nosed reindeer did not appear until 1939, when Robert Lewis May wrote a book for for the store he worked for. Inspired by his social awkwardness as a child and his daughter's love of deer, he created a reindeer who was a bit of an outcast.

Unlike the rest of Santa's reindeer, who have normal brown noses, Rudolph's nose is not only bright red but glowing. He's very young, and the rest of the reindeer laugh at him. However, Santa Claus realizes that a glowing red nose is actually very useful to drive in foggy and stormy weather, and he chooses Rudolph to lead the sleigh, making him the ninth and most important reindeer.

Ten years later, in 1949, the author's brother-in-law turned Rudolph's story into a song. It became an instant hit, and nowadays almost everybody still know it. It goes:

"Rudolph, the red-nosed reindeer
Had a very shiny nose
They day if you ever saw it
You would even say it glows..."

Rudolph the red-nosed reindeer also appears in cartoons, comics, toys and films. He's one of the most popular animals of all time!

As for the people who say there are twelve reindeer, the other three reindeer come from intentionally mishearing the lyrics as "Olive the other reindeer", "Howe the reindeer loved him", "Andy shouted out". So no, there have never actually been twelve Christmas reindeer!

However, would it be possible for reindeer to pull a sleigh?

Let us start with the most important part of the answer. Normal reindeer (Rangifer tarandus) sadly cannot fly, so Santa Claus's reindeer must be a different subspecies.

However, normal reindeer have very interesting hooves that change according to the season. In the winter, the pads of their paws are smaller, leaving more room for the hoof to cut through the snow. This allows them to run without slipping and to dig for roots, as reindeer are herbivorous animals that mostly feed on moss, grasses and some leaves, although they may get fish and rodents every now and then. In the summer, their hooves are softer so that they can walk better on the exposed ground.

Reindeer live in the north of the North Hemisphere, in Arctic and Subarctic regions like Scandinavia, Siberia, Canada and Alaska, where they are called caribou. Some reindeer live in Lapland, where some people say Santa Claus has its workshop, but they do not live in the North Pole.

It is true that reindeer organize themselves in teams, and that there is a leader. Groups of reindeer are called herds. Some herds are small, like Santa's eight or nine, but in Russia you can find herds of almost a million reindeer. Can you picture it?

Since reindeer feed on grass, some herds have to migrate when they run out of pastures. This means that it's true that reindeer travel a lot; some reindeer walk even 3000 miles (5000 km) a year. It's not as much as the entire world in a single night, but it's still impressive. Besides walking so much, reindeer can run really fast, reaching 80 km/h (50 m/h). This is faster than any human could ever go!

As you can see, reindeer are strong and fast animals. And yes, they can pull a sleigh! In fact, they have been domesticated for meat, milk, leather and transportation for centuries. Nomads from northern Russia and even postmen in Alaska use reindeer to pull sleds. However, this makes reindeer much slower. If you really wanted to travel fast by sled, you should try dogs instead.

By the way, have you noticed that most illustrations of Santa Claus's reindeer look more like deer than actual reindeer?

How does Santa Claus travel in other countries?

Now that you know who are the Christmas reindeer, their names and their stories, you can share with us similar traditions in your country! Who brings presents to children, for Christmas or in other special dates? Do they have pets? What is their relationship with animals?

Tell us all about it in the comments section!

If you want to read similar articles to Who Are the Christmas Reindeer? History and Names, we recommend you visit our Facts about the animal kingdom category.

Differences Between Deer, Elk, Moose and Reindeer
Are Christmas Ornaments Dangerous for Pets?
The Origin of the German Shepherd: History and Fun Facts
What Are the Queen's Corgis Called? All About Elizabeth II's Dogs
Related categories
Endangered animals
Most read
1.
What Animal am I According to my Zodiac Sign?
2.
Are There Venomous Spiders in the UK?
3.
What Does It Mean When a Cat Shows Up at My Door
4.
The 10 Most Solitary Animals in the World
5.
10 Most Beautiful Animals in the World
6.
10 Smells that Attract Cats
7.
My Female Dog In Heat Won’t Accept A Male - Causes
8.
Most Common Cat Eye Color and Their Meaning
Cat History and Evolution
15 Famous Black Cats in History and Culture
What is Groundhog Day? Meaning and History
What is a Raccoon Dog? - History and Facts
Different Crab Types with Names and Pictures
Types of Deer Around the World
What Are the Names of the Game of Thrones Dragons? 🐉 (SPOILERS)
Differences Between the Bengal Tiger and the Siberian Tiger

Who Are the Christmas Reindeer? History and Names 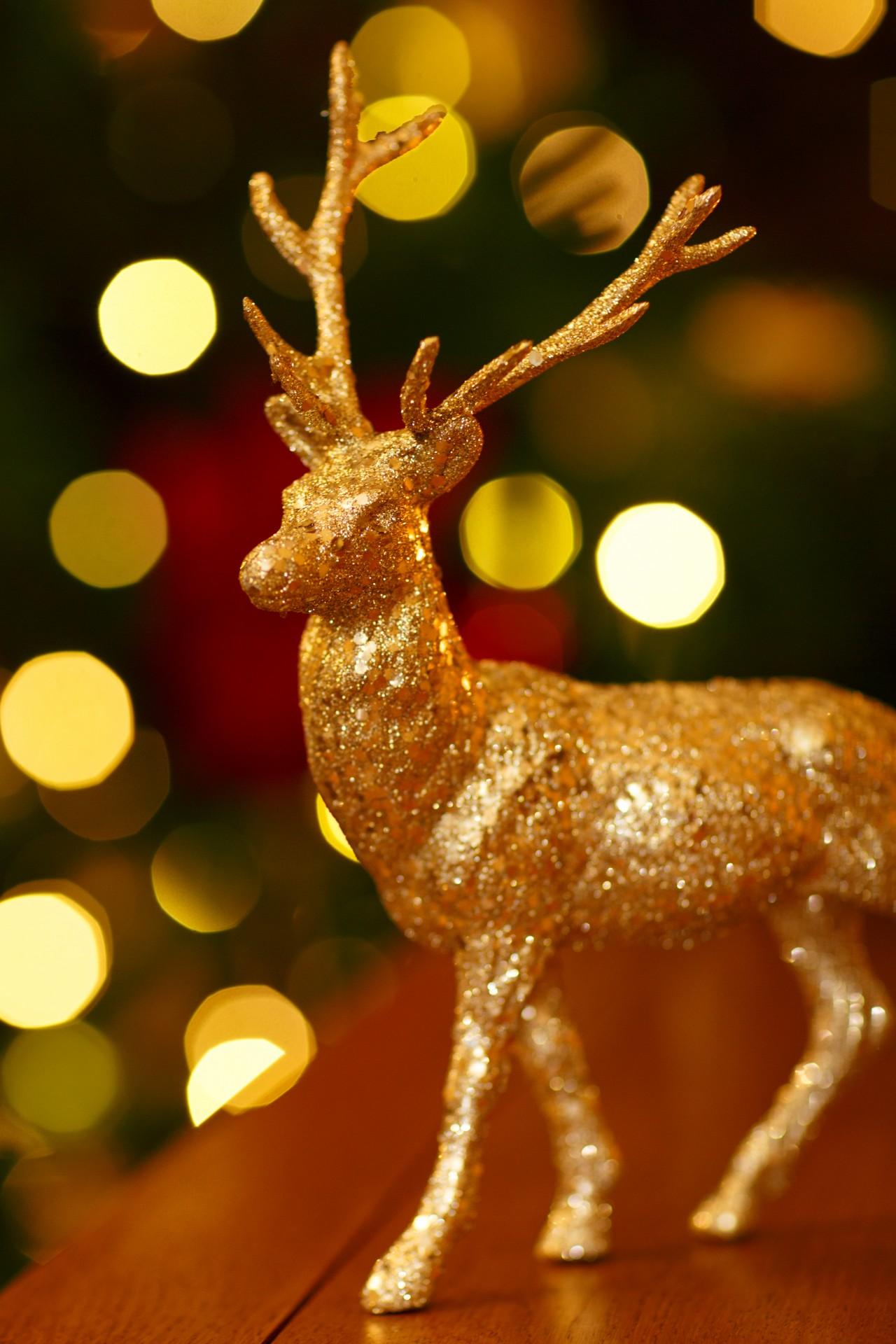 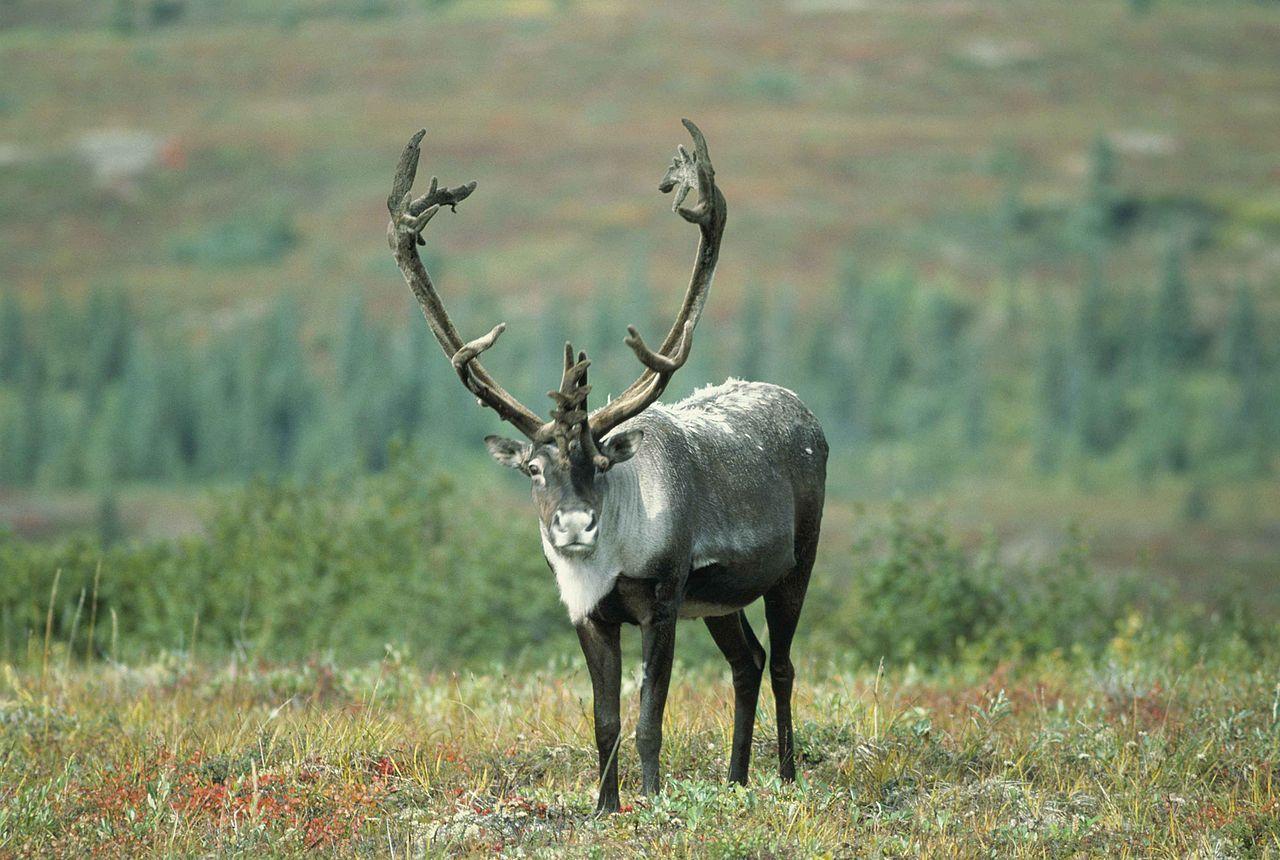 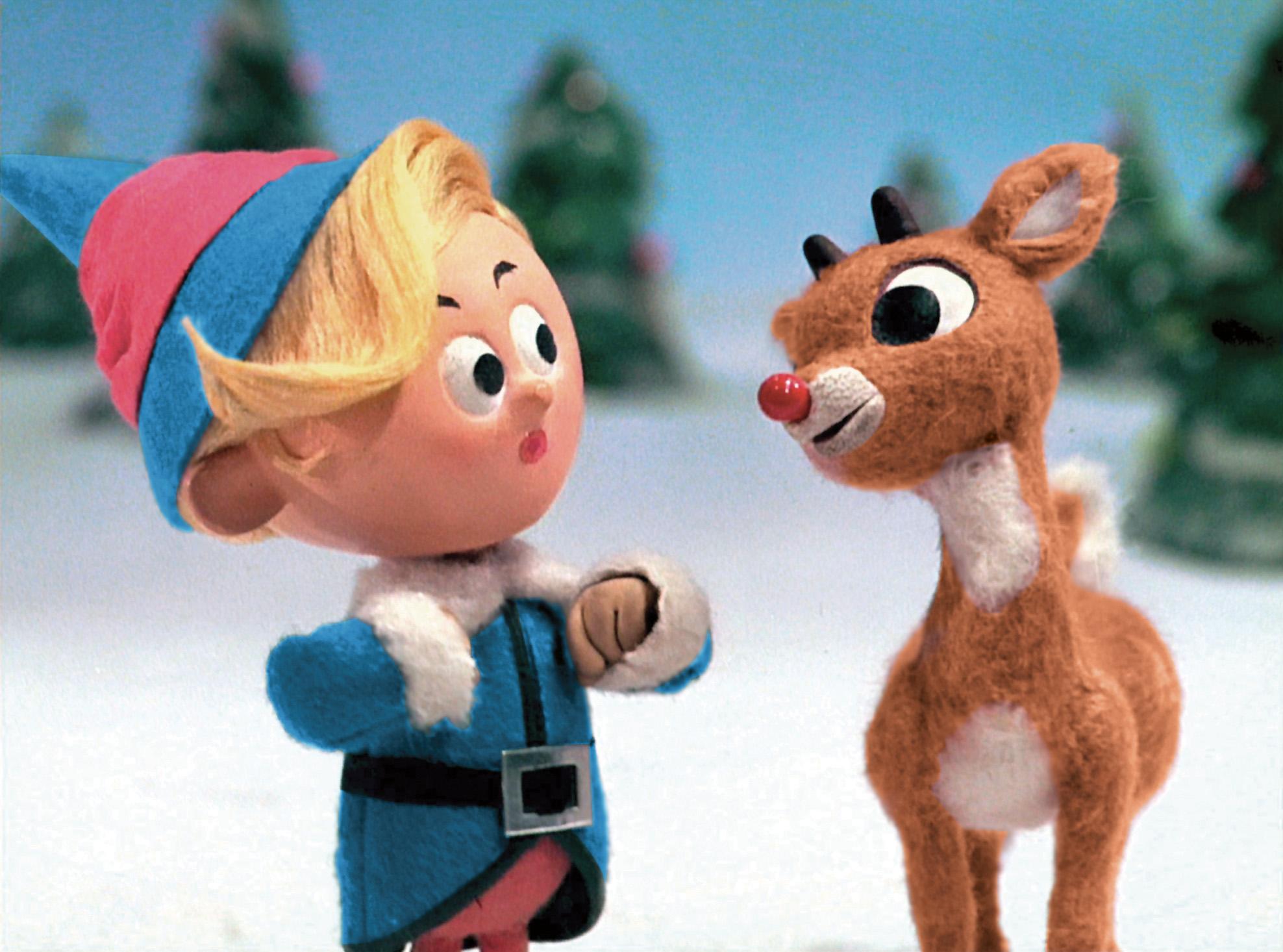 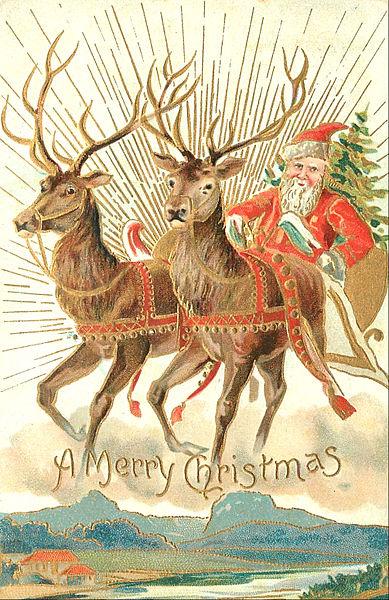 1 of 5
Who Are the Christmas Reindeer? History and Names
Back to top