Why Are Bugs Attracted to Light?

It's a familiar sight, especially in summer: moths, fireflies, flies, mosquitoes, and other flying insects flocking around lights like bulbs and lamps. The creatures attracted to this light are often eaten by predators, overheat, or die from exhaustion while circling the bulbs. Although commonplace, it's not immediately obvious: How can these insects fall into the trap and fly toward their luminous deaths on such a grand scale?

In this AnimalWised article, we explain the reasons why insects are attracted to light.

You may also be interested in: 10 Smells that Attract Cats
Contents

Why are insects attracted to light?

The proliferation of 24-hour electric light in our modern world has harmed many flying insects, especially moths. Although much research remains to be done to fully understand insect behavior, scientists know that light bulbs have caused a break in the evolutionary programming of some flying insects.

After much research, the most conclusive hypothesis that many experts have arrived at is that nocturnal insects are generally attracted to the light of incandescent bulbs because they confuse this brightness with that of the moon. This type of orientation is also known as transverse orientation. Transverse orientation is similar to orienting ourselves to the North Star, which is in a specific location, so that we know where we are. It is thought that moths also hold the light source in a certain position relative to their body to orient themselves.

There is also a phenomenon called phototaxis, a property by which some cells align themselves to light. Their opposite effect, flight from light, is called negative phototaxis or photosocking. These cells have cellular photoreceptor elements that can detect light and are considered nature's simplest eyes. Although not all insect species have cells of this type, they are more common in nocturnal and flying insects.

In the eyes of moths and other insects, there are elements that are tuned to dim light and function like miniature telescopes. So when they perceive intense artificial light, it can act like a superstimulant. In fact, very bright lights are almost irresistible to some of these insects, and they may stay near the light until they starve.

Another theory as to why insects are attracted to light is that light in the wild signals insects to flee from potential danger. When an insect sees light, it may tell it that a path is not blocked by a predator or obstacles. This may explain why pests fly directly into light sources and seem to crash into light bulbs and lanterns unknowingly.

Finally, many moths feed on the nectar of flowers, which are known to reflect ultraviolet (UV) light. Some bulbs emit a small amount of ultraviolet light, which can cause hungry insects to mistake a bulb for a flower.

If you like insects and want to learn more about them, do not miss the following article about the biggest insects in the world.

What kind of insects are attracted to the light?

Not all insects are attracted to light, at least not in the same way. As we have already explained, nocturnal and flying insects in particular are attracted to light because they can orient themselves in the dark with the help of light, especially moonlight. Insects most attracted to artificial light include moths, but also, to a lesser extent, certain species of bees and butterflies.

Are mosquitoes attracted to the light?

Mosquitoes are not only a nuisance, but can also transmit various diseases to humans, such as dengue virus, Zika virus, and chikungunya virus. There are also several dangerous mosquito-borne diseases that can also be transmitted to your pets. Continue reading this other article to learn how to repel mosquitoes naturally.

What kind of light attracts insects the most?

While it is not the same for all insects, those that are attracted to light are usually attracted to UV light and white light. That's why hundreds of bugs swarm around your bright white fluorescent lights, but few come to a campfire.

Most flying insects are strongly attracted to ultraviolet light because their eyes are more sensitive to light of this wavelength.

The absolute intensity of the light is a secondary factor in attraction, while the relative intensity in relation to other light in the environment plays a fundamental role. The crucial element is the wavelength. Light with a wavelength outside the spectrum visible to humans is more attractive to flies. Conventional lights produce intense UV-A light rays that penetrate further into the environment, and although their wavelengths are outside the light spectrum visible to humans, they are more attractive to insects.

If you want to keep the bugs away at night, try yellow or red lights. A few insects will still be attracted to these lights, but not nearly as many as to the white lights.

Another option to keep insects away is by using LED lights. LED lights are already familiar to most of us. We have read or heard about the many advantages they have over traditional light sources: how little energy they use, how much they illuminate, and how long they last. In addition to these advantages, LED lights have been found not to attract as many insects as conventional lights. This is because the LED lights do not have an ultraviolet component and therefore do not attract as many insects as conventional light sources.

If you like insects and want to learn more about them, do not miss the following article that explores whether insects feel pain.

If you want to read similar articles to Why Are Bugs Attracted to Light?, we recommend you visit our Facts about the animal kingdom category.

References
Attract Birds to your Garden in 4 Steps
Types of Stick Insects - Characteristics of Stick Bugs
Are Christmas Ornaments Dangerous for Pets?
What Are Abyssal Fish?
Related categories
Endangered animals
Most read
1.
What Animal am I According to my Zodiac Sign?
2.
10 Most Beautiful Animals in the World
3.
What Does It Mean When a Cat Shows Up at My Door
4.
The 10 Most Solitary Animals in the World
5.
Why do Dogs Get Stuck when Mating?
6.
My Female Dog In Heat Won’t Accept A Male - Causes
7.
How Many Types of Lions Are There?
8.
Animals With Scales - Full List
Why Do Woodpeckers Peck Wood?
Why Does My Cat Always Follow Me to the Bathroom?
Why Are Cats Afraid of Cucumbers?
Which Animals Are Nocturnal?
Smallest Insects in the World
Why are Goldfish Aggressive?
Are Blue Bottle Flies Dangerous?
Why Do Birds Chirp at Night?

Why Are Bugs Attracted to Light? 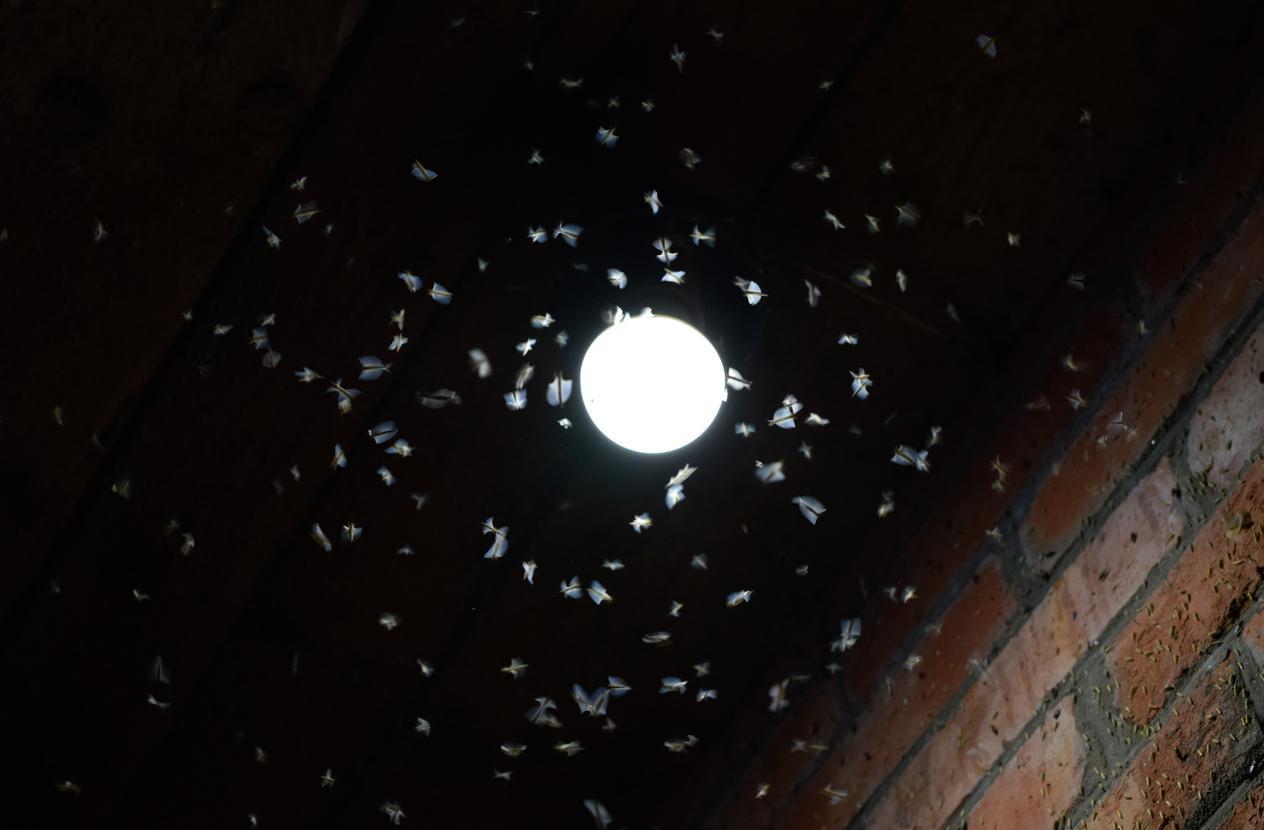 Why Are Bugs Attracted to Light?
Back to top