Why are Cat Videos So Popular? 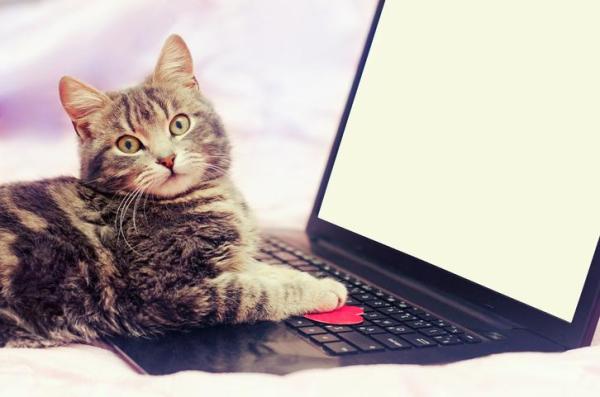 We might stereotype people who watch funny cat videos as people who are easily distracted or who don't have enough taste to do something more productive, but we all know it's not true. Cat videos are for all. This is partly because there are many different types of cat videos. Some are boring and inane. Others are funny, cute or completely unexpected. All of them have one thing in common. They feature beautiful, fluffy (or not-so-fluffy), adorable and irresistible cats. Sometimes they are uploaded to inform, sometimes to entertain, but they all play in to our obsession with felines. But why are cat videos so popular? The answer lies in the benefits of cat videos as watched by we humans and AnimalWised explains why they might be better for us than we thought.

You may also be interested in: Why Are Cats Afraid of Cucumbers?
Contents

If you were asked how many cat videos you watch on an average week, what would be your answer? Some may want to hide the amount, others simply might have watched so many they have forgotten. Whether you upload your own or don't want to admit how many you watch, the statistics speak for themselves.

In 2015, an internet research company called ReelSEO released a study which monitored watching of cat videos on YouTube. Since 9th May 2006, when the first cat video upload occurred, there were 2 million uploads of cat videos to the site. These videos have been watched an incredible 24.6 billion times between them. However, these are old statistics and the amount of uploads and views since this report has been released have increased exponentially.

Part of the reason for all these views is due to the rise of social media networks. People can create entire channels and profiles for their cats. Not only that, but it can end up being a quite lucrative business for many. Tardar Sauce, known more commonly to the Internet as “Grumpy Cat”, became so popular so quickly that their human guardian was able to quite her job just days after the first video upload of him. After only one year, his net worth was supposedly around $1m[1]. We can only imagine how much money this cat must have earned since then.

Cats are a savvy business investment as they are the most watched animal online. While it is hard to argue there are more cat lovers than dog lovers, for example, felines are watched more than any other online. Funny cat videos are shared across platforms and they are universal. No matter what language you speak, cat videos are popular all over the world. They are an international phenomenon. It is not only YouTube where cat videos have proven popular. Facebook and Instagram are also full of them, but so too are news outlets such as BuzzFeed.

A study about Internet cats

Dr. Jessica Gall Myrick noticed the invasion of funny cat videos online and began to wonder what was the compulsion behind it. Why do so many people across the world feel such a need to spend so much of their time watching cat videos? More than this, what effect does this have on a person? Is it just for distraction or is there something more profound behind this shared compulsion?

To find the answers to her questions, Dr. Myrick created a survey for 7,000 internet users. The purpose of this survey was to evaluate their reactions after watching cat videos and to determine the reasons behind their desire to watch them in the first place.

The research was carried out at the Media School of Indiana University and is entitled Emotion regulation, procrastination, and watching cat videos online: Who watches Internet cats, why, and to what effect?[2]. It was published in 2015 by the journal Computers in Human Behavior.

The objective of the study included finding out both who watched these videos as well as who produced them. Concurrently, it sought to analyze how the phenomenon of Internet cat videos affected society and the individuals within them. Among those surveyed by Dr. Myrick, 37% declared themselves to be cat lovers. However, the rest of those surveyed admitted to also watching funny cat videos, even if they wouldn't consider themselves particularly fascinated by felines.

The benefits of watching cat videos?

The study discussed the concerns of the link to watching funny cat videos on the Internet and how this affects procrastination. However, the sociological picture is more complicated and certain benefits were also suggested. Here is a summary of the main results:

More than the above findings, Dr. Myrick has suggested that the potential benefits of watching cat videos may have far wider repercussions. She has suggested incorporating the watching of cat videos into zootherapy (therapy involving the use of animals). As this is a therapy which can be carried out via digital means, it means many people who are unable to access other types of therapy might benefit. This could be due to lack of financial means or geographical distance. This means that cat videos may actually be prescribed for therapeutic purposes.

Of course, this research is limited and in its infancy. There is still more data which needs to be investigated and the psychological effects explored. However, there is enough positive research here to at least make those who feel guilty for watching funny cat videos to cheer themselves up to cease and desist. As with anything, too much of a good thing may not be helpful, but enough might be just the tonic.

If you want to read similar articles to Why are Cat Videos So Popular?, we recommend you visit our Facts about the animal kingdom category.

Why are Sloths So Slow?
Why Are My Cat’s Whiskers So Long?
What are the Most Popular Pets in India?
Most Popular Cat Breeds - With Pictures!
Related categories
Endangered animals
Most read
1.
What Animal am I According to my Zodiac Sign?
2.
What Does It Mean When a Cat Shows Up at My Door
3.
The 10 Most Solitary Animals in the World
4.
Examples of Vertebrate and Invertebrate Animals
5.
Differences Between Crows, Ravens and Rooks
6.
Animals With Scales - A Full List
7.
How Many Types of Lions Are There?
8.
Most Common Cat Eye Color and Their Meaning
Why Does My Cat Meow so Much?
Why Does My Cat Sleep So Much?
Why are Goldfish Aggressive?
Popular Dog Breeds Before and After
10 Things Cats are Scared Of
How Are Kangaroos Born?
Are There Male Calico Cats?
Why Are Calico and Tortoiseshell Cats Female?

Why are Cat Videos So Popular? 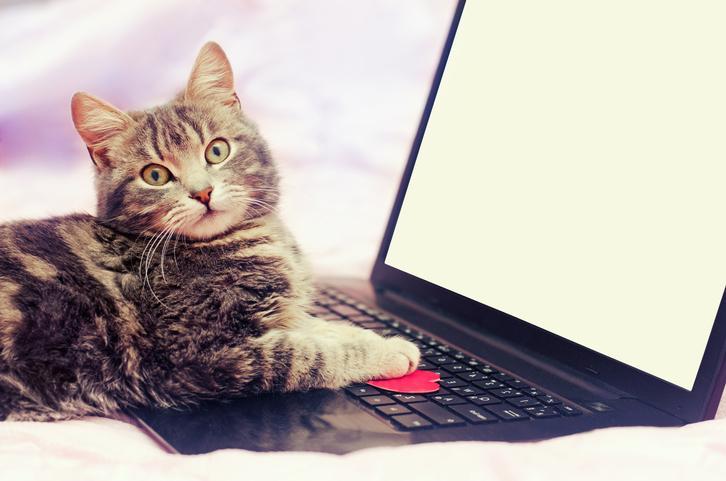 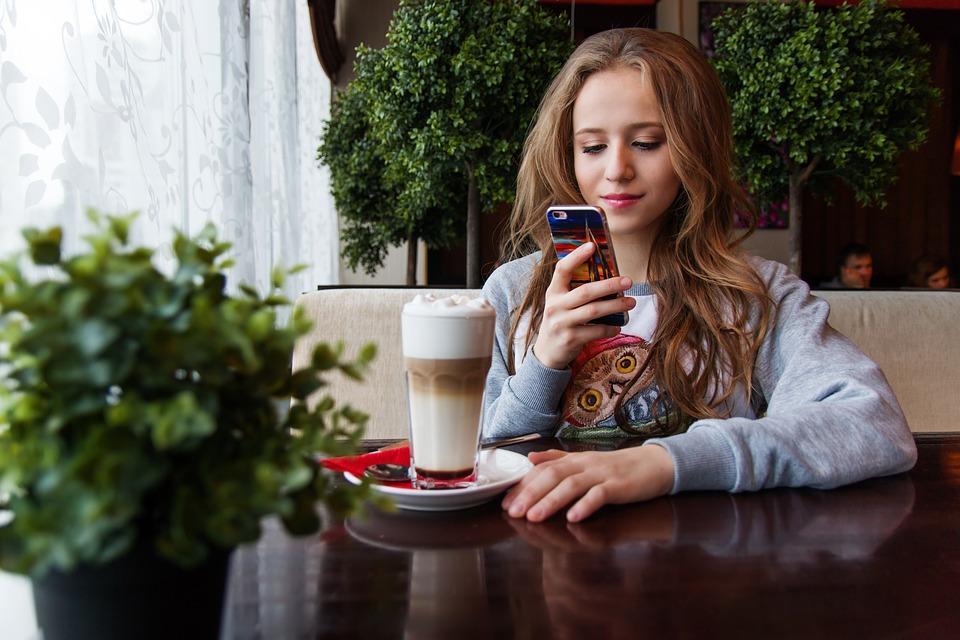 1 of 2
Why are Cat Videos So Popular?
Back to top