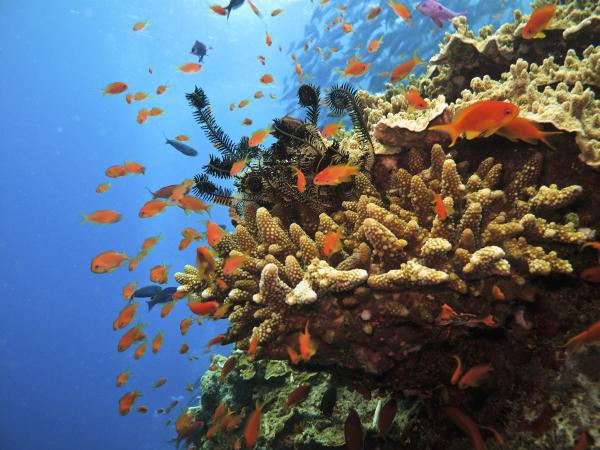 The Great Barrier Reef, located in the North-East of Australia, is home to one third of the World's Coral population, which means it has the largest coral reef system too. Due to the action of humans, many of the species that live in this natural wonder of the world are endangered, may it be due to hunting, the creation of bigger ports or water pollution; the Coral Reef is currently home to hundreds of species that could also be endangered soon.

Today on AnimalWised, we'll talk about those animals that have been classified as endangered by the CITES species classification. Keep on reading if you'd like to know more about the most endangered animals in the Great Barrier Reef.

You may also be interested in: How Does Mass Coral Bleaching Affect the Great Barrier Reef?
Contents

Though you may try to classify it as a dolphin or a shark, the dugong is actually a manatee that can swim for six minutes without having to catch its breath on the water surface. These herbivore mammals live in the Pacific Ocean, feeding on underwater grass which is where you'll usually find them. Due to their location around the shallow inter-reefal waters, they have been an easy target for fishermen and hunters, who have found their meat, teeth and oil a precious trade. Moreover, they are also threatened due to water pollution and sea dumping in the area, making them one of the most endangered animals in the Great Barrier Reef, Australia and the whole world.

Nowadays, they are officially protected by the Australian state. Although the fact that the duration of the reproductive cycle of a female dugong is 1 year, added to the fact that they can only give birth to one kin and that the newborn needs to be attached to its mother for at least 18 months, makes the re-establishment of this species pretty difficult; with only a growth of 5% of the dugong population per year.

Another of the most endangered animals in the Great Barrier Reef is the marine turtle. In fact, the World Conservation Union has classified 4 out of the 6 species of marine turtles as endangered. The other two species are also vulnerable to being endangered. Take a look at the species that are currently endangered:

The flatback turtle and the olive ridley are also currently at risk of being endangered, which is why they've been classified as vulnerable and also have special conservation treatment.

The reason for these creatures' endangerment is due to the value of their shell, eggs and meat; which is why they have been hunted for centuries. They are especially vulnerable, as female turtles hatch their eggs offshore, creating a nest where she needs to come back to; this means they are easy prey for hunters.

Moreover, turtles migrate during their whole life cycle, which is why another reason for their disappearance is the fact that they are hit by boats fairly frequently, even more so with the rise of tourism in the Great Barrier Reef.

Whales have long been one of the most important animals of the reef for the aboriginal people, having the Mugga Mugga as their totem. Though it is currently under strict protection, whales became endangered due to the high rate of whaling, i.e whale hunting. The humpback whale was down to as little as 500 specimens in the 1960's. However, their population is slowly growing thanks to the Great Barrier Reef Marine Park Authority (GBRMPA), who makes sure that the Barrier is the safest nursery area they can have.

Apart from the humpback whale, other endangered whales that find haven thanks to the protection of the GBRMPA is the bryde's whale, that is still endangered due to ship strikes and the levels of pollution in areas where they migrate. This is also the case of the Sei whale, that is so endangered there are estimations that say it will become extinct by 2036, though they are currently under the protection of the Conservation of Migratory Species of Wild Animals.

Though they are actually one of the most dangerous animals in Australia, the truth is that there are currently only around 200,000 to 300,000 specimens in the whole world, also making them one of the most endangered animals in the Reef. Nicknamed "salties" by Aussies, the excellent abilities of saltwater crocodiles mean they are often found far out in the Barrier sea. This reptile has been hunted for its eggs and meat, as well as for their skin, which is pinpointed as the main reason for their endangerment, as well as the loss of natural habitat due to dredging of port expansions.

Though you may have thought that coral is actually a plant, the fact that they do not produce their own food makes them an animal too. Coral is the reason for the area's name: the Great Barrier Reef; which is the largest coral reef in the world.

Out of the 360 species of coral found in the area, 22 types of coral are currently classified as endangered species.

There are several reasons to explain why they are endangered. The first are Crown of thorns, a starfish species that is a natural predator for coral polyps. This species had an outbreak during the early 2000's and they have presumably reduced coral population to 50%.

Other reasons are global warming and pollution which cause what is known as coral bleaching, a reaction from the species when it loses its pigmentation. It is believed to be a sign of stress of the coral polyp and, if a coral undergoes bleaching for a long period, it eventually dies.

Sadly, the severe mass bleaching events of 2016 and 2017 have affected two-thirds of Australia's Great Barrier Reef. New aerial surveys have shown that these two bleaching events have damaged 1,500 km of the reef, and the damaged coral has little chance to recover.

Corals feed from algae, so the loss of wetland in favor of new coastal constructions means that there has also been a decrease in the quality of water in these areas, so not as many algae can flourish, leaving corals without as much food as they may need.

The Bonn Convention stated several agreements to protect endangered migratory animals. Though we have stated several above, these are the ones that appear in their appendix:

As mentioned, there are animals in the Great Barrier Reef that are not endangered but could be in the future. A threatened animal means that it has been declining in population in the area, which is why the GBRMPA take special care of it.

Are you interested in learning about the different endangered species of the world and how to help protect them? Take a look at these articles:

If you want to read similar articles to Endangered Animals in the Great Barrier Reef, we recommend you visit our Endangered animals category.

Tips
Why Is the Bush Dog Endangered?
Why is the South Asian River Dolphin Endangered?
Endangered Animals of India - With Pictures
Why are Giraffes a Vulnerable Species?
Related categories
Facts about the animal kingdom
Most read
1.
What Animal am I According to my Zodiac Sign?
2.
What Does It Mean When a Cat Shows Up at My Door
3.
Are There Venomous Spiders in the UK?
4.
The 10 Most Solitary Animals in the World
5.
10 Smells that Attract Cats
6.
Differences Between Deer, Elk, Moose and Reindeer
7.
10 Most Beautiful Animals in the World
8.
Most Common Cat Eye Color and Their Meaning
Most Endangered Species in North America
Endangered Animals of the Mangrove Forests
Why is the Hawaiian Monk Seal Endangered?
The 10 Animals In Danger Of Extinction In The World
12 Animals in Danger of Extinction in Peru
Why Is the Red Panda Endangered?
Animals of the Iberian Peninsula
Why Was the Koala Recently Declared Endangered?

Thanks! I'm writing an informative text, and this is really helpful! :)

You are very welcome. We hope you get an A+ on the project!

Administrador AnimalWised
18/01/2019
Very glad we could help Lily!
Marlie
03/04/2018
This is the first website that I have actually found some solid information for my school project

Administrador AnimalWised
12/04/2019
So glad we could help!
duter
27/04/2019
I am doing a school project on the great barrier reef and I am in 3rd grade! helpful information!

Administrador AnimalWised
30/04/2019
So glad we can be useful, good luck with your project!
Joshua Steen
20/08/2019
Same! The best website ever!
Endangered Animals in the Great Barrier Reef 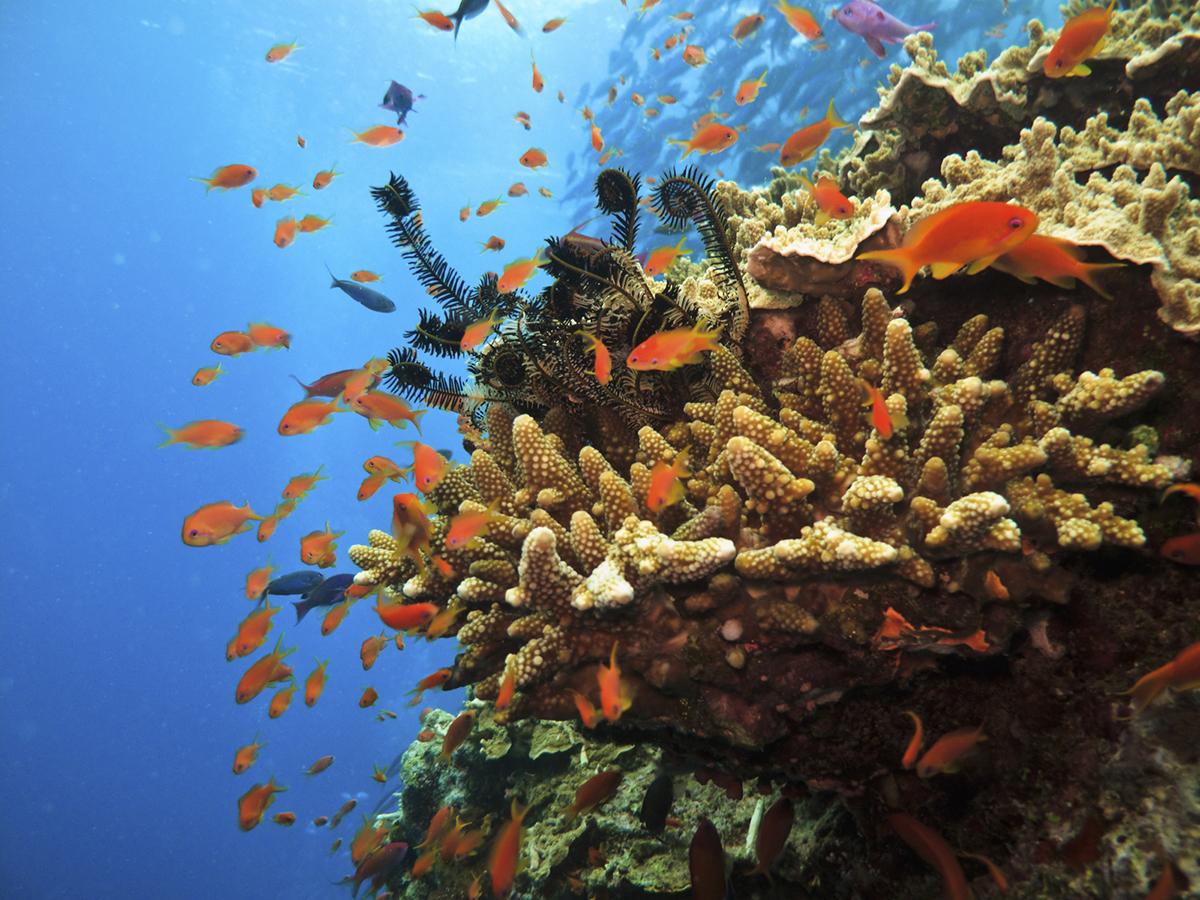 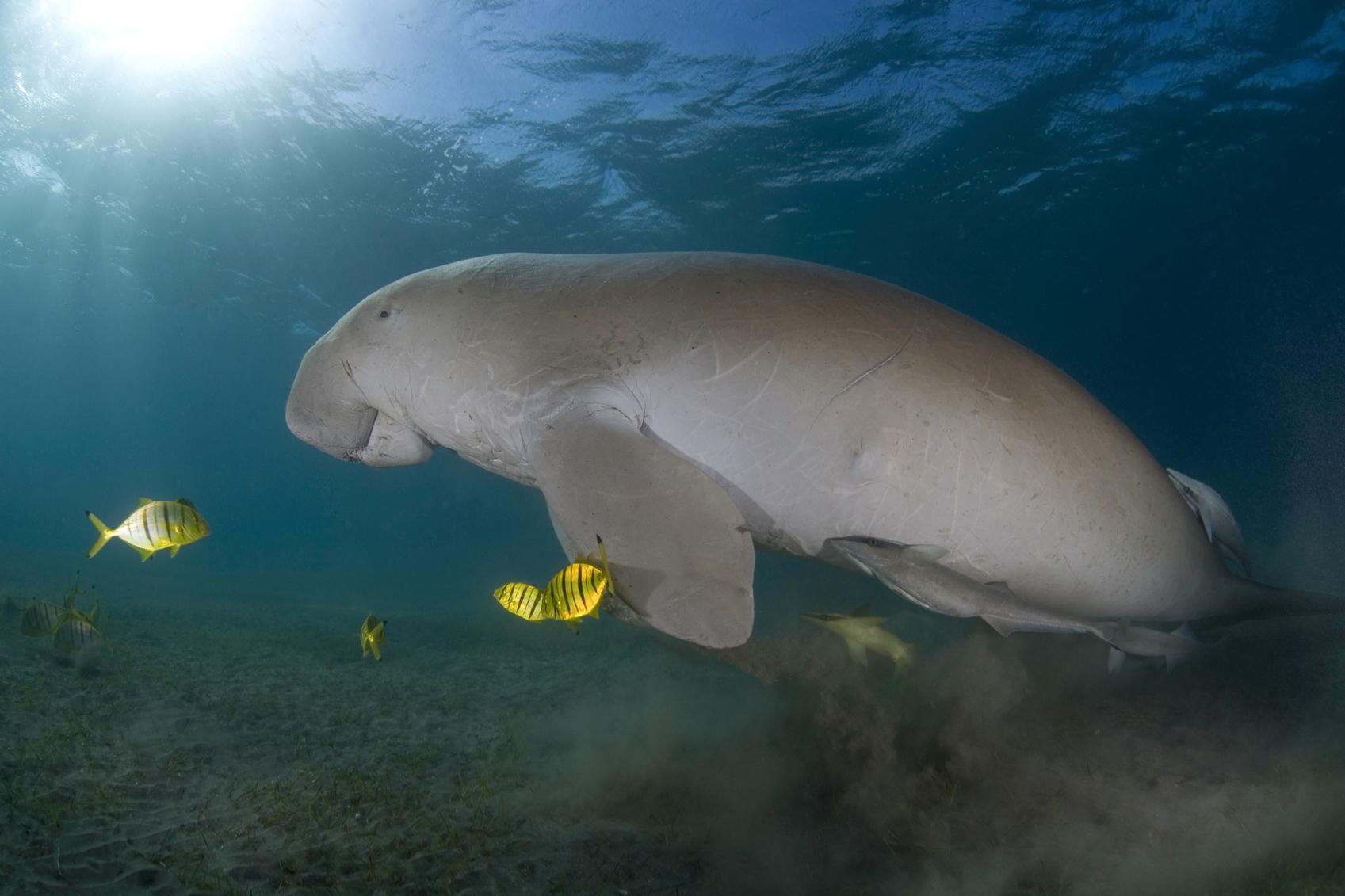 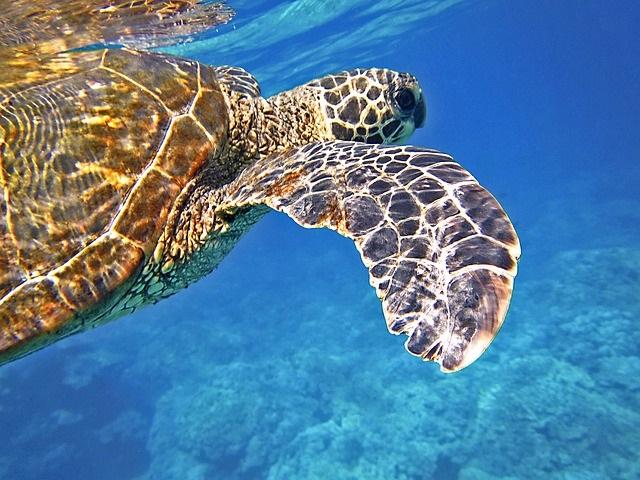 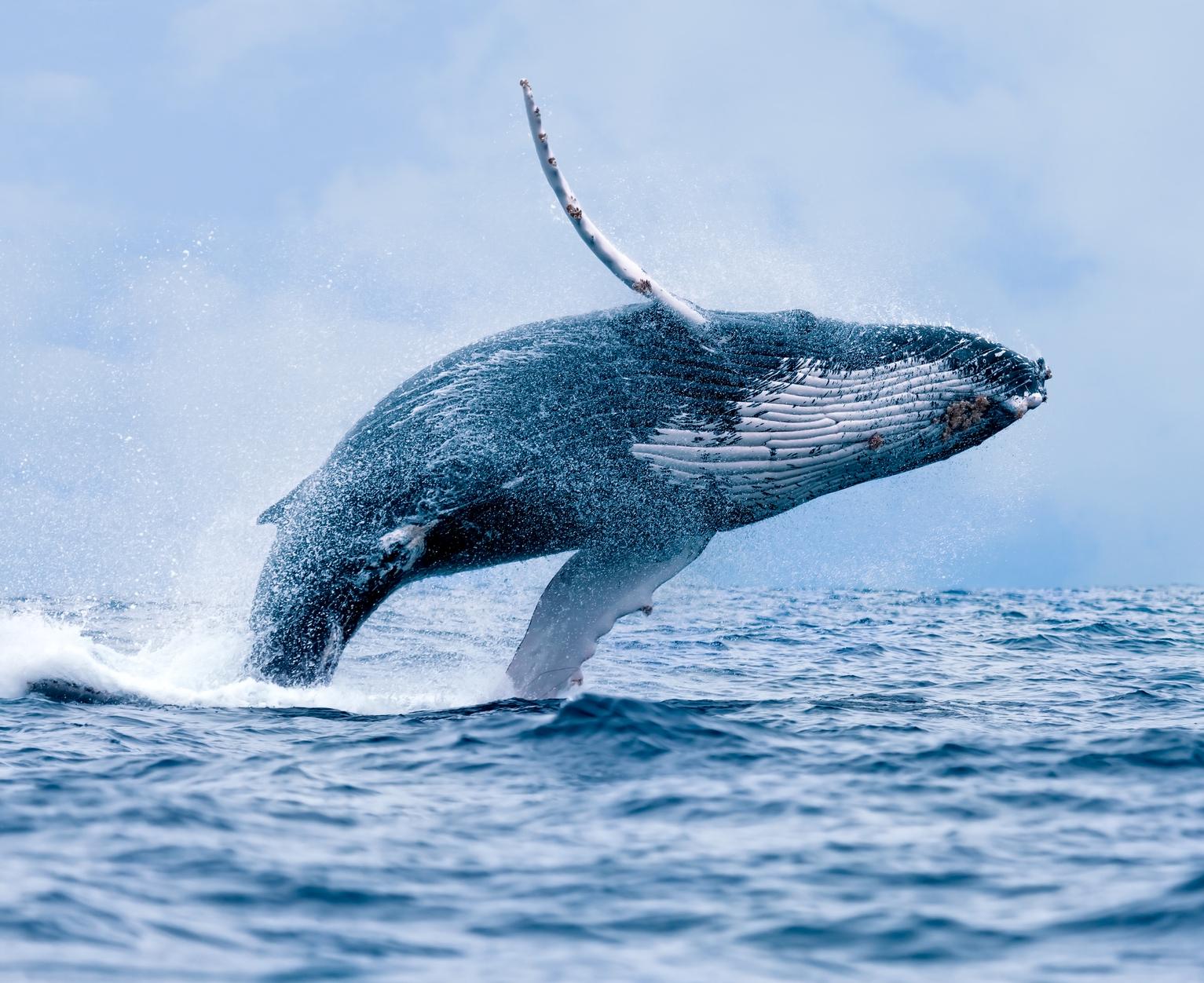 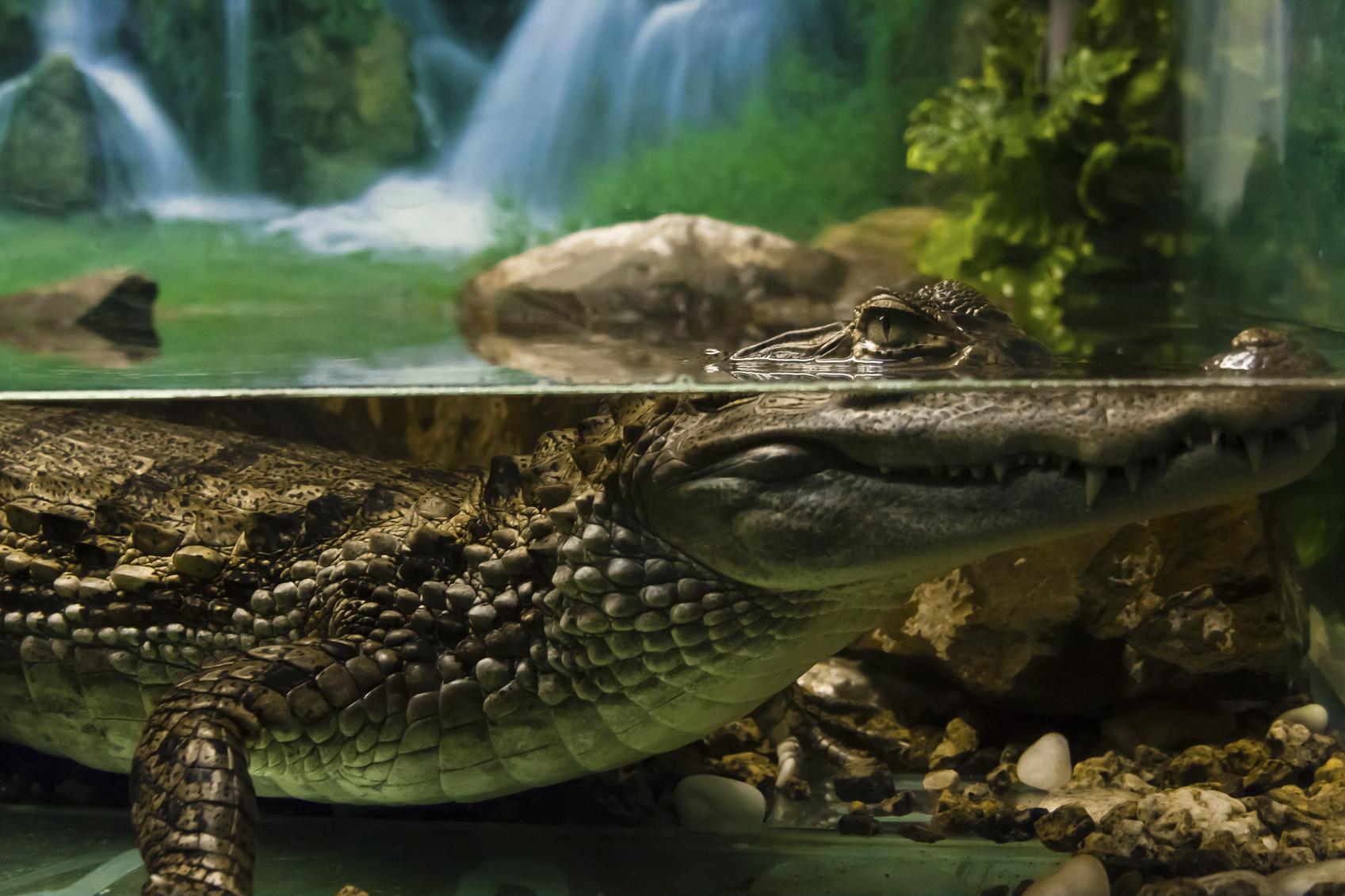 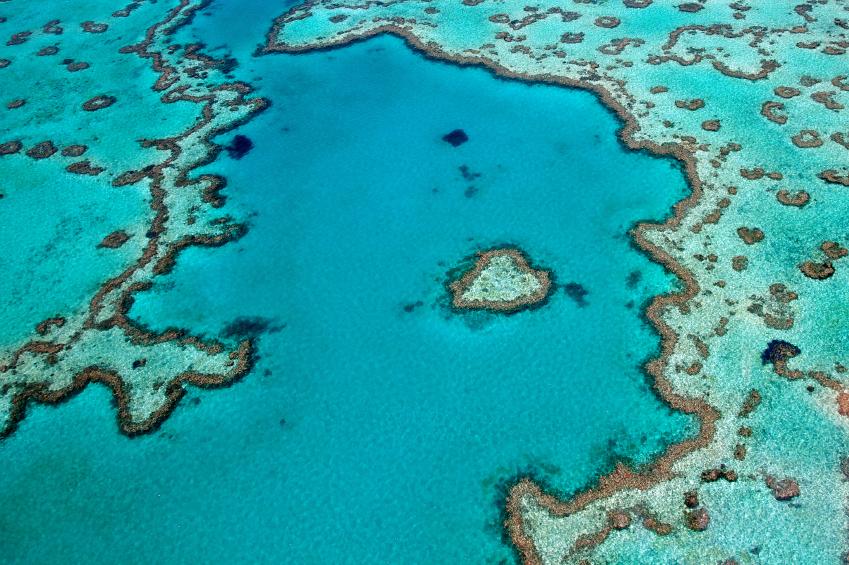