Why do Cats' Eyes Glow in the Dark?

In the wild, an animal's eyes might be the first thing you see as they walk toward you in the dark. While your cat may be a domestic animal, they are no exception. This is because the glow in your cat's eyes derives its purpose from their wild ancestry. Just because they are not as large as a tiger or as deadly as a lion, it can be spooky when you see disembodied eyes floating around your rosebushes.

At AnimalWised we answer the question why do cats' eyes glow in the dark? In doing so, we'll find out why generations since ancient times have been equally unnerved and fascinated by these luminous features.

You may also be interested in: Glow in the Dark Animals
Contents

Where does the glow come from?

It may be a surprising fact, but cats share 90% of their DNA with humans[1]. Despite initial appearances, this is one reason why cat's eyes behave similarly to human eyes. However, to know why they glow in the dark, we need to take a general look at vision in cats.

The reason cats can see is because light reflects off objects into the cornea of their eye. After doing so, it crosses the pupil and iris which increase or decrease in size according to the amount of light passing through. The greater the amount of light, the less the pupil requires to see the image, therefore it decreases in size).

Subsequently, the the light continues its course through the eye's lens which is responsible for focusing the image. It finishes at the retina which is the part responsible for sending the information about the image to the brain. It is only when this information reaches the brain that the cat can see the image. Of course, this process is almost instantaneous, lasting just a tiny fraction of a second.

This process of light entering the eye and registering an image occurs in almost the exact same way in humans as it does in cats. The main difference is that cats have an extra structure known as the tapetum lucidum. This is the part which creates the mysterious brightness they radiate at night, giving the cat's eye a glowing appearance. Another key difference of a cat's eye compare to a human's is the presence of another additional membrane known as a third eyelid.

What is the tapetum lucidum?

As we referenced above, the tapetum lucidum is not found in all animals and is not something humans possess. It is an iridescent membrane which reflects light (and with it, the perceived image) back to the retina. This means it can better detect even the slightest ray of light in an environment. It is a natural way to enhance already good vision, kind of like a vision booster. In the dark, cats need to trap as much light as possible. This is why the pupils of a cat's eye open so wide they are almost the size of the entire external eye. These pupils behave similarly to humans, except they are of an oval like slit shape when smaller.

When the light reflects off the tapetum lucidum back on to the retina, it causes the eyes to provide a glow or shine. This light is not new light emanating from the eye, but simply a reflection of any light which enters it in the first place. The membrane, however, can multiply this light up to fifty times. This is one of the reasons it can look so eerie when you see a cat's eyes seemingly glow in the dark. It is also which this is a common feature of nocturnal animals.

Even so, it is important to remember that cats cannot see in total darkness. The process we have just explained can only occur if there is some light in the first place to reflect and enhance. Still, many people claim that cat's can see in the dark. When there is no light whatsoever, something which is very rare even in the wild, felines use their other very acute senses to orient themselves to their environment.

Many roads and highways have something called cat's eyes along the middle. This is because they use a similar system of reflection so that when headlights shine on them, the reflection is enhanced. It looks as if the reflection is a light source in itself, but it is not. They help to keep driver's safe in their own lane.

You may have seen a cat's eyes seemingly glow in the dark, or even very low light, but you may not have always registered the color. This may change when you encounter a cat which glows two separate colors. The reason for this is the chemical composition of the tapetum lucidum itself. It is made up in part of differing amounts of riboflavin and zinc. The differing amounts of one or the other of these chemicals results in differing colors.

Additionally, the breed and physical characteristics of the individual cat (their phenotype) will also influence their eye color. Because of this, even though in many cats the green reflection predominates, in cats with clear coats and bluish eyes, the reflection tends to be redder. However, it is also common for the color to be yellowish depending on the cat.

What happens when you take a cat's photo?

One of the most common times you may see the glow of a cat's eyes isn't always when you are looking directly at them. When you take picture of your cat, it is often not always until you look at the picture (either digitally or when developed) you see the shining glow of their eyes. It can look as if lasers are emanating from some sort of superhero cat. This doesn't have to be when your take a picture with a flash, but it can be particularly prominent when this happens.

As our cats are often so adorable, it can be tempting to take pictures of them incessantly. However, it is recommended you do not take pictures of cats with the flash on, especially in areas of low light. This is because their sensitive eyes can be disturbed by such a sudden brightness. It can stress them out and they may associate your phone or camera with anxiety.

If you do want to take pictures of your cat with a flash, then we recommend focusing on the cat from a low angle. Or, you can try the burst mode if your camera has this option. This is because the flash will point just once and illuminate the shots without direct flash. This should mean you get a beautiful picture without having to disturb your cat in doing so.

If you want to read similar articles to Why do Cats' Eyes Glow in the Dark?, we recommend you visit our Facts about the animal kingdom category.

The Dark Side of Bird Trapping in Spain
When Do Puppies Open Their Eyes Fully?
Why Do Cats Sleep With Their Eyes Open?
Why Do Some Cats Have Different Colored Eyes?
Related categories
Endangered animals
Most read
1.
What Animal am I According to my Zodiac Sign?
2.
What Does It Mean When a Cat Shows Up at My Door
3.
10 Most Beautiful Animals in the World
4.
The 10 Most Solitary Animals in the World
5.
How Many Types of Lions Are There?
6.
Why do Dogs Get Stuck when Mating?
7.
10 Smells that Attract Cats
8.
Animals With Scales - Full List
10 Most Beautiful Animals in the World
What is the Story of Nandi the Bull?
Do Cats Recognize Humans by Sight?
Eyes of Spiders - How Many Eyes Do Spiders Have?
Why do Cats Roll on the Ground?
Why Do Cats Like The Sun?
Why Is My Cat Staring at Nothing?
The Most Fascinating Animal Senses In The World

Why do Cats' Eyes Glow in the Dark? 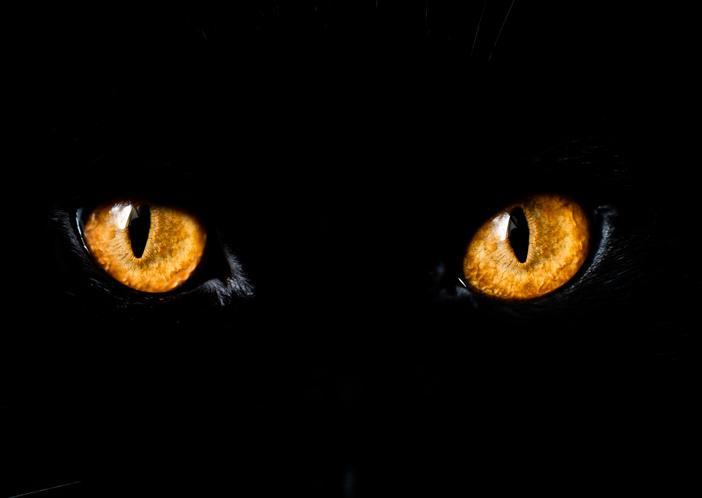 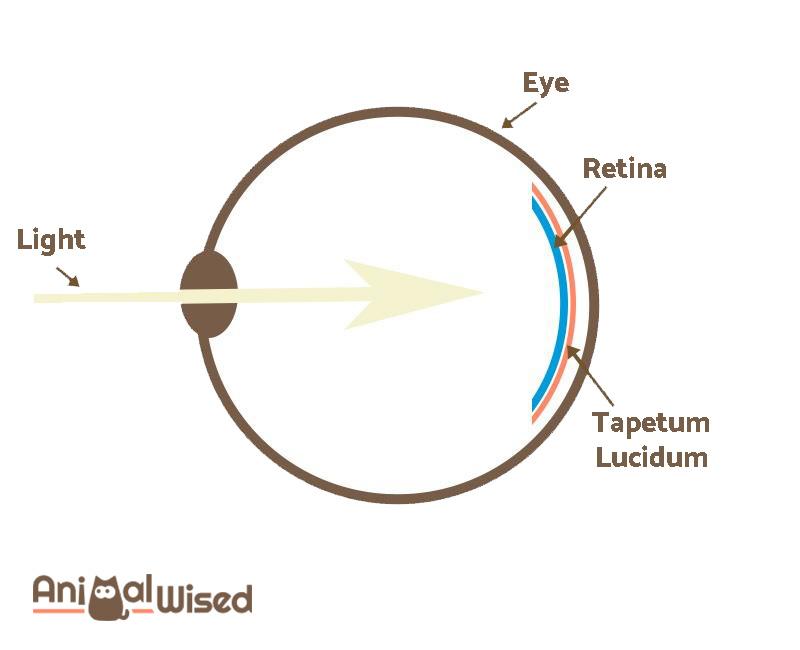 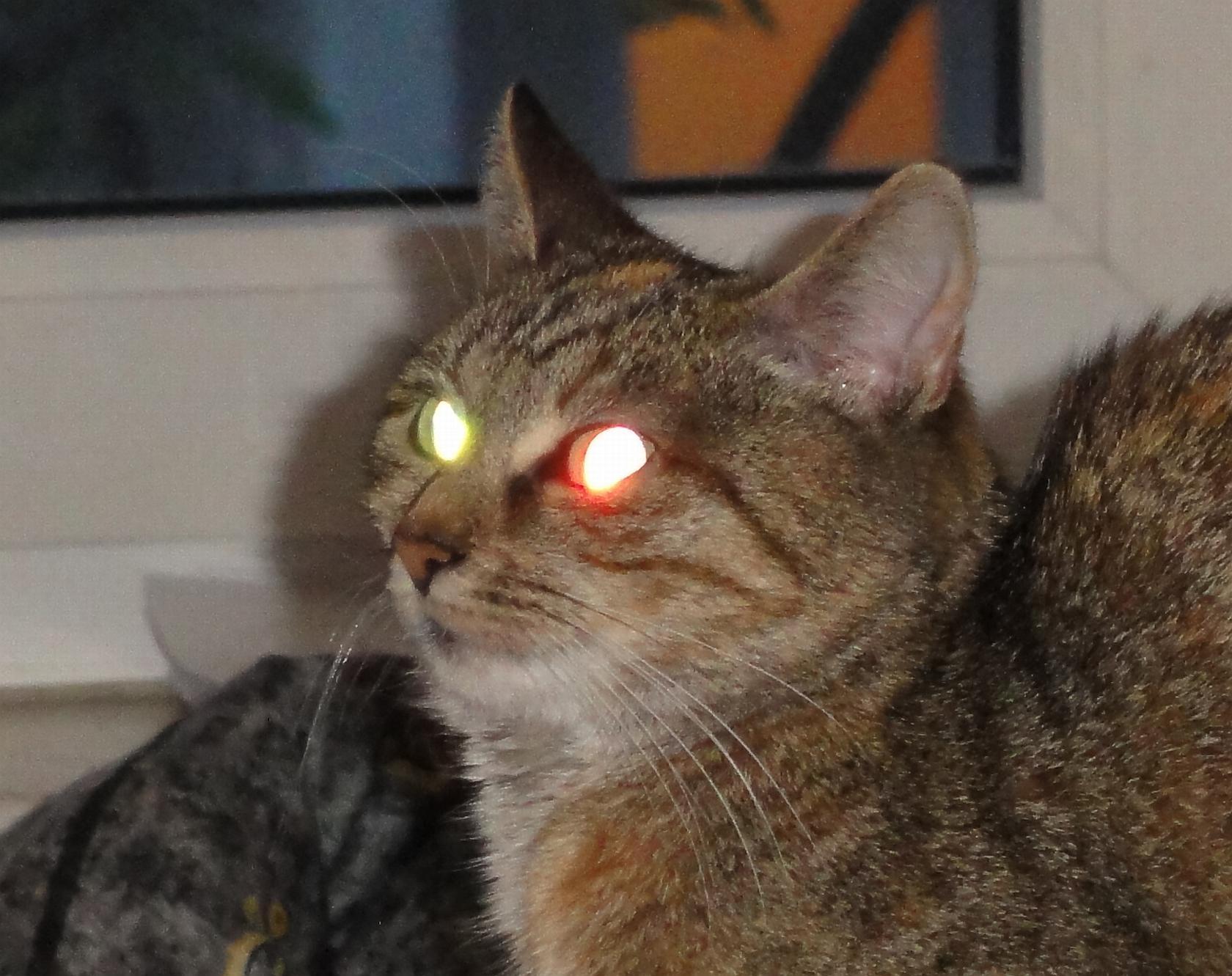