Why Does My Cat Have So Many Eye Boogers? 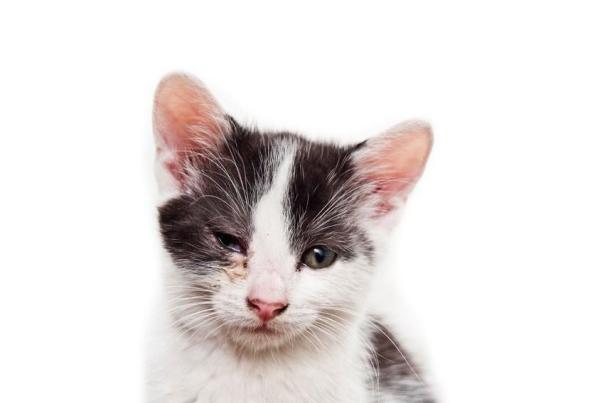 Eye boogers is a crass description, but this doesn't stop it from being pretty accurate. Rheum is a discharge of mucus which is washed away by blinking. This means when they sleep, cats don't wash away this discharge and it collects in the corner of their eyes. The same thing happens in humans. It can give the appearance of collected mucus which is very similar to the nasal mucus we might call boogers.

Unfortunately, there are some conditions which create an overabundance of rheum in the corner of the eyes. This can cause the eye to shut and the cat is unable to open it again. This can even happen in both eyes, making the cat unable to see and can disorient them. If this happens outside, it can put them in danger. AnimalWised looks at why your cat may have so many eye boogers (rheum), so that they can be treated if necessary.

You may also be interested in: Cat Eye Diseases - Types, Causes, Symptoms and Treatment
Contents

Feline herepesvirus type 1 (FHV-1) is the viral infection which is often known as the ‘feline flu’. It creates something called ocular and respiratory tract tropism which is similar to conjunctivitis. It can lead to respiratory problems such as sinusitis, sneezing and rhinorrhea (the scientific term for nasal discharge).

Almost no kitten in a litter will be spared from it if their mother is a carrier. The infection is reactivated during the stress of childbirth, even though it has remained dormant for some time. The virus can affect the kittens in utero which can lead to the loss of an eye. It is a very dangerous and life threatening infection. Cases are acute in kittens less than 3 months old, but can be moderate or latent in adults cats who have managed to control the initial infection thanks to a strong immune system.

At the ocular level, it can give rise to numerous clinical manifestations which have a common denominator: the appearance of eye boogers or rheum. They can be of different viscosity and/or color. Essentially, an ocular infection in the tear duct occurs making the mucus and lipid part of the rheum dominate over the liquid part. This leads to the thick crusty booger looking build up rather than the thinner normal amount of rheum. Additionally, it presents the following symptoms:

After a herpesvirus infection, the invading bacteria can start to complicate the picture. Primary treatment includes a localized treatment of antiviral eyedrops, such as famciclover or aciiclover, and the control of opportunistic bacteria with antibiotics. The regular cleaning of eye secretions is also very important. These treatments tend to take some time and require a lot of patience for both cat and owner.

Your vet may also carry out a Schirmer's test which determines whether or not the eye can produce enough tears to keep the eye lubricated. They need to do this before they apply eye drops in case they need to be watered down.

Unfortunately, as with all herpes virus, when the cat overcomes the initial infection, they will remain a chronic carrier. You may notice there is a sequela (evidence of a previous disease) in the form of a corneal lesion. The infection can be reactivated from time to time, either giving rise to milder infections or even going unnoticed if it is vaccinated against herpesvirus. We usually notice that our cat ‘winks’ with one of its eyes or we see a persistent weeping thanks to the secretion from the lacrimal groove.

The calcivirus is another condition often termed the ‘feline flu’. This is one of the most harmful and potentially fatal respiratory diseases in cats, but doesn't always have ocular discharge as well (our so-called feline eye boogers). Similar to the FHV-1, this infection can be latent, meaning it does not present symptoms. When it does, they can be relatively mild or acute. Mouth ulcers can occur and the range and combinations of symptoms vary case to case.

There is a vaccine known as the trivalent vaccine which is designed to prevent symptoms of FHV-1, calcivirus and panleukopenia. Unfortunately, there are two main complications:

After the initial infection, the virus can become chronic, reactivating due to come other condition such as conjunctivitis. It is also associated with respiratory problem symptoms such as coughing, sneezing and sinusitis.

Almost always accompanied by respiratory symptoms, the treatment is commonly an oral antibiotic. This enters into the system of the cat and is secreted by the tear ducts, thereby affecting the rheum also. If the veterinarian thinks it is appropriate, they may prescribe an antibiotic and/or antiinflammatory eye drop, if the conjunctiva (the mucous membrane) are acutely affected. This may be needed as tear production can be diminished, making it a widely used option. Antivirals do not have the same efficacy as they do for something like FHV-1.

Diagnosis is made through serological tests which is where the excretions are lab tested. However, this common enough a disease that clinical suspicion and a response to treatment might be enough for an accurate diagnosis.

The bacteria Chlamydophila felis is not part of the range of conditions known as feline influenza, but can appear as secondary to a viral infection. They do so by taking advantage of a repressed immune system in an infected cat. This condition usually causes a an acute infection with an intense mucopurulent ocular discharge (mucupurulent ocular discharge is perhaps the fanciest term for eye boogers we know). An inflammation of the conjunctiva is also likely which can be very irritating for the cat.

The diagnosis for feline chlamydiosis is identified by laboratory tests (a conjunctiva swab sample is taken and analyzed). The treatment is based on a specific group of antibiotics (tetracyclines) which come in ointment or eyedrop form. This treatment usually takes several weeks.

If the infection and rheum production in the eye does not improve after repeated eye drop administration, you vet will need to isolate the bacteria and confirm they are treating it correctly. This may require further testing.

In brachycephalic breeds (flat faced cats like the Persian or other exotic cat breeds), it is common for secretions from the lacrimal groove to be persistent. This means they are more prone to eye boogers than other cats.

This is due to the formation of their skulls, facilitating the nasolacrimal ducts to become more easily clogged. This overflow of rheum leaks out of the tear ducts and often remains on the fur in front of the eyes before drying out. This usually ends in a viscous crust of brownish rheum in the angled corner of the eye. This makes it look dirty and can include redness of the conjunctiva. In addition, their eyes which protrude from the profile of the face can become dry and irritated.

In flat faced cats this will require regular cleaning of these secretions to prevent them from drying out and promoting infection. This may require a specific product such as saline to make sure the area is cleaned hygienically. However, if the problem is particularly chronic, your vet may recommend daily eye drops to prevent excessive dryness. If you want to know more, check out our article on cleaning the eyes of a cat.

If you want to read similar articles to Why Does My Cat Have So Many Eye Boogers?, we recommend you visit our Eye problems category.

Why Does My Cat Have Dilated Pupils?
My Dog Has Green Eye Discharge
Why Does My Dog Scratch Its Eyes?
Why Are My Cat's Eyes Red?
Related categories
Other health problemsPreventionDe-wormingInfectious diseasesMental problemsIntestinal problems
Most read
1.
What to Do if My Dog has Something Stuck in his Throat?
2.
My Dog Is Bleeding from His Penis
3.
Can I Bathe My Dog After Vaccination?
4.
My Cat Has Liquid Coming From Their Anus
5.
Myiasis In Dogs - Symptoms, Removal And Treatment
6.
My Dog Keeps Licking Her Private Area - All Possible Reasons
7.
Gurgling Sound in Cat's Stomach
8.
My Dog Has Pus Coming From His Penis
My Cat Has a Cloudy Eye
Why Puppies Have Tear Stains
My Dog Has Bloodshot Eyes
New
My Cat Has Blood in Their Eye
Blood In My Dog's Eye
Keratitis in Cats - Types, Symptoms, Treatment
Common Eye Problems In Dogs
Cat Eye Infection Treatment

Why Does My Cat Have So Many Eye Boogers? 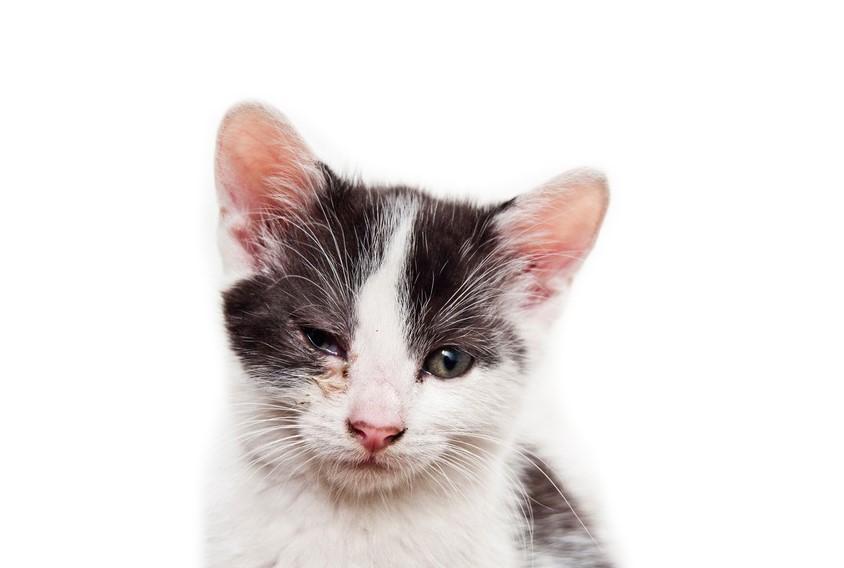 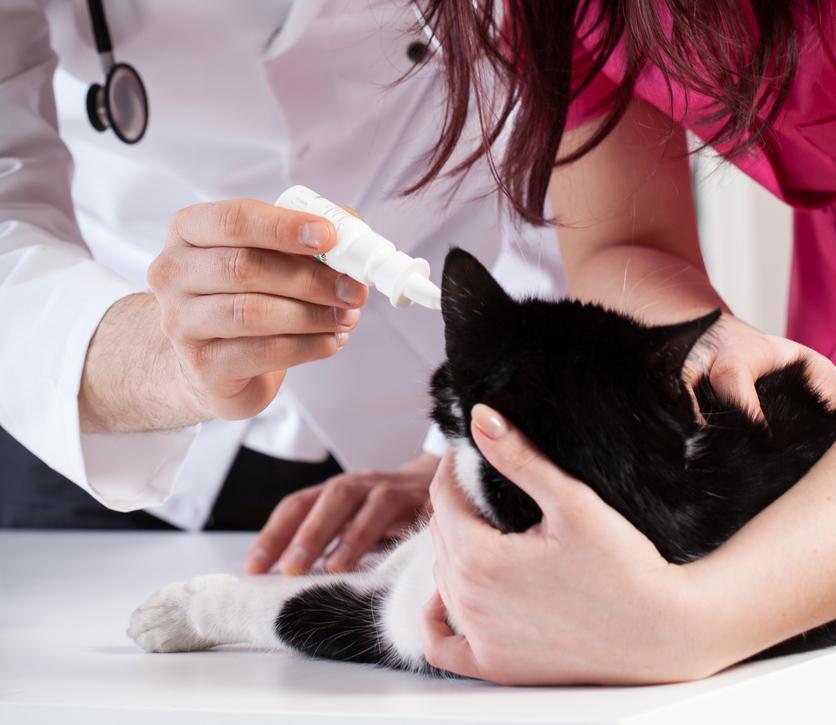 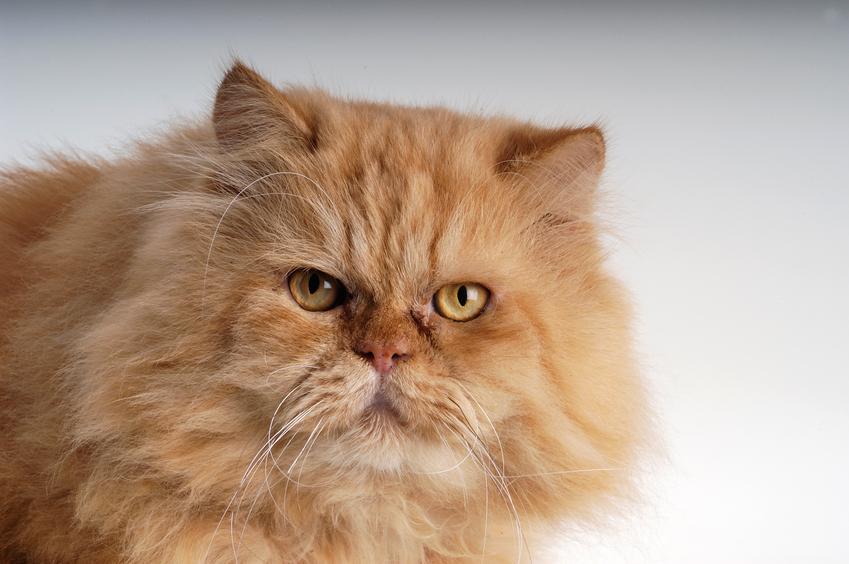 1 of 3
Why Does My Cat Have So Many Eye Boogers?
Back to top