Why Do Cats Make Noise when Mating? The Answer 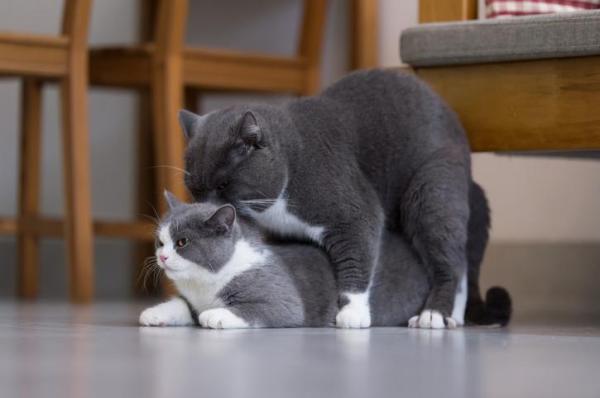 If you have witnessed two cats mating you will know that they make a lot of noise. The truth is that meowing begins when the cats go into heat, to attract the attention of males. They also respond with meowing and this is how the procession begins.

But it is during copulation that the screams and meows are most evident and scandalous. Many people wonder: why do cats make noise when mating? In AnimalWised we will answer your question, you will be surprised by the answer.

You may also be interested in: Why do Dogs Get Stuck when Mating?
Contents

Females reach sexual maturity between 5 and 9 months of age. The males, on the other hand, do so a little later, between 9 and 12 months. It's pretty obvious when cats are in heat. Apart from the characteristic meowing, there are many other signs that a cat is in heat, such as licking, raising her tail, etc..

Cats have an average of 5 to 7 days of heat and repeat it once a month. This interval will depend on whether or not the cat has mated with a male during the heat. Other factors that can intervene are the season of the year and breed. If you have a cat in heat and don't want her to have kittens, find out how to help a cat in heat.

A small distraction will be enough for the male or female cat to run out the window in search of sexual intercourse. Hence the importance of cat castration, especially if we want to avoid an unwanted pregnancy. We must also be responsible if we do not want to contribute to the abandonment of stray cats.

The increase in the number of cat colonies continues to exist and we must be very aware of this in order to prevent this serious problem. We must not increase the number of cats in the world without securing a home for the little ones, as a homeless cat is exposed to countless dangers such as hunger, accidents and abuse.

Courtship and copulation of cats

When the female enters heat (the phase where she is most receptive to attract males) she radically changes her behavior and does not reject male mount attempts.

They put themselves in the lordosis position, i. e. touching the floor with their belly and raising the perineum. This position is necessary for the male to penetrate. He will perform copulatory movements and meanwhile, the female slowly adjusts to the male through pelvic movements to make copulation easier.

Females can also mate with different males. The fertilization of the egg is carried out by a single sperm, but if the female is matched with more than one male, different sperm can fertilize different eggs. For that reason, in a single litter, the female can have kittens of different males.

A cats' penis is thorny. Yes, you read it right! Cats' genitalia are covered with small keratinized spines (as you can see in the picture) that serve the purpose of stimulating ovulation of females. These penile spicules induce ovulation. In addition, spines allow the penis to not slip during intercourse.

Contrary to what some people think, spines do not harm the female or cause bleeding. They simply trigger a neuroendocrine stimulus that triggers a hormonal shock (LH). This hormone will start to work between 24 and 36 hours after intercourse.

After intercourse, the female's behavior is very dramatic. Once the male begins to remove the penis, the pupils dilate and 50% of females cry or meow, in a sort of loud tone. Most cats attack the male after mating, very aggressively, and then rotate and lick their genital area for 1 to 7 minutes.

Now you know why cats make so much noise when mating!

If you want to read similar articles to Why Do Cats Make Noise when Mating? The Answer, we recommend you visit our Facts about the animal kingdom category.

Why do Dogs like the Sun?
Do Cats Come Back When They Run Away?
Why Does My Cat Meow When I Pet It?
Why Do Roosters Crow in the Morning?
Related categories
Endangered animals
Most read
1.
What Animal am I According to my Zodiac Sign?
2.
What Does It Mean When a Cat Shows Up at My Door
3.
Why do Dogs Get Stuck when Mating?
4.
The 10 Most Solitary Animals in the World
5.
10 Most Beautiful Animals in the World
6.
My Female Dog In Heat Won’t Accept A Male - Causes
7.
Are There Venomous Spiders in the UK?
8.
Animals With Scales - Full List
Why do Dogs Scratch the Ground?
Why do Cats Raise Their Tail When Being Petted?
Why do Cats Roll on the Ground?
Do Cats Have Dreams?
Why Do Bulls Attack The Color Red?
How Do Parrots Mate and Breed? - The Reproductive Process of Parrots
Why do Cats Meow?
Why Do Cats Sniff Each Other's Butts?

2 comments
Rating:
Okay But
17/02/2021
If female cats aren’t harmed and enjoy it why attack the male after? Maybe they don’t actually want it and are slaves to their hormones. Perhaps it’s not that enjoyable for them as we’d like to make out.
Rating:
feline intercourse expert
21/09/2019
bruh sound effect
Why Do Cats Make Noise when Mating? The Answer 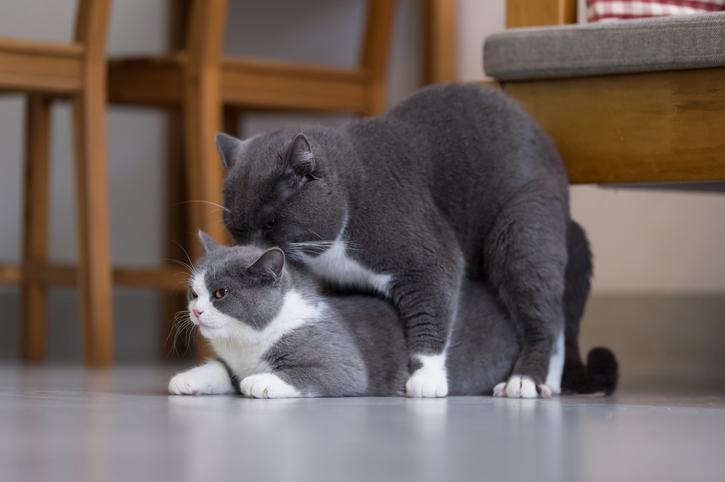 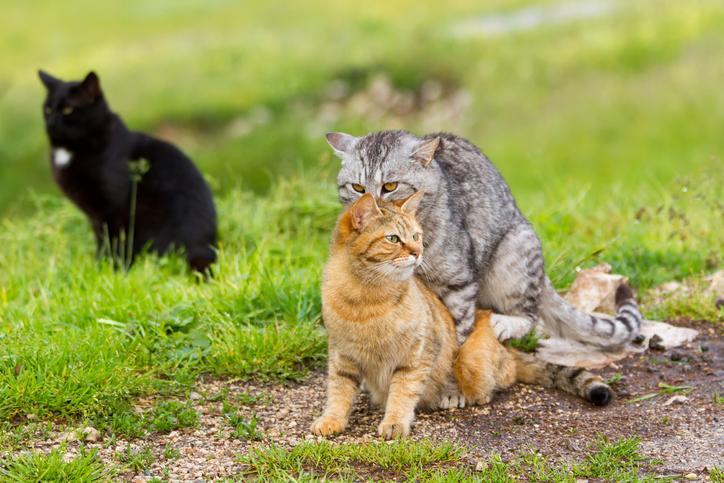 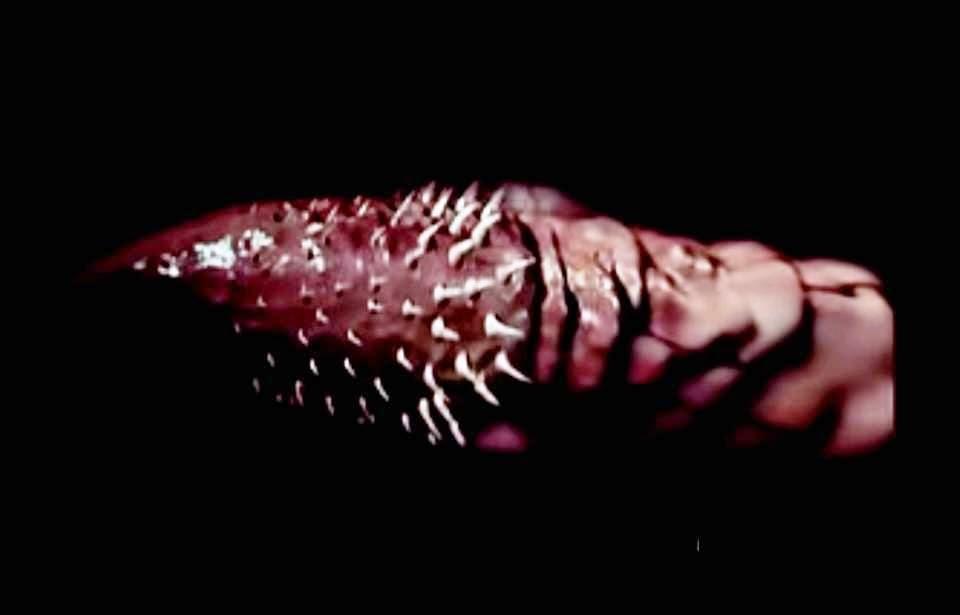 1 of 4
Why Do Cats Make Noise when Mating? The Answer
Back to top