Why Do Giraffes Have Such Long Necks?

By Nick A. Romero, Biologist and environmental educator. August 12, 2021

Some animals are almost defined by a certain characteristic. While this can be somewhat reductive, the reason it happens is because these animals may have a feature which is so unique, we can't help but associate them with it. Such is the case with the giraffe. There are many fascinating facts about giraffes which we could point out. They have hooves the size of dinner plates, their tongues are blue, no two coat patterns are the same. But the most prominent feature which sets them apart from other animals is their long neck.

Throughout history, there have been many hypotheses to the question why do giraffes have such long necks? These start from cultural legends which often have a mystical explanation and come closer to the truth with scientific study. In particular, we see than Darwin's explanation opened a lot of eyes via scientific study.

You may also be interested in: Do Giraffes Sleep Standing Up?
Contents

When we see a giraffe with a neck measuring up to 2 meters in length, we might think they are anatomically very different from other animals. However, when we look at the order to which they belong, even-toed ungulates (Artiodactyla), studies show their anatomy is very similar to the other animals in this order with shorter necks[1]. With the exception of three genera, giraffes have seven cervical vertebrae just like all other mammals. This means a giraffe neck is structurally part of their spine, as with any mammal.

The difference with a giraffe neck is that they have certain transverse holes in the vertebrae and significant lengthening of the vertebral centra. This explains physically why their neck is so long. Despite what some believe, giraffes have a backbone with the same units of vertebral structures as many other animals, they are just more elongated.

The result is that more than half the giraffe's spine consists of elongated cervical (i.e. pertaining to the neck bones) vertebrae. The other vertebrae are proportionately similar to the size of other types of ungulate animals.

In this sense, the neck of the giraffe is an adaptive aspect of the animal that makes it unique. Despite the various theories for the reasons of this evolutionary result, it is estimated that environmental limitations must have played an important role in the shape of this peculiar structure.

To understand more about giraffes as a species, take a look at our article on why giraffes are endangered.

How does science explain a giraffe's long neck?

The debate over the discussion of why giraffes have so long necks is not at a recent one. On the contrary, it has been continuing for centuries. One of the first to postulate ideas pertaining to the length of a giraffe's neck was the French naturalist Jean-Baptiste Lamarck (1744-1829). Lamarck propose the theory that these animals previously had short necks, but they elongated over time due to constantly stretching to reach leaves on trees.

His idea was that the giraffe developed this new phenotype as an acquired trait promoted by the environment in which they live and feed. However, Lamarck's ideas were rejected by the scientific community at the time.

Perhaps the most famous naturalist of all, Charles Darwin (1809-1882) took Lamarck's evolutionary ideas and developed them into his theory of natural selection. Darwin explained that giraffe's with longer necks outlived those with shorter necks. Those with longer necks were better able to survive as they could feed on foliage higher in the canopies after the lower leaves were exhausted. A longer neck made them better competitors for food.

Although Darwin's ideas, together with current scientific advances, have not been completely ruled out regarding the fact of the long neck of giraffes, other more recent hypotheses have also emerged. One is similarly linked to natural selection, but in this case related to the sexual aspect of giraffe behavior.

According to this theory, male giraffes take part in a type of duel known as ‘necking’. This consists of confronting other male competitors using their necks as weapons. They push against each other and try to force the other into submission. It's like a giant thumb-war with necks. The victor wins over the opportunity to reproduce with a female. This could also help to explain why giraffes developed with such long necks.

For those who wonder whether giraffes have long necks due to an ability to reach leaves at height or for sexual reproduction purposes, the two don't have to be exclusive. Evolution is a complicated process which provides few easy answers. It is most likely a giraffe has a long neck for both these reasons and more.

Although studies are still lacking in proving the exact evolutionary relationship, recent research has encoded the genetic sequence of giraffes and discovered genes which have an impact on the skeletal and cardiovascular development of these animals[2]. So, if they have undergone some slight changes, it could be the explanation as to why giraffes have become the tallest animals in the world.

Another idea that has been proposed is that giraffes that inhabit the hot African savannas are no better regulators of body heat than other animals in this habitat. The neck may have evolved to favor thermoregulation, since by directing it towards the sun, it manages to generate a shadow over its own body. In turn, this reduces the solar incidence on it, thus regulating the temperature of their physical organism. In this sense, this hypothesis would be linked to an evolutionary aspect related to the thermoregulation of animals.

Advantages and disadvantages of giraffes having long necks

Undoubtedly, one of the greatest advantages of the long neck of giraffes is being able to feed on the leaves that are located in the highest parts of the trees. In this way, this food is practically exclusive for giraffe consumption. Another aspect that favors long necks is their height allows them the ability to better spot predators from a distance. They can see lions which may even try to hide in trees while stalking them.

As for the disadvantages, we should say their striking height makes them an easily identifiable animal at a certain distance. In this regard, their predators do not require much effort to find them and their size makes it difficult for them to hide. Additionally, giraffes require a highly efficient anatomical and physiological system to be able to maintain themselves properly. This requires the need for a large daily amount of food intake and a great effort on their bodies, especially in the often harsh environmental conditions in which they live.

Similarly, such long necks can make some basic animal behavior practically difficult to carry out. Take a look at our article on why giraffes sleep standing up to learn more.

If you want to read similar articles to Why Do Giraffes Have Such Long Necks?, we recommend you visit our Facts about the animal kingdom category.

References
Bibliography
Why Do Dogs Have Whiskers?
Why do Cats have a Rough Tongue?
Incredible Horned Animals - Big, Long and Curly with Photos
Do Dogs Have Belly Buttons?
Related categories
Endangered animals
Most read
1.
What Animal am I According to my Zodiac Sign?
2.
10 Most Beautiful Animals in the World
3.
What Does It Mean When a Cat Shows Up at My Door
4.
The 10 Most Solitary Animals in the World
5.
Why do Dogs Get Stuck when Mating?
6.
My Female Dog In Heat Won’t Accept A Male - Causes
7.
How Many Types of Lions Are There?
8.
Animals With Scales - Full List
Do Dogs Have Good Memories?
Do All Elephants Have Tusks?
Where Do Giraffes Live? Habitat and Distribution
Do Snakes Have Bones?
Do Cats Have a Good Memory?
Do Dogs Have Feelings?
Do Frogs Have Teeth?
What do Cats do All Day Long?

Why Do Giraffes Have Such Long Necks? 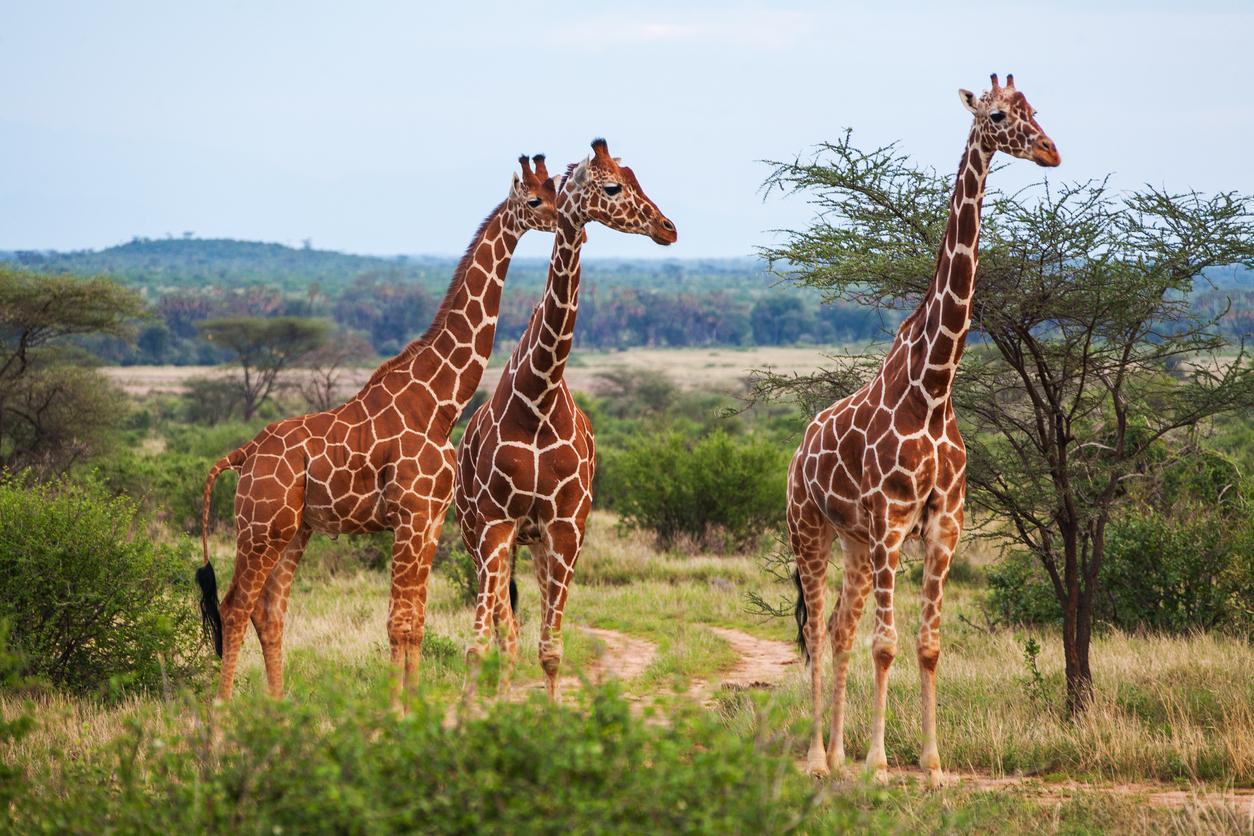 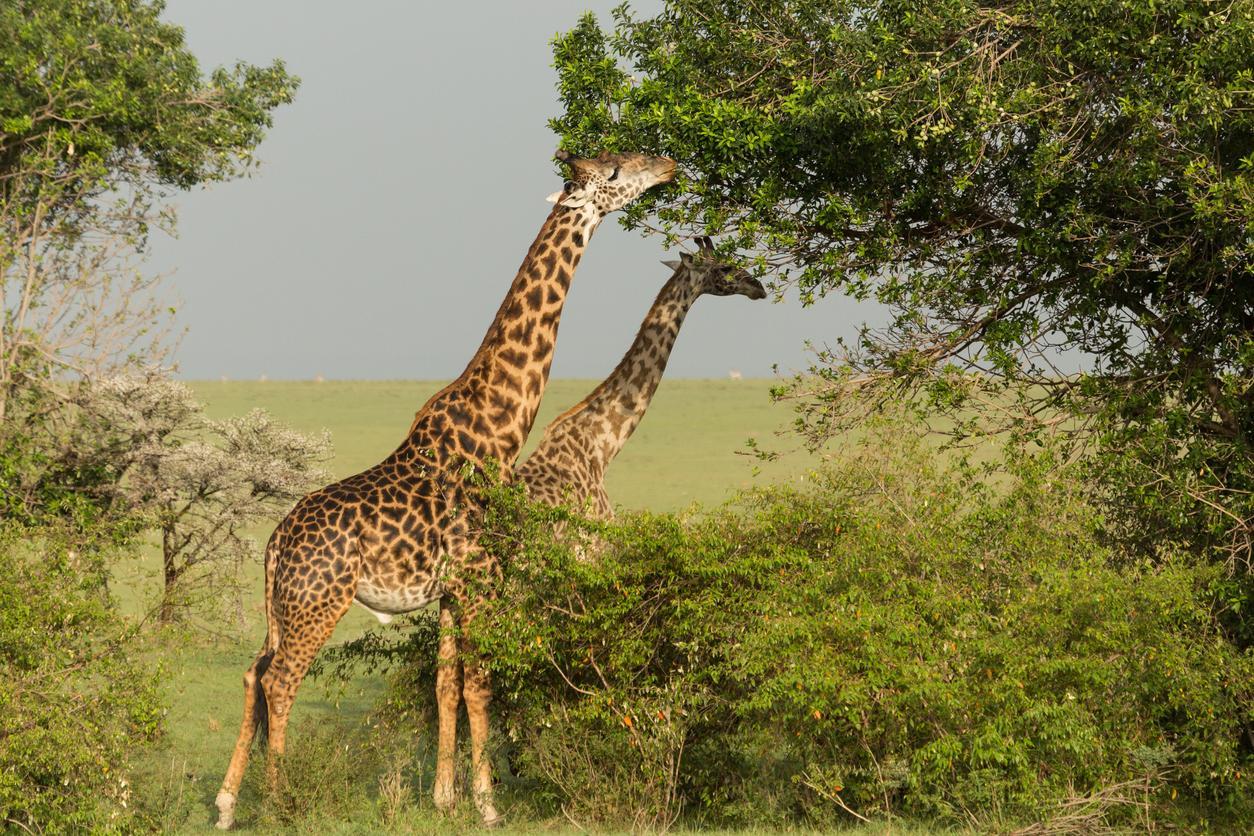 1 of 2
Why Do Giraffes Have Such Long Necks?
Back to top