Why Do Woodpeckers Peck Wood? 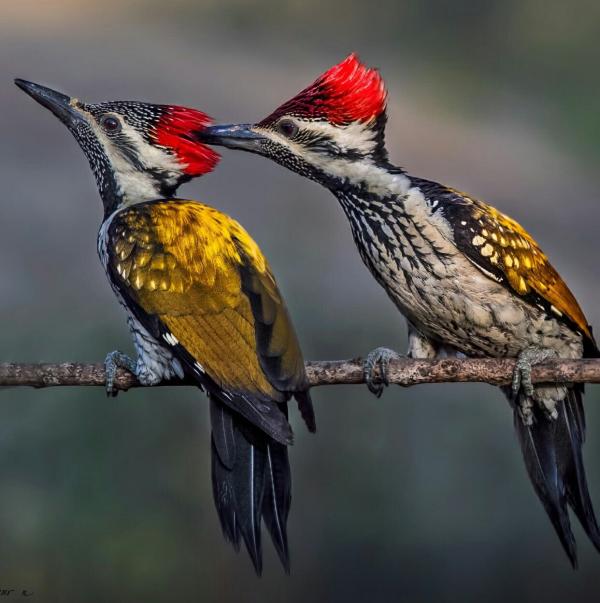 Woodpeckers are known for their distinctive drumming or pecking on wood with their large beaks against the bark of trees to create a unique sound. Until the 1940s, some people believed that the bird made the sound vocally before birdwatcher Norman Pullen resolved the argument (in 1943) through his recorded audio evidence.

Woodpeckers pecking on wood or tree bark, or sometimes, even on metal is a common sight and sound during the winters around many areas in the world such as Utah , where woodpeckers are endemic. But, have we ever wondered why of woodpeckers peck wood?

Woodpecker can peck 8000 to 12000 times a day and with a speed of 20 times per second. The impact force of the pecking is 1000 times greater than the force of gravity but because of the special design of the woodpecker's skull, it is able to direct the shock of impact away from the brain and protect it from serious injury. The woodpecker's skull is built to absorb shock and minimize the damage caused by constant, furious pecking. The bone and muscles that surround their brain are thick and spongy and they help the woodpeckers to prevent injuries to their brains and eyes.

Woodpeckers Peck on wood to look for food behind tree barks.They feed on tree living or wood-born insects. Some woodpeckers also feed on tree sap, native berries, fruit, nuts and seeds. They use their sharp beaks and peck on tree branches and trunks to extract bugs. They also use their long tongue to reach the pecked holes in the wood and trees to pull out the insects.

Woodpeckers also peck on wood to hollow out cavity nests. Woodpeckers are found in wooded areas, wooden fence posts, utility poles and buildings. They peck wood to make their holes, their habitats, in trees and wooden structures. They typically reproduce 4 to 8 eggs that hatch in their nests. A woodpecker is seen feeding its baby in the following picture.

Pecking is also a form of communication for the woodpeckers . They peck to flirt and attract mates. They also use it to signal their presence to other nearby woodpeckers. This is why they will find peck that has the loudest sound, as they want to be noticed by others of their species.

Woodpeckers also peck to establish their territory, to ward off predators and rivals with their 'drumming'.

Now that you know why woodpeckers peck, here are some facts facts that will get you to know the woodpecker's characteristic peck much better:

One of the ill effects of woodpeckers' pecking is the damage they cause on trees and wooden structures. Especially, fruit and nut bearing trees, wooden houses and sidings. They also drum on metal or wood and peck things like TV antennas, chimney caps. However, as they are an indicator species , they are highly protected.

Woodpeckers are also known for their distinctive 'chick' calls. The sounds they make vocally tend to be simpler in structure compared to other passerine birds. These calls are used by both male and females for communication, courtship, territorial disputes and alarm calls.Each species has its own range of calls. Mated couples may exchange muted, low-pitched calls.

There are about 200 species and about 30 genera in the woodpeckers' family.There are various kinds of woodpecker and calling sounds. Their size can vary from 7 cm to 50 cm. The largest surviving species is the great slaty woodpecker. Some woodpeckers are monogamous and together the mates hold large territories. It is rare to see more than two birds together at a time. When one member of a pair dies, the other usually finds a new mate. The Woodpeckers' drumming (usually on metal or wood resonant surfaces) occurs from late winter through the spring, between January and April, when the insects usually stay inside their habitats in tree barks. It may occur a number of times during a single day, and last for days or months. Most Woodpeckers are persistent and are not easy to drive away from their established territory.

If you want to read similar articles to Why Do Woodpeckers Peck Wood?, we recommend you visit our Facts about the animal kingdom category.

Why do Cats Roll on the Ground?
Why do Cats Meow?
Why do Horses Neigh?
Why Do Bees Sting?
Related categories
Endangered animals
Most read
1.
What Animal am I According to my Zodiac Sign?
2.
What Does It Mean When a Cat Shows Up at My Door
3.
Are There Venomous Spiders in the UK?
4.
The 10 Most Solitary Animals in the World
5.
10 Smells that Attract Cats
6.
10 Most Beautiful Animals in the World
7.
Most Common Cat Eye Color and Their Meaning
8.
Why do Dogs Get Stuck when Mating?
Why Do Dogs Lick?
Where Do Hyenas Live?
Why Do Dogs Have Whiskers?
Why Do Cats Headbutt You?
Why Do Cats Eat Grass?
Why Do Dead Whales Explode?
Why do Dogs Attack Children?
Why Do Cats Like Boxes?

Why Do Woodpeckers Peck Wood? 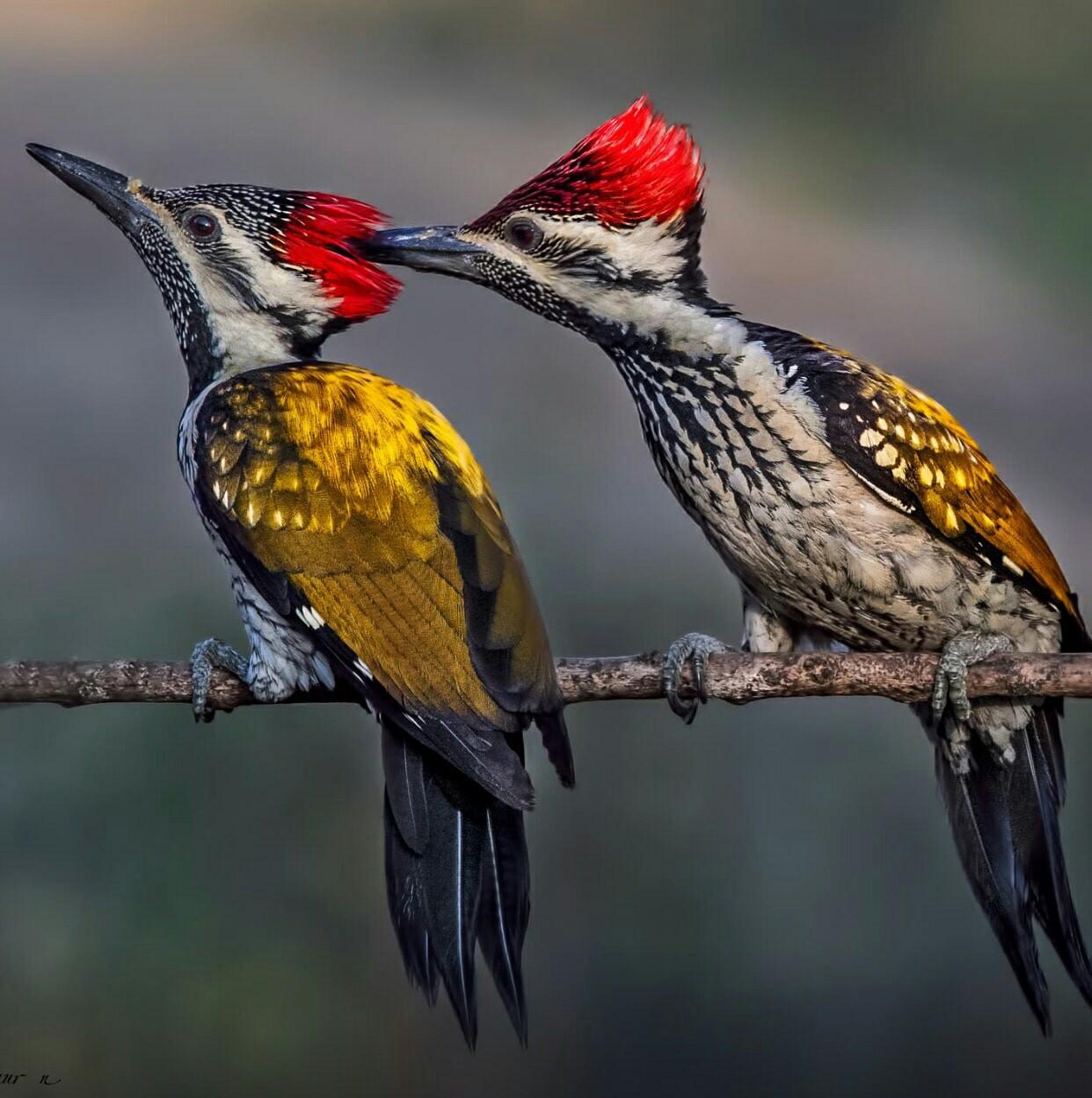 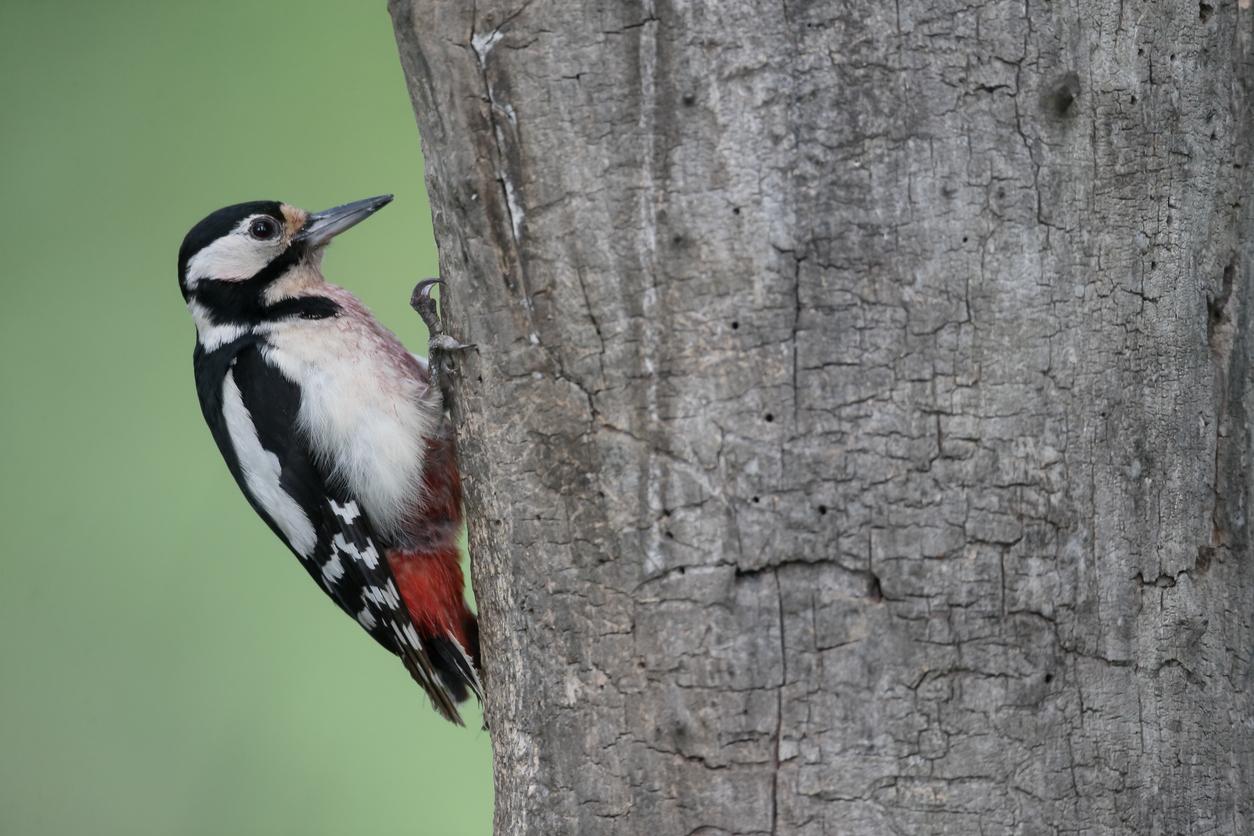 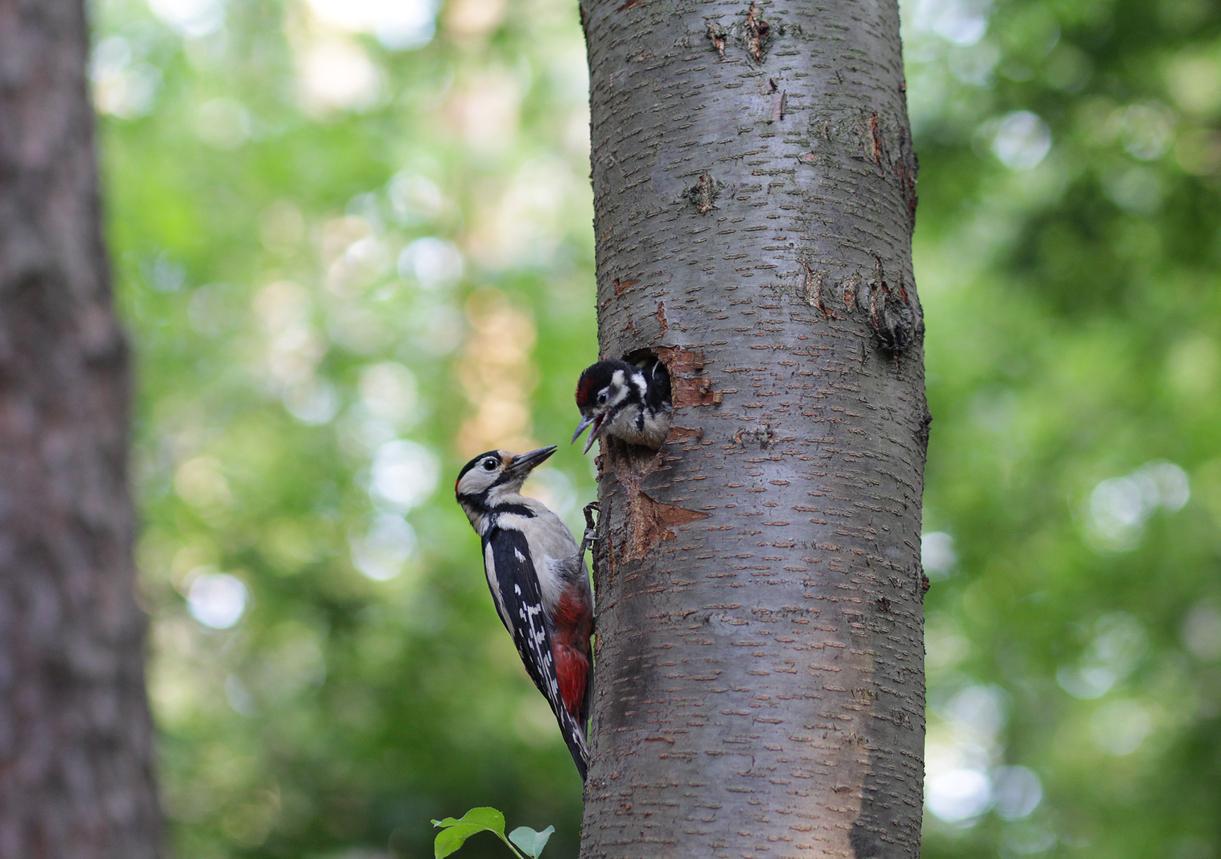 1 of 3
Why Do Woodpeckers Peck Wood?
Back to top