Utah is a big but not very populated state in the western United States. Most of its 3 million inhabitants live near the capital, Salt Lake City, but its variety in landscapes and fauna are stunning.

The geography of Utah is known for its diversity, as it is shaped by the Rocky Mountains, the arid Great Basin and the desert of the Colorado Plateau. There are forests and rivers, canyons and sandstone formations. Consequently, the wildlife and habitat of Utah are fascinating and diverse.

The native animals of Utah are just as varied, ranging from dangerous snakes to black bears; stay with us at AnimalWised and learn more about them!

You may also be interested in: Native Animals of the Serengeti: Wildlife and Habitat
Contents

Utah is usually divided into three basic geographical regions, which have different climates and ecosystems, and consequently different native animals as well.

The mule deer, or Odocoileus hemionus, inhabits the western side of the United States. There are different subspecies, of which the Rocky Mountain mule deer (Odocoileus hemoinus hemionus) is native to Utah. Although they are not threatened species, there are ongoing projects to restore and preserve their habitat in Utah, as their population is declining.

Mule deer live in groups or herds, although only the mother cares for the fawns, which are born in the spring. They are herbivorous animals, mostly browsing shrubs and trees to eat.

They are larger than white-tailed deer but smaller than red deer, reaching 106 cm (42 inches) tall, although females are smaller. They can be recognized by their black-tipped tail and bifurcated antlers in the case bucks, which they shed in late winter.

Just like gazelles and young sheep, mule deer are capable of stotting, that is, jumping in the air with the four legs at once.

The Gila monster (Heloderma suspectum) is a very interesting reptile that is native to Utah. Its name comes not only from its huge size, as it's the largest North American lizard at 55 cm (22 inches) long, but also because it's venomous.

These dangerous lizards produce their venom in glands in their lower jaws, and they expel it not by biting but by chewing. The venom itself is very toxic, like that of a coral snake, but they produce small quantities and usually use it only as a defense. A Gila monster bite is very painful, but usually not deadly.

Their diet is mostly carnivorous, and it's mostly based on eggs; the digestion of Gila monsters, like that of other reptiles, is notably slow.

They do not like open spaces and they don't move fast; the Gila monster is a dangerous animal because of its painful bite, but you're not likely to come across one. Gila monsters live in shrublands and deserts, usually burrowing under rocks. In Utah, they inhabit the deserts in the southwest. Their population is decreasing and they currently have "near threatened" status.

The American black bear (Ursus americanus) is also a native animal of Utah. It is a widespread species that inhabits most of the northern regions of North America and some areas of the West Coast. There are 16 subspecies of American black bear; the one in Utah is the cinnamon bear, which takes its name from its red-brown coat.

The black bear is the smallest species of bear in North America, as they are about 2 meters (6' 6'') tall. Besides their dark coloring, American black bears are recognizable by their narrow and pointed nose and their softer fur. Like other bears they are very strong, but they are also notable for their great skill and coordination in opening doors and jars.

American black bears are clever and good communicators, as well as great swimmers and climbers. They usually eat at dusk, mostly vegetables, some roots, herbs, fruits, but also insects, fish, young deer and even carrion; they are omnivorous and opportunistic feeders. When living close to humans, they might search rubbish or eat crops.

In Utah, black bears inhabit the Rocky Mountains. Although their strength must be respected, they don't usually attack humans.

The mountain lion, cougar or puma (Puma concolor) is the largest feline in America after the jaguar. Known for its stealth, solitary nature and nocturnal habits, mountain lions are among the most famous wild animals of the continent. Cougars are native to Utah, where they inhabit both mountain ranges and desert areas.

As it can adapt to very different habitats, from the north of Canada to the Andes, there are different subspecies. Mountain lions like to have places to hide, like trees, brush or rocky landscapes.

Cougars can be almost a meter (35 inches) tall and 2.4 meters (7.9 feet) long, although females are smaller. They are carnivore animals, eating deer, livestock or horses but also smaller animals like insects.

Mountain lions don't usually attack humans, but they are dangerous. If you ever come across a cougar, you must make yourself as big and loud as possible so that it doesn't perceive you as prey.

Rattlesnakes aren't a single species, but a group of 36 different venomous American snakes. They inhabit a wide range of habitats, with each species adapted to its own. As rattlesnakes mostly feed on small animals like mice or lizards that live in the crevices of rocks, they tend to prefer rocky areas as well. Rattlesnakes hibernate in burrows, so they're more dangerous in the spring and summer.

Here you can read more about the feeding habits of rattlesnakes.

If you come across a rattlesnake, you should never try to touch or move it, let alone provoke it to attack. Their bites are very dangerous, as their hemotoxic venom can cause heart failure. Treatment should be given within two hours, so it is urgent to react in time and not to use tourniquets.

Rattlesnakes do not attack often, but if you go for a hike in Utah you should pay attention to your surroundings and especially to their characteristic rattling sound.

Here you can read more about the 10 most venomous animals in the world.

The coyote (Canis latrans) is a very adaptable canine. It is widespread across North and Central America, including Utah. In fact, the government offers incentives to hunt them in a controlled manner, as population of coyotes threatens livestock.

Coyotes are smaller than gray wolves, and they're also recognizable by their light brown or grayish beige coat. The coyotes found in Utah are usually larger than those from southern areas.

Coyotes live in packs, usually their family, and they're monogamous animals. They are mostly carnivorous animals, hunting insects, rodents and amphibians but also larger prey like deer or bison, which they hunt in pairs or packs. Interestingly, they dare to hunt rattlesnakes as well. Coyotes also eat fruits and grass.

The kangaroo rat, like the rattlesnake, is not a species but a group - their scientific name is Dipodomys. Kangaroo rats prefer semi-arid or arid areas, where they burrow in the sand. They are native to Utah, where they inhabit some parts of the Great Basin region.

They are rodents, not marsupials; the "kangaroo" in their name refers to the way they hop. A kangaroo rat can leap 1.50 m (6 ft) forward and even 2.7 m (9 ft) up, and they can shift the direction of their movements very fast. They are about 25 to 35 cm (10 to 14 in) long, although the tail makes more than half that length.

Kangaroo rats live in colonies with very complex burrows, and they usually have their own individual nest within. They don't interact much with one another.

Here you can learn more about the kangaroo rat as a pet.

The desert bighorn sheep (Ovis canadensis nelsoni) is a kind of wild sheep native to Utah, as it inhabits the Colorado Plateau. It is spread across the southwestern United States and reaches Mexico. These sheep are big and strong; they have adapted to desert terrains with elastic hooves that allow them to climb, and they take heat and thirst very well.

As their name points out, desert bighorn sheep are known for their big horns, that females - ewes - also develop, although smaller. They use them to fight but also to crack cacti and eat them. They mostly feed on grass, and they live in herds.

Another type of bighorn sheep inhabits the Rocky Mountains.

The boreal toad is an endangered type of western toad (Bufo boreas) that inhabits high altitudes in the Rocky Mountains. Like all amphibians, it lives close to water sources and feeds on insects.

Unlike other western toads, the boreal has dark spots on its belly, a recognizable stripe on its back and doesn't croak. Sadly, the species is threatened due to the spread of a disease.

The greater sage-grouse (Centrocercus urophasianus) is the first bird and last animal in our list of native animals of Utah. It's the largest kind of grouse in North America, and it lives in the grassland regions of the northwestern United States.

This grouse has beautiful white and brown plumage, and males have yellow spots over their eyes. The mating ritual of greater sage-grouse is notably complicated, in which males gather and strut around until one of them emerges as the most attractive and thus the dominant.

Its habitat, which depends very much on sagebrush, is rapidly disappearing, which threatens their survival.

Of course, there are other very interesting native animals of Utah that we couldn't include such as the American bison, the American robin, the American beaver, the black-footed ferret, the barn owl, the black-chinned hummingbird, the horned lizard, the king snake, the mallard, the prairie dog, the red fox, the spadefoot toad, the three-toed woodpecker, the tiger salamander, and some species of yucca moth.

Do you know a native animal of Utah that we've missed? Please tell us in the comments section!

If you want to read similar articles to Native Animals of Utah: Wildlife and Habitat, we recommend you visit our Facts about the animal kingdom category.

Native Animals of Idaho
Native Animals of the Sierra Nevada
Venomous Snakes in Texas
Native Animals of the Thar Desert
Related categories
Endangered animals
Most read
1.
What Animal am I According to my Zodiac Sign?
2.
10 Most Beautiful Animals in the World
3.
What Does It Mean When a Cat Shows Up at My Door
4.
The 10 Most Solitary Animals in the World
5.
Why do Dogs Get Stuck when Mating?
6.
My Female Dog In Heat Won’t Accept A Male - Causes
7.
How Many Types of Lions Are There?
8.
Animals With Scales - Full List
Native Animals of the Himalayas
Native Australian Animals List And Pictures
What is the Habitat of the White-Tailed Deer?
What is the State Animal Of...
10 Native Monkeys of India - With Pictures
Habitat of the Wild Water Buffalo
Where Do Lemurs Live? Habitat and Distribution
The Most Dangerous Animals in Australia

4 comments
Rating:
julianna
01/05/2020
relly awsome!
Rating:
Hector Ruiz Jr
14/04/2020
very interesting how animals live, what they eat, how dangerous some could be and some not

We are glad you found this article useful!
andrew baker
26/01/2018
great pictures

Administrador AnimalWised
29/01/2018
Thanks Andrew, glad you enjoyed them!
Marian Black
30/09/2017
Will the Native Species Protection Act the Utah Senators Introduced
Sep 26 2017 be a help or hindrance to these creatures? What about the Wild Horses protected under the previous Act? 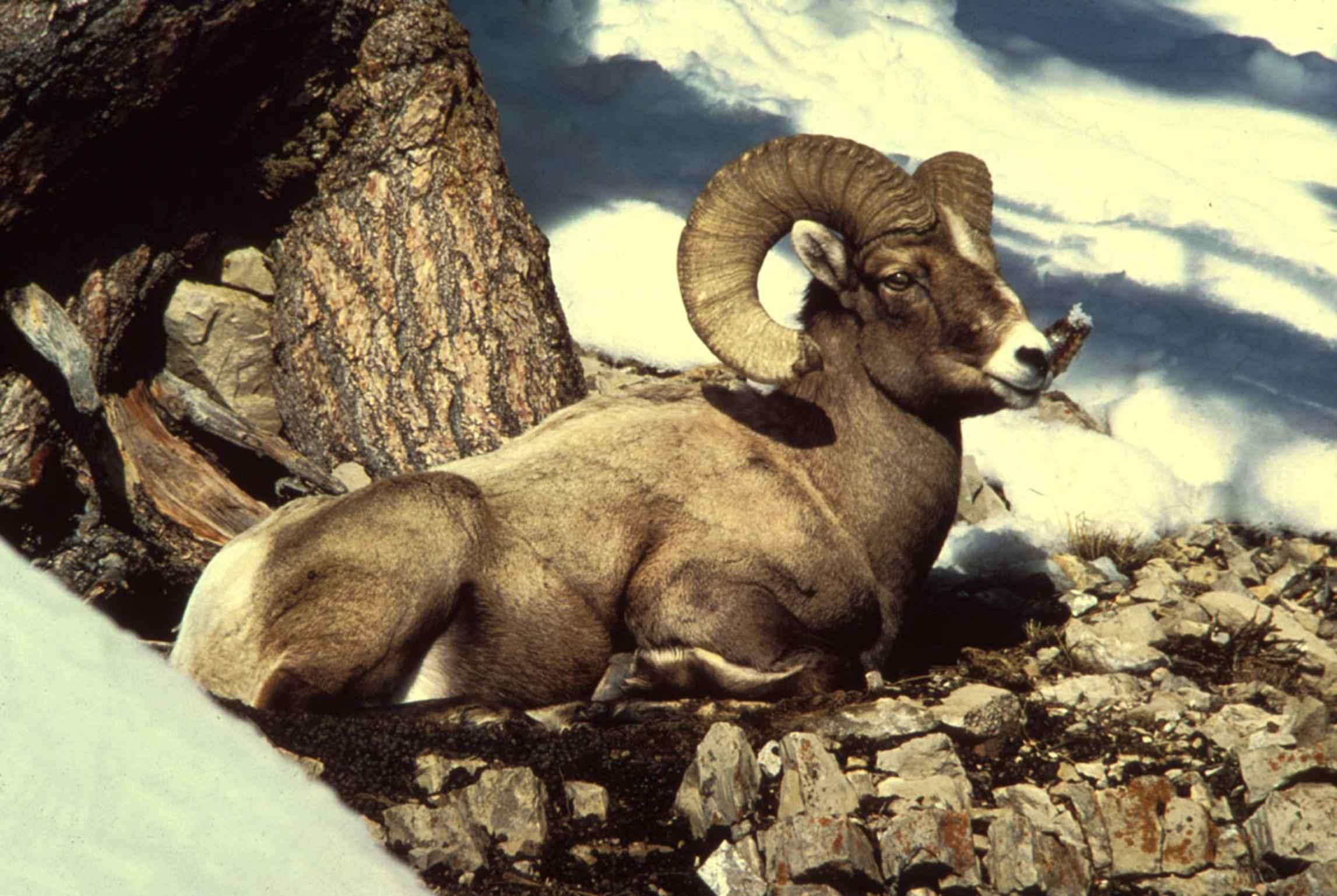 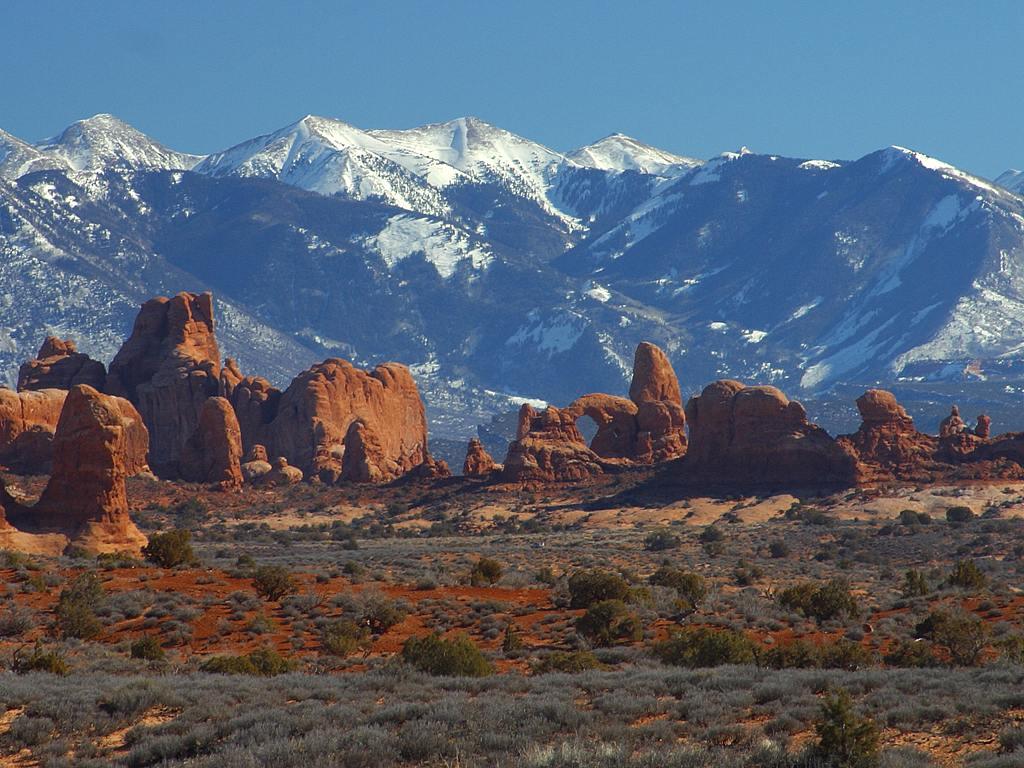 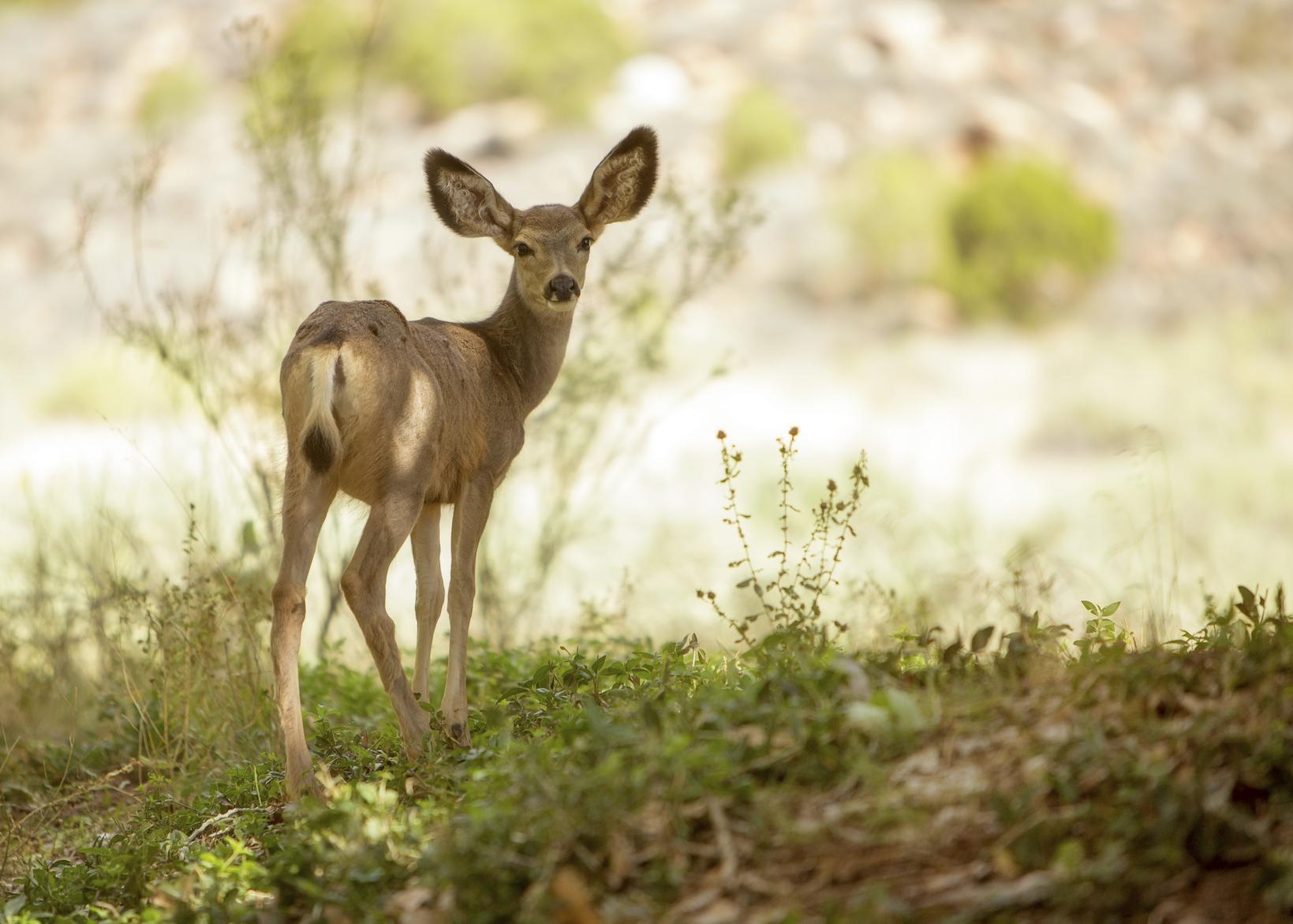 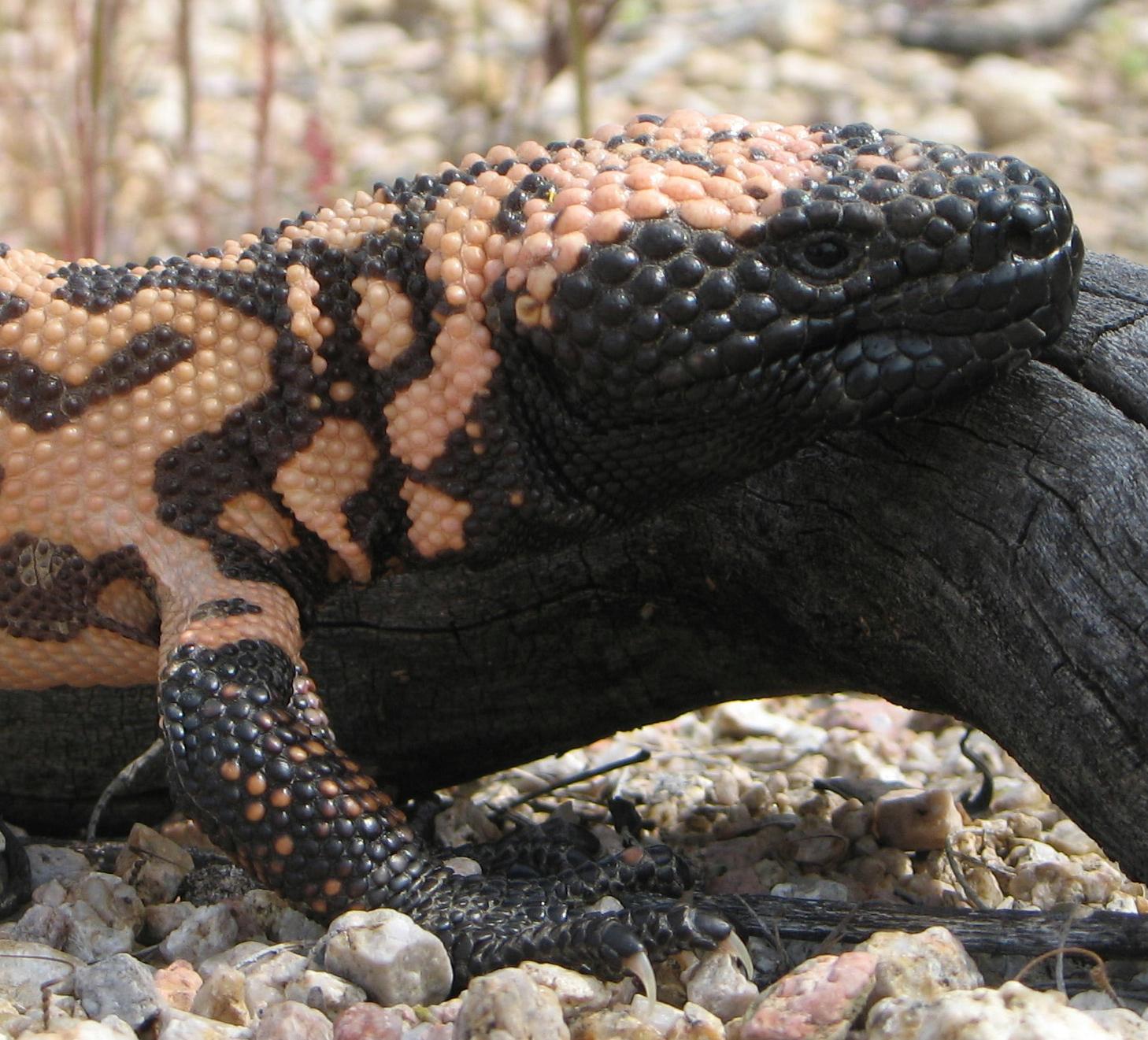 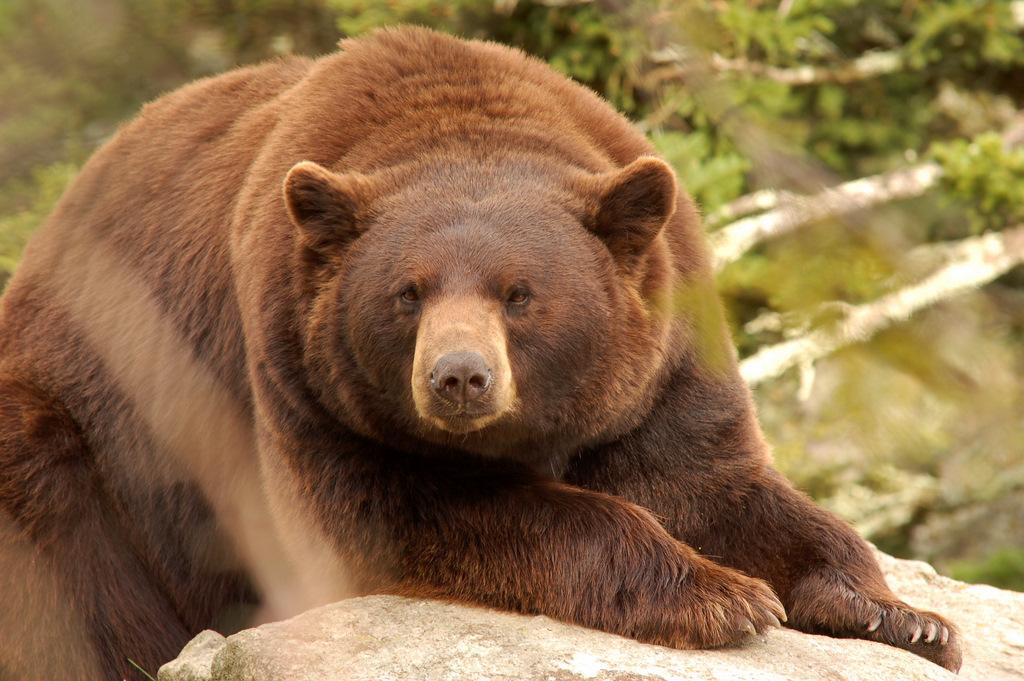 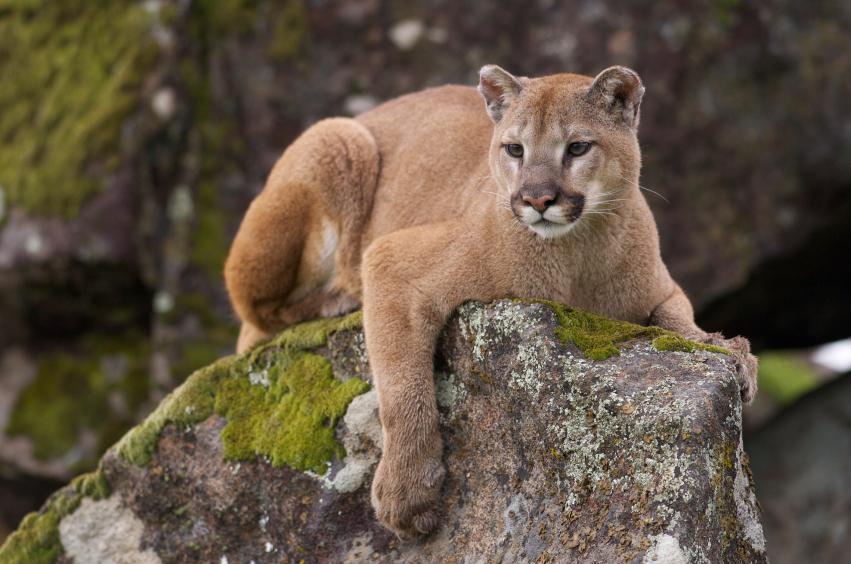 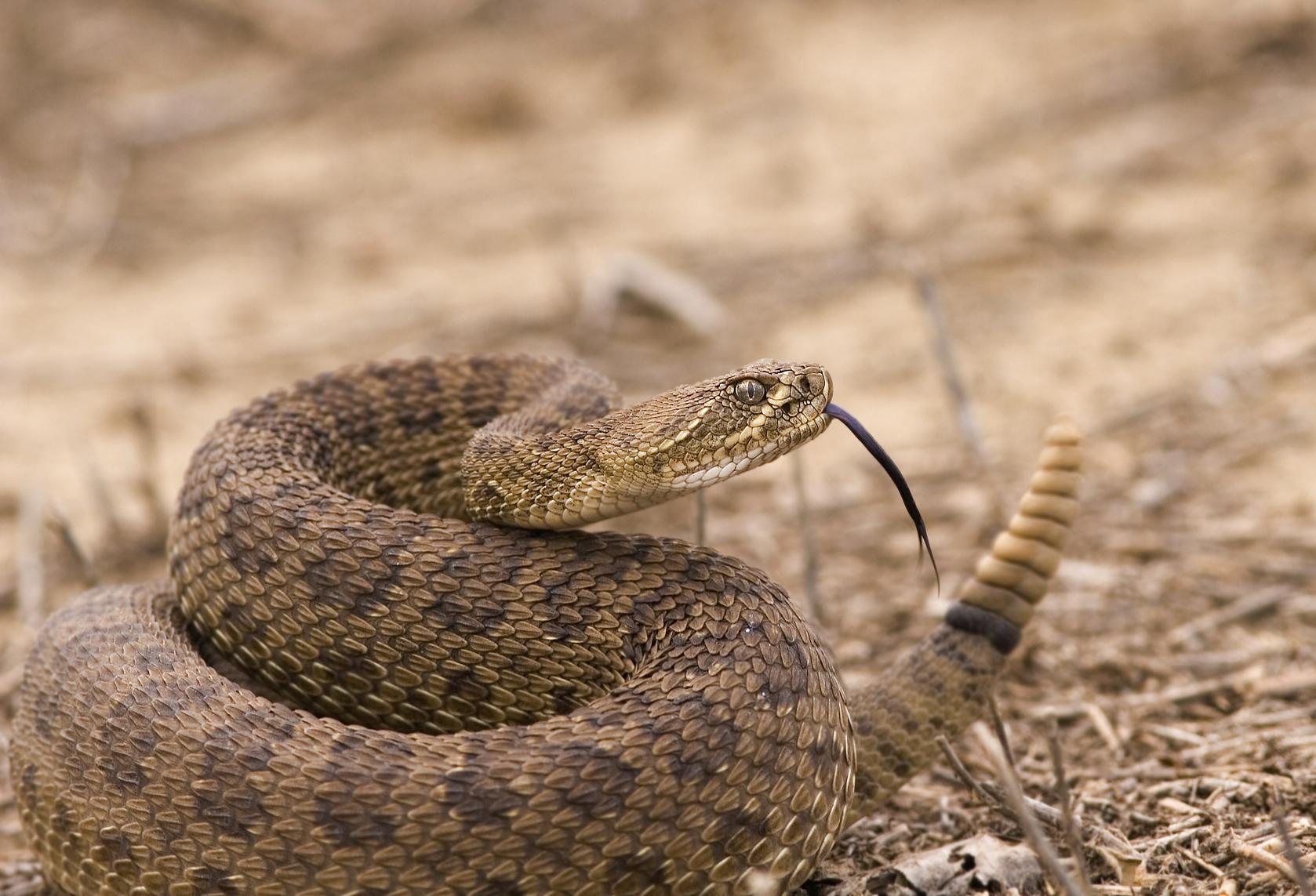 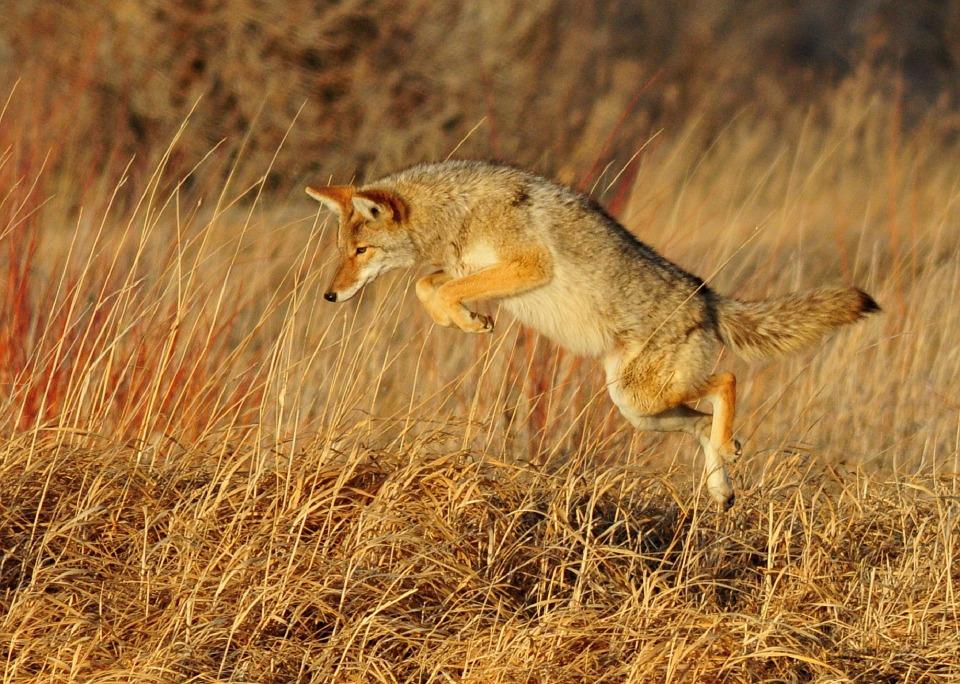 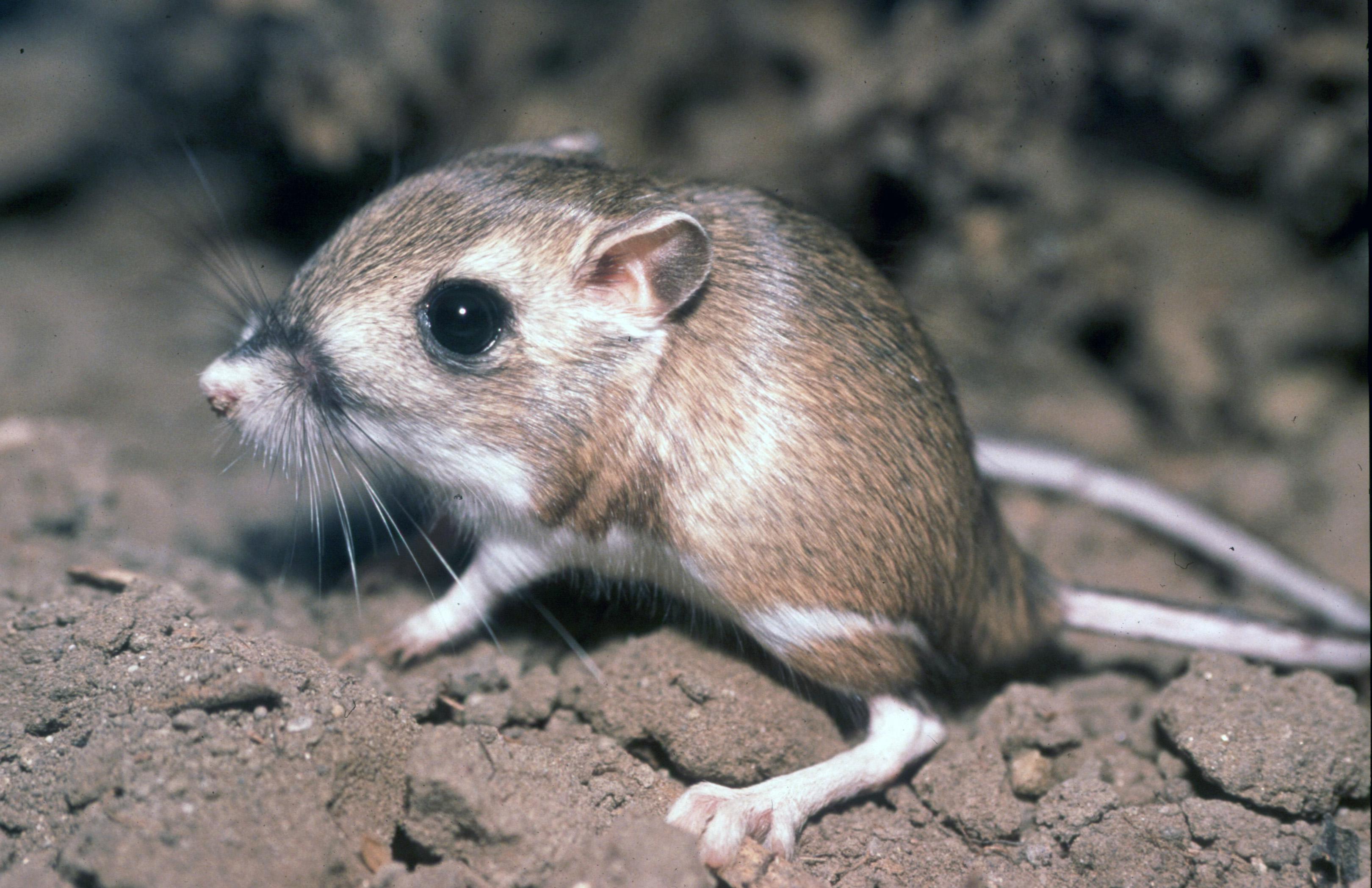 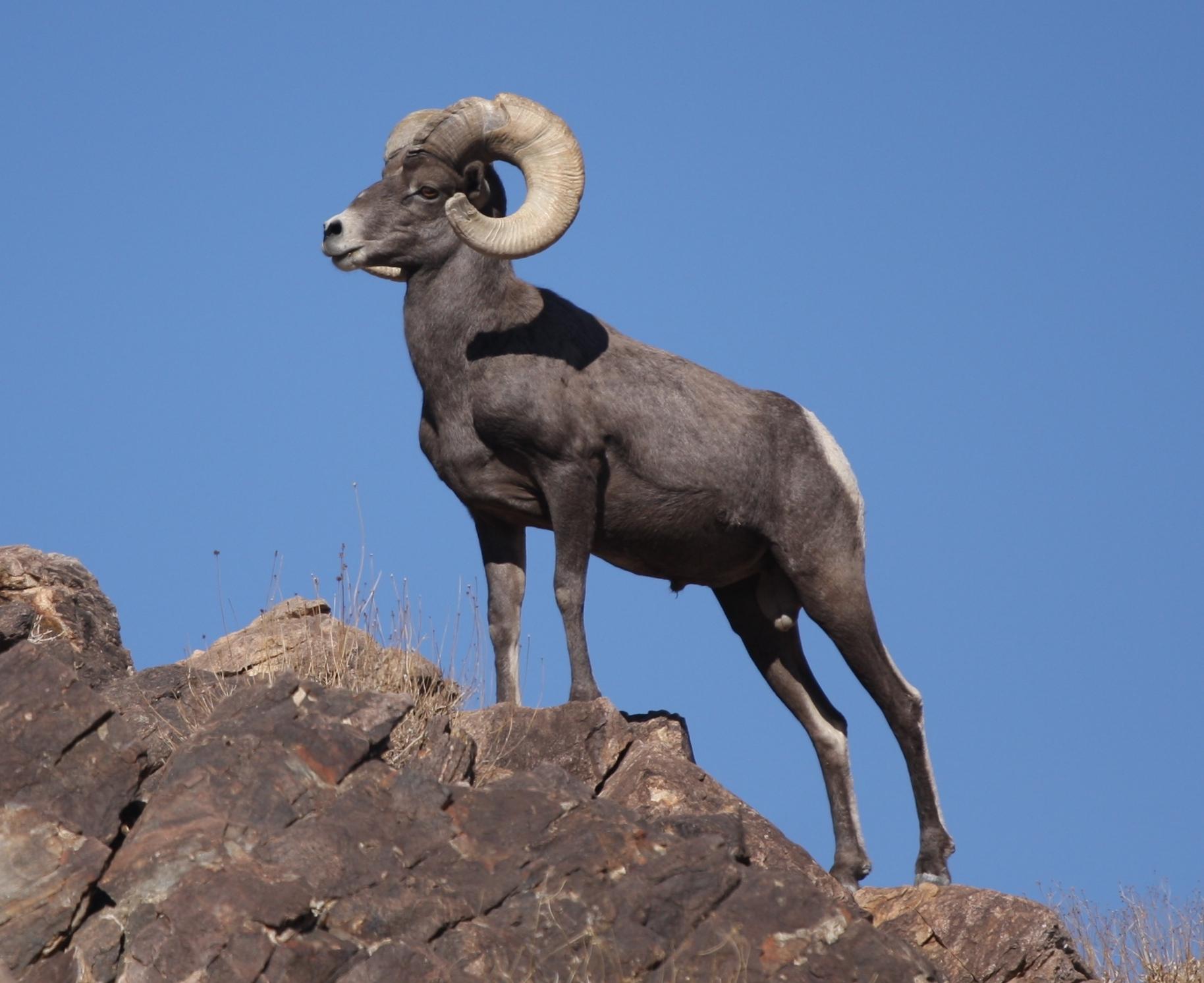 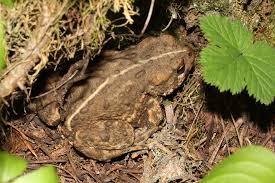 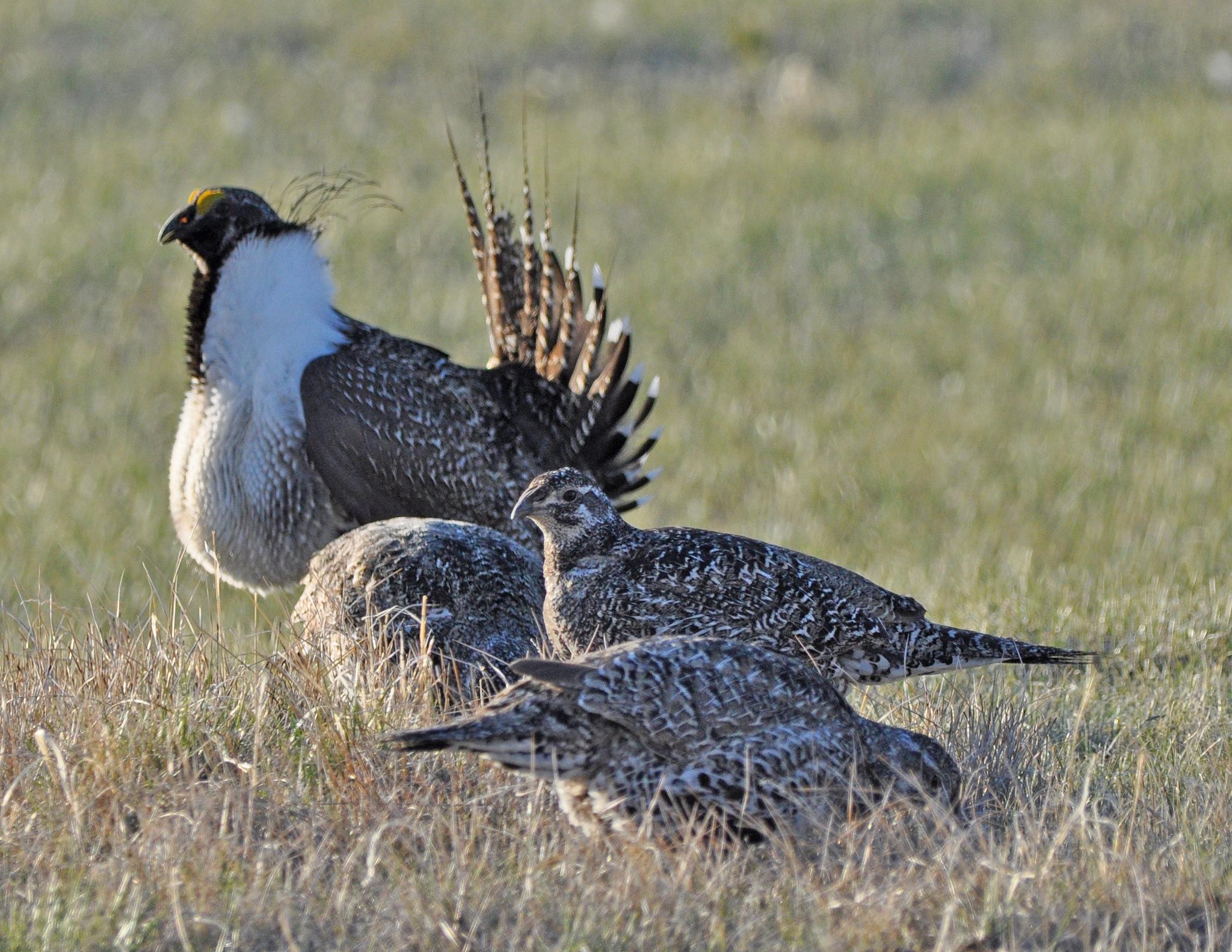 Image: https://www.flickr.com/photos/usfws_pacificsw/8694401662
1 of 12
Native Animals of Utah: Wildlife and Habitat
Back to top