Why Is My Cat Staring at Nothing?

By Eduarda Piamore, Expert in canine and feline psychology, education and training.. December 13, 2022

It is common for cat guardians to see their feline staring at the corner of a room, seemingly at nothing. We may try to look at their field of vision only to see nothing of note. There are even times when our cat is seemingly staring at us for a prolonged period, but their line of sight remains steadfast even when we move from it. Although this behavior can be strange to observe, it is very common in felines. We can explain this behavior by better understanding the instincts of a cat, as well as their physiology.

At AnimalWised, we ask why is my cat staring at nothing? Although most of the reasons for a cat staring are benign, it is important to look at this behavior in context. Some reasons for prolonged staring in cats can reveal an issue with their health.

You may also be interested in: Why is My Cat Staring at Me?
Contents

Looking into a cat's eyes reveals how beautiful and profound they are. Humans have an evolutionary affinity for cat eyes, something which has likely influenced their process of domestication. When we see the large eyes of a cat, it is reminiscent of the proportionally large eyes of an infant, often striking an instinct to care for them. Their colors and the delicate patterns of their irises are also aesthetically pleasing.

Although cat eyes provide such fascination, there are many myths and misconceptions about a cat's vision. For us to better understand why they seemingly stare at nothing, it is helpful to investigate the nature of a cat's vision:

Cats have a greater field of vision than humans

Having such a wide field of vision benefits cats in the wild. It both allows them to be a good predator and prevents them from becoming prey. It also helps to alert them to any other dangers which may be in their environment.

Cats see better in the dark than in bright spaces

Although a cat's field of vision is relatively wide, it doesn't mean they have greater acuity than humans. On the contrary, cats tend to be quite nearsighted. Humans are much better at seeing objects at a distance, but a feline's visual acuity is much better when objects are closer to them. This helps them to hunt at close range, but they may not be good at seeing far-off threats.

Despite humans being better able to see at distance, cats are noted for their particularly good night vision. This is partly thanks to their eye structure and a membrane known as the tapetum lucidum. This membrane helps to reflect light that enters the eye back to the retina, It means they make the most of what little light may be available. We can see the light reflection of the tapetum lucidum in photos due to camera flashes or when the cat's eyes appear to glow in the dark.

Cats inherited this characteristic from their feline ancestors and can see up to 8 times better than humans in dim light[2]. The rod and cone cells of a cat's eye mean that when there is more abundant light during the day, more information is sent to the brain and their vision is slightly blurrier.

Human eyes have 3 types of color receptor cell, known as cone cells. These cone cells are present as blue, red and green. This explains why we are able to distinguish a large number of colors and shades.

Cats and dogs do not have the red cone cell. They are unable to perceive shades of pink and red. They also have difficulty recognizing the intensity and saturation of colors. This does not mean cats only see in black and white, since they distinguish shades of blue, green and yellow[3].

Now we know more about their vision, it can help us to know why my a cat is staring at nothing.

A cat's ability to seemingly stare at nothing for a long time has led to many myths around their abilities. Some people have even made the bold claim they can see ghosts. Nothing in animal biology would suggest there is any veracity to this claim, so we need to look more closely at feline behavior.

It can be very difficult for humans to sit and do nothing. We need continuous stimuli and will take quiet times to read, watch television or engage in similar activities. In contrast, cats are much better at sitting still and existing in their environment.

This does not mean cats have no need for cognitive stimulation or environmental enrichment. However, their wild counterparts will spend long periods of time in trees or similar vantage points witnessing their environment. It is an important tool for survival. Although they may appear to be looking at nothing in particular, their large field of vision and keen senses mean they are still in a state of alertness.

They see something we don't

As explained above, a cat's sense of vision is different to our own. This does not mean they cannot see certain things in the environment. They may see something further away from us and are trying to see what it is.

The reason for such a close study on their environment is related to a cat's survival. In the wild there are predators and other dangers which can present. If a cat is not attuned closely to their environment, they will feel insecure. While there are different things we can do to ensure our cat feels secure in the domestic environment, it is rare for them to let their guard down completely.

Although we may be unable to see it, the cat may be looking at something they want to surveil. If this is during the daytime, it is also possible an object they see is not clear to them. Although it appears to us they are staring at nothing in particular, they may be trying to focus on something which seems insignificant to us. Similarly, we may see a cat staring at a wall or something else up close, their perspective may be showing them something we cannot see.

Although cats can be perfectly fine sitting for prolonged periods without doing anything in particular, this does not mean they don't need to be stimulated. Especially those without outdoor access, cats need to be engaged physically and cognitively. How much will depend on the individual needs of the cat, but some can be more easily bored than others.

Cats respond to boredom in various ways. Some can develop behavioral problems such as becoming very energetic or even aggressive. Others may respond by shutting down. A cat which is understimulted and bored might simply stay in one place looking at nothing in particular because they are depressed. For this reason, it is very important we provide enough environmental enrichment for cats, as well as engaging with them positively and regularly.

They are blissed out

Although a cat may stare at nothing because they are depressed, bored or neutral, it may also be because they are happy. What makes them happy can influence how they behave. For example, it is common to give catnip to cats to help them relax or have some fun. Different cats react differently to catnip, but it is common for them to roll around for a while and then stay in a blissed state. This state may involve them staring at nothing for a while.

Cats can also feel blissed out for other reasons. They may have been busy running around, playing with their friends or doing whatever feline activity they enjoy that day. Afterwards, they feel content and will simply want tp stay in one place and feel calm. A similar situation may occur if we have been playing with them or showing them some affection.

This is a difficult-to-prove reason why cats stare at nothing. The problem is that we are limited in our standing of the quality of a cat's memory. We do know that cats do not have the same memory as humans. This is partly because they simply do not have the same amount of neurons.

We know cats have memory because they are able to remember what the sound of a rustling food packet means or that they should urinate in their litter box. The extent of this memory is in question. Their short-term memory allows them to remember events which happened earlier in a day, but it is difficult to know how this translates to long-term memory.

Since we know cats will remember certain events, studies suggest cats prioritize ‘important’ memories. These are the memories which provide information about their survival. While this involves positive experiences such as where they can find food, it also accounts for negative memories such as those considered traumatic.

When a cat is seemingly staring at nothing, it is likely they may also be daydreaming. Whether they are remembering something from earlier in the day or they are reliving a longer memory, it is impossible to tell.

When our cat keeps staring at nothing and they have other symptoms which suggest a pathological origin, it is important we take them to a veterinarian. They will be able to examine them for health issues and provide the right treatment administration. 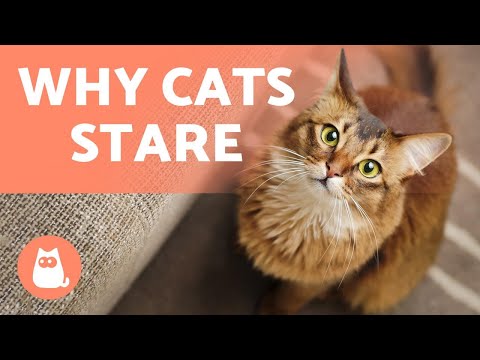 If you want to read similar articles to Why Is My Cat Staring at Nothing?, we recommend you visit our Facts about the animal kingdom category.

Why Does My Dog Stare At Me? - All Possible Reasons
Why Does My Dog Look at Me While They Poop?
Why Do Dogs Sleep at Your Feet?
My Cat is Hissing at Me All of a Sudden
Related categories
Endangered animals
Most read
1.
What Animal am I According to my Zodiac Sign?
2.
10 Most Beautiful Animals in the World
3.
What Does It Mean When a Cat Shows Up at My Door
4.
The 10 Most Solitary Animals in the World
5.
Top 10 Smells Dogs Hate
6.
How Many Types of Lions Are There?
7.
Why do Dogs Get Stuck when Mating?
8.
My Female Dog In Heat Won’t Accept A Male - Causes
My Dog Howls at Sirens - Why and What to Do
Why Do Cats Disappear for Days at a Time?
Why Is My Dog Shaking While Sleeping?
Why is My Dog's Nose Dry?
Why is My White Cat Deaf?
Is It Bad to Keep my Cat at Home?
Why does my Cat Sleep on my Head?
Why Doesn't My Dog Bark at All?

Why Is My Cat Staring at Nothing? 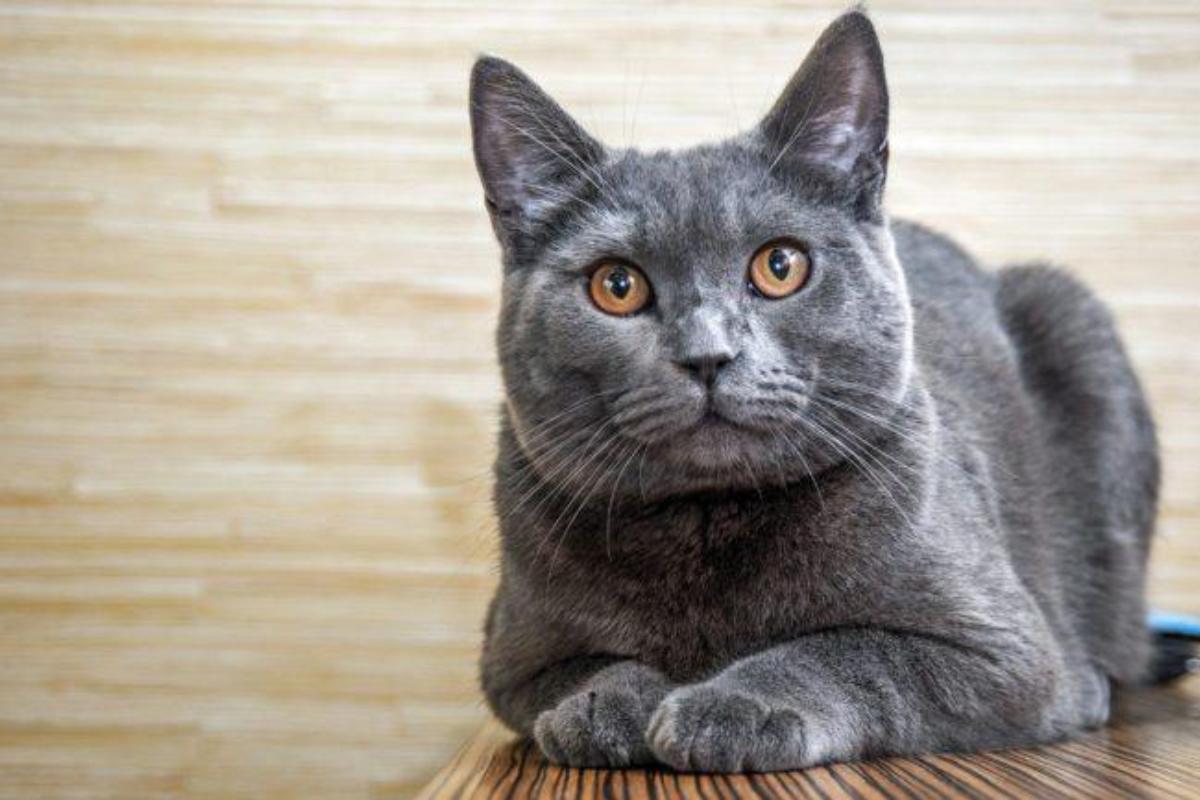 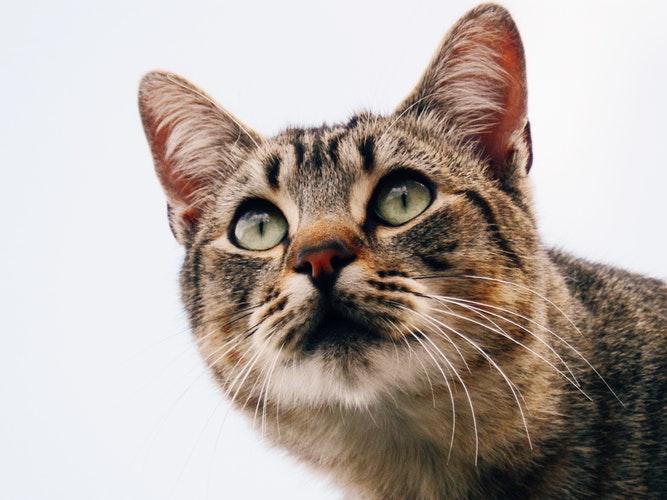 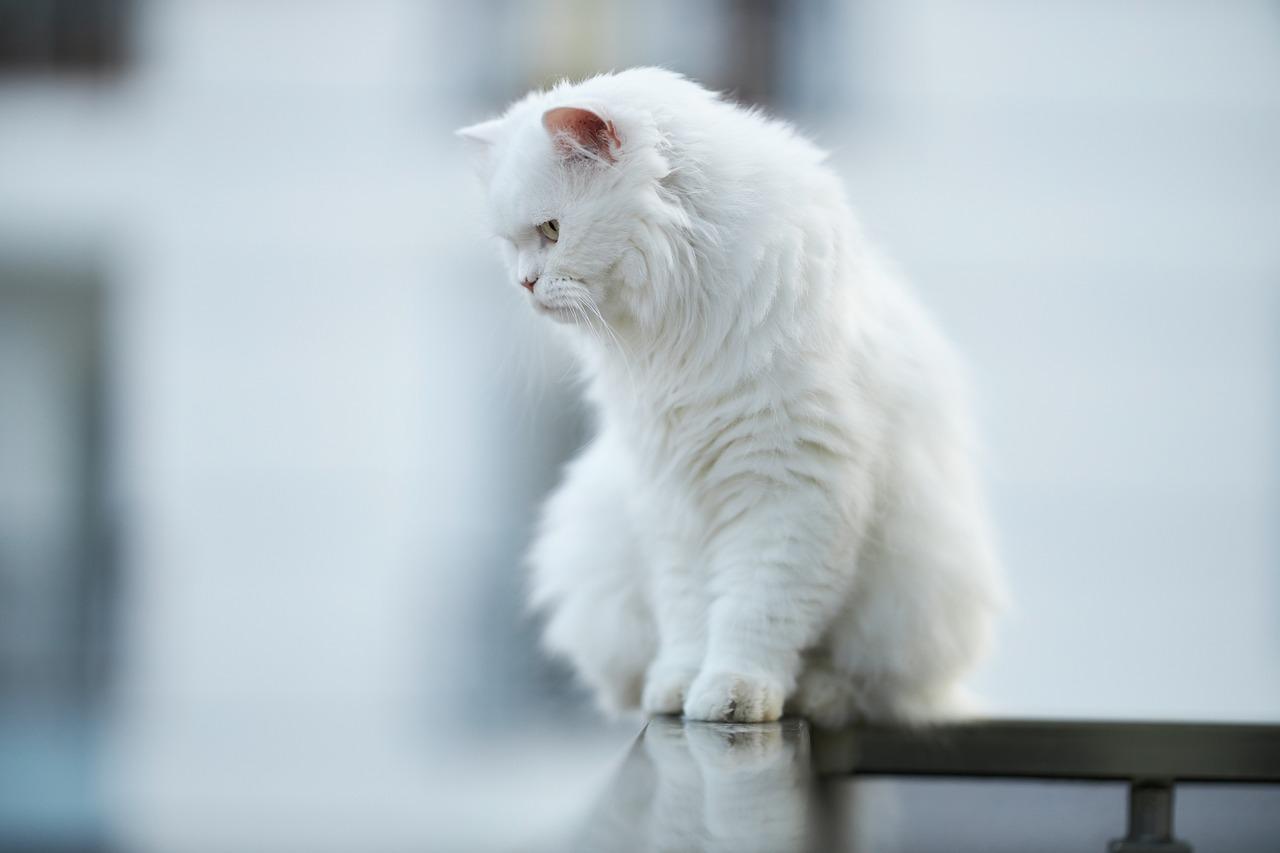 1 of 3
Why Is My Cat Staring at Nothing?
Back to top