Dolphins are among the most popular, charismatic and intelligent creatures of the animal kingdom. With their expression that makes them look like they are always smiling, dolphins are a symbol of joy and freedom. Dolphins inspire pure and positive things - who doesn't remember Flipper?

Dolphins are a very wide group of species. In fact, there are 40 species of dolphins navigating the earth's oceans and rivers. Some people think of them as sea dogs, because they are very friendly and interact well with humans. However, that is just the tip of the iceberg: our favorite marine animals are very interesting and complex creatures.

There are so many things you might not know about them! This AnimalWised article will reveal 10 fun facts about dolphins that will surprise you.

The mysterious world of dolphins

Starting the list of 10 fun facts about dolphins is a really amazing fact that you might not know: Dolphins are very close relatives of whales, including orcas.

In fact, all these animals are cetaceans, a clade of carnivorous marine mammals that includes porpoises and baleen whales.

Dolphins are very social with their own species and love to hunt, play and swim together. Large groups of dolphins may include some 1000 individuals. Imagine being on a boat and witnessing that many dolphins at the same time. Quite a show!

Although the above figure may be high and lead us to think that there is a large number of dolphins, the fact is that some dolphin species are in serious danger of extinction, including the Amazon or pink river dolphin. Take a look at our article on the different types of river dolphins around the world to discover them.

The bottlenose dolphin, a true master

The two bottlenose dolphin species (Tursiops) are true jacks of all trades. In order to hunt and dig into the seabed and among the rocks they don't use their mouth or nose. Instead, to avoid injury, they use the materials they encounter while swimming.

Another noteworthy fact about dolphins is that they are said to be even more intelligent and evolved than monkeys. Their brain is remarkably similar to the brain of a human being.

Depending on the species, the gestation of a dolphin can last up to 17 months. Dolphin mothers are often very affectionate, expressive and protective, and they don't separate themselves from their young.

With regard to the senses, dolphins can see almost perfectly both in and out of the water. Their touch is very sensitive, and although they have no sense of smell, their ears completely makes up for this. These seafarers can hear frequencies 10 times above the human limit.

The origin of dolphins

Dolphins have come a long way to get where they are today. They are descendants of terrestrial mammals who returned to the waters about 50 million years ago. The interesting thing is that the other animals that descended from the same land mammals evolved differently, resulting in even-toed ungulates such as hippos, giraffes and pigs. All animals end up being relatives.

Dolphins are aware of death

Dolphins feel and suffer in a way very similar to human beings. They feel pain and may suffer from stress. It has been discovered that dolphins are aware of their own mortality; in extremely stressful circumstances, some dolphins have chosen to let themselves die by stopping their breathing voluntarily, which is something cetaceans can do.

This is one of the most shocking facts about dolphins; together with humans, they are the only animals known to commit suicide. Of course, their awareness of the future and the complexity of their emotions are still being researched.

In order to communicate, dolphins use a sensitive and highly developed method called "echolocation". This method works for navigating long distances for a long time, sending signals to find prey and avoid obstacles and predators.

How does it work? With echolocation, the dolphin emits a range of sound waves in bursts that help other dolphins to analyse the environment as the sound echoes. The sound is picked up by the teeth of the lower jaw that absorb sound vibrations.

Dolphins feel the suffering of their own

To end the list of 10 fun facts about dolphins, we know that they are not only very intelligent animals but also very sensitive to the suffering of another dolphin. If a dolphin is dying, others will come to come to its aid and support it, and between them they will take it to a point above the water level where it can breathe through the hole on the top of its body, known as a "blowhole".

If you want to read similar articles to 10 Fun Facts About Dolphins, we recommend you visit our Facts about the animal kingdom category. 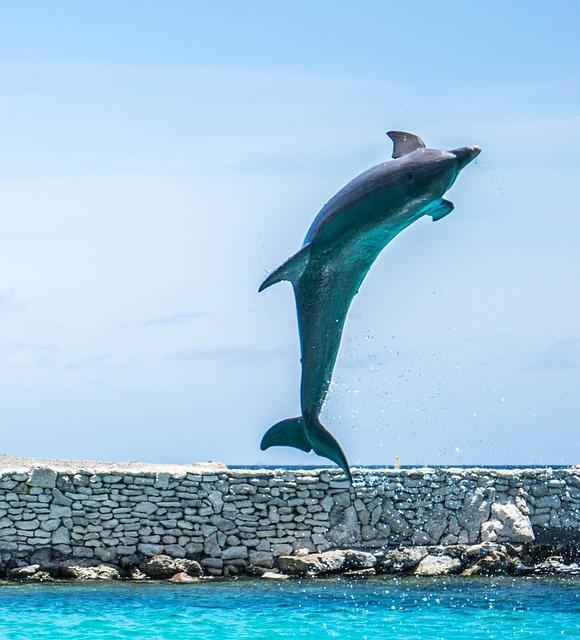 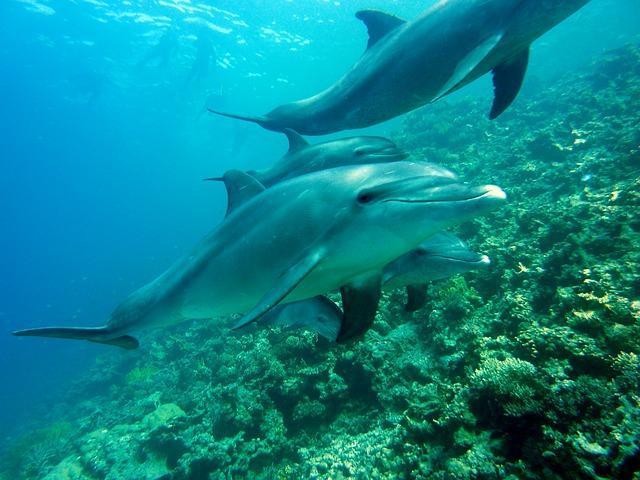 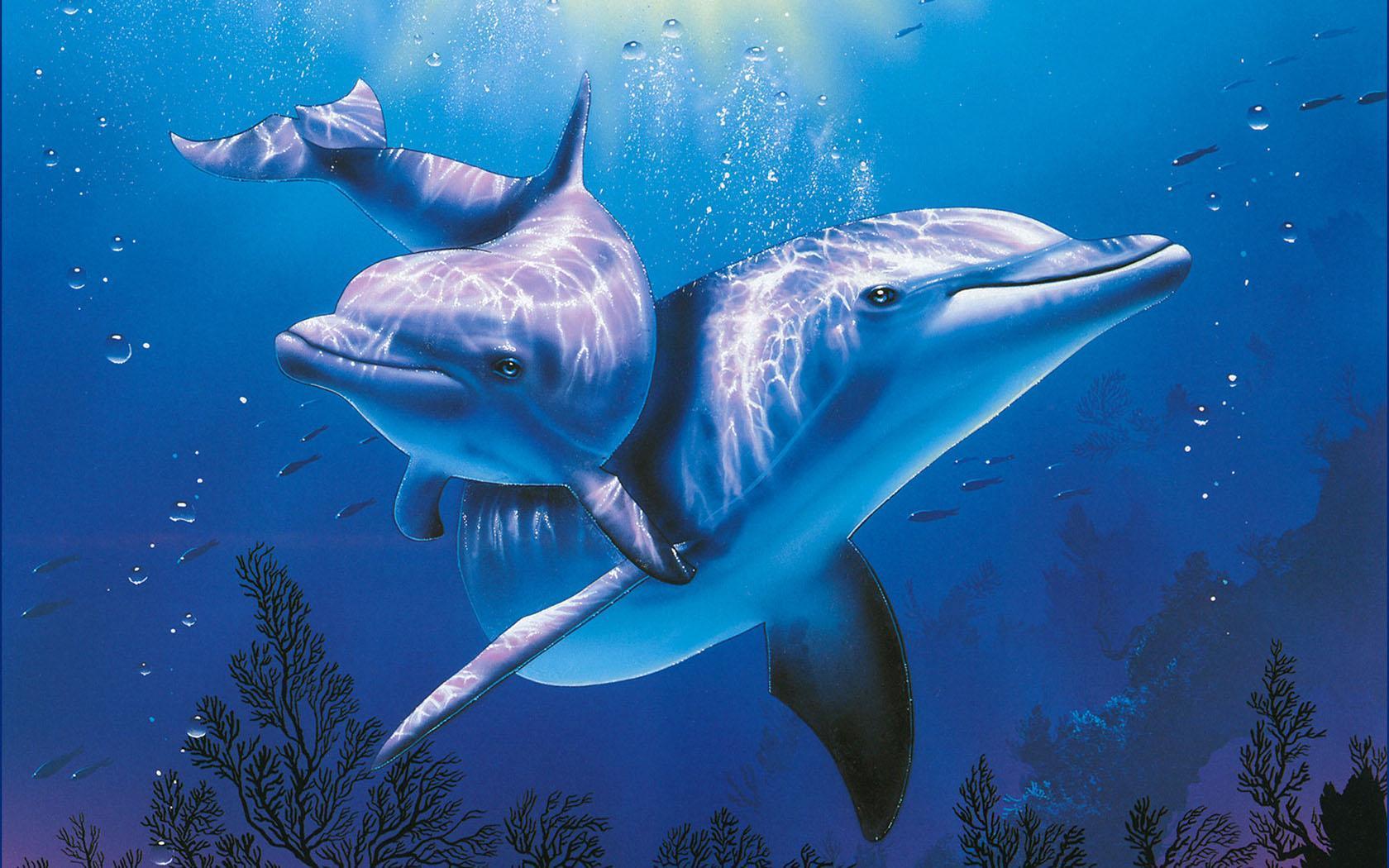 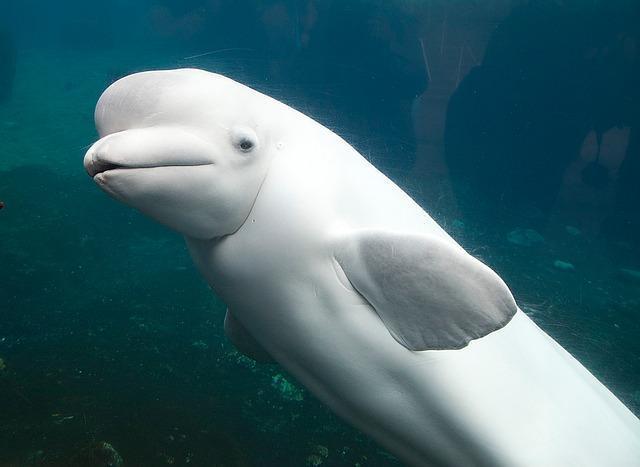 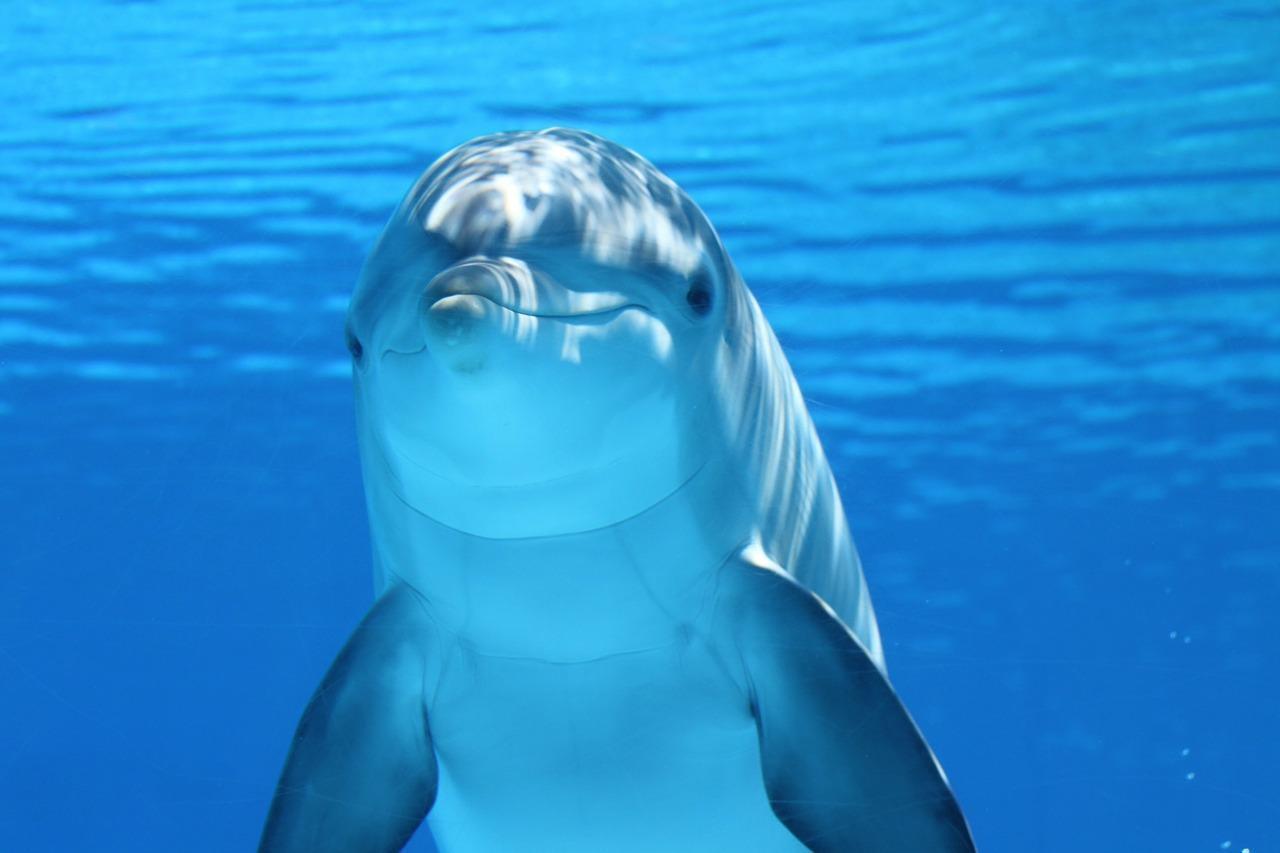