All Types of Cougars

By Nick A. Romero, Biologist and environmental educator. November 17, 2021

The cougar is a large felid native to the American continent. Their habitats range over large areas from north to south of the region, making it a mammal with one of the widest distributions of the entire Northern Hemisphere. Such large distribution means it has been given various names by various communities. In fact, it is the Guinness world record holder for the animal with the greatest amount of names. In Europe it is more commonly known as a puma, while it is invariably also known as a mountain lion, panther, painter and more in other regions.

With such a diversity of names, it can be confusing to know how many types of cougars there are in the world. AnimalWised helps allay any confusion by brining you all the types of cougars which exist. We look at the different species and subspecies by understanding their habitat, behaviors and characteristics, as well as share photos so you can know what they look like.

As the so-called ‘cat with many names’ is referred to by so many different monikers, it can be difficult to keep track of how many types of cougars there are. In addition to the names mentioned in the introduction, they are also known as the ghost cat, shadow cat, catamount and deer tiger. While a great variety of subspecies of the cougar have been proposed over the years, the following six subspecies have been established:

Despite this division into six subspecies, a more recent study was carried out by the group of feline specialists as part of the International Union for Conservation of Nature (IUCN)[1]. Based on a genetic investigation of the subspecies already mentioned, they are only considered to be two official subspecies. These are:

Since the cougar inhabits some areas of North America, including California, you can see how it ranks among the 10 most dangerous animals of California.

Cougars are big cats. In fact, it is the second largest feline in America, ranking only behind the jaguar. Next, we are going to know the most distinctive characteristics of the cougar:

Cougars are primarily solitary animals, except during the breeding season. The species is considered a species of least concern, due to its wide distribution. Even so, it has been eradicated in some areas in which they previously thrived. Some particular regions of the continent have cougar populations which are more under threat than others. Conservation is still important to protect from human hunting.

All types of cougars

This subspecies had a wide distribution from Canada to central and southern North America. However, it was brutally hunted, leaving isolated subpopulations, not all of which have been able to recover. The current distribution includes western Canada and the United States, an isolated group in Florida, Mexico and countries in Central America. The IUCN refers to the Florida panther, the population of Norther American cougars found in the state of Florida, as in danger of extinction.

They are carnivorous animals, so their diet is made up of large herbivorous animals such as elk and deer, but also includes rodents, primates, wild boars, armadillos, birds, fish, amphibians and others. It is capable of hunting an animal of up to 500 kg (0.5 t), which it usually hides later to consume it over a period of several days.

This subspecies is darker and more uniform in color. They develop in various types of habitats such as forests, wetland areas, scrubs and wooded areas.

The subspecies P. c. puma, P. c. cabrerae and P. c. capricornensis are now included in this same subspecies. It is distributed from the north of South America, in Colombia and Venezuela, to Argentina and Chile. The IUCN warns that the abundance of this cougar in the Amazon rainforest basin is unknown. In the case of Brazil, Peru, Argentina and Colombia it is almost threatened. In the other regions it is considered vulnerable.

They also maintain a carnivorous diet, being an active hunter that chases prey such as deer, fish, birds, reptiles, sloths, rodents, Andean bear cubs and others. Individuals living towards the Equator tend to be smaller than those from the north or south of the continent. However, some reports[2] indicate they are of average weight. An example of this is the case of the cougar in Argentina (also known as the Andean puma). Due to the wide range of distribution, it is considered a generalist species in terms of habitat.

If you want to read similar articles to All Types of Cougars, we recommend you visit our Facts about the animal kingdom category.

All Types of Cougars 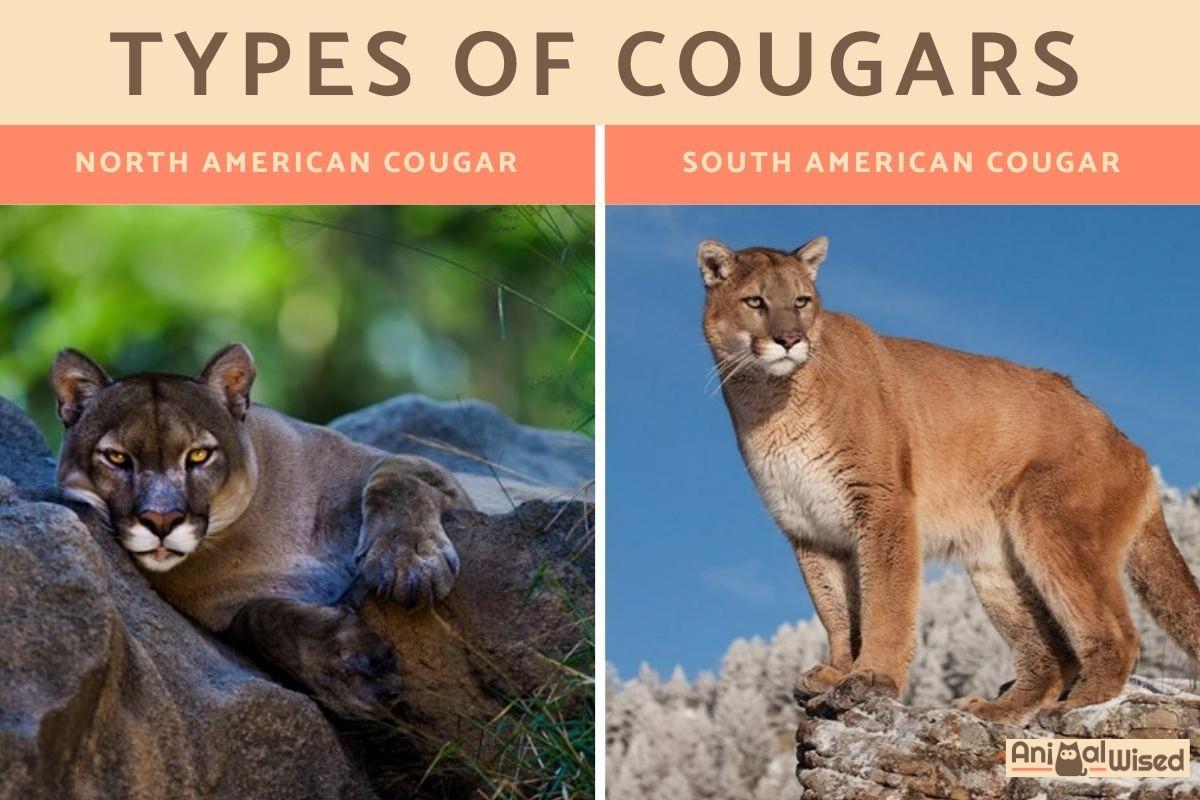 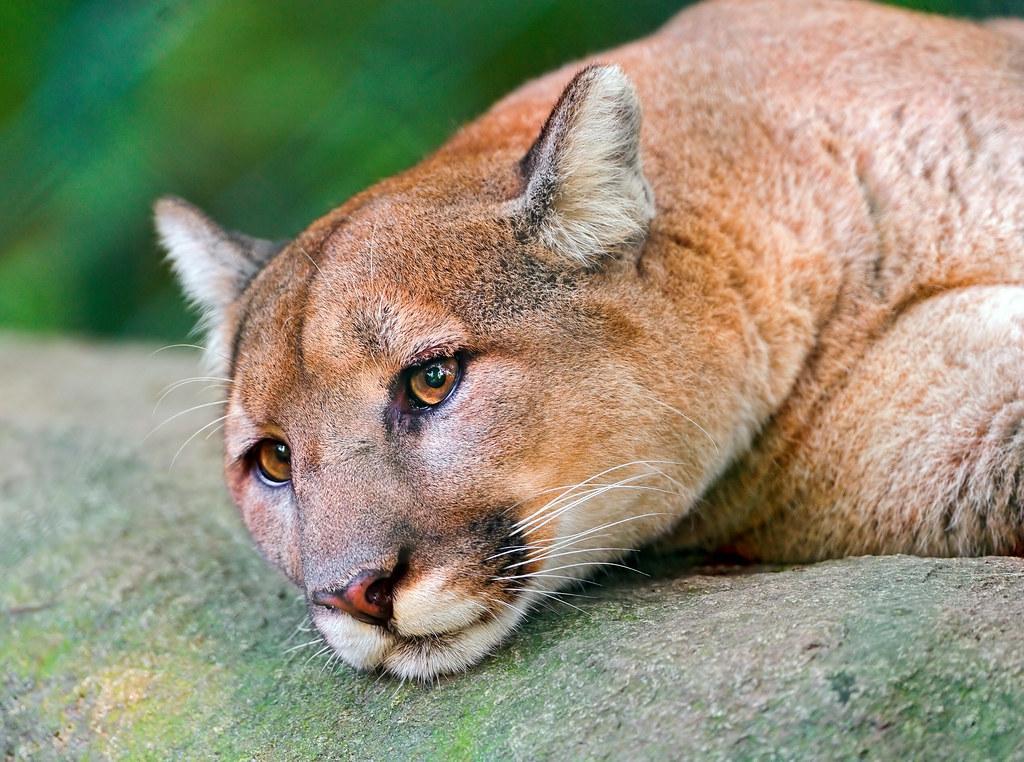 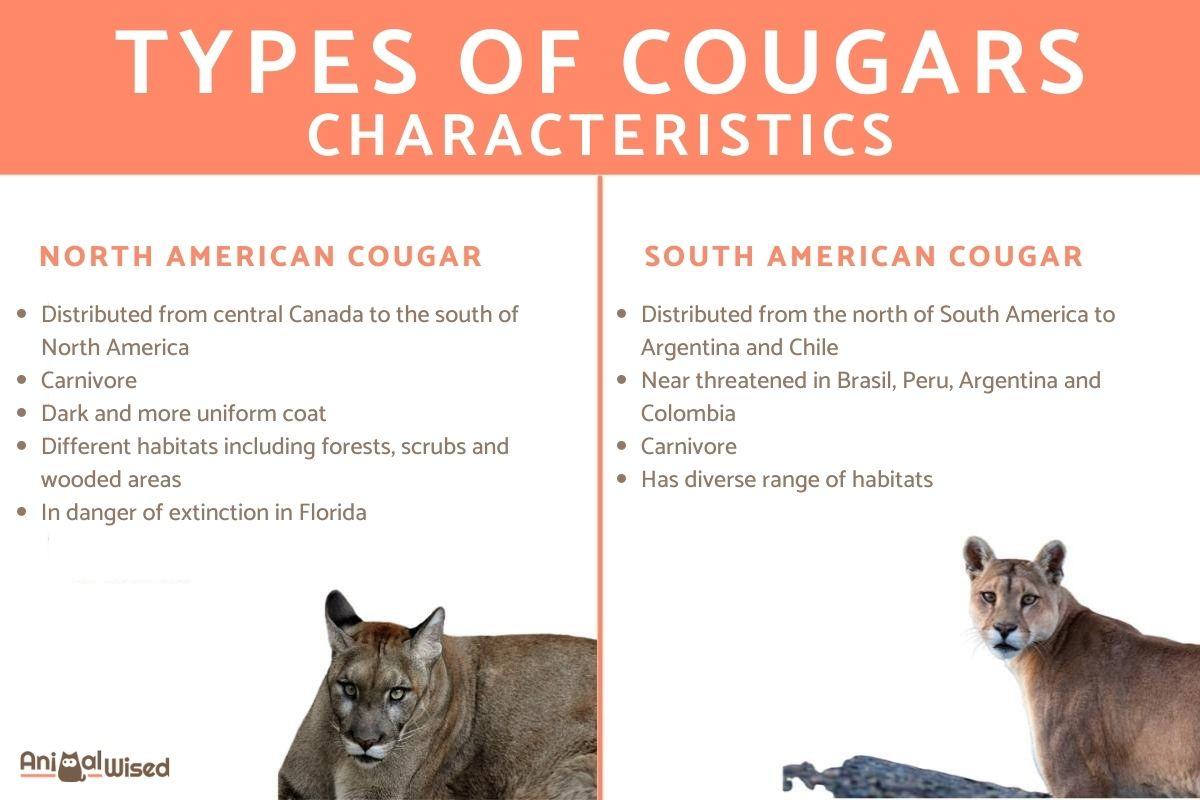 1 of 3
All Types of Cougars
Back to top