The 10 Most Dangerous Animals in California

In general, animals are safe: however, under rare circumstances, facing a threat, hunger or extreme provocation, or if their young are in danger of being harmed, all animals can turn dangerous. Taking precautions and relying on common sense ensures that intrusions are avoided and animals remain safe in their habitat, while you remain safe in yours.

Most wild animals are afraid of humans and swim away or run to avoid human contact. But these animals will attack if actively threatened, and can be as dangerous to humans as the other way round.

The United States is a megadiverse country as far as fauna is concerned, and the state of California is a good example. In order to help you learn and prevent risks, in this AnimalWised article we'll go over the 10 most dangerous animals in California.

You may also be interested in: The 10 Most Dangerous Animals in Canada
Contents

American black bears (Ursus americanus) are now the only surviving bear species in California. The large-sized California grizzly bear, also called the "Golden State grizzly", was hunted to extinction as far back as 1922. However, this grizzly subspecies is still the animal emblem of California.

The California grizzly's disappearance left more open space for the black bear. These bears, unlike their name may suggest, are in fact brownish black in color. Although they are less aggressive than the grizzlies, American black bears are still among the most dangerous animals in California. They can attack humans when it comes to food or protection for the young, and they can be lethal.

There is a specific Californian subspecies, the California black bear (U. a. californiensis), which can be found throughout the state in shrublands and rainforests.

Are rattlesnakes dangerous in California?

There are numerous rattlesnakes in California, many of them dangerous. As you know, rattlesnakes signal their intent to attack using their rattle to make an audible sound; however, these snakes only attack when threatened. They belong to the Crotalinae family, that of pit vipers.

It is estimated that around 800 rattlesnake bites each year in California result in one to two deaths. Chances of survival are excellent, but immediate attention and medical care are essential.

The rattlesnakes of California include the following:

Some of these species are also among the venomous snakes of Texas - take a look to compare! You can see a Western diamondback rattlesnake in the picture below.

Coyotes (Canis latrans) are not particularly dangerous to humans - although they aren't friendly - but they can be lethal to cattle and sheep. However, there have been deadly coyote attacks to humans in California. Coyotes are getting used to urban areas, and they encroach on humans settlements more often, which leads to more conflicts.

Coyotes are not wild dogs, but a closely related species. They often mate with domestic dogs, however, leading to hybrid "coydogs" which have the same hunting instinct, without the aversion to humans. You can differentiate coyotes from wolves because they are smaller and much lighter. Their coat is a grayish sandy brown, and their snout is narrower and more pointed, as are their ears. Coyotes have also bred with wolves, giving birth to hybrids.

While gray wolves (Canis lupus) used to live in the Sierra Nevada area in California, they were wiped out. However, protection efforts such as the California Wolf Center and natural processes have ended up in a larger number, and there were sightings of gray wolves in California as recently as 2011. It's calculated that the population will grow.

In California you can find Northern Rocky Mountains wolves (C. l. irremotus) and Mexican wolves (C. l. baileyi), which are endangered. While wolves are dangerous to livestock and may attack humans in wild environments, their presence is key to a healthy and balanced environment. Moreover, male gray wolves are among the best animal dads.

Here you can learn more about the gray wolf's diet and hunting habits.

The most dangerous animals in California do not only inhabit the land - they can also be found in the water.

When it comes to marine predators, no animal has a worse reputation than the great white shark (Carcharodon cacharias). This carnivorous fish has 24 exposed teeth, and about five rows of as many developing teeth. When teeth fall, new ones are grown: a great white shark can grow thousands of teeth in a single year.

This means that great white sharks are ferocious hunters, with a massive ability to bite and grasp prey; they rip their victims into pieces and swallows them. Although great white sharks do not hunt humans to eat and rarely attack unprovoked, they occasionally do so. Most shark attacks happen due to a sense of threat or confusion. When shark attacks are lethal, people die due to blood loss more often than from repeated bites. You can see a great white shark in the picture below.

Another dangerous marine animal is the stingray. Stingrays are not actively aggressive, but you may accidentally step on them on the beach. If you do, call for help immediately so that you can save yourself from infection. Stingray injuries are not usually lethal, but one such resulted in the death of Aussie explorer Steve Irwin.

In California you can find the round stingray (Urobatis halleri), which can cause painful injuries but is not fatal, as well as the harmless bat ray (Myliobatis californica).

Besides sharks, the most dangerous fish regularly encountered in California waters is the spotted or California scorpionfish (Scorpaena guttata). This is a type of fish that contains venom in its spines. Besides wounds, the venom causes intense pain, swelling numbness and nausea. If injured by a California scorpionfish, look for medical attention as soon as possible.

Here you can learn more about the marine animals of Baja California.

"Killer bees" are actually Africanized bees, the result of cross breeding between different Western honey bee subspecies and the African subspecies (Apis mellifera). While the venom of "killer bees" is no worse than that of regular bees, they are more easily threatened. As a result, they swarm faster, attack in massive numbers and pursue victims for longer.

These bees appeared in California in recent years, and they have caused human deaths. Their population is continually on the rise. Here you can learn the differences between wasps, hornets and bees and what to do if your dog is stung by a bee. You can see a swarm of bees in the picture below.

The invasive red imported fire ants (Solenopsis invicta) reached southern California in the late 1990s. This pest is not yet eliminated, and stings in great numbers leading to lethal allergic reactions. These ants cost the Californian agriculture industry as well.

Are there venomous spiders in California?

Yes, there are. You may have heard of the dangerous black widow spiders, but in fact their venom is not usually lethal for humans. Black widow spiders are known for their nocturnal habits and because they spin impressive 3D webs. However, there are other venomous spiders in California besides them. Let's go over them:

Although there are different scorpion species in California, most are associated with extremely painful bites and an allergic reaction. Out of all the scorpions in the area we highlight the Arizona bark scorpion (Centruroides exilicauda), the most dangerous one in North America. Its venom causes extreme pain, numbness and nausea, and even convulsions. It isn't deadly for healthy adults, but it can kill seniors and small children.

If you are stung by an Arizona bark scorpion, clean the area with fresh water and soap and help the inflammation with a cool compress. Go to the doctor immediately to receive antivenom if the pain is severe; meanwhile, take paracetamol or ibuprofen for the pain.

The Gila monster (Heloderma suspectum) is a venomous lizard, known for its large size - more than 50 cm or 20 in long - and its strong bite, which can release toxins. A Gila monster's bite is extremely painful and can cause edema and a loss of blood pressure, but it isn't deadly to healthy adult humans.

This lizard doesn't come close to one of the most dangerous animals in California is the orange-bellied or California newt (Taricha torosa), which has toxic skin. The substance is harmful enough to kill humans and almost every other animal alive, but luckily it is only fatal when ingested. Do not, under any circumstances, attempt to eat any bright orange newt you come across: you can see one below.

The category of dangerous big cats you can find in California includes well-known predators like the cougar and the bobcat.

Cougars (Puma concolor) are also called pumas, catamounts, panthers and mountain lions. These are indeed dangerous animals that have been proved fatal to humans in numerous occasions, like American bears or great white sharks. There have been deadly cougar attacks in California as well.

Cougars avoid humans generally, but starving juveniles and threatened or startled individuals may attack people wandering their natural habitat. Cougars are also among the 10 highest-jumping animals in the world. See one in the picture.

Bobcats (Lynx rufus) are a type of wild cat that originated in North America. Their name comes from their short, stubby tail. These are solitary animals that avoid humans and do not wish to be encountered. In the event that they do come face to face with people, bobcats can attack humans using their sharp claws and teeth. However, this is rare, and it tends to happen only with sick or rabid individuals. Bobcats are much more dangerous to smaller animals, like livestock or pets, than to humans.

Some big cats can cross-breed and have given origin to hybrid cat species - find out more about them here!

Now that you know what are the 10 most dangerous animals in California, don't miss the following articles!

If you want to read similar articles to The 10 Most Dangerous Animals in California, we recommend you visit our Facts about the animal kingdom category.

In California, they are most often called Mountain Lions.

We are sorry for the oversight and have corrected the problem. Thanks for the comment!
The 10 Most Dangerous Animals in California 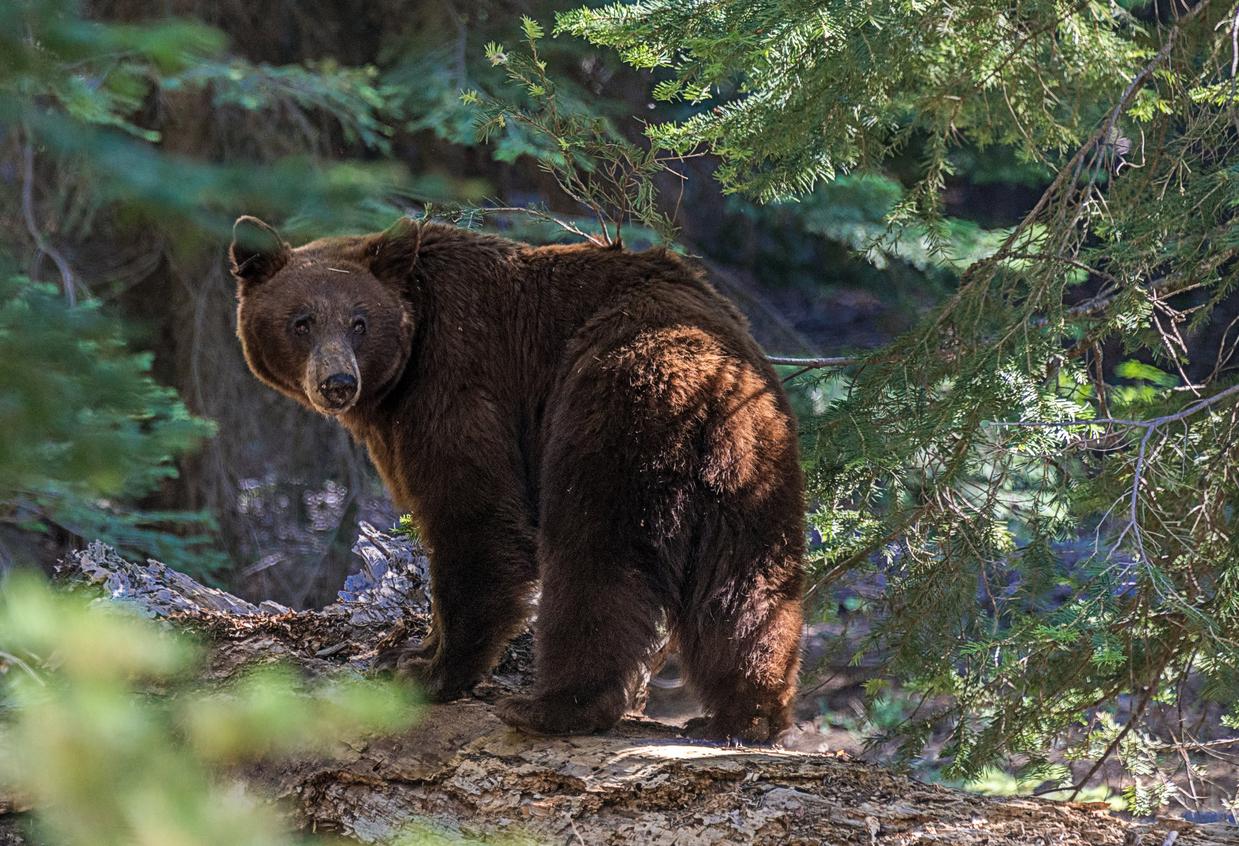 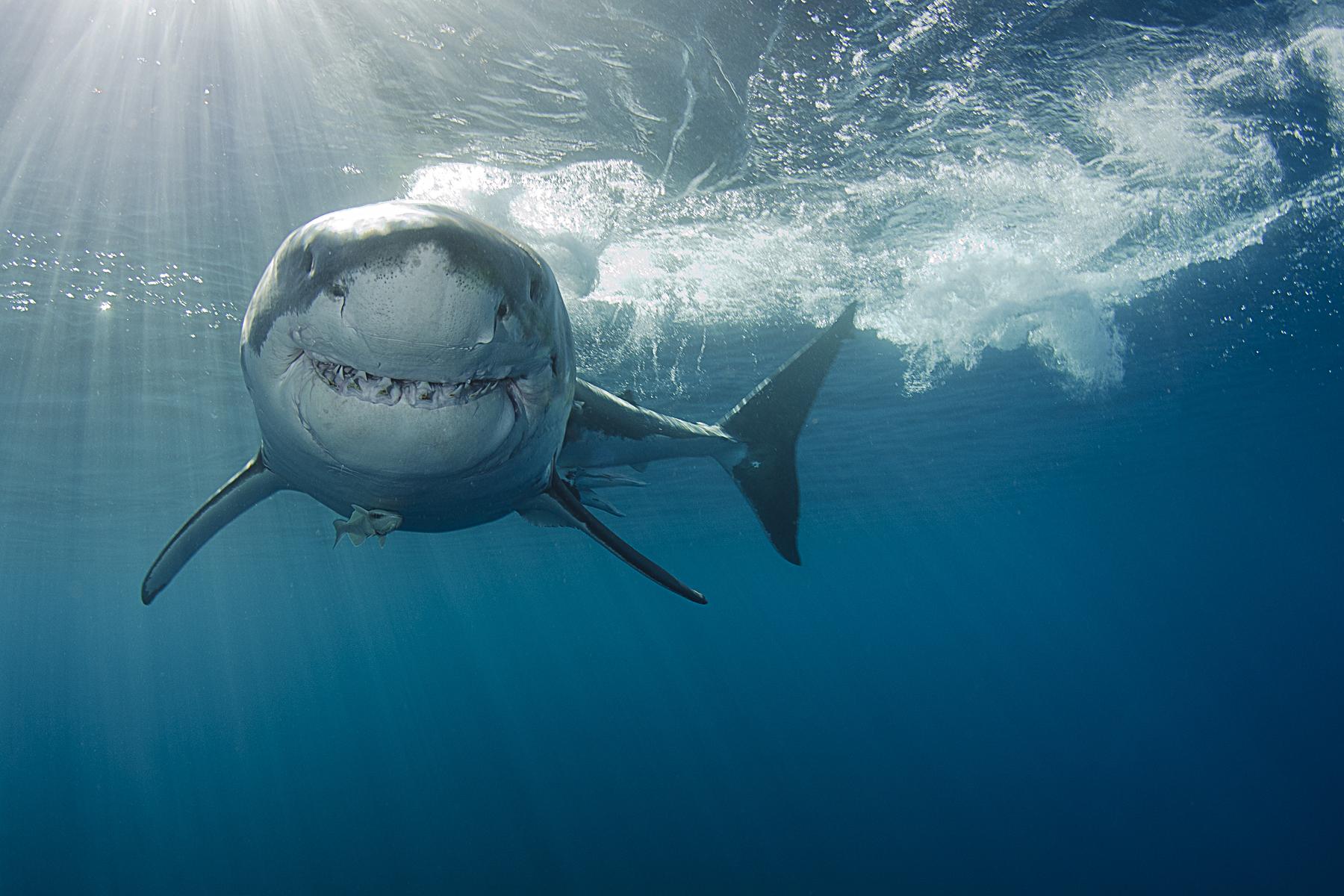 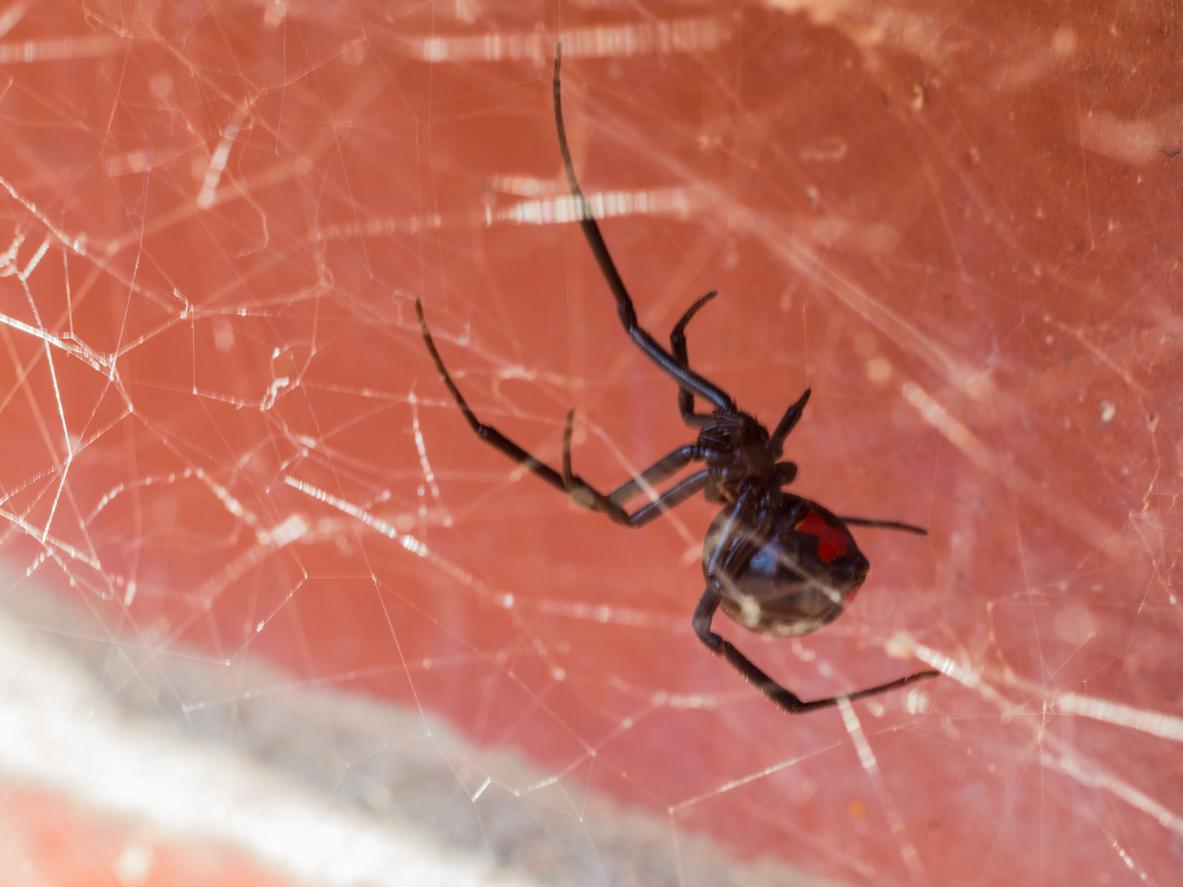 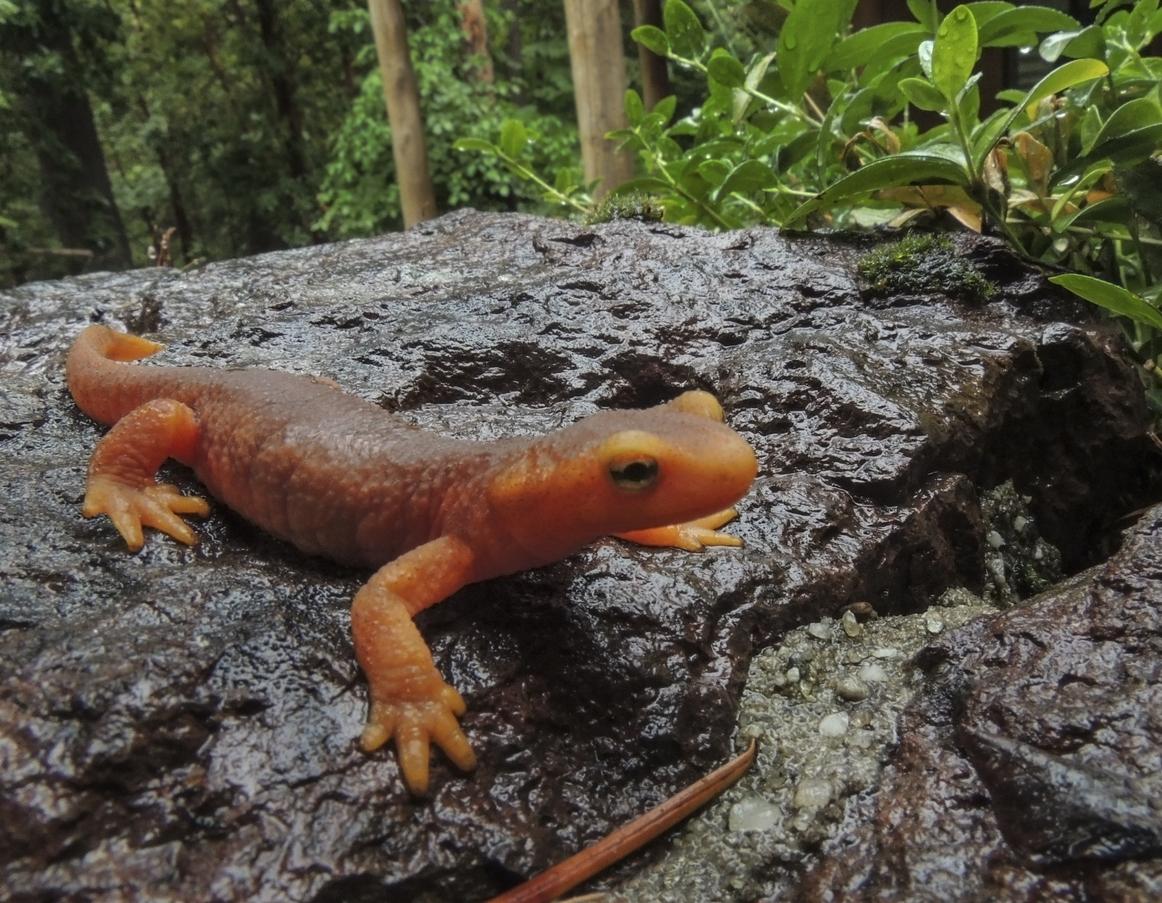 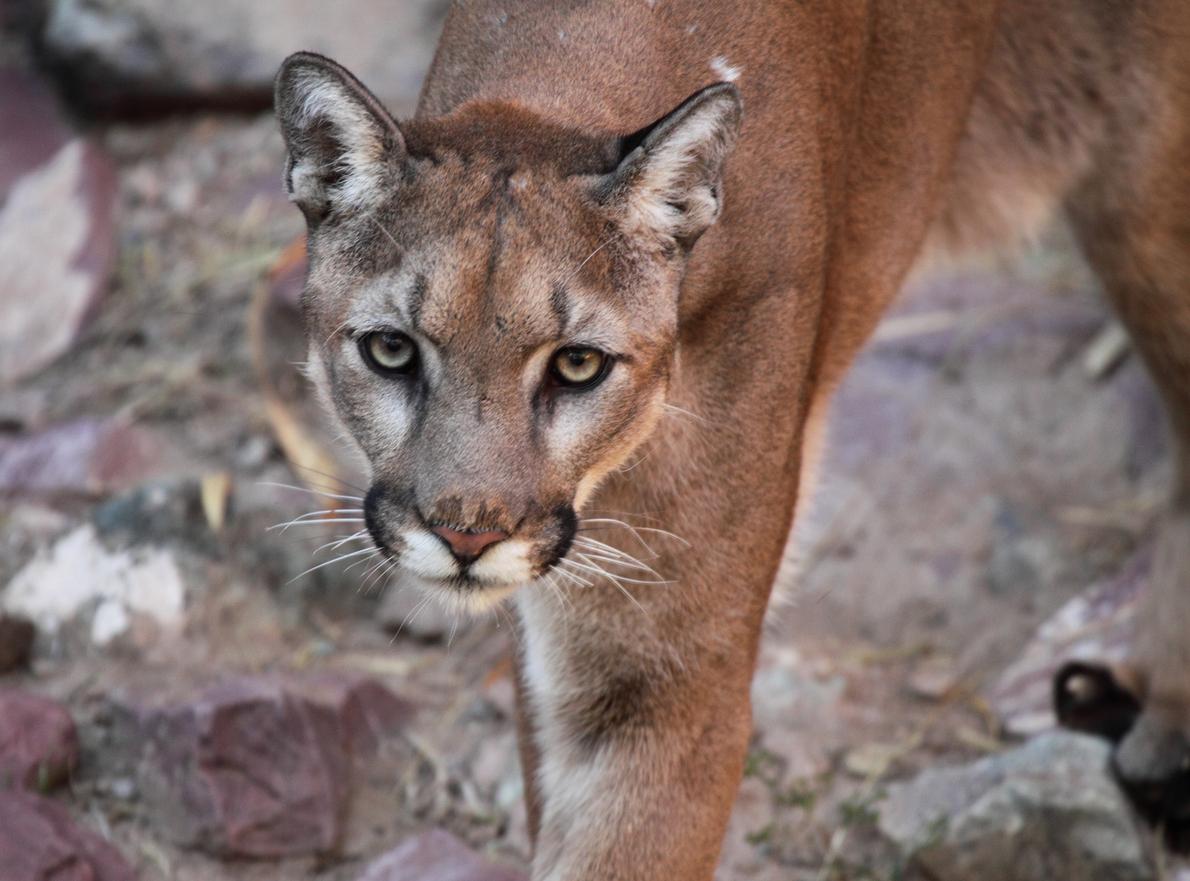