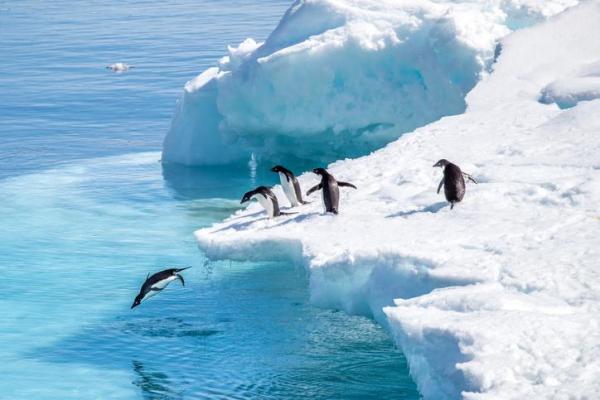 Antarctica is the coldest and most inhospitable continent on planet Earth. In fact, the coldest temperature ever recorded on Earth was -90 ºC at Antarctica's Vostok station. Contrary to this intense cold , there are also relatively warm regions in Antarctica, such as the Antarctic Peninsula, where temperatures can reach around 0 ºC. But not only is Antarctica a fascinating place geographically, but zoologically too!

Would you like to find out more about Antarctica's enchanting fauna and flaura? If so, this AnimalWised article is for you. Keep reading here and discover our full list of Antarctic animals, facts and more!

Antarctic animal adaption to temperature stress are governed, primarily, by two rules. The first rule, Allen's rule, states that endoderm animals are more ‘‘rounded and compact’’. The second rule, Bergmann's rule, states that with the intention to regulate heat loss, animals that live very cold areas are larger in size in comparison to those that live in warmer climates. For example, penguins that live in the south pole are larger than tropical penguins[1].

To survive this freezing climate, Antarctic and Arctic animals have adapted over time with an accumulation of large amounts of fat under the skin to avoid heat loss. These animals either have incredibly thick skin or dense hair with an insulating layer, which allow them to retain well-needed heat.

During the colder winter seasons, some animals, especially birds, migrate to warmer areas.

Animals that live in Antarctica are mainly aquatic, such as seals, penguins, other birds and some marine invertebrates and cetaceans.

Some of the most common examples of Antarctic animals and plants, which we will be discussing in detail, include:

You may be wondering, what about polar bears? A common misconception, largely due to fiction and movies, is that polar bears and penguins live together. This, however, could not be further from the truth. Polar bears live in the Arctic (only), while penguins live Antarctica. But, why are there no polar bears in Antarctic? Antarctica is surrounded by water and there are no terrestrial predators present. In addition, due to the fact that polar bears are descendants of the North American brown bear, there would have been no geographical way in which they could’ve reached the south pole, especially because they would have struggled to survive the warm tropics on the way. Penguins would also experience extreme difficulty surviving the Arctic. Not only would they fall prey to hungry polar bears, but their feeding and breeding requirements would be largely affected. For more, we recommend reading our article where we discover fascinating Arctic animal facts.

In addition, did you know that when it comes to plants in Antarctica, there are no trees or shrubs. Only two species of flowering plant are found in Antarctica:

The rest of the antarctic plants are made up of algae, mosses, liverworts and microscopic fungi.

Emperor penguins mainly feed on Antarctic ocean fish, but are also known to eat krill and cephalopods. They have an annual reproduction cycle whereby colonies are formed between March and April. Did you know that emperor penguins are monogamous? Meaning that they only choose one mate per mating season. Once the eggs have been laid, they are passed to the male for an incubation period while the female returns back to sea to feed.

For more about penguins, we recommend reading our article where we discuss, ‘‘Where do penguins live?’’

Although not an antarctic ‘animal’ per se, we cannot leave out the Antarctic krill (Euphausia superba) from this list of antarctic animals. The Antarctic krill forms the base of food for the entire Antarctic food web. This small malacostraca crustacean lives in swarms of more than 10 kilometers in length. Its distribution is circumpolar, although its largest populations are found in the South Atlantic, near the Antarctic Peninsula.

Did you know that krills can shrink in size when they feel threatened, and when eaten by penguins, can turn their poop pink?

Leopards seal Antarctica (Hydrurga leptonyx) are distributed along the Antarctic and subantarctic waters. Leopard seal females are larger than males, reaching up to 500 kilograms of weight. The young usually are usually birthed on the ice between November and December and are weaned at only 4 weeks of age.

Leopard seals are solitary animals and couples copulate on sea ice between November and march. Leopard seals are famous for being great penguin hunters but they also feed on krill, other seals, fish, cephalopods, etc. An amazing fact about this Antarctic seal is that they ‘sing’ underwater, not much is known about this ‘singing’ but it is said to be linked to breeding.

If you find seals as interesting as we do, we recommend reading our article where we list the different types of seals around the world.

Weddell seals (Leptonychotes weddellii) have circumpolar distribution throughout the Antarctic Ocean. Some solitary individuals, however, have been spotted on the South African coast, New Zealand or South Australia.

As in the previous case, weddell seal females are larger than the males, although their weight fluctuates drastically in breeding season. These antarctic animals breed in seasonal ice or on land, which allows for colonies to form and return each year to the same place for mating.

One of the most incredible weddel seal facts is that they live on seasonal ice, making holes with their own teeth to access water. This habit does, however, cause rapid teeth wear which can shorten a seal’s life expectancy.

The presence or absence of crabeater seals (Lobodon carcinophaga) in the Antarctic continent largely depends on the fluctuations of the seasonal ice. Crabeater seals, also known as the krill-eater, are the most social of all Antarctic seals and live in the pack-ice zone which surrounds Antarctica.

Crabeater seals, contrary to what their name may suggest, do not actually feed on crab. A crabeater’s diet is made up of 95% krill. Another fun crabeater seal fact is that one of its main predators has actually already been mentioned on this antarctic animals list, do you know which one it may be? Yes, the leopard seal!

Another of the seals on this Antarctic animals list is the Ross seal (Ommatophoca rossii), distributed in a circumpolar way throughout the Antarctic continent.

These seals are the smallest of the four Antarctic seal species, weighing only 216 kilograms. Ross seal individuals can spend several months in the open ocean without ever approaching land. Ross seals are a monogamous seal species that almost never leave the Antarctic ocean.

Antarctic petrel feed mainly on krill and other crustaceans.

According to the IUCN (International Union for Conservation of Nature), there are several animals in danger of extinction in Antarctica. The Antarctic blue whale (Balaenoptera musculus intermedia)is a critically a endangered Antarctic species that has decreased 97% from 1926.

For more, we recommend reading our article where we list the 10 animals in danger of extinction in the world.

If you want to read similar articles to Animals in Antarctica List, we recommend you visit our Facts about the animal kingdom category.

Bibliography
Arctic Animals Facts: Full List!
Animals with Trunks - List of Trunked Animals
Animals With Scales - A Full List
Prey Animals List - Characteristics and Examples
Related categories
Endangered animals
Most read
1.
What Animal am I According to my Zodiac Sign?
2.
What Does It Mean When a Cat Shows Up at My Door
3.
The 10 Most Solitary Animals in the World
4.
Differences Between Crows, Ravens and Rooks
5.
How Many Types of Lions Are There?
6.
10 Smells that Attract Cats
7.
Animals With Scales - A Full List
8.
10 Most Beautiful Animals in the World
Native Australian Animals List And Pictures
Ruminant Animals: Full List and Fun Facts
What Are Hybrid Animals? - List And Examples
What Are Hermaphrodite Animals? - Definition and Full List!
Fossorial Animals: What Animals Live Underground?
Animals That Eat Insects - List and Fun Facts
Glow in the Dark Animals
List of Big Eyed Animals - 15 of the Cutest!

3 comments
Rating:
unknown
20/01/2021
I am doing a project on Antarctica, it was helpful, but I had to go onto other websites to get more animals so I would recommend you add more animals. Overall, it was pretty good.
Rating:
someone i guess
17/11/2020
very epic
Rating:
Tom
26/04/2019
Antarctic animals are so beautiful. Thanx for the Antarctica facts and pictures.
Animals in Antarctica List 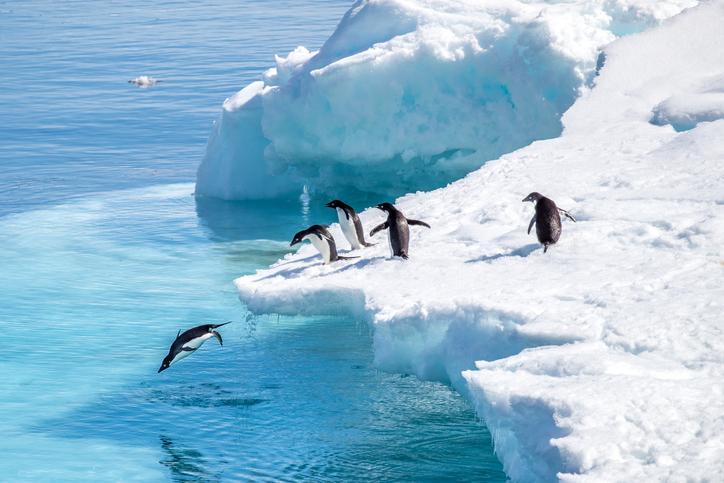 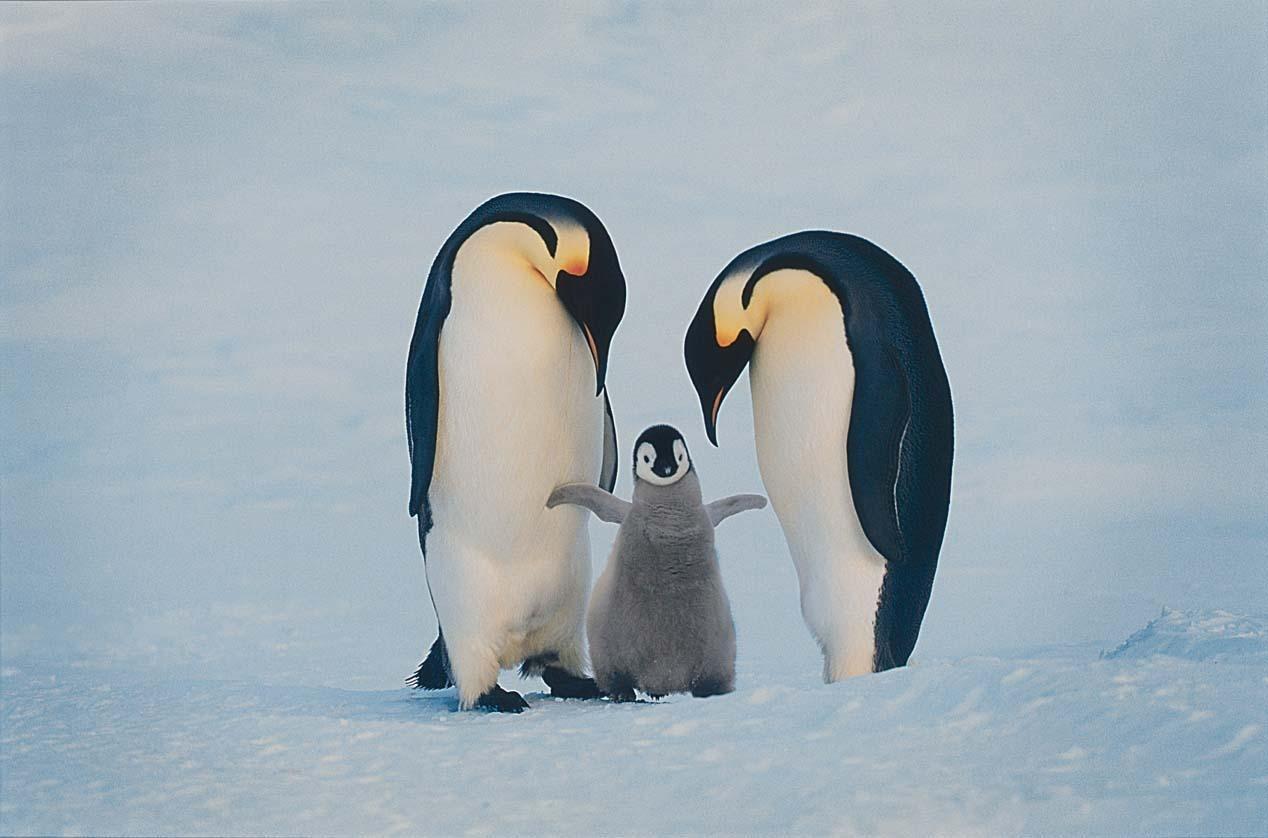 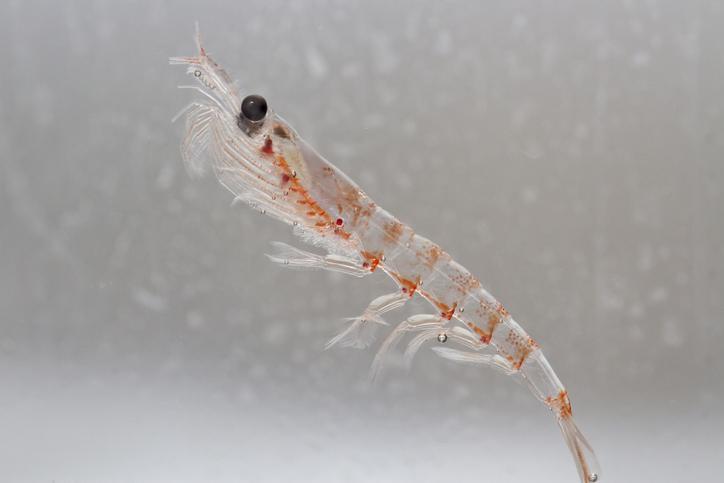 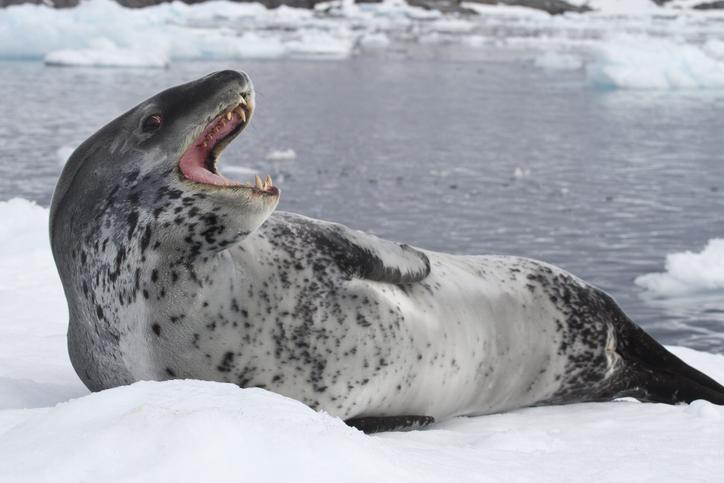 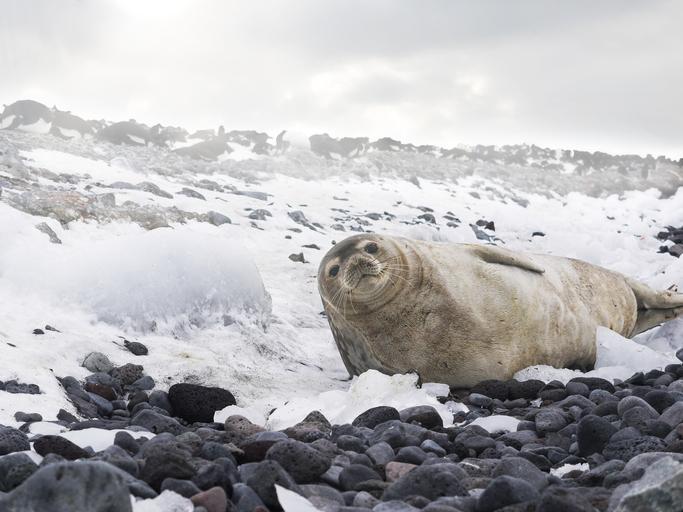 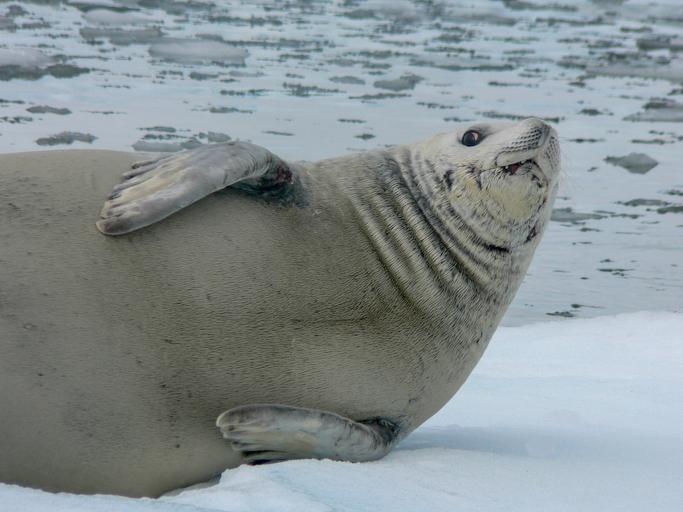 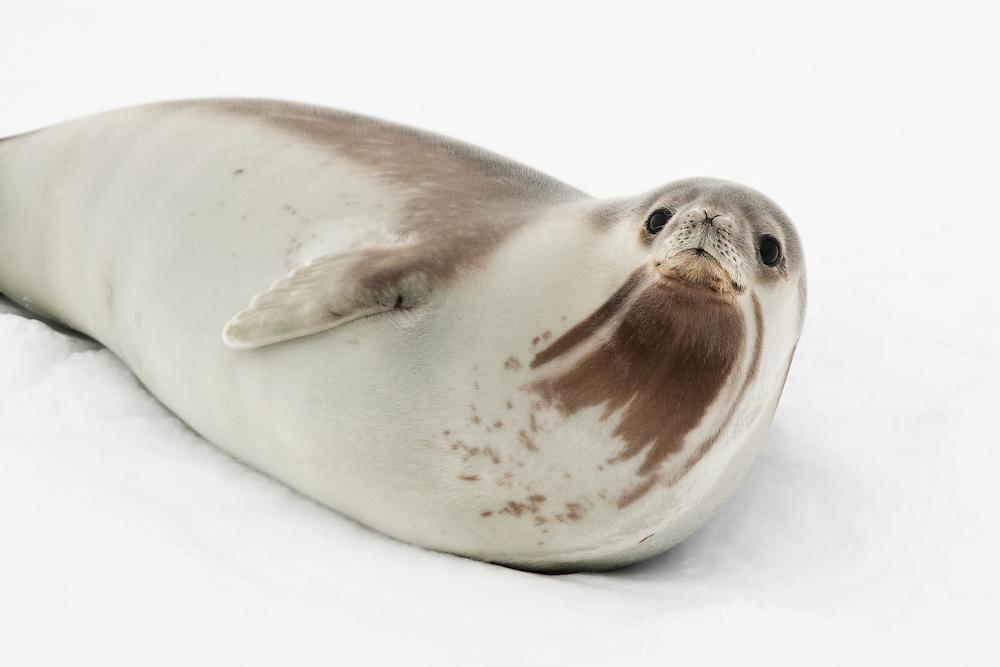 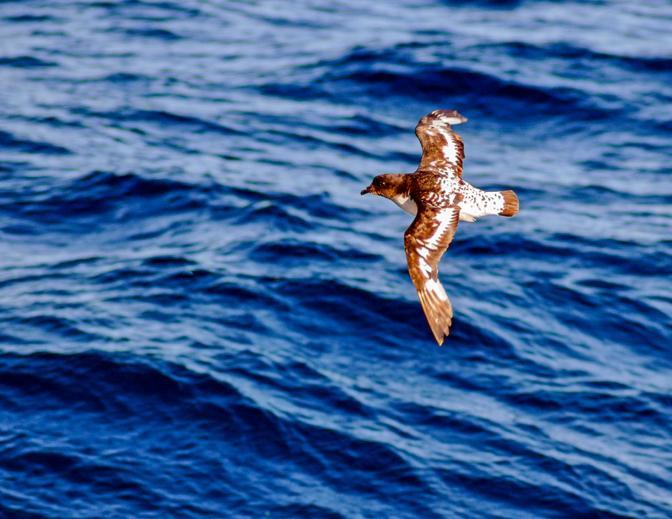