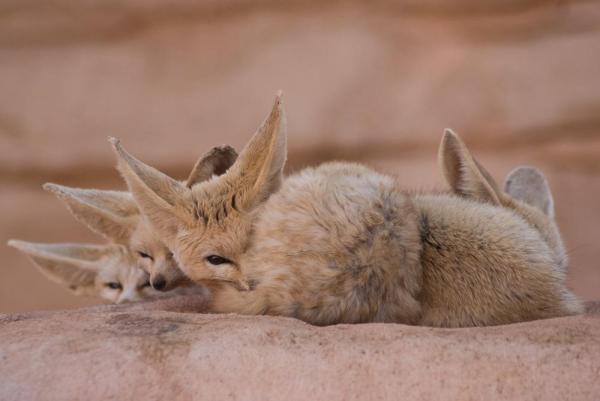 Our planet has climates of all kinds: from raw winters to soft springs. These different types of climate and variety of geographical areas are so great, that in each one different species of fauna and flora can be found. But what kind of animals exist in the desert?

In this AnimalWised article we will present you with a list of desert animals that will definitely fascinate you!

Animals that live in the Sahara desert

The Sahara is one of the largest deserts in the world. It is located in North Africa, and some of its sand dunes can reach almost two hundred meters in height. It is an arid and dry desert, where you can find some oasis around which certain types of animal and plant life have developed. Among the animals we can find in this desert are:

Today, the Addax is in critical danger of extinction. We kind find small populations of this animal in countries like Nigeria and Chad.

The Addax is a kind of antelope that has been depleted by indiscriminate hunting. This animal is perfectly suited to its environment. Its is able to live off little amounts of water, as it rests during the hottest hours of the day. At night, the Addax feed on the little amount of vegetation found in the desert.

Also called the dromedary, this camel isunique to its species. Its main characteristic is a hump that is located on its back. To resist the hot sands of the desert, this camel needed to adapt its body. This mammal has long lashes to prevent sand from entering its eyes, and callous knees and ankles to isolate high temperatures.

However, the most notable feature of this camel is its hump. This hump allows it to produce water with the fat it accumulates. In this way, the animal remains hydrated no matter how far away it may be from water.

The Western African crocodile is found in several parts of Africa, including the Saharan desert. In ancient times, this species was venerated by the Egyptians as a god, therefore they were mummified.

This species is spread across the Saharan region of Mauritania. It protects itself from the sun with its powerful armor (thick skin), and by taking baths in the nearest river.

This scorpion is also known as the Palestinian scorpion. It has a yellowish tone throughout its body with a thin black stinger. This coloring is a characteristic which allows it to remain hidden from possible predators.

When this does not work, the scorpion has a poison that, if stung, can be incredibly painful. A sting by this scorpion cannot normal kill an adult human, however, it can badly harm a person, specifically a child or elderly.

The Fennec Fox is a small mammal of the canine family that lives in the Sahara desert. His coat, between blond and reddish, allows it to camouflage itself easily, as it ‘‘dissolves’’ with the sand dunes. One of its main distinguishing features is its long ears, which allow it to regulate its temperature. These large ears help to cool its body when it is very hot. This animal mostly nocturnal, at which point it leaves its burrow to hunt. It can survive a long time without water.

Animals that live in the Mexican desert

The Mexican desert occupies around 40% of the total surface of the country. There in fact four deserts in different parts of the country: San Luis de Potosi, Baja California, Sonora and Chihuahua. Some of these beautiful deserts are not only part of Mexico, but also of the United States.

In each of them live different species of animals and plants, such as:

The size of a house cat, the swift fox not only feeds on other animals, but also on fruits and herbs. They build burrows among the sand, where they stays cool during the day. They hunt during the night.

This animal is not only found in Mexico, but also in some areas of the United States and Canada. This mammal is similar to the antelope, but unique in its kind. It which moves in a herd, during the hottest seasons. As it has adapted to the hostile environment of the desert, it feeds on the scarce grass and plants such as cactus, typical of sandy and dry ecosystems.

Tiger Salamanders live on land and only approach aquatic environments for reproduction periods. Their larvae are very resistant, so they are able to support their development in adverse natural conditions, such as those that are present in deserts. They feeds mostly on worms and small insects.

The roadrunner became very popular thanks to the cartoon. However, their actual appearance is not at all similar to what they have been presented as on television. It is in fact a rather small bird, which can only perform flights at low altitude, so spends most of its time on land. It is however capable of running at great speeds, a little over 30 kilometers per hour.

You can find coyotes in both the Mexican desert and in Canada. It adapts easily to diverse ecosystems, which allows it to live in an arid environment. During warmer months, coyotes remain in packs, as a way to ensure support when it comes to hunting protecting themselves.

Animals that live in the Chilean desert

You can find several deserts in Chile. The most popular is the Atacama, located in the north of the country. It is the most arid desert in the world. This area is rich in metallic, non-metallic resources and magnesium salt, which is an important source for the Chilean economy. when the rainfall in the area exceeds the annual average, a natural known phenomenon occurs. This phenomenon is called the ‘flowery desert’.

Chile shares sections of its deserts with neighboring borders, such as the Pacific desert and the arid diagonal of South America. Among these vast and fascinating deserts we can find;

Vicuña is a mammal which is part of the camel family. It carries beige and cream fur, so it is easily confused with desert areas. Its legs are padded, allowing them to move easily on very hot or rocky soils; In addition, its thick and dense coat protects them from temperature inclemency. This coat blocks wind passage, its waste and protects this animal from the cold during the night.

This mammal also falls under the camel umbrella. Its delicate build feeds on small herbs and bushes. They live in flocks, where the male is responsible for protecting the young and the female. Its coat is reddish and sandy, which is beneficial and necessary for an animal that lives between dunes and rocks.

The Southern Viscacha is a rodent which is physically similar to the hare. You can find this little rodent in Chile, Peru and Argentine. Its fur is thick, which protects it from the desert wind and keeps it warm at night. They takes refuge among rocks and feed on small herbs.

It is a canine species smaller than most wolves, with gray, dirty and sandy fur. This wolf is not only found in deserts, but can also be seen in meadows and fields. The gray wolf adapts easily to almost any environment. In the desert it feeds on reptiles, small rodents and mammals, such as mice and hares.

Although it may seem strange, Chilean flamingos are typical to the Atacama desert. Most of them accumulate in the National Flamingo Reserve , where despite the desert climate, you can find are rivers and other water sources. These resources make it possible for the presence of these beautiful birds.

Animals that live in the Antarctic desert

Contrary to what most people think, and a surprising fact for many, is that Antarctica is in fact a desert. The word "desert" does not only mean arid areas where heat reigns, but any inhospitable space where life, is scarce due to adverse conditions.

Even so, plants and animals have managed to develop sufficient defenses in order to keep this freezing climate their home. And here they are:

Seals are marine mammals that are also capable of surviving on land. Seals are covered in little hair and thick skin. This thick skin functions as protection against low temperatures. They feed on penguins, fish and other marine animals.

Although penguins are birds, they do not fly. Their lives take place on land and in water. Therefore, its wings have had to adapt perfectly for the ocean. In the water, penguin wings function as fins, capable of propelling them through water at high speeds. Their bodies are also conditioned to withstand cold weather. Under their layers of feathers, you can find thick fat.

This white breasted bird can be found in certain regions of the Antarctic continent. Its body has adapted to withstand the cold, and it feeds on small marine animals, such as krill and other crustaceans.

The Elephant seal presents a marked dimorphism between males and females, because the males weigh and measure twice as much as their female counterparts. They feed on other marine animals. Their considerable layer of fat that forms on their bodies elephant them against the icy water of Antarctica.

Antartic fur seals are able to live on both land and in the ocean. They feeds on krill, fish and crustaceans. Like their relatives, they are able to live in this freezing environment due to their thick layer of skin and fat that insulates the cold.

Animals that live in other deserts

On our planet there are several deserts, so many that they are often difficult to keep up with. In each one of these deserts we can find interesting and fascinating species that have grown to adapt to their harsh environments. The most commonly known desert animals which haven’t yet been mentioned are;

If you want to read similar articles to A Complete List Of Desert Animals, we recommend you visit our Facts about the animal kingdom category.

Native Animals of the Thar Desert
Animals With Scales - A Full List
What is the State Animal Of...
List Of Different Types of Foxes
Related categories
Endangered animals
Most read
1.
What Animal am I According to my Zodiac Sign?
2.
What Does It Mean When a Cat Shows Up at My Door
3.
The 10 Most Solitary Animals in the World
4.
Examples of Vertebrate and Invertebrate Animals
5.
Differences Between Crows, Ravens and Rooks
6.
10 Smells that Attract Cats
7.
How Many Types of Lions Are There?
8.
Animals With Scales - A Full List
Animals with Trunks - List of Trunked Animals
Native Animals of Idaho
Arctic Animals Facts: Full List!
List of Big Eyed Animals - 15 of the Cutest!
Types of Adaptations in Animals
Examples of Vertebrate and Invertebrate Animals
Animals in Antarctica List
Native Animals of Utah: Wildlife and Habitat 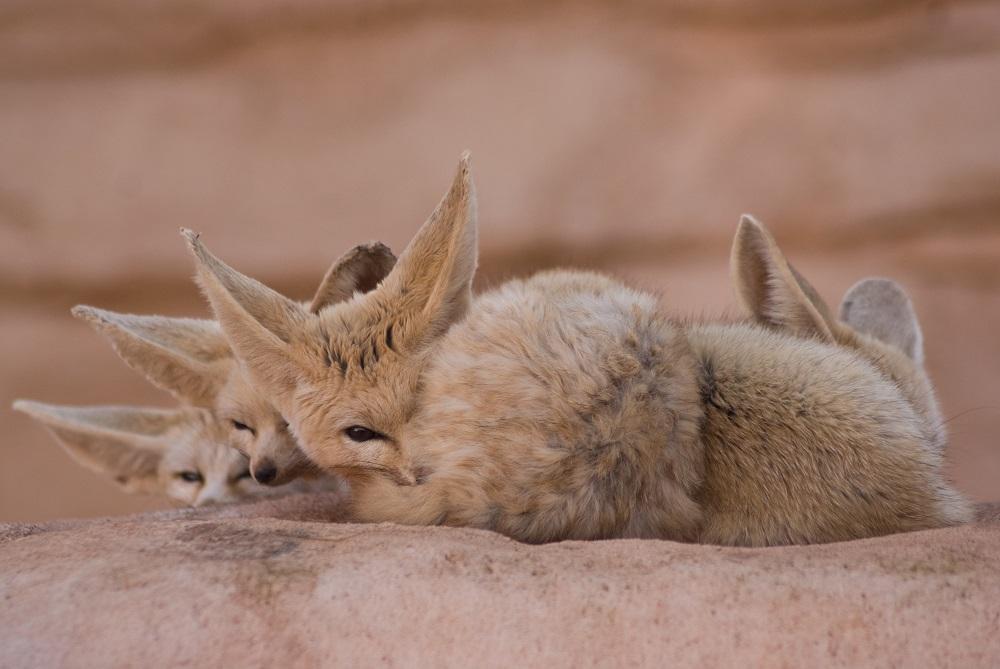 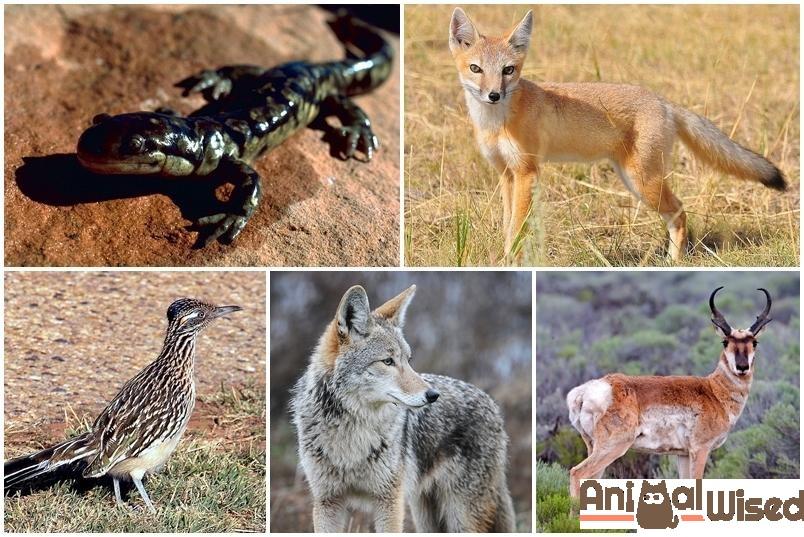 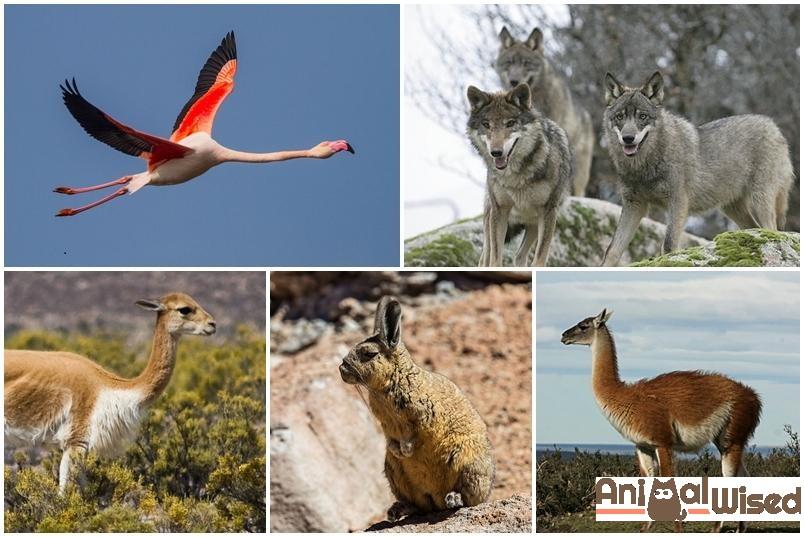 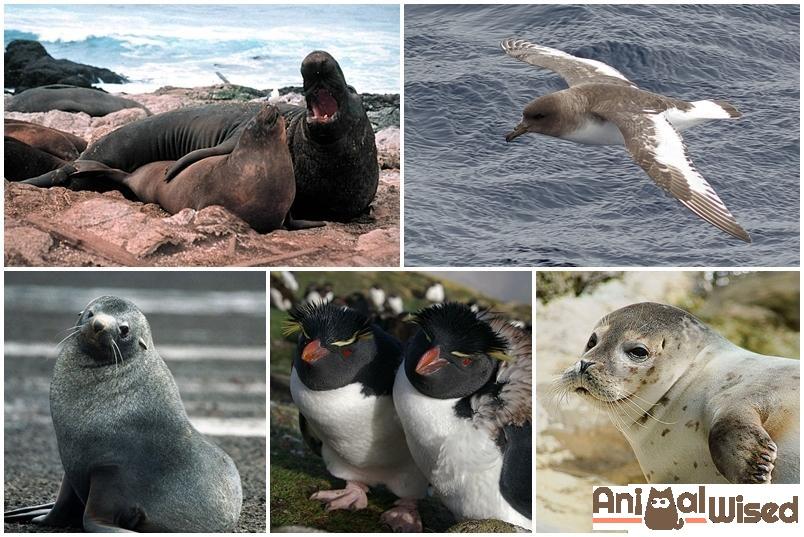