Animals That Walk on Water - How Do They Do It?

The Earth is full of life. Living things populate every corner of our planet, from the most populated areas of major cities to the most remote and unknown corners. This enormous diversity explains why we can find all kinds of animals with surprising behaviors and characteristics on Earth.

That's why, in this AnimalWised article, we have compiled a list of 6 animals that have the incredible ability to walk on water. We also explain how they can do it.

You may also be interested in: Do Fish Drink Water?
Contents

How come there are animals that can walk on water?

In principle, this phenomenon is due to a physical fact that has to do with the so-called "surface tension", a resistance effect created on the water surface by intermolecular forces. As long as this tension is not broken, animals can stay on top of the water and move through it. Some even have limbs that make it even easier for them to perch on the liquid because they have the ability to repel water. So when contact occurs, the tension remains unbroken and the animal stays afloat.

But not all animals have the ability to maintain the surface tension of the water because their size and weight do not allow them to do so. Nevertheless, they manage to stay on top of the water and move around. In these cases, other features of the species come into play. One of them is the use of a limb that gives them strength and propulsion and allows them to stay above the water for a while. Another has to do with the impermeability of the skin and the speed with which the animal moves.

Here is a list of six animals that have the incredible ability to walk on water and how they do it.

Geckos are reptiles that belong to the group of lizards, of which there are several species that often live in our homes. Among their characteristics is the ability to move on different surfaces, climb walls and even cling to the ceiling thanks to the pads on their legs. But some members of this group, like those of the genus Hemidactylus, also have the ability to walk on water. But how do they do it?

Weighing about 6 grams, the mouse-sized reptile seems too heavy to rely on surface tension, but too light to generate enough impact force to keep its body afloat. Recent studies show that surface tension was critical to the reptile's success, but it was not everything. Below, we explain how they do it:

As mentioned earlier, some geckos like to live in our homes. Although they are not dangerous, some people may not like them. Read on in this other article, where we explain how to get rid of geckos and lizards without harming them.

The common basilisk (Basiliscus basiliscus) is a species of lizard in the family Corytophanidae. The species is native to Central and South America, where it is found near rivers and streams in rainforests. It is also known as the Jesus Christ lizard.

Common basilisks can climb, swim, walk on land and over water as soon as they hatch. The animals also walk on water, but unlike the previous case, they do so with their two hind legs, making them atypical bipedal animals. In fact, their common name comes precisely from this ability to move on water. But, how do basilisks defy gravity?

Thanks to their large feet, extended toes, and the ability to move their hind legs like windmill blades so fast that they create an air pocket and do not sink.

However, they cannot move indefinitely. The smallest specimens can travel the longest, reaching up to 20 meters, while the largest and heaviest specimens can only run up to 4.5 meters and then sink and begin swimming. These animals must run at high speed to accomplish this feat.

Some small insects, such as mosquitoes, can walk peacefully on the surface of a pond thanks to the unique adaptations of their legs that repel water and allow them to swim freely.

Mosquitoes land on bodies of water to lay their eggs just below the surface, where the embryos hatch into pupae and eventually emerge from the water as adults to continue the cycle.

A mosquito leg consists of three lattice-like segments coated with water-repellent on microscopic scales: A rigid femur protrudes from the insect's abdomen and is connected by a joint to an equally rigid tibia, which merges into a long, flexible tarsal bone.

The insect's ability to swim in water and generate an upward force with its six legs that is twenty times its own body weight is due entirely to the horizontal contact of the tarsus with the surface. However, it is not only incredible that they can stay above water, but also that they can start flying without sinking. By reducing the total surface area of the leg in contact with the water, the adhesive force of the water on the insect is greatly reduced, facilitating takeoff.

Gerris lacustris, commonly known as the pond skater or water strider, is a species of water strider found throughout Europe. Water striders, as their name implies, have the ability to move quickly on the water surface and have hydrophobic legs. Water striders rely on surface tension to walk on water, but that's not all.

On average, a water strider can move 1.5 meters per second by paddling forward with the middle pair of legs while the front and back legs serve as oars. Over the course of evolution, water striders have developed a unique arrangement of legs that gives them the ability to glide with greatly extended middle legs.

Water striders can also stand on water effortlessly because their legs do not get wet. Because their bodies are covered with tiny hairs with nano grooves, they have a water-repellent effect.

The raft spider typically hunts on the water surface with its front limbs extended, relying on the vibrations of the water to locate prey. It feeds on other invertebrates and even some vertebrates, such as frogs and fish.

The force of surface tension balances the spider's weight and helps it walk on water. Surface tension affects the top layer of water and causes it to behave like a stretched elastic film.

As if that were not enough, this spider can not only stay afloat, but also dive when it wants to. In fact, this is a common behavior of this species to avoid being eaten by birds. Some studies claim that it is able to stay underwater for up to seven minutes.

If you want to learn more about spiders, do not miss the following article, where we explain what spiders eat.

A dolphin is an aquatic mammal within the infraorder Cetacea. Dolphins have a torpedo-shaped body with a generally non-flexing neck, limbs converted to fins, a caudal fin, and a bulbous head.

Some dolphins manage to get almost completely out of the water, even though it isn't a behavior they often exhibit in the wild, but rather a response to training when they are in captivity.

In order to accomplish this, they hold on only by their tail fins and make powerful and rapid movements that give the impression that they are walking on water.

Remember that these and all other animals that live in zoos and amusement parks should enjoy a life of freedom, in their natural habitat. Many of them suffer from serious health problems due to captivity, especially because of the limited space they have. Therefore, we recommend you to think about it before visiting any of these places.

If you love these animals and want to learn more about them, we suggest you keep reading and discover why dolphins jump in this other article.

If you want to learn more about these amazing animals, do not miss the following article, where we describe some of the most interesting facts about dolphins.

If you want to read similar articles to Animals That Walk on Water - How Do They Do It?, we recommend you visit our Facts about the animal kingdom category.

References
Bibliography
Walking a Cat on a Leash - Is It a Good Idea?
Why Do Cats Hate Water?
How Do Dogs Sweat?
How Do Fish Sleep?
Related categories
Endangered animals
Most read
1.
What Animal am I According to my Zodiac Sign?
2.
10 Most Beautiful Animals in the World
3.
What Does It Mean When a Cat Shows Up at My Door
4.
The 10 Most Solitary Animals in the World
5.
Why do Dogs Get Stuck when Mating?
6.
My Female Dog In Heat Won’t Accept A Male - Causes
7.
How Many Types of Lions Are There?
8.
Animals With Scales - Full List
5 Funny Things that Cats Do
Why do Cats Run Away? - And How to Stop It
Birds That Do Not Fly - Flightless Birds
11 Sounds That Cats Make And What They Mean
Animals That Eat Snakes
Why Do Dogs Circle Before They Lay Down?
How Do Animals Communicate With Each Other?
Animals That Play Dead

Animals That Walk on Water - How Do They Do It? 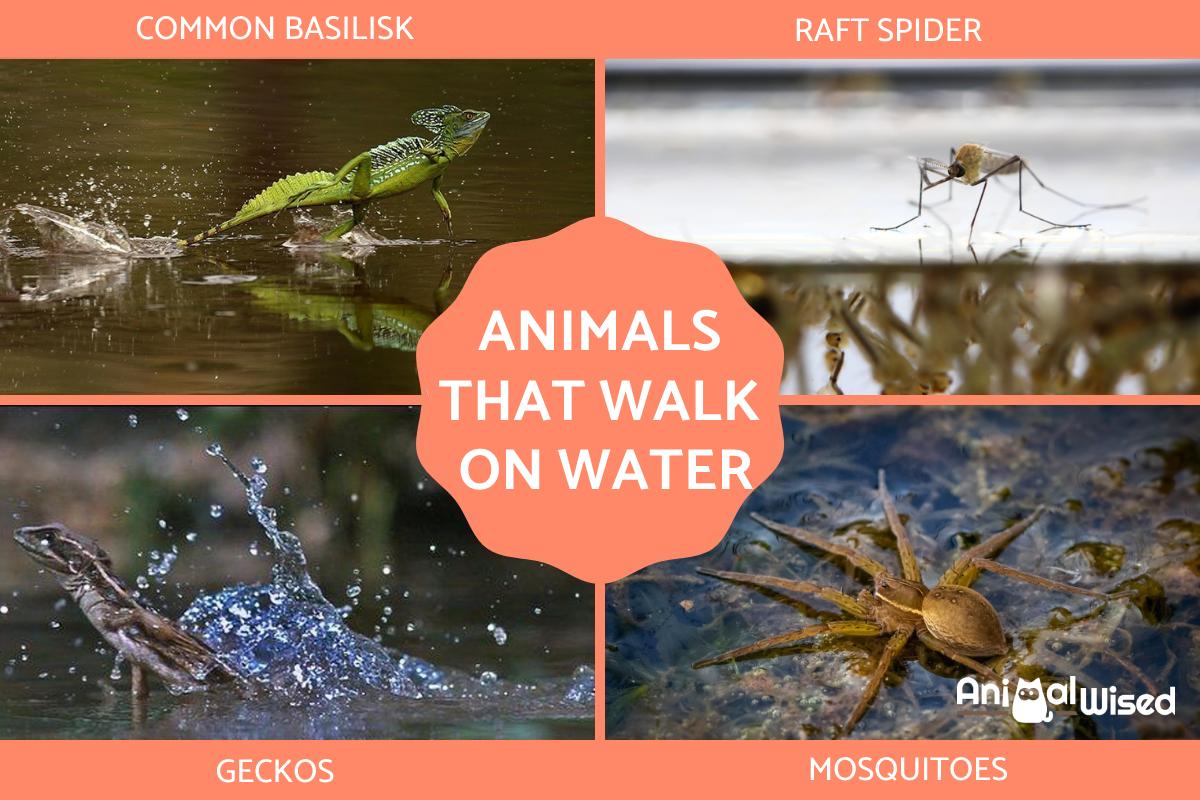 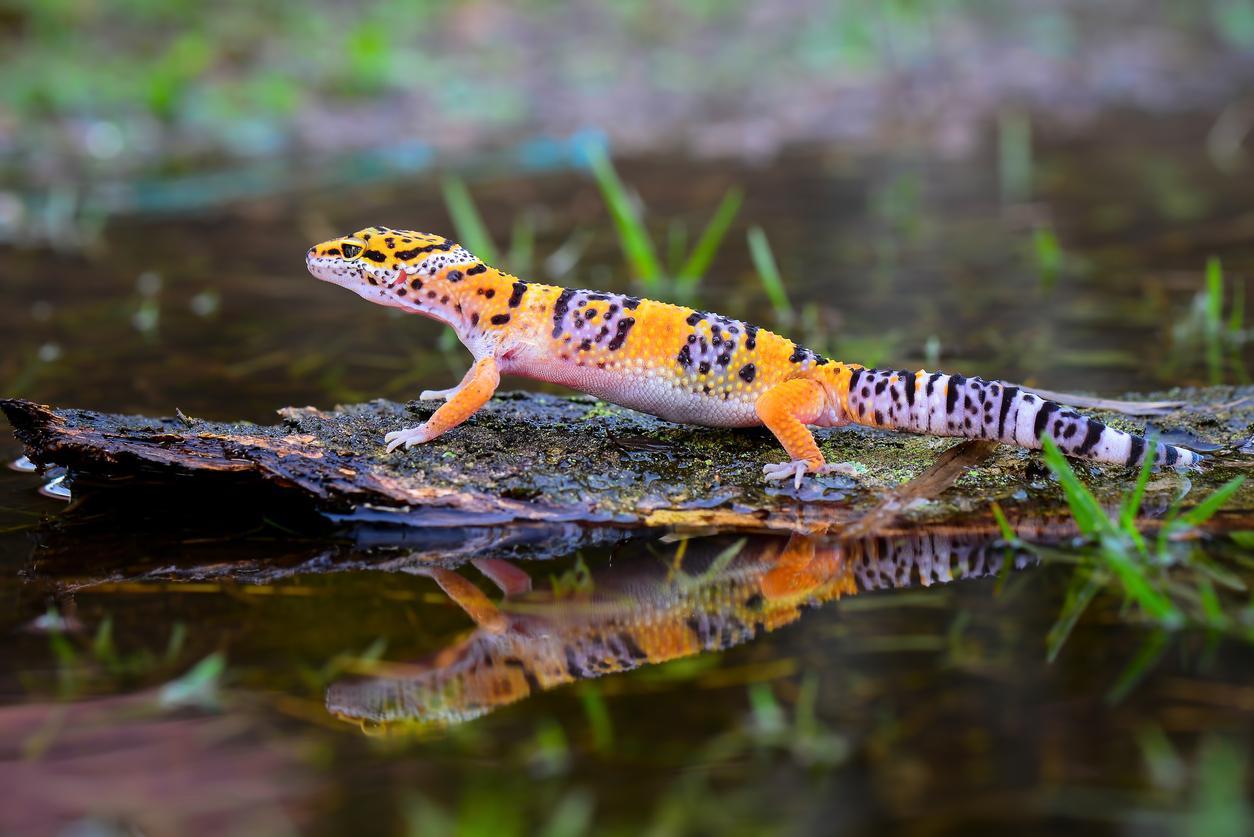 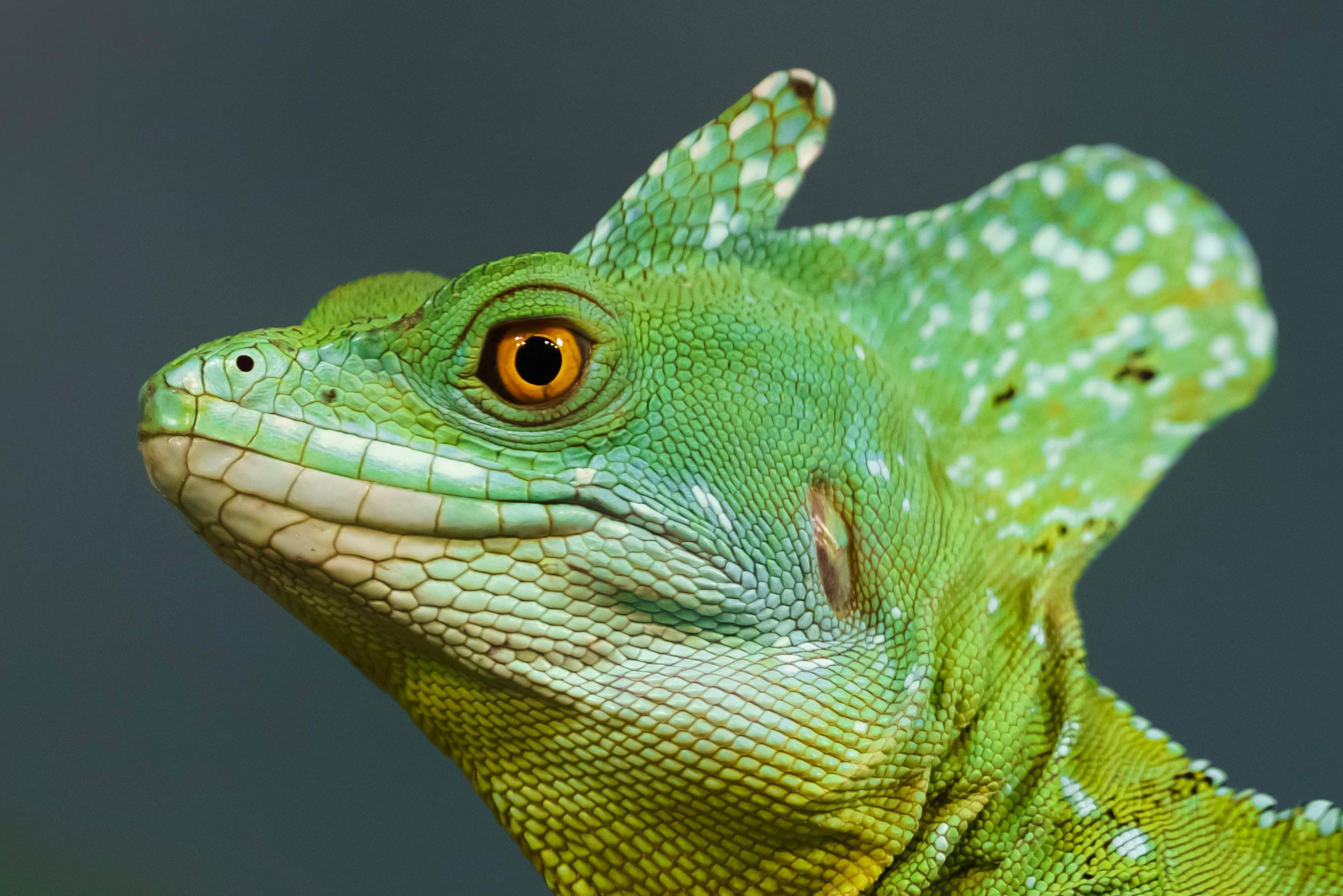 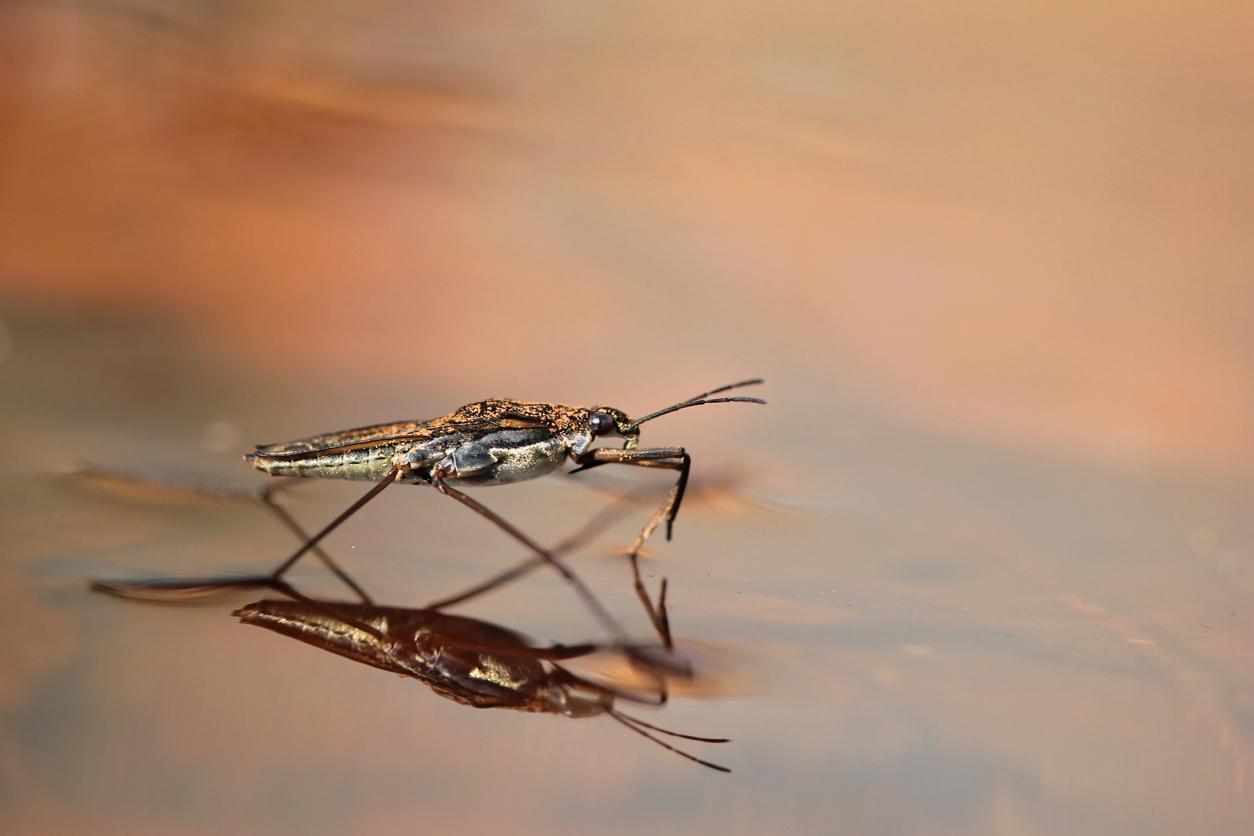 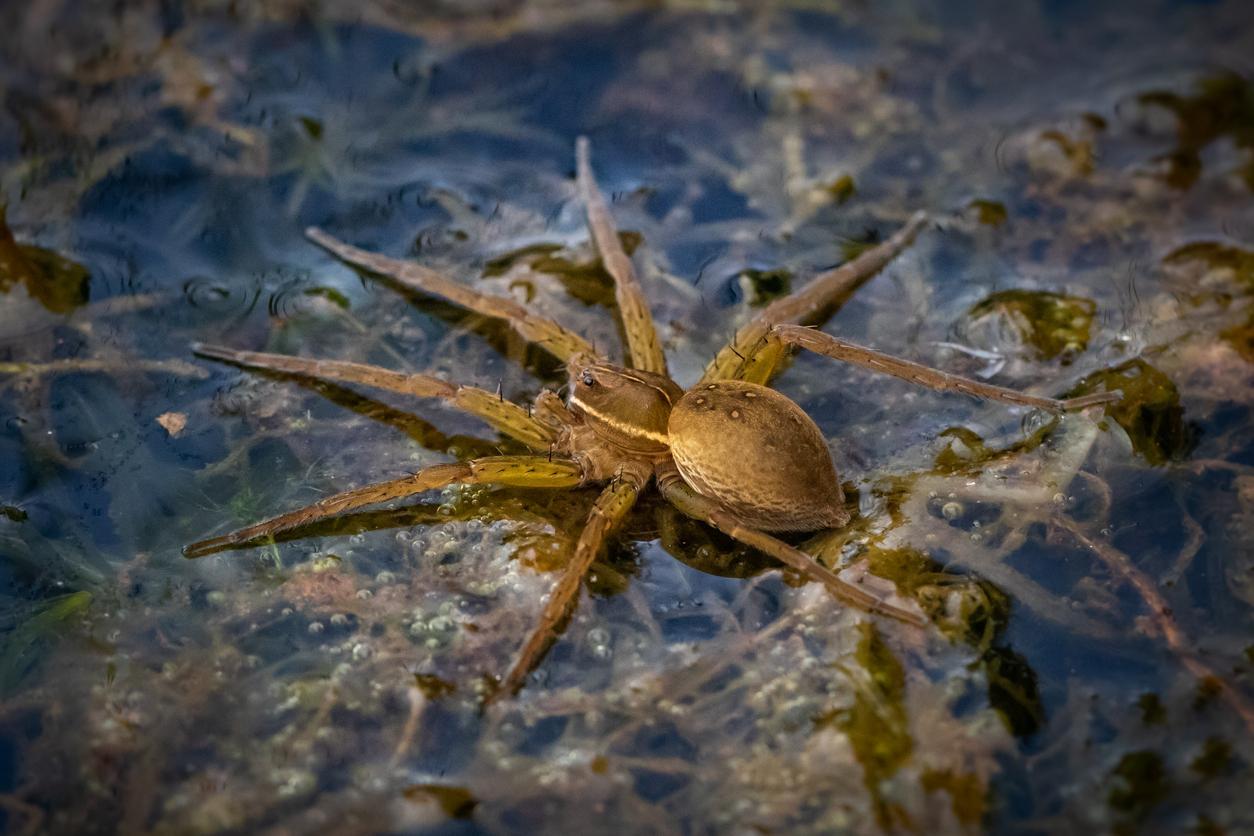 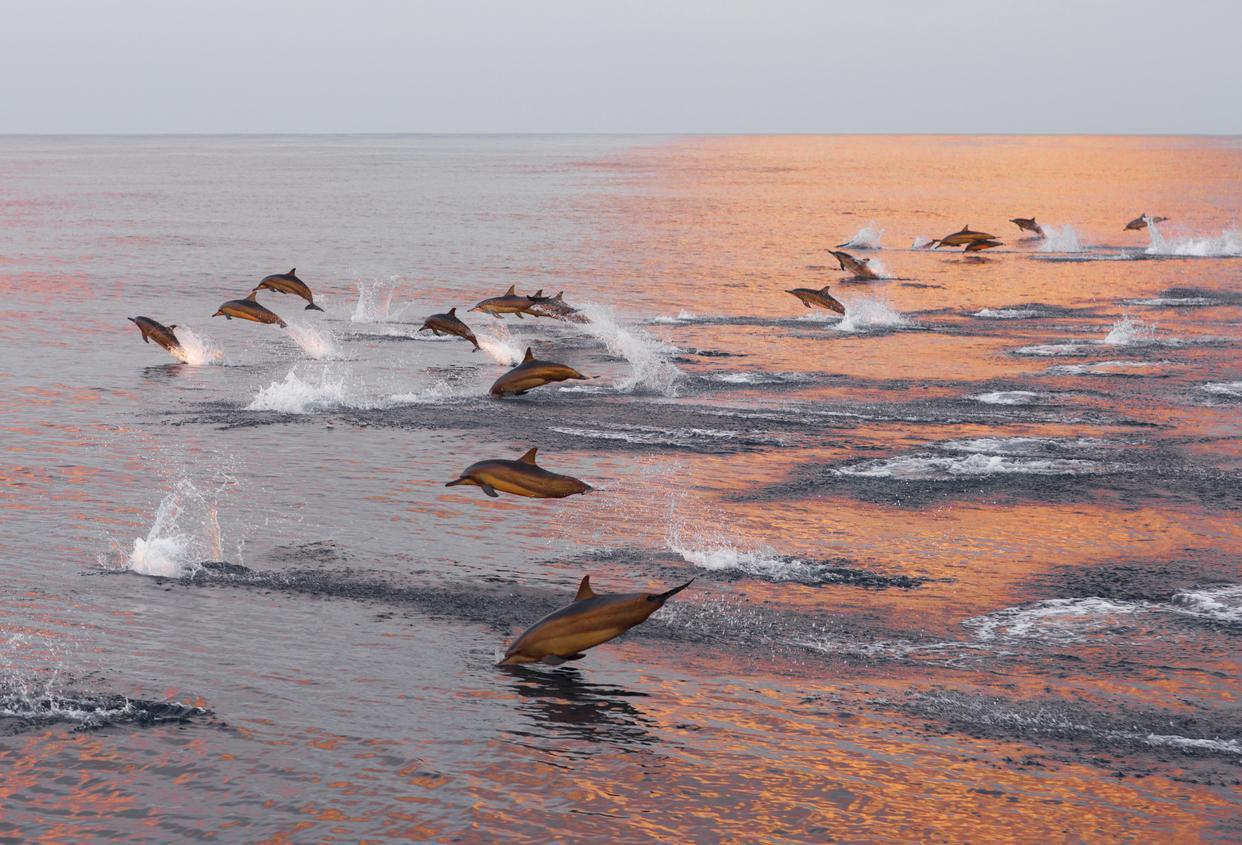