Cat Hunting Behavior - When and How Cats Hunt

Cats are supposed to be excellent hunters. The fact that various cats have been brought onto ships, into businesses and even into the Houses of Parliament in the UK shows they are valued for their hunting abilities. Like working dogs, these cats are used as mousers as their hunting instincts draw them towards rodent prey. Since these instincts are remnants of their wild ancestry, it is fair to question whether the process of domestication has had any effect on their hunting ability.

This is why AnimalWised looks into cat hunting behavior. We not only look at when cats start hunting, but also what factors influence their behavior and whether some cats may be better than others. We also look at myths regarding sterilization and reveal why they often make their prey into presents.

You may also be interested in: How Do Eagles Hunt? - Eagle Hunting Habits
Contents

At what age do cats start hunting?

If we have just adopted a kitten, we may be wondering at what age cats will start hunting. While cats are associated with hunting rodents, this is not the only animal species on which they predate. Prey species of domestic cat include:

Hunting is an instinctual behavior in all cat species, whether wild or domestic. For this reason, mother cats teach their kittens to kill.

They begin this process by familiarizing the kittens with prey animals. A bird or other small prey animal is taken back to the litter. At approximately 7 weeks of age, the mother will take back a prey animal and eat it in front of the litter. This exposure to prey animals is repeated, but they will also demonstrate hunting techniques on the animal.

The next phase involves the kittens themselves eating the prey. This helps to show the end purpose of hunting behavior. When they are a little more grown, the mother will take home live or half-dead prey and kill them in front of the young. Finally, when they are ready, the kittens will accompany their mother on a hunt and begin hunting themselves.

Seeing other cats, even if they are not their own mother, can help cats to develop their hunting ability. They will even practice pouncing and other hunting techniques on their siblings. After about 6 months, the younger cats will be able to hunt on their own. This would be the usual course of learning in wild or feral cats. However, we need to note the difference when cats have been domesticated.

Are all cats hunters?

Domestic cats are fed by their mother's milk, but when the weaning stage is begun, their food is usually provided by human caregivers. Mother cats, which have themselves been domesticated, may not see developing hunting skills as important as wild or feral cats. Kittens raised domestically may have some hunting instinct, but are unable to properly develop these skills. This is why many domestic cats may not be able to properly kill prey or they don't eat it when they do kill.

In cat litters where kittens are not properly exposed to prey, efficiency in hunting will decrease between 6 and 12 weeks of age. For this reason the ability of a cat to hunt will vary. Some of them may be more adept, others may hunt, but not kill and others still won't show much interest in hunting at all. Also, due to socialization with other companion animals such as rabbits and hamsters, it is possible they may not see these animals as prey.

Another factor is the fact that many cats will be indoor pets. This means they do not go outside to exercise their hunting abilities. Since they have all of their food provided by human companions, they also have a reduced prey drive. They may still hunt animals which get inside the house such as geckos or cockroaches.

Many people believe the myth that sterilized cats, whether castrated males or spayed females, do not have the drive to hunt. They believe the surgery stops all hunting behavior. This is possibly linked to the fact that this process can affect hormone levels in the animals. However, a cat's hunting instinct derives from many factors and hormones do not necessarily play a big part. This is why sterilized cats do still hunt.

Several studies have been carried out to show sterilized cats still hunt. The sterilization is thought to have some effect on the cat's range of hunting territory[1], but they will still need to eat. Sterilization does not decrease feeding activity and may increase longevity meaning they will kill more over a longer lifetime[2].

How do cats hunt?

Just because a cat has enough food at home, does not mean they will not sill exercise hunting behavior. If they live on a farm or any place where prey animals may be abundant, they may hunt for exercise and because it piques their natural instincts. Their success and skill may be variable, but it does not mean they still won't try.

A skilled feline hunter, however, will have certain skills. If you wonder where your cat goes all day when you are at work, it is possible they are out hunting: Cats will search their home area for hunting opportunities. The hunting process usually follows a similar pattern:

Stalking is a very important aspect of cat hunting behavior. They slowly approach the prey and keep their body low to the ground. They may use part of their environment such as long grass or borders to hide when approaching. With eye fixed on the prey, the cat will eventually pounce and make their attempt to kill. They are not always successful, but they will try again if possible or look for other prey.

Like large wild cats, domestic cats will use their natural abilities to hunt. Part of this behavior is using their claws to catch the prey and then bite with their teeth to make the kill.

Mice are ideal prey for cats thanks to their size and abundance, especially in previous era. For this reason, they have specialized a lot in rodent hunting, but this does not mean that they discard other prey. Cats are also capable of hunting birds, even those of a considerable size such as pigeons or thrush. Although it is widely believed cats hate water, they will try to get fish if possible. This is one reason netting is often essential for outdoor coy ponds.

Do cats only hunt when they are hungry?

Cats will not only eat when they are hungry. They may want to exercise their hunting skills. For this reason, they may hunt prey such as a mice, but not kill them. However, if they have reason to believe food will become scarce, they are more likely to hunt for food. For example, if a neglectful cat guardian does not feed them for a couple of days, the cat may hunt for food. They may even keep prey as a food store as they fear they will be unable to get more.

If a cat does not kill their prey, you may see them playing with them, batting them around or throwing them in the air. This most often occurs in well-fed cats which have plenty of access to food. It is wrong to think of this behavior as cruel. The cat is simply following their natural instincts and,l since they may not hunt often, they are enjoying the thrill of the game.

Since the hunting instinct is essentially independent of hunger, it is not true that they will only hunt if you stop giving them food. However, if you have a pest problem and want to encourage cat hunting behavior, withholding food can be problematic. It can increase the size of area they roam which can make them vulnerable to certain environmental dangers. In fact, feeding the cat will keep them closer to home and they are more likely to hunt pests there.

Why do cats bring home mice?

If you have every woken up to a dead mouse (or live cockroach) in the bed, then it's easy to forget the cat's intentions are good. If a cat does not kill and eat the prey, it means they are not hungry and are killing for sport. However, the cat bringing you prey is possibly a gift for you. Since the cat considers you family, then it is normal for them to want to share with you.

This behavior does raise some questions. They may think that since they don't see you hunting animals, they may not consider you good hunters. Some people believe this is the cat trying to teach you how to hunt. This may be the case in particular with adult female cats. It does not necessarily explain why male cats will do the same. This is why it is impossible to know exactly why a cat brings you a gift of prey. We do not it is likely to do with the close bond they share with you.

Despite the cat's good intentions, you may want to prevent this behavior. To do this, there are two main options:

Even with these preventives in place, the cat's hunting instinct may be still be strong. Indoor cats may exercise hunting behavior by stalking smaller prey such as insects. Even small flies might be enough to encourage the cat.

If you want to read similar articles to Cat Hunting Behavior - When and How Cats Hunt, we recommend you visit our Facts about the animal kingdom category.

Bibliography
Shoebill - Physical Characteristics and Behaviors, Habitat and Diet
When is a Cat an Adult and When do They Stop Growing?
Why do Cats Run Away? - And How to Stop It
Do Cats Come Back When They Run Away?
Related categories
Endangered animals
Most read
1.
What Animal am I According to my Zodiac Sign?
2.
10 Most Beautiful Animals in the World
3.
What Does It Mean When a Cat Shows Up at My Door
4.
Top 10 Smells Dogs Hate
5.
The 10 Most Solitary Animals in the World
6.
Why do Dogs Get Stuck when Mating?
7.
My Female Dog In Heat Won’t Accept A Male - Causes
8.
How Many Types of Lions Are There?
How to Know if My Cats are Fighting or Playing?
Why Does My Cat Bite When I Pet Them?
My Cat Is Eating Flies - Is It OK?
Cat Traits and Abilities You May Not Know
Types of Felines - Characteristics and Examples
How Do Hyenas Reproduce?
How to Tell a Cat's Age
Why Do Cats Bring Dead Animals Home?

Cat Hunting Behavior - When and How Cats Hunt 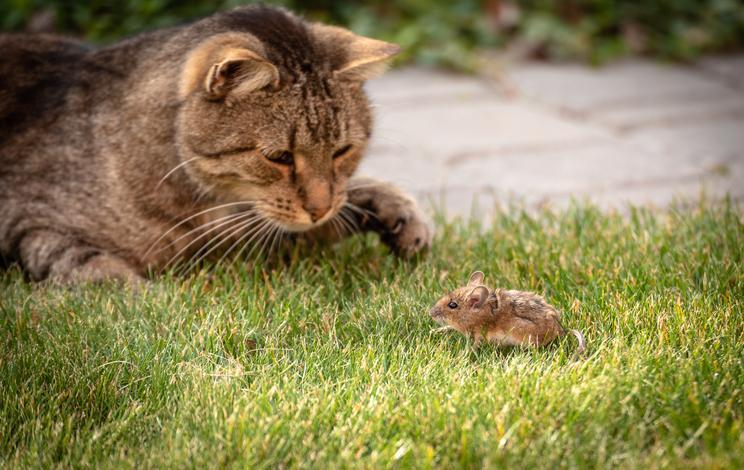 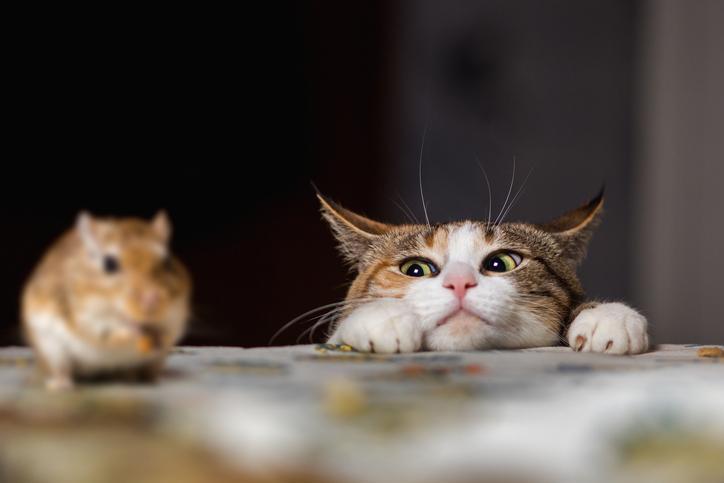 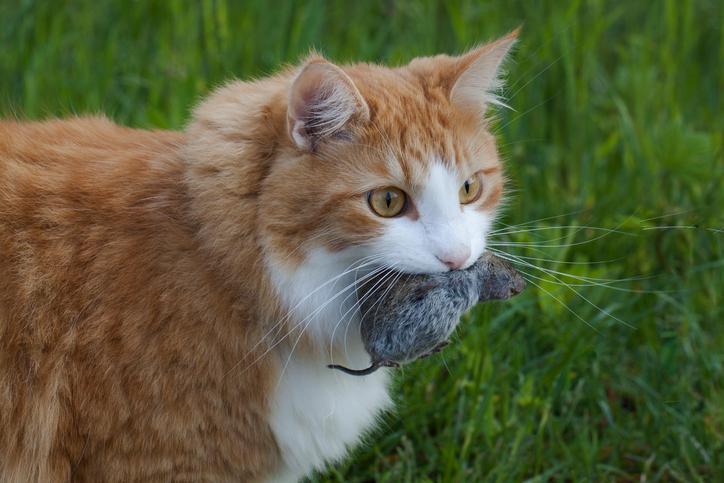 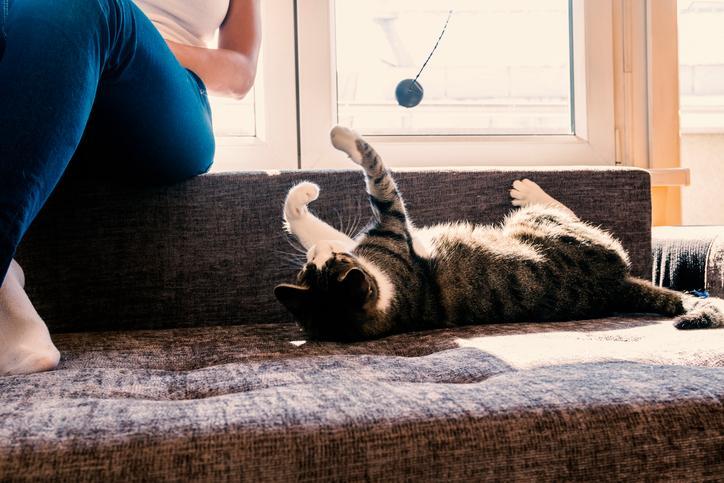