Are Lizards in Your House Dangerous?

By Nick A. Romero, Biologist and environmental educator. March 23, 2021

In this AnimalWised article, we want to address a common doubt about animals which can enter our home. While we may see rats, mice and insects as nuisance pests, lizards can often be more welcome guests into our home. Unless you have a particular fear of lizards, they often seem to be more docile and we don't associate them as being vectors of disease in the same way as other house guests. However, unless we have much knowledge of lizards and other reptiles, we might not be in the best place to know whether a house lizard is dangerous.

We answer the question are lizards in your house dangerous? We look at what we need to consider when approaching these animals and what we can do to ensure both the lizard and ourselves are safe.

You may also be interested in: How to Get Rid of Lizards From the House
Contents

Is the lizard in my house dangerous?

The first thing we need to consider whether a lizard that comes into our house is dangerous is to take geography into account. While it is possible an exotic lizard has become free and entered our home, the more likely scenario is that it is a native lizard. Whether a native lizard is dangerous will depend on where we live.

For example, one of the world's most dangerous lizards is the Komodo dragon or Komodo monitor lizard. This also happens to be one of the world's largest lizards which is native to Indonesia. If you have one of these lizards enter your home, then you would be remiss not to think it might be dangerous.

However, if you live in Ireland, you should know that there are famously no snakes. However, you may be surprised to know there are some lizard species. These lizards do not reach the size of the famous Komodo dragon, but maybe the shock will make you wonder if they are dangerous.

All this is to say that whether a lizard in the home is dangerous will depend on the type of lizard. Some of these are endemic species which only live in a particular area outside of captivity, others may be present in various countries and regions. In the vast majority of cases, you won't be in any immediate danger.

The range of lizard species is vast. We can find very small lizards such as geckos and chameleons, but there are also large beasts like the aforementioned Komodo dragon. How dangerous is a lizard's bite will be depends, in part, on the size of their teeth. If you have a large lizard enter your home, then we might assume their bite will be worse than that of a smaller one.

In general, lizards which enter your home will not bite you unless they have reason to. This reason is not because they want you for food, but because they may feel threatened. When we see a lizard come into our home, we may worry they will cause us harm. If this is the case, then we might try to get rid of them by looking threatening. This perceived threat is likely the reason they might bite us.

A small lizard bite will not likely do much harm in most cases. People with pet iguanas may have experienced being bitten if they get too close to the animal, but the damage is not usually worse than a small cut. However, we always need to be careful with infection from any wound.

Komodo dragan bites can be very dangerous. These large lizards can tear apart a lot of flesh from a human. However, a mobile adult should be able to evade them if they don't get too close and the chances of the Komodo dragon entering a home are slim to none.

In fact, there are many species of lizard you can have as a pet in the house. Some are much better suited than others, something we consider in our article on whether it is a bad idea to keep chameleons as pets.

The vast majority of lizards are not venomous. In fact, the number of venomous lizard species is very limited. If a lizard does have the ability to produce venom, it is usually large in size and does not live in urban environments, which means that the lizards that we can find at home are not likely to be poisonous.

What are poisonous lizards?

Various studies have identified that the poisonous species of lizards are within the genus Heloderma, such as Heloderma suspectum, known as the Gila Monster, which lives in northern Mexico and the southwestern United States. However, it is a very slow-moving animal and is not aggressive. For this reason it does not pose a significant threat to humans.

Another poisonous species of this genus is Heloderma Horridum, also known as the Mexican bearded lizard. This is also typical of areas in Mexico, the United States and Guatemala.

It was long thought that the species Varanus Komodoensis, the famous Komodo Dragon, was not venomous. When they bit prey, it was believed bacteria in the mouth caused rapid infection and eventually generating septicemia. However, more recent studies have reported that the Komodo Dragon is a poisonous species capable of inoculating its prey with a toxic substance.

In this sense, there are species of poisonous lizards, but they are few and are generally found in non-urban spaces and are large, unlike house lizards.

What happens if we see a lizard in our house?

Some lizards have a certain attraction for living in our houses because they have the right conditions to live. This is both because of the hidden spaces where they take refuge and because of food sources available. If you don't want to have lizards at home, here are some recommendations that you could follow:

If you are still unsure whether house lizards are dangerous, you should know they are not. Only the minority of cases is there a risk of attack and this will depend greatly on geography. In most cases, they may actually be a welcome guest in the home.

If you want to read similar articles to Are Lizards in Your House Dangerous?, we recommend you visit our Facts about the animal kingdom category.

Bibliography
Are Blue Bottle Flies Dangerous?
Are Christmas Ornaments Dangerous for Pets?
Are Rottweilers Dangerous Dogs?
The Most Dangerous Snakes in India
Related categories
Endangered animals
Most read
1.
What Animal am I According to my Zodiac Sign?
2.
10 Most Beautiful Animals in the World
3.
What Does It Mean When a Cat Shows Up at My Door
4.
The 10 Most Solitary Animals in the World
5.
Why do Dogs Get Stuck when Mating?
6.
My Female Dog In Heat Won’t Accept A Male - Causes
7.
How Many Types of Lions Are There?
8.
Animals With Scales - Full List
Are Pit Bulls Dangerous?
Are Boxer Dogs Dangerous?
Are Bats Dangerous to Humans or Pets?
Venomous Lizards List - With Photos
Are There Venomous Snakes in the UK?
The 10 Most Dangerous Animals in California
Are Akita Inus Dangerous Dogs?
Are Komodo Dragons Venomous?

Are Lizards in Your House Dangerous? 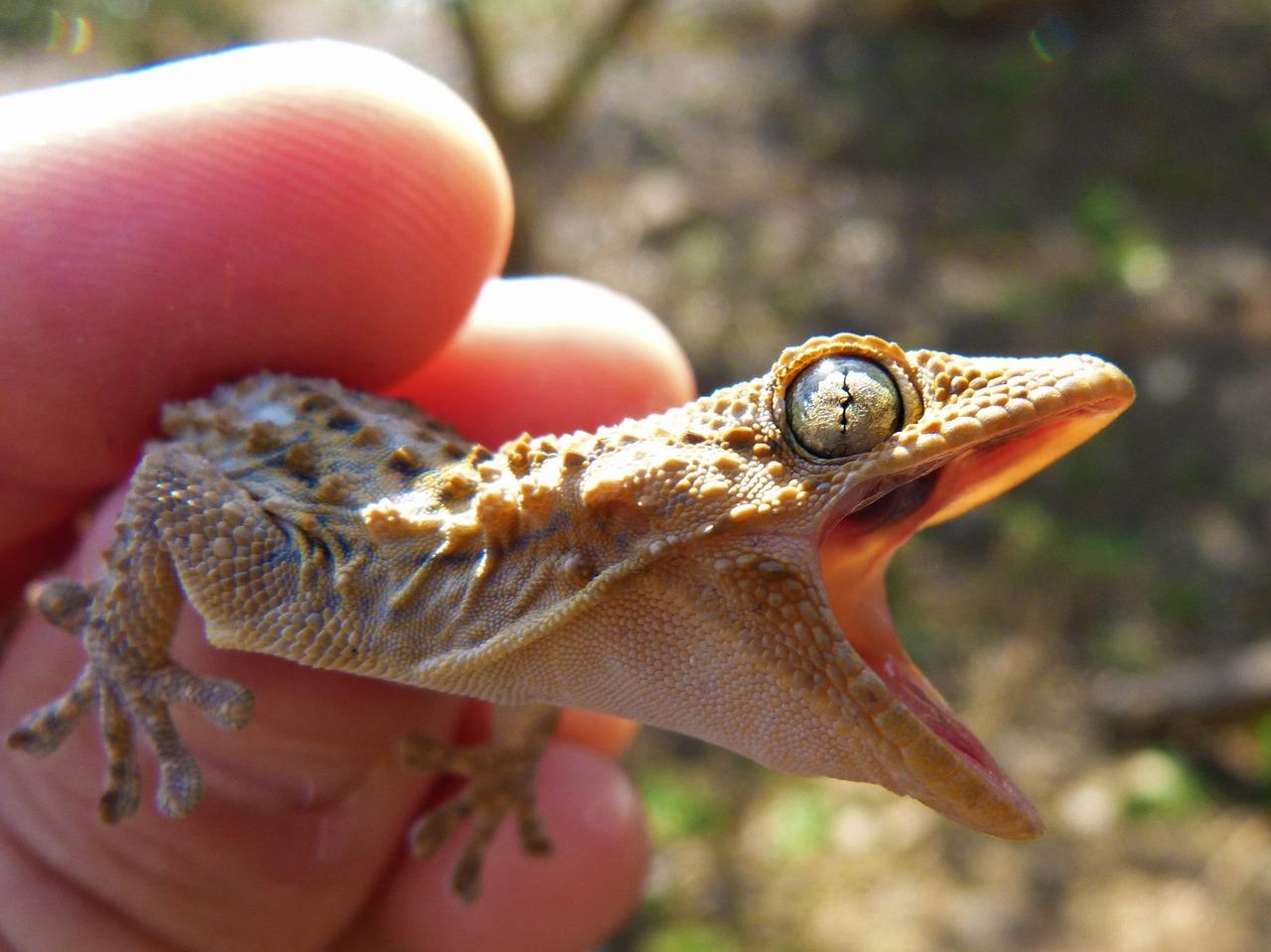 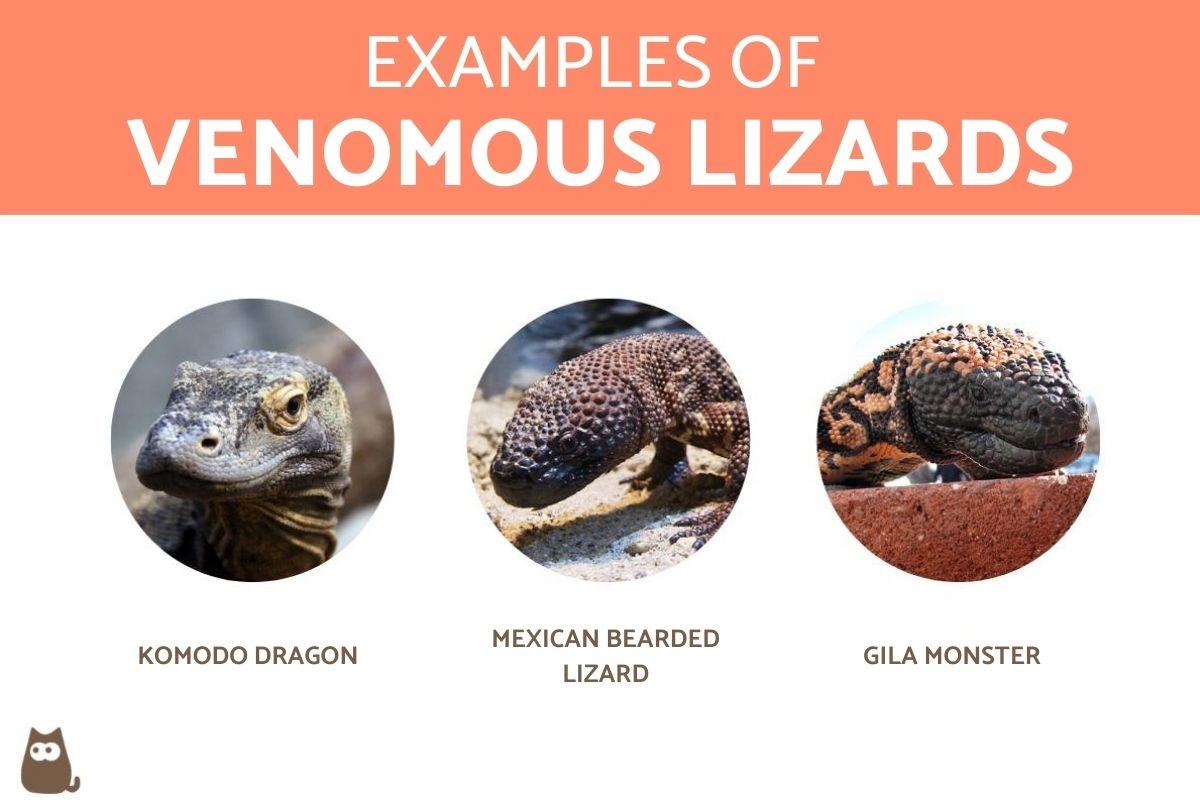 1 of 2
Are Lizards in Your House Dangerous?
Back to top