Are There Male Calico Cats?

Calico cats are appropriately named. Calico is a material which is easy to produce, but is also able to be dyed in many different colors for printing and clothing. Calico cats are a common variety which take different colors from their ancestors and combined them in a three colored coat. This can make for some of the most beautiful, if often erratic, combination colors of cat fur. These colors can present as patches, but tabby patterns such as stripes and swirls can also be part of their look.

Calico cats, however, are not a breed in and of themselves. In fact, these tricolor markings are found on a whole range of different breeds. You may have heard people point out all calico cats are female, but this isn't quite true. AnimalWised answers the question ‘are there male calico cats?’ so we can delve more deeply into these fascinatingly marked critters.

You may also be interested in: Why Are Calico and Tortoiseshell Cats Female?
Contents

Difference between a calico cat and a tortoiseshell cat

The difference between a calico cat and a tortoiseshell cat is very slim. The genetic reasons behind their coloration is relatively similar, but the main variation is the white on a calico cat. Just as calico material is blank, calico cats are usually predominantly white. The patches and spots of color are often sparse and appear in sections on the feline's coat. However, some can have larger patches which cover more body area than the white fur.

If a calico cat gives birth to a litter, it doesn't mean their offspring will also be calico patterned. They can give birth to cats of solid color, have calico kittens with different patterns or have some combination of any. What is almost completely certain is that a calico patterned cat from a calico mother will not have the exact same pattern. The genetic probability for this to happen is so unlikely, it is practically impossible.

There are some breeds which allow for calico patterns more than others and they include:

The orange and black colors give these cats a beautiful tricolor coat when mixed with white. They are thought to have particular temperaments, but this is hard to argue as their temperament is more to do with their breed and upbringing. As we said before, a calico cat is not an actual breed, but a patterning which exists on different breeds. What we do know is that over 99% of all calico cats are female, but how come?

Genetics of a calico cat

If the overwhelming majority of calico cats are female, this must mean a very small minority are male. To answer the article question, there are indeed male calico cats. But why are there so few? The answer is in the genes.

All cells in the body of a cat will have two chromosomes, one which is dominant and one which is recessive. The gene which controls the color of the cat's body is in one of these genes. If the dominant chromosome is the one with, for example, black pigmentation, then the cat will be black. All the different cells in the body will lead to the color of the cat, but only in the area where those cells operate. This is how there come to be patches of color on a cat's coat. A male cat can have dominant black color in one area and dominant white in another, leading to patches of color. One of these patches, however, cannot be orange.

The lack of orange is because, if you are a female cat, you will have two X chromosomes. Having two X chromosomes which are active in the cell of a cat can be potentially dangerous. This is why female cat cells go through a process of ‘X inactivation’, also known as lyonization. This is when one of the X chromosomes is deactivated and the determining genes are found in the other.

Since the color of the cat is determined by the X chromosome, males will only have one dominant color. Females, however, have two c chromosomes which offers the possibility to have two colors at the same time. This is what leads to tortoiseshell cats, i.e. black and ginger cats. The white color doesn't come from piebalding, where the X chromosome has a dominant gene which produces no pigment at all. So a tricolored calico cat is almost always a female because it needs two X chromosomes to create the different colors, but some of these chromosomes might also be those with no pigmentation.

The only way a male cat can be a calico cat is if it has an extra X chromosome. If this is the case, then it is because of a genetic anomaly and will lead to a particular syndrome. Male cats with XXY chromosomes will likely have something called Klinefelter syndrome and, with only the very rarest of exceptions, will be sterile.

Why are calico cats so special?

There are two reasons why calico cats are special. Firstly, they are a genetic wonder. The above process is a complicated one which leads to these wonderful quirks of nature. Secondly, calico cats have a storied history. Their often incredibly coloration have made them noticeable in many different cultures. These cultures have sometimes ascribed certain characteristics which, while maybe not quite true, add something to their legacy. These include:

If you want to read similar articles to Are There Male Calico Cats?, we recommend you visit our Facts about the animal kingdom category.

How Many Types of Lions Are There?
How Many Types of Bears Are There?
Are There Venomous Spiders in the UK?
Are There Venomous Snakes in the UK?
Related categories
Endangered animals
Most read
1.
What Animal am I According to my Zodiac Sign?
2.
What Does It Mean When a Cat Shows Up at My Door
3.
10 Most Beautiful Animals in the World
4.
The 10 Most Solitary Animals in the World
5.
Why do Dogs Get Stuck when Mating?
6.
Animals With Scales - Full List
7.
My Female Dog In Heat Won’t Accept A Male - Causes
8.
How Many Types of Lions Are There?
What Breed Is a Tortoiseshell Cat?
Are There Animals That Don't Sleep?
What Does a Cat's Color Say about its Personality?
What Are Oviparous Animals?
What Are Abyssal Fish?
Why are Goldfish Aggressive?
Why Are Hippos Dangerous? Hippopotamus Attacks
How Are Ants Born? 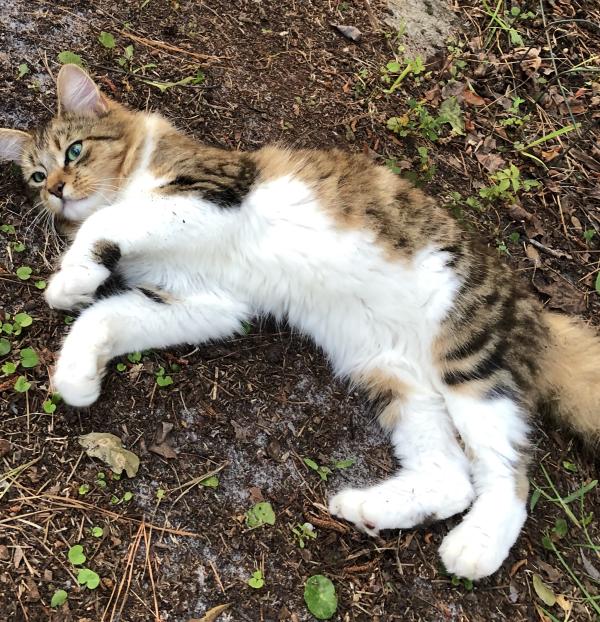 I have taken in an abandoned cat and discovered it is definitely a male. Since it has 3 colors, I thought it was a female. Wrong! Would this be a calico or a calico tabby cat?

You are raising a very good point! This cat does have three colors on their fur, but they may not be a true calico. Rather, they look like a tabby with a white underbelly. The pattern is not as erratic as calico cats are. However, it is a little bit of a grey area. As the article states, male calico cats do exist. Unfortunately, they also often have health issues and are sterile. We recommend you take them to the vet for a check up. 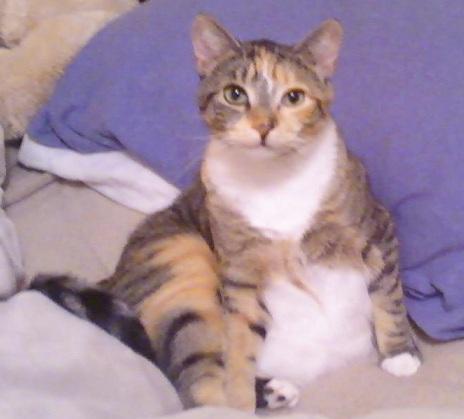 Here is our male calico "Qyle". Beautiful and sweet!! :)

He certainly looks sweet and how rare! As we state in the article, male calicoes are not common, so we are sure he must be very special for you.
Paul
18/05/2018
Yes there are I have one named george his mom was calico his dad was a orange tabby there's only one large orange mark on his butt but my vet says he',s a calico

As we say in the article, there are the rarest exceptions, but generally they are a genetic anomaly. We suppose this makes George extra special. Does he have any other interesting features you could share? We'd love to see a picture.
Are There Male Calico Cats? 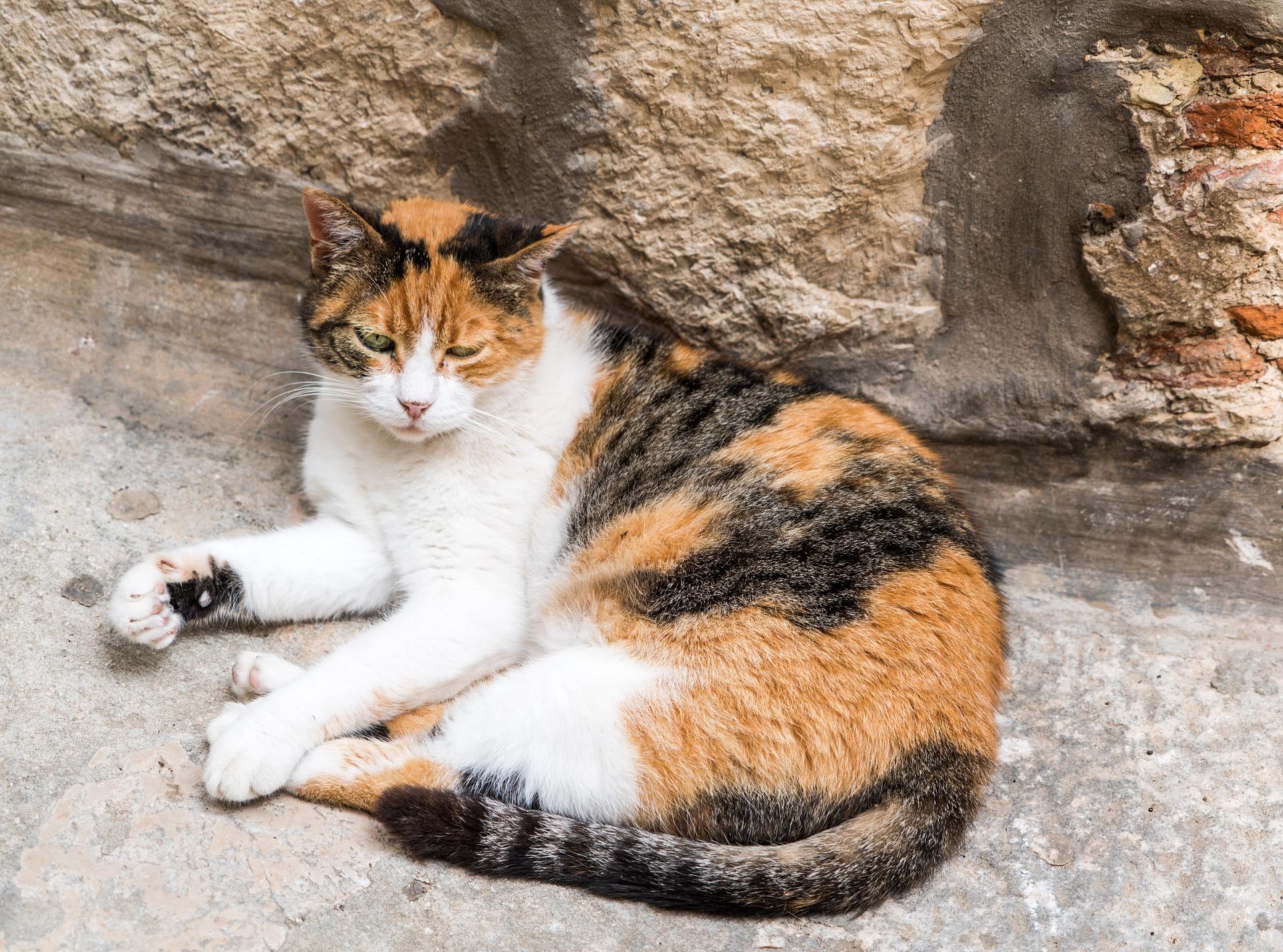 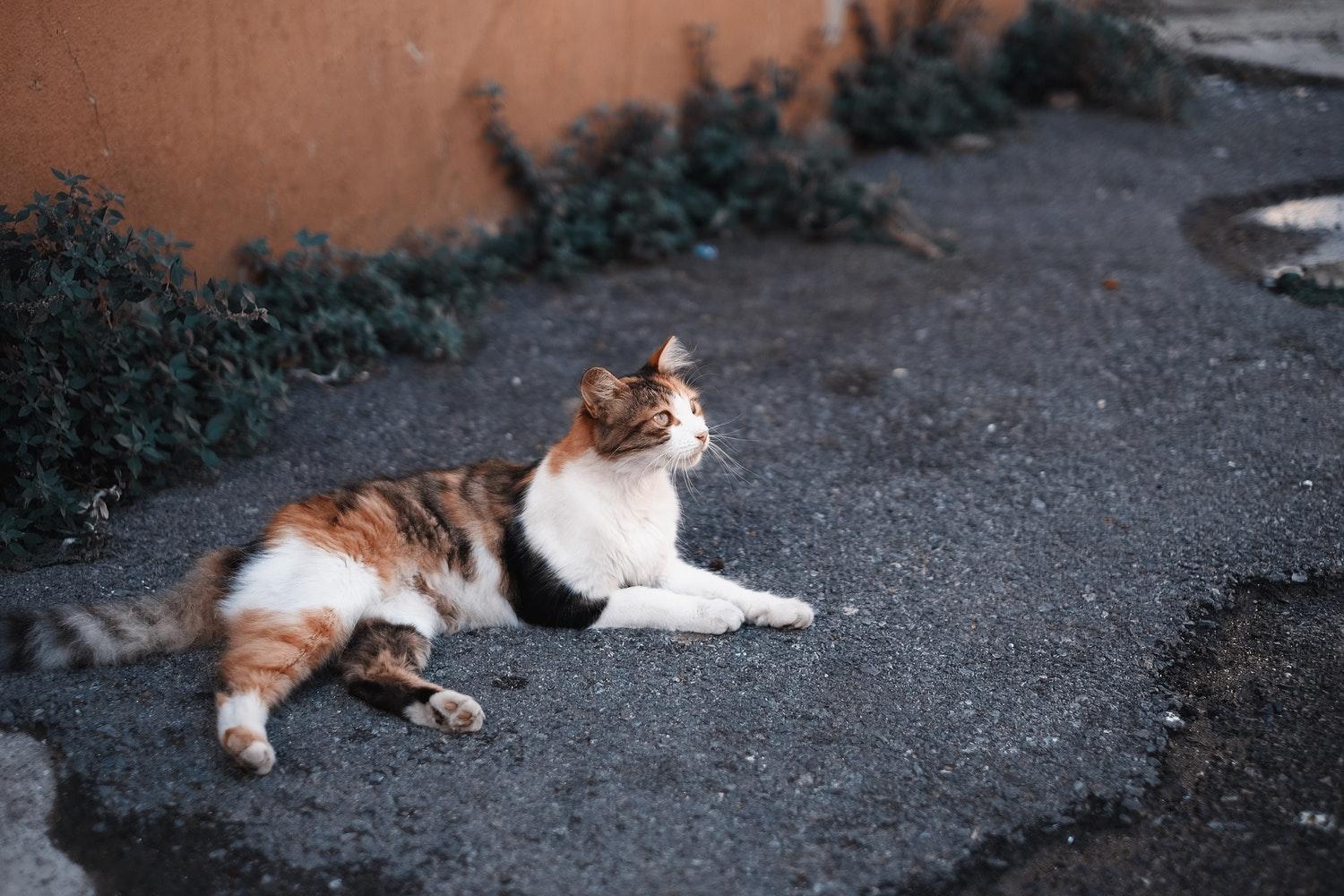 1 of 2
Are There Male Calico Cats?
Back to top