How Many Types of Lions Are There?

The lion is at the top of the food chain. Its imposing size, strength and roar make it a difficullt opponent to overcome within the ecosystem. Despite this, however, there are still some lives in danger of extinction and/or that have died of entirely.

Are you looking for a full list of types of lion? If so, you´ve come to the right place! Keep reading here at AnimalWised to discover how many types of lions are there, including lion characteristics and pictures.

You may also be interested in: How Many Types of Bears Are There?
Contents

At present, there is one type of surviving lion (Panthera leo), from which 7 lion subspecies derive. Some lion species became extinct thousands of years ago, while others have disappeared as a result of humans. Additionally, it is important to know that all surviving lion species are in fact in danger of extinction.

This number, however, corresponds to lions belonging to the cat family, but did you know that there are also types of sea lions? As for this marine animal, there are 7 genera of sea lions made up of several species.

Now that you know how many types of lions there are in the world, keep reading to find out more about each.

Before we begin with this complete list of lion species and their characteristic, let´s take a look at the root. The panthera leo is the species from which all lion subspecies descend. The Red List of the International Union for the Conservation of Nature (IUCN) only recognizes this species, and the Panthera leo persica and Panthera leo leo as the only subspecies. However, other taxonomic lists, such as ITIS, identify more varieties.

Where do lions live? - Lion habitat

Lions live in herds and inhabit the grasslands, savannas and jungles of Africa. These herds are generally composed of one or two males and several female lions. Lions live an average of 7 years and are considered "kings of the jungle" due to its unmatchable hunting capacity. Lions are carnivorous animals that feed on antelopes, zebras, etc., Female lions are responsible for hunting and keeping the herd well fed.

Another of the most common lion characteristics are their marked sexual dimorphism. Males tend to be larger than females and have abundant manes, not present on females.

The lion subspecies that currently exist and are recognized by the various official organizations include:

For more, you may be interested in reading our article where we discuss cat hybrids.

Keep reading to discover these types of lions characteristics.

Among the types of lions and their characteristics we have the Kantaga lion, also referred to as the Southwest (Panthera leo bleyenberghi). This large lion subspecies is capable of reaching up to 280 kilograms in weight.

As for its appearance, the Kantaga lion stands out for its characteristic sand colored thick and imposing mane. The outermost area of the mane can appear in a combination of light brown, coffee-colored.

The Congo lion (Panthera leo azandica), also known as the central African lion, is a lion subspecies distributed along the plains of the African continent, especially in Uganda and the Republic of the Congo.

The Congo lion is characterized by a measurement of between 2 meters and 50 centimeters and/or 2 meters 80 centimeters. In addition, this lion subspecies can weigh between 150 and 190 kilos. Male congo lions are recognizable by their dark characteristic mane, less leafy than other lion varieties. Its fur color can range between sand and dark brown.

The Panthera leo krugeri, more commonly referred to as the Transvaal lion, is from South Africa. This African lion is a variety from the southern part of Africa, and is considered the sister lion to the Katanga lion. Male Transvaal lion species can reach up to 2 meters and 50 centimeters in length.

Although they have the typical sand color in the fur, there are rare white lions from this variety. The white lion is a mutation of the krugeri, and the white fur appears as a result of a recessive gene. Despite their noticeable beauty, the white lion is vulnerable in the wild, especially because its light color is difficult to camouflage in the savanna.

The Barbary lion (Panthera leo leo), is a subspecies that became extinct around 1942. There are, however, some specimens that can be found in zoos, such as those found in Rabat (Morocco). However, crossing with other lion subspecies complicates the task of raising pure Barbary lion individuals.

According to records, this subspecies would be one of the largest, characterized by a large and lush mane. They live in both the Savannah and African jungles.

Another of the types of lions that still exist is Panthera leo nubica, also recognized as the East African lion. Its body weight ranges between an average of the lion species, that is, between 150 and 200 kilos. The male of this subspecies has an abundant and darker mane than other lion subspecies.

The Asiatic lion (Panthera leo persica) is native to India, although today it can be found in zoos and reserves in various parts of the world.

This variety is smaller than other types of lions and has a lighter coat, with reddish mane in males. The Asiatic lion is currently among the types of lion in danger of extinction, mainly due to the reduction of their habitat, poaching and rivalry with inhabitants of their environment.

Last on our list of types of lions is the West African lion, also known as the Panthera leo senegalensis or lion of West Africa. This lion subspecies lives in packs and measures about 3 meters, including its tail.

This variety is in danger of extinction due to poaching and the city expansion, decreasing the amount of prey available.

All types of lions are considered vulnerable in danger of extinction. Over the years, populations in the wild have declined and births in captivity are scarce.

Why are lions endangered?

The most common threats to lions and lion subspecies include:

Keep reading to discover our complete list of extinct and endangered lion species:

Unfortunately, several species of lions have ceased to exist for various reasons, most due to human intervention. The types of extinct lion species include:

Panthera leo melanochaitus, referred to more commonly as the Black lion or cape lion, is a subspecies that was declared extinct in 1860. Before disappearing completely, this lion species inhabited the southwest of South Africa. Little is known about this lion species expect that they weighed between 150 and 250 kilos and lived alone, contrary to common lion packs today.

The males had a black mane, hence their name. The black lion disappeared from the African continent during English colonization, as a result of human attacks. Despite its extinction, lions in the Kalahari region are considered to have a genetic load from the black lion species.

Panthera leo spelaea, also referred to as the Eurasian cave lion, was a species that was found in the Iberian Peninsula, England and Alaska. This lion subspecies inhabited the Earth during the Pleistocene, 2.60 million years ago. Evidence of its existence lies in cave paintings from 30,000 years ago and fossils.

In general, its characteristics were similar to those of the current lion: between 2.5 and 3 meters long, and 200 kilos in weight.

The primitive cave lion (Panthera leo fossilis) is another type of lion that became extinct during the Pleistocene. This lion species used to reach up to 2.50 meters long and lived in Europe. It is part of the oldest extinct feline fossils found in the world.

Panthera leo atrox, also known as the American lion, was distributed throughout North America. Many believe this occured when it arrived through the Bering Strait before the continental drift occurred. Additionally, records imply that the American lion may have been the largest lion species in history, having measured almost 4 meters in length, at a weight of between 350 and 400 kilos.

According to cave paintings found, this subspecies lacked a mane or was very scarce. It disappeared during the mass megafauna extinction, which occurred in the Quaternary.

Additional varieties of extinct lions include:

For more, we recommend reading our article of extinct species of cat.

If you want to read similar articles to How Many Types of Lions Are There?, we recommend you visit our Facts about the animal kingdom category.

Bibliography
How Many Teeth Do Sharks Have? - Types of Shark Teeth
Are There Animals That Don't Sleep?
How Many Species of Frogs Exist?
Different Types of Leopards
Related categories
Endangered animals
Most read
1.
What Animal am I According to my Zodiac Sign?
2.
What Does It Mean When a Cat Shows Up at My Door
3.
10 Most Beautiful Animals in the World
4.
The 10 Most Solitary Animals in the World
5.
Why do Dogs Get Stuck when Mating?
6.
10 Smells that Attract Cats
7.
Animals With Scales - Full List
8.
My Female Dog In Heat Won’t Accept A Male - Causes
Are There Male Calico Cats?
All Types of Cougars
Types of Jellyfish - Names and Characteristics
Types of Seals Around the World
Types of Monkeys in the World
Are There Venomous Spiders in the UK?
How Many Teeth Do Dogs Have?
Eyes of Spiders - How Many Eyes Do Spiders Have? 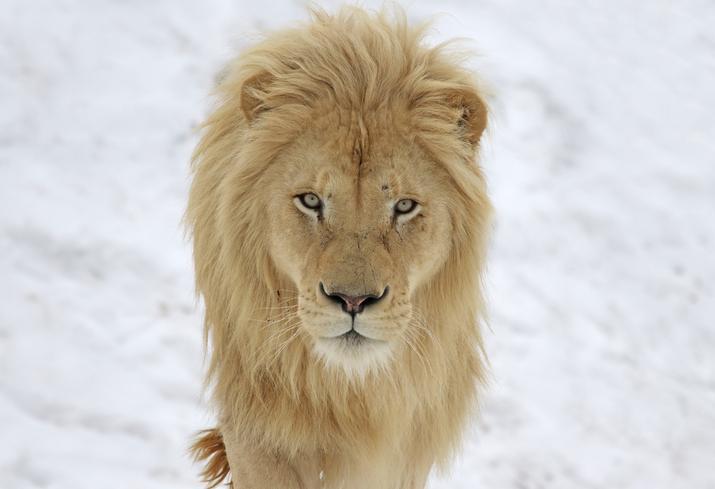 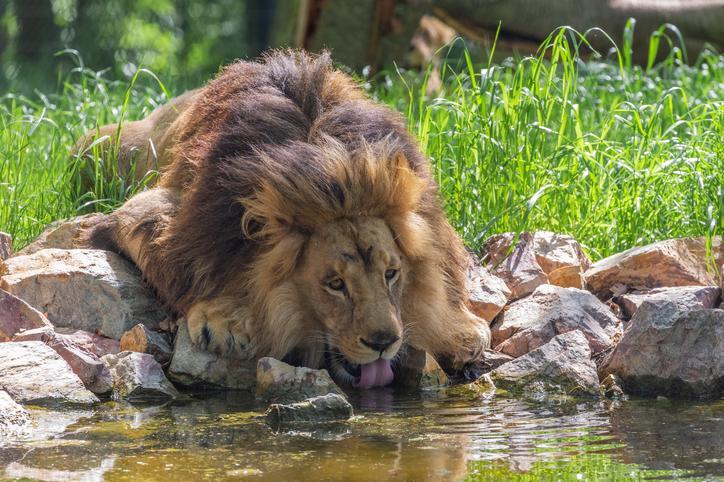 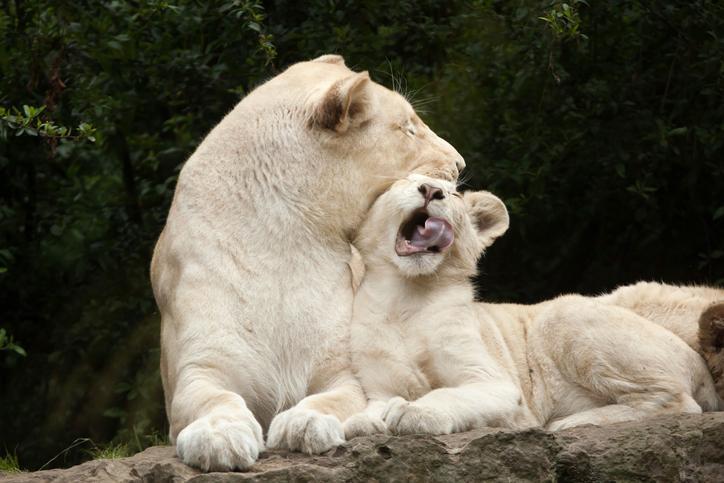 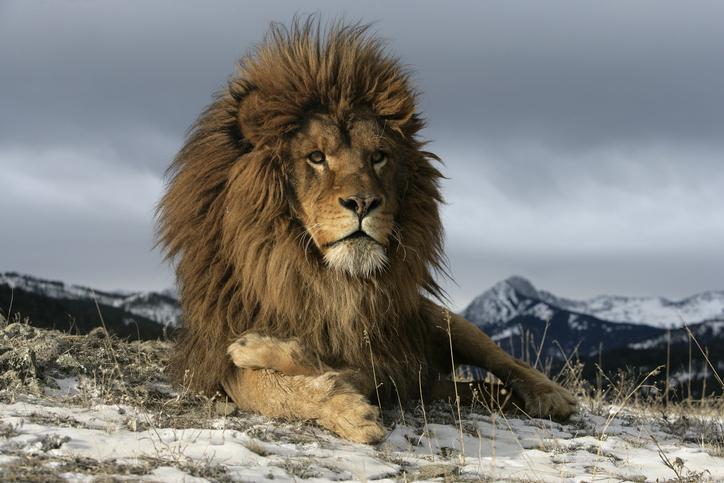 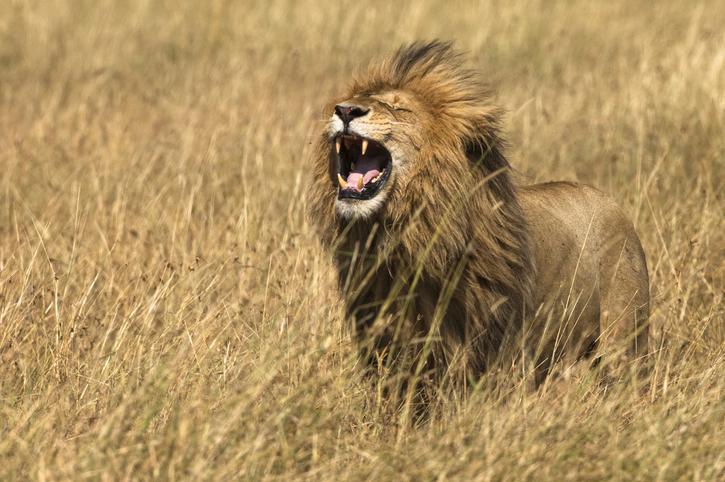 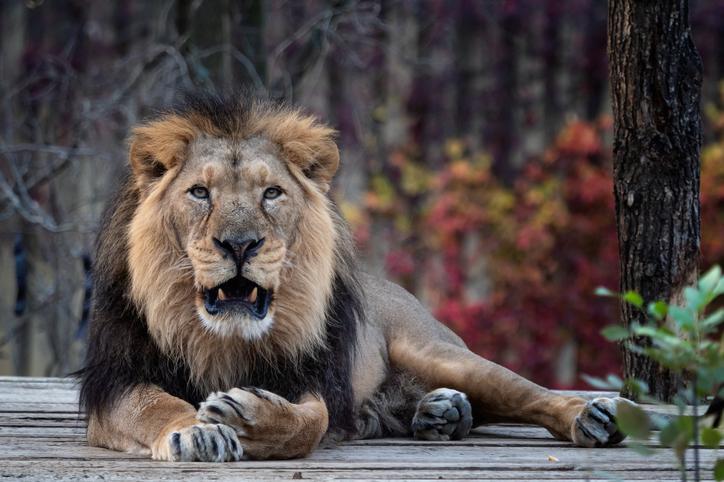 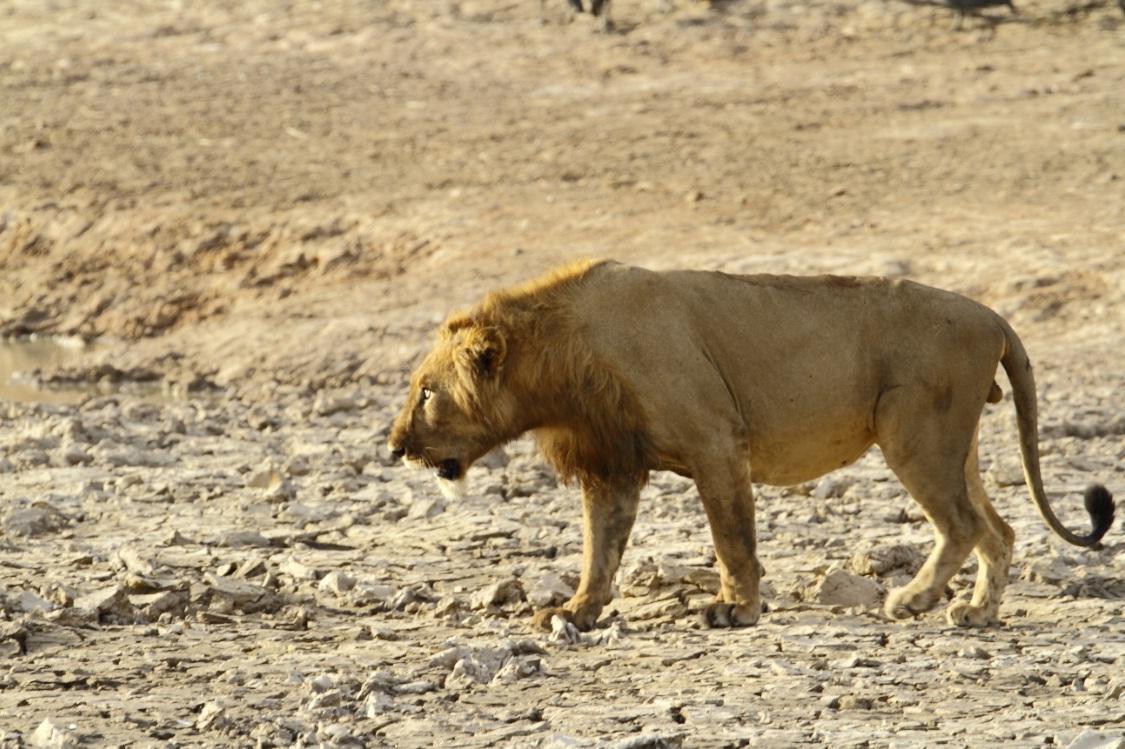 1 of 10
How Many Types of Lions Are There?
Back to top