Best Dog Breeds That Are Good With Cats

Popularly considered mortal enemies, cats and dogs have a reputation for animosity towards one another. In the wild, where there is a greater competition for resources, this is often the case. However, in the domestic environment where their needs are met by human caregivers, many cats and dogs can live together. Not only might they live together without trouble, they can become the best of friends. There are many factors which influence whether a dog and cat will get along. While perhaps not the most important, breed of dog can be a significant factor.

In this AnimalWised article, we provide you our list of the best dog breeds that are good with cats. We also explain what factors are involved in peaceful cohabitation between canines and felines.

You may also be interested in: Are Border Collies Good Family Dogs?
Contents

Peaceful coexistence between dogs and cats

Before we show you the best dog breeds good with cats, we should explain a little about what it takes for them to live together well. Firstly, we might ask why one dog breed is more likely to be good with cats than another.

The reason why we know some dog breeds will get on better with cats is because they were bred to have particular traits. When a dog breed is created, it is done so that certain characteristics are emphasized or deemphasized. These can be both physical and behavioral. For example, Yorkshire Terriers were partly bred for their long hair and German Shepherds were bred as herding dogs.

However, breed is only one factor which might influence a dog's ability to get along with cats. Much more important is socialization. The socialization period is when a dog is a puppy when they learn how to interact with other animals, people and their environment. It is a sensitive period generally considered between 3 to 16 weeks of life. During this time, if they do not socialize properly, they may not learn how to interact with others, including cats.

Other factors which influence how a dog and cat will get along include their first introduction, their education, their history with other animals and their general care. It is also possible we never know why a dog doesn't get on with a cat, but there are some things we can do to encourage it. Our article on tips to help a dog and cat get along does just that. 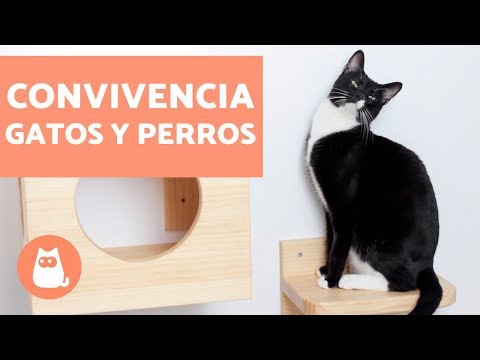 Do puppies get on better with cats?

Since a puppy may still be in their socialization period, they have a better chance of getting along with a cat than adult dogs. The reason is that puppies are more impressionable. We can introduce the cat to the puppy and they will be better able to learn peaceful coexistence.

With adult dogs, you may find more problems. Even if well-socialized, they may have become used to a certain way of life and won't like a cat being around to potentially spoil it. Adult dogs can be educated to get along with a cat in many cases, but it may be difficult depending on their individual personality. In general, if we have a cat at home and want to introduce a dog, we are likely better off if we bring home a puppy.

Of course, there is another important factor in whether a cat and dog will get along. How the cat behaves and reacts when a dog appears in the home is vital. Although they can be educated, cats cannot be trained in the same way as dogs. Cats also require socialization when they are young and their cohabitation with dogs depends on similar factors, including experience and even breed. We will also need to find out why a cat keeps fighting with a dog before we can try to remedy the situation.

Now we take a look at the best dog breeds that are good with cats:

Although originally a working dog, it is much more common to see the Labrador Retriever as a companion animal. For some, they are practically an avatar for family. This is due to many factors, but their laidback attitude and calm demeanor are some of their most characteristic traits. When we introduce a Labrador Retriever into a family with a cat, there is little reason a well-socialized specimen won't get along famously with a cat.

Although the Labrador Retriever and Golden Retriever have their differences, their similarities mean they often get confused for each other. One similarity they undoubtedly share is their social and clam nature. Although they can be rambunctious as puppies, this breed often settles into a very docile character when they come of age. Even if they are not best friends, Golden Retrievers will often live very peaceably with cats.

There are different types of Spaniel dog breeds. They can have varying personalities, but they are all descended from gun dogs. This means they have a lot of energy and will need to be engaged. Often, a cat will be their best buddy because they can help them to stay engaged, but this will depend greatly on the cat's stamina for such interaction.

However, as long as they are well-socialized, Spaniel dogs can be a cat's best friend. They are playful, but also loving and gentle.

To some, the Boxer has a reputation as being an intimidating dog. These are people who have never met one. They are gentle, loving, caring and beautiful dogs which bond strongly to their family. When they are well-socialized and cared-for, they can be just as loving towards a cat. They also respond well to training, so they can learn if they have any initial reservations.

So far, the dogs on our list that are good with cats have been much bigger than them. Now we include the Maltese, a small white dog which is often a similar size to cats themselves. Some see small dogs as being ‘yappy’ and not good with cats, but this is not the case. The Maltese is a loving breed which tends to get on well with everyone, including felines.

Another small dog breed which is good with cats, the Lhasa Apso is a high scorer in terms of cat friendliness. Some dog breeds are good with cats because they don't bother them. The Lhasa Apso is a dog which not only won't bother cats, but will likely become their best friend. They love to play and can be a little too much for some cats that want to be left alone, but if the cat is well-socialized, there is no reason they can't be best friends.

Like the Lhasa Apso, the Shih Tzu is a small Asian dog breed. They are great with cats and considered one of the most cat-friendly dog breeds. However, as many consider the Shih Tzu a lapdog, they can often neglect the fact that they are still in need of education and socialization. Too many are spoiled which can lead to behavioral problems. Only a well-socialized and properly educated Shih Tzu is likely to be good with cats. However, if this is the case, they can become like family to each other.

The French Bulldog is one of the most popular dog breeds in the world. They are also fairly small. Although they can be energetic, they are brachycephalic dogs which can often affect their stamina due to related health issues. They will like to play, but they don't tend to be too much for most cats. They can be stubborn and will need to be well socialized, as with any dog you want to get along well with a cat.

Cavalier King Charles Spaniels which are well brought up and educated tend to be great companions for cats. They are friendly and inquisitive, but not overbearing. They love to be with their guardians and will spend time on the sofa together with them and their cat friends.

Unfortunately, as with most purebred dogs, they are often bred in puppy farms. These are dog breeding centers which prioritize numbers of care for the puppies. They can be kept cooped up and not receive proper care, especially in terms of socialization. They will often have behavioral problems and be less likely to get on well with a cat. For this reason and many more, we need to be very careful and ensure we only support legitimate breeders who provide the right care.

A very intelligent and often mischievous dog, the Pembroke Welsh Corgi can be the best dog breed to be with your cat. They can be boisterous and they may chase and play with the cat through the home. Not all cats will like this, but as long as they have somewhere up high to go when they need some peace, it can be the ideal situation.

Dog breeds which don't get along with cats

The fact that certain dog breeds are thought to be good with cats implies there are breeds which are bad with cats. As stated above, more important than breed is socialization and education. Introducing a cat and a dog for the first time is also very important as it can be the standard set for the rest of their relationship.

Dogs which are not great with cats are those with an aggressive temper or a heightened hunting instinct. If they have already been known to stalk and even bite small animals, then it is likely they won't get along with cats. They may be trained, but it can be very difficult. Any dog with aggressive tendencies, whether towards a cat or anyone, will need training from a qualified professional.

If you want to read similar articles to Best Dog Breeds That Are Good With Cats, we recommend you visit our What you need to know category.

Bibliography
Are Chameleons as Pets a Good Idea?
Are Pythons as Pets a Good Idea?
What Are The Best Pets For Apartment Living?
Are Chinchillas a Good Pet to Have?
Related categories
The least...NamesIdeal forThe most...Comparisons
Most read
1.
Best Names for American Bully Dogs
2.
What is the Difference Between a Donkey, a Mule and an Ass?
3.
The 5 Most Wrinkly Dog Breeds
4.
100 Popular Bird Names
5.
Tamil Names for Dogs - With Meanings
6.
Can You Have an Otter as a Pet?
7.
Arabic Dog Names - Male and Female
8.
Small White Dog Breeds
Labrador Companion Dog Breeds for Best Compatibility
English Dog Breeds List - With Pictures
How to Choose a Good Vet
Is Co-Owning a Dog a Good Idea?
Brachycephalic Dog Breeds - List of Flat-Faced Dogs
Can American Staffordshire Terriers Live with Other Dogs?
French Dog Breeds
10 Reasons to Adopt a Mixed Breed Dog

Best Dog Breeds That Are Good With Cats 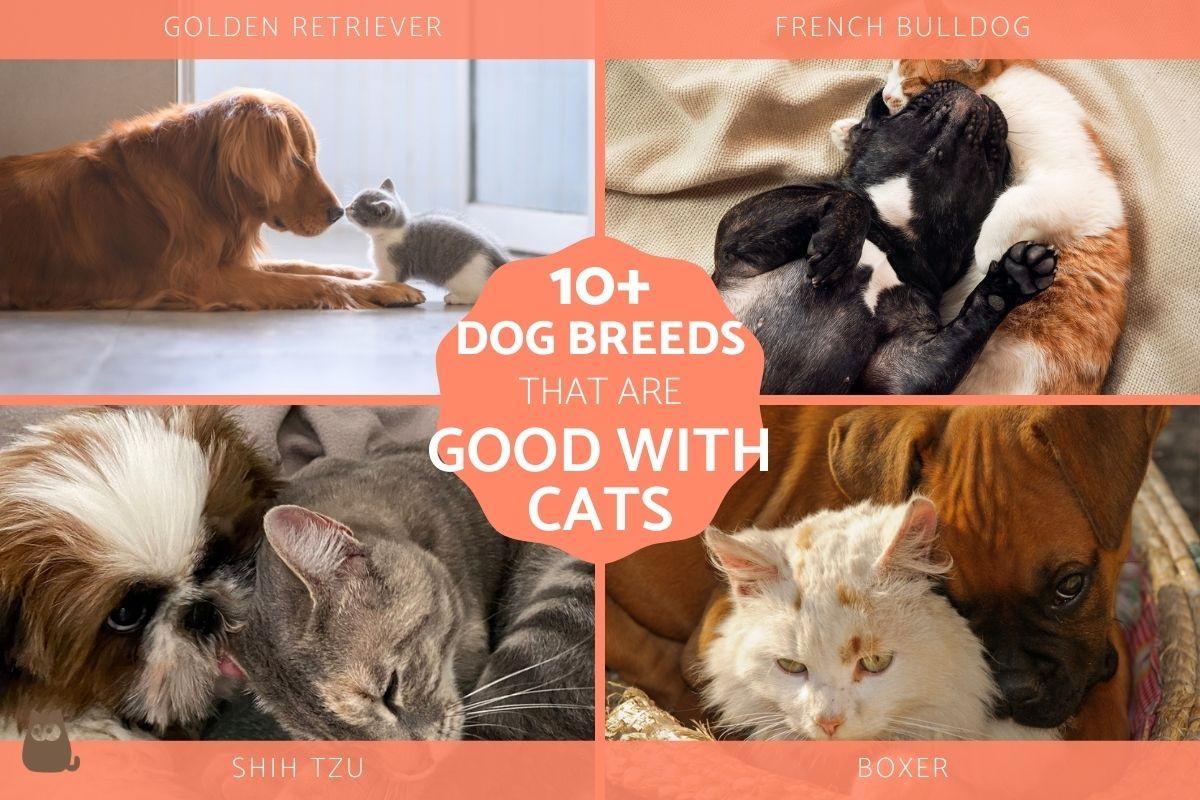 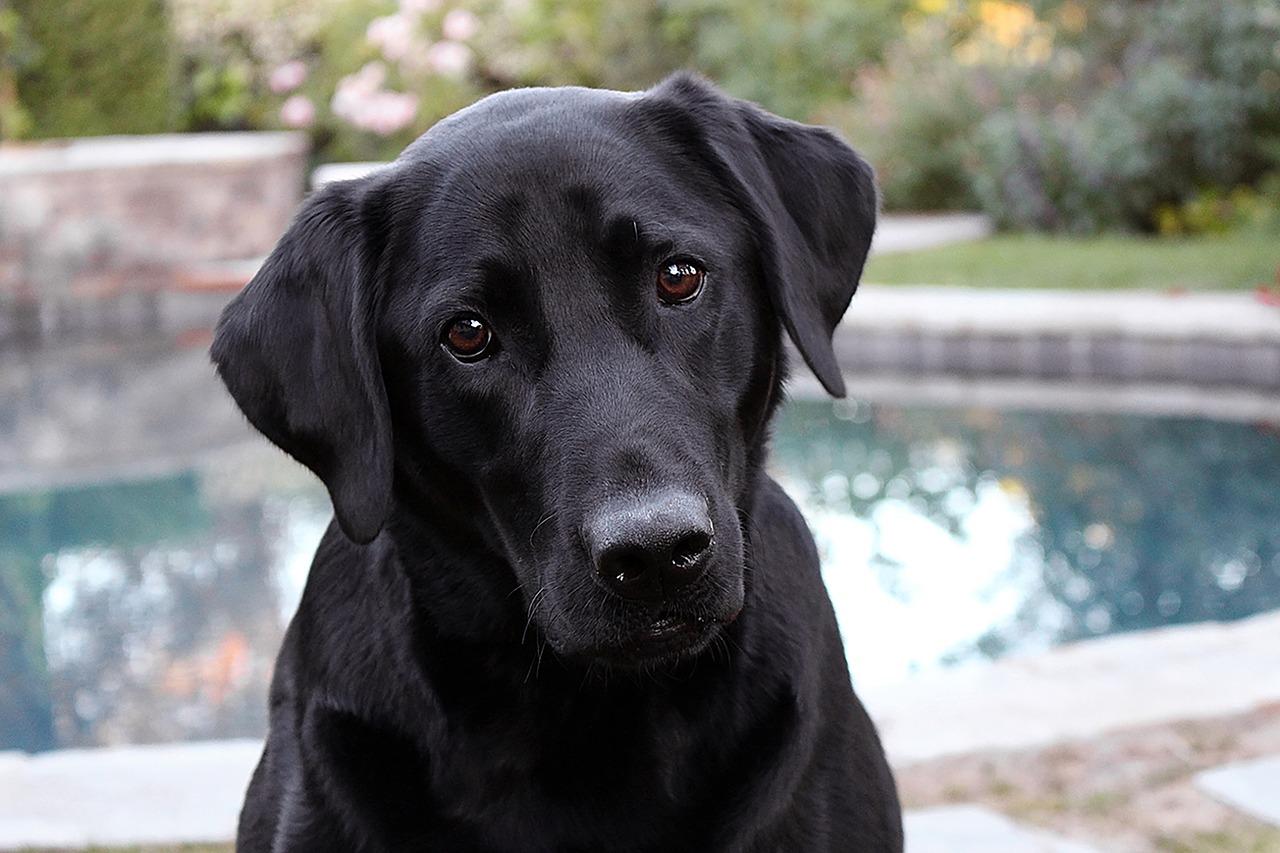 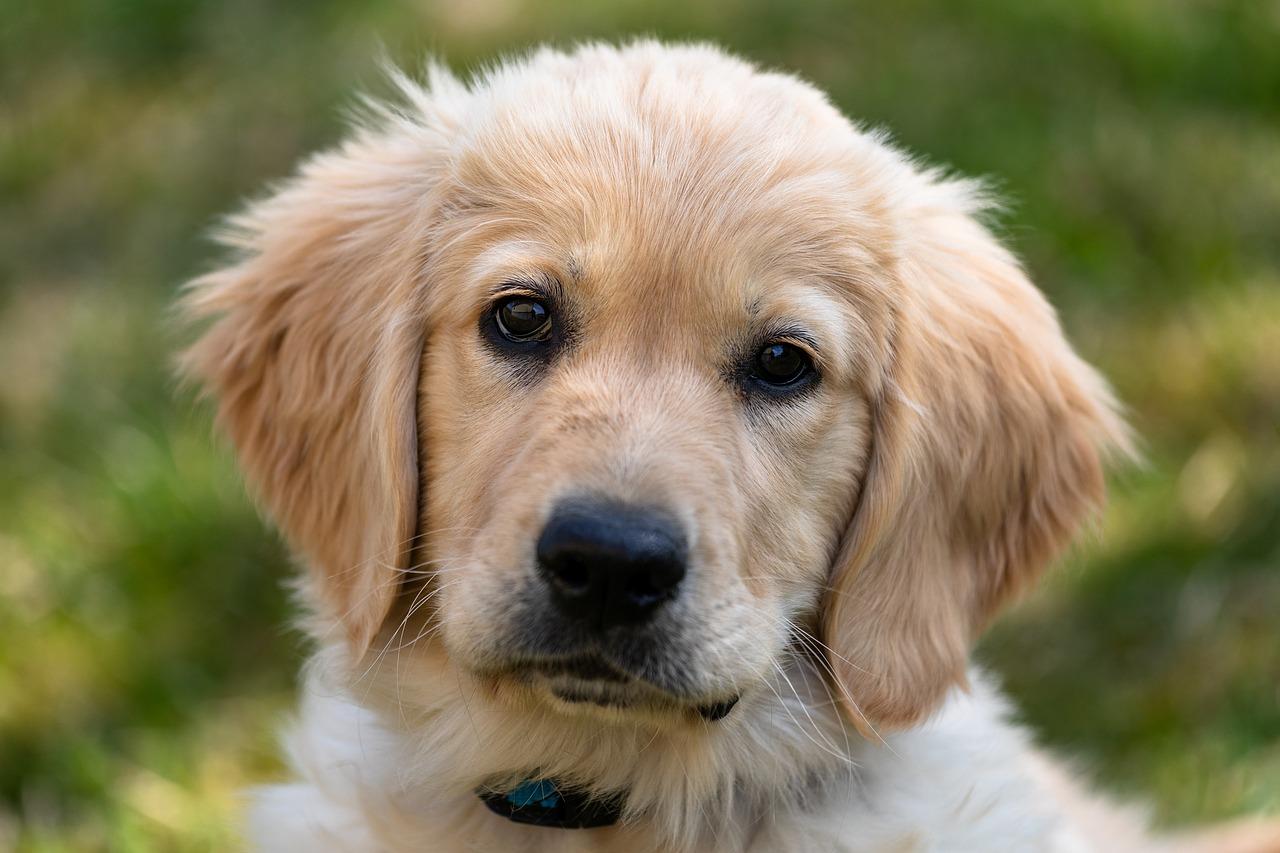 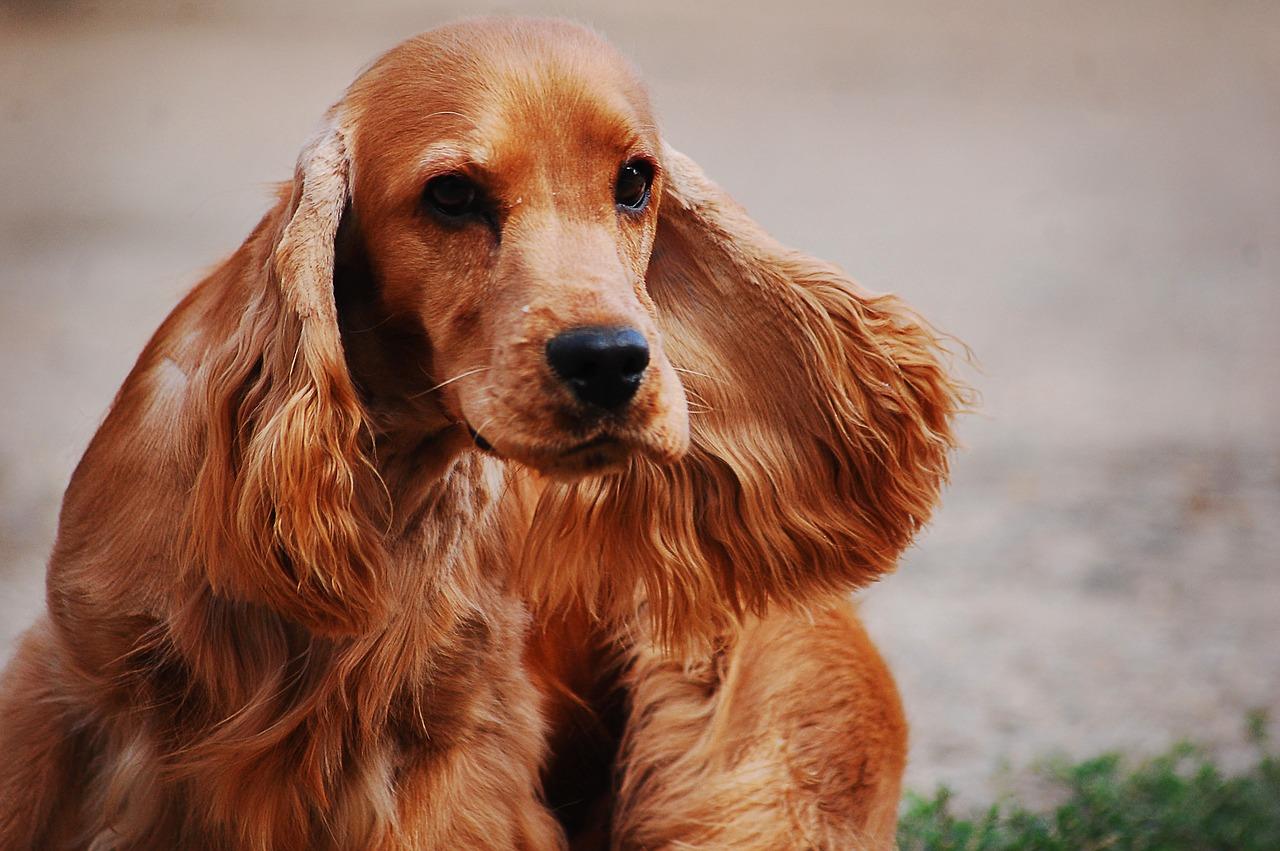 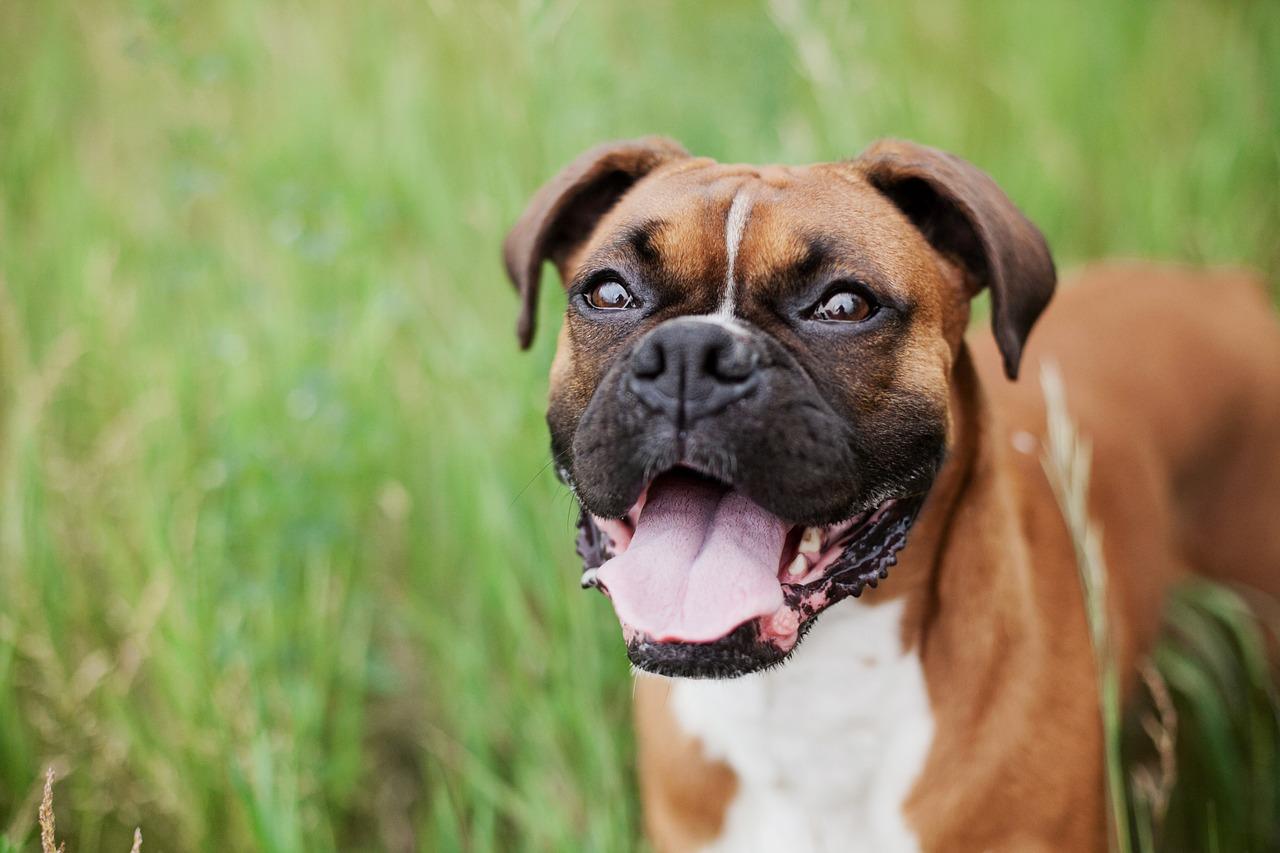 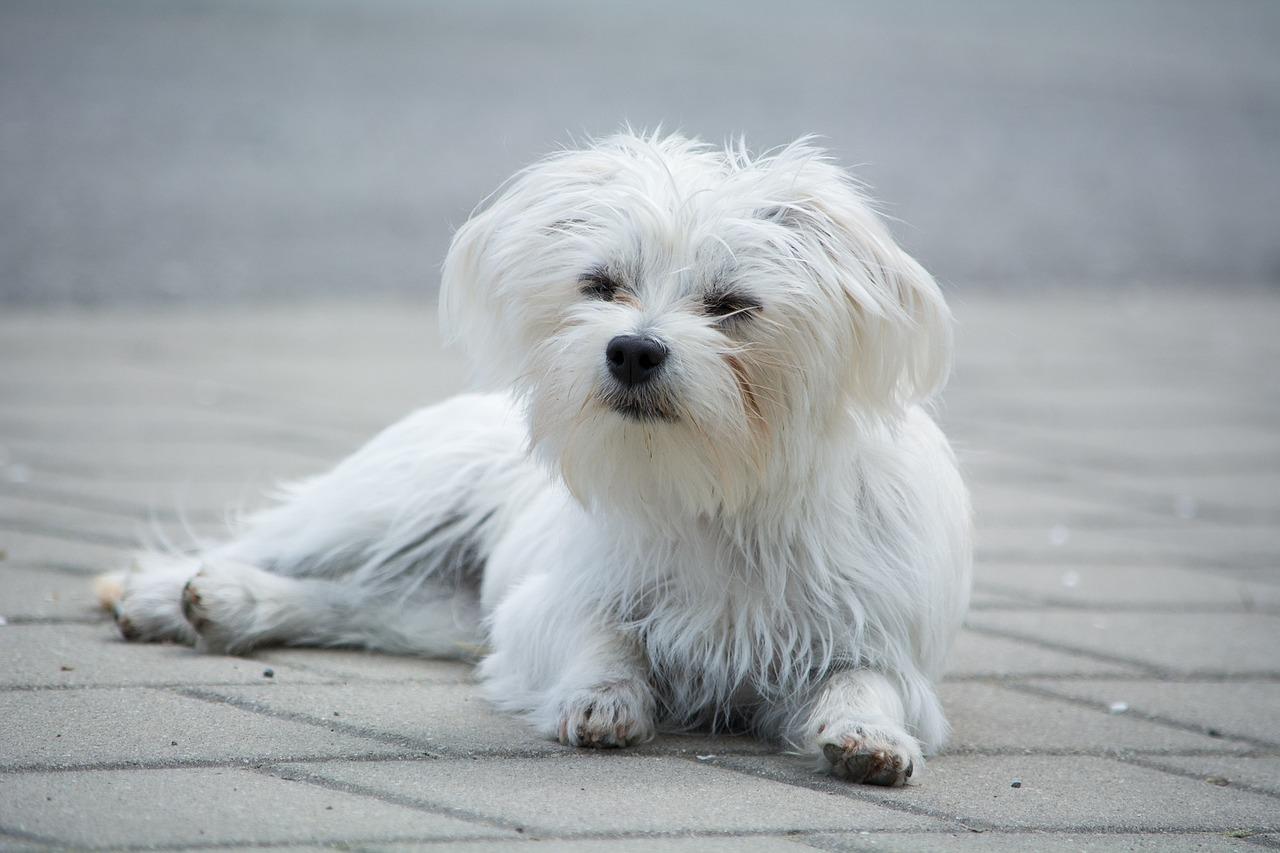 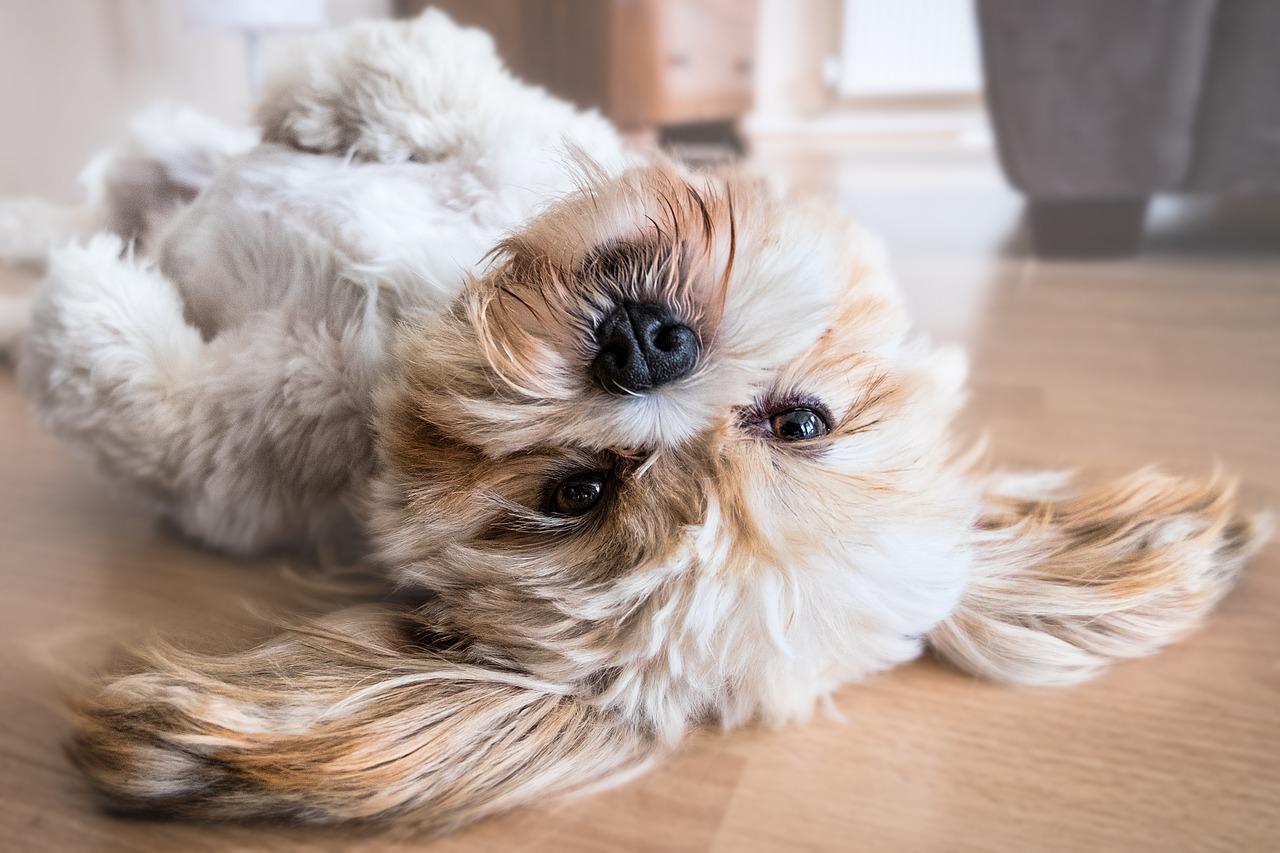 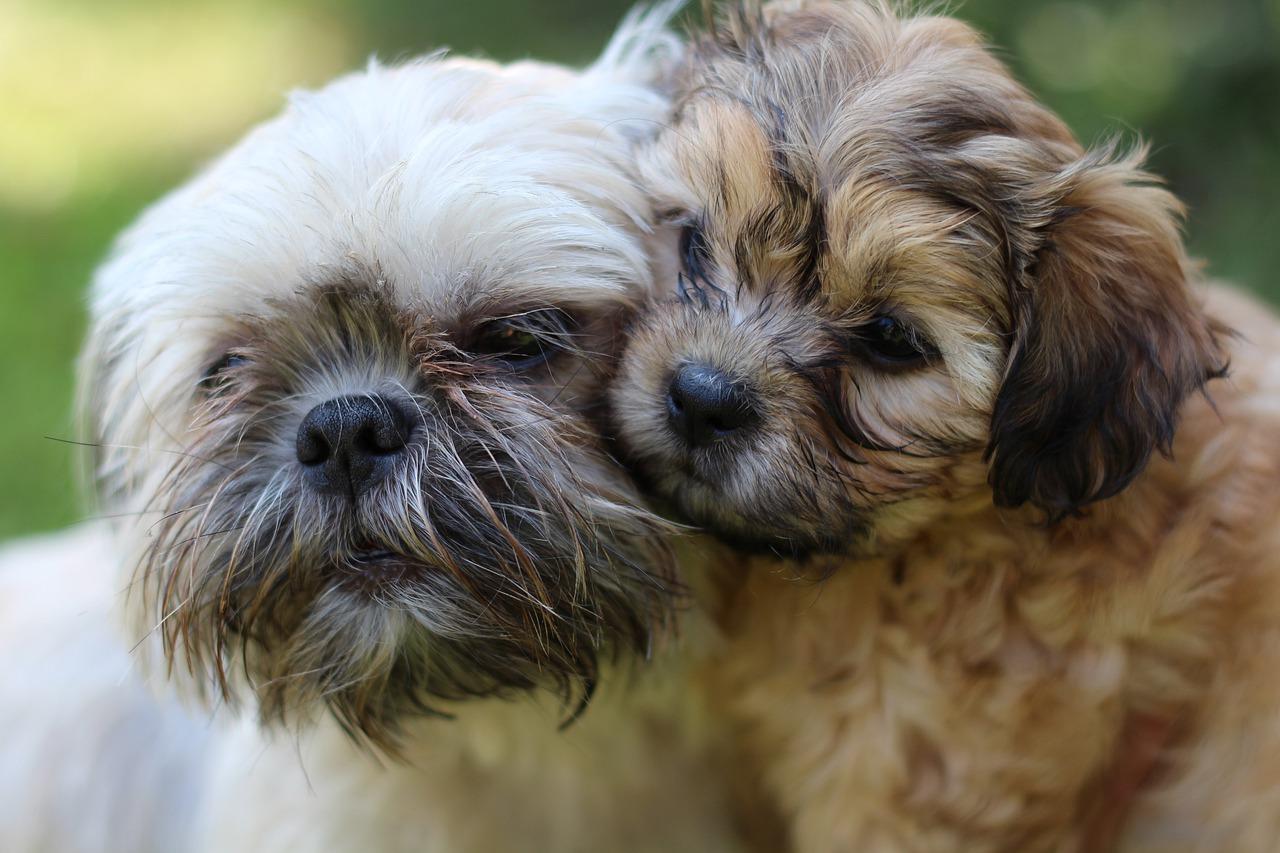 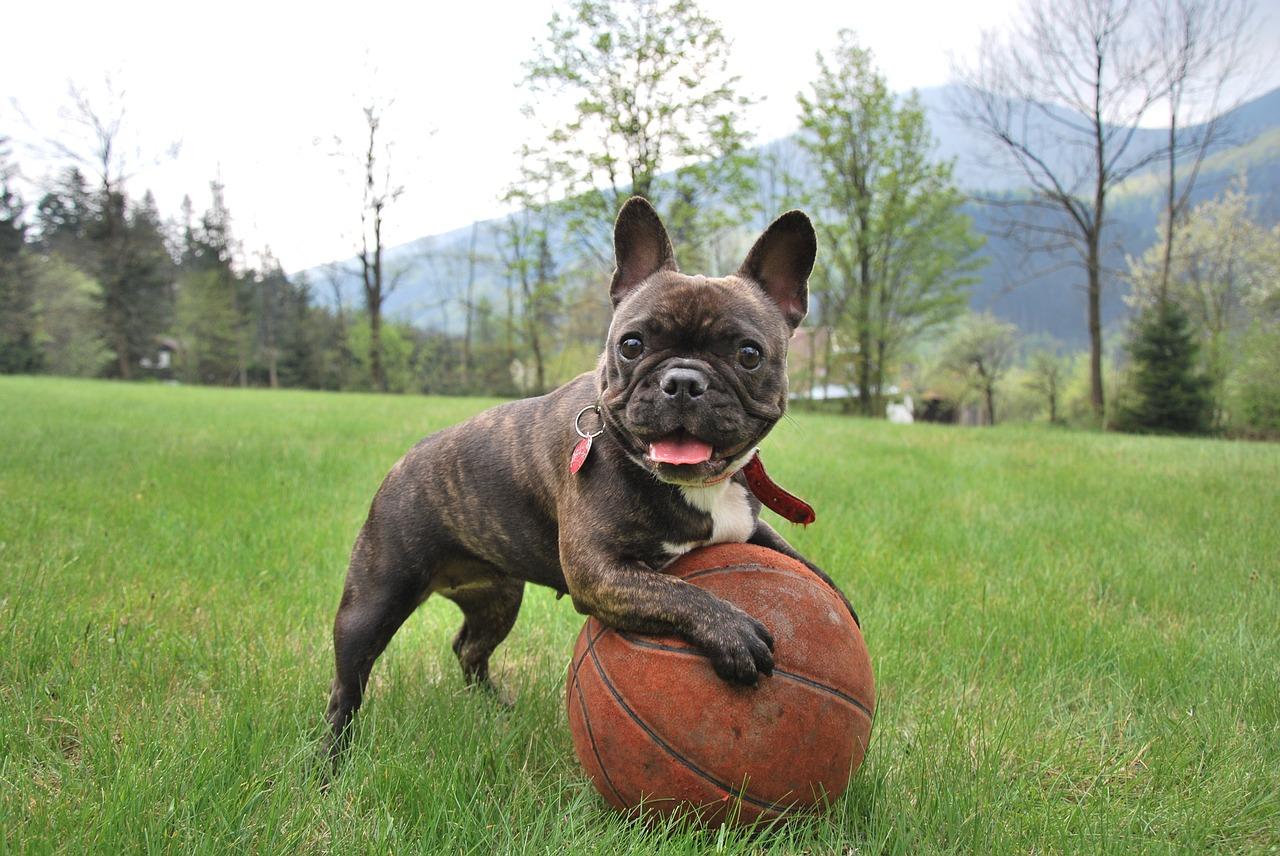 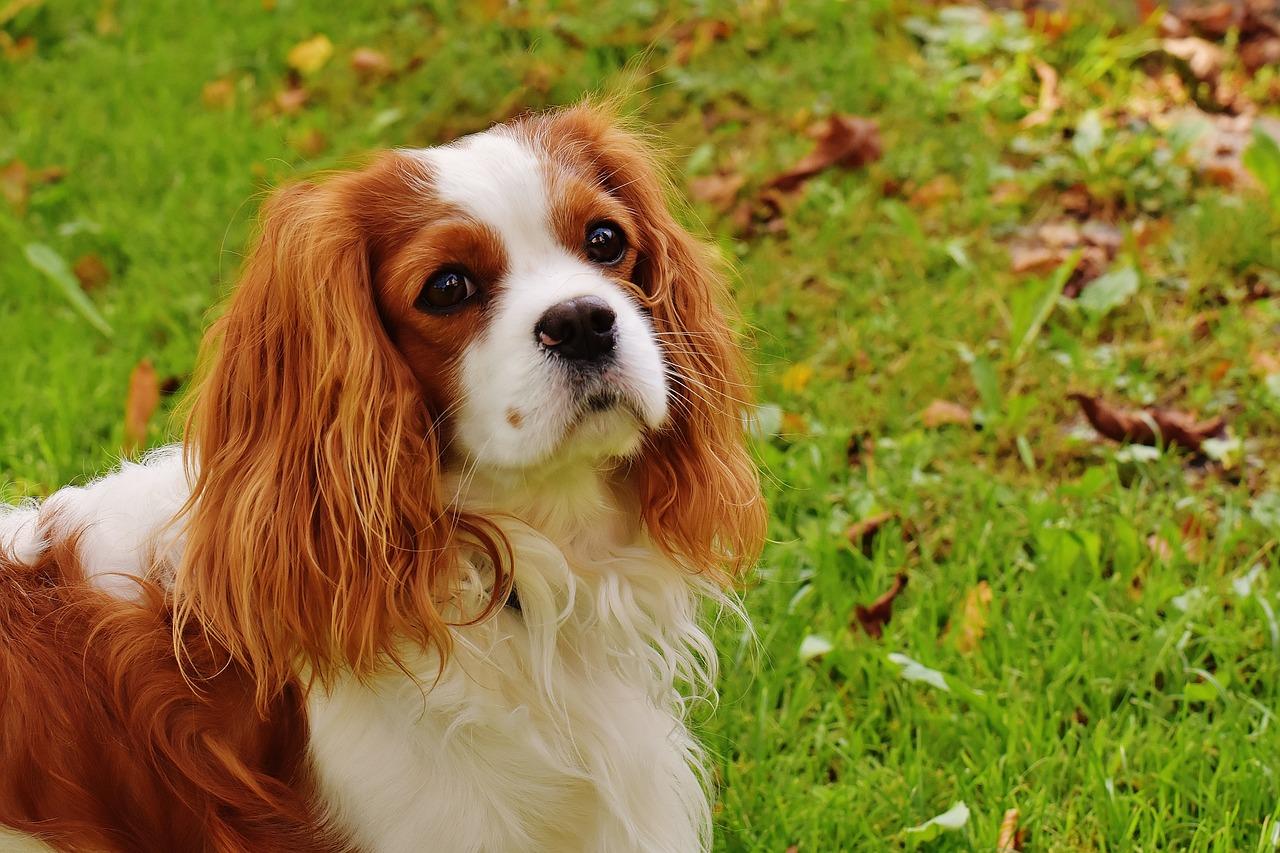 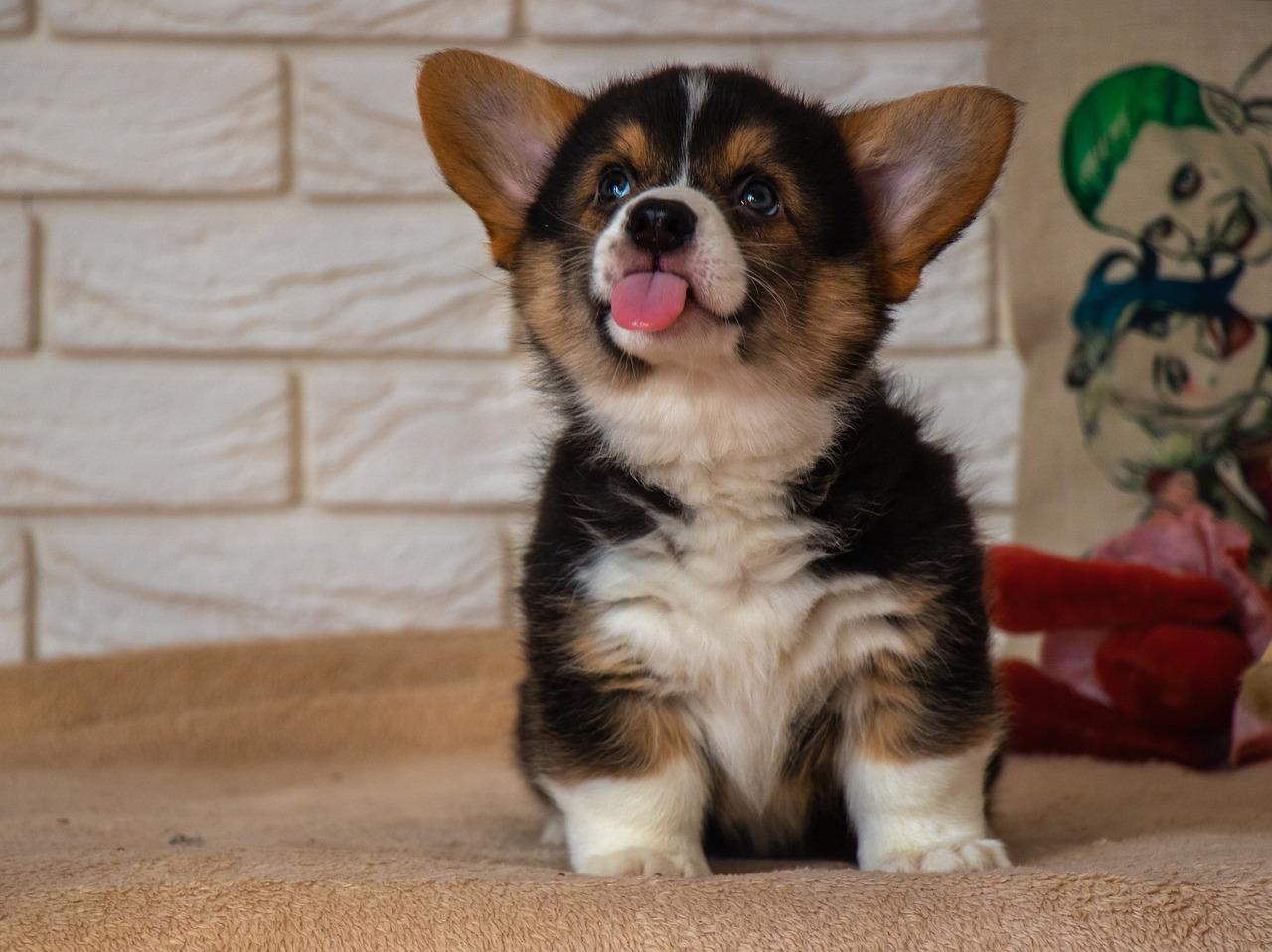