Are Pythons as Pets a Good Idea? 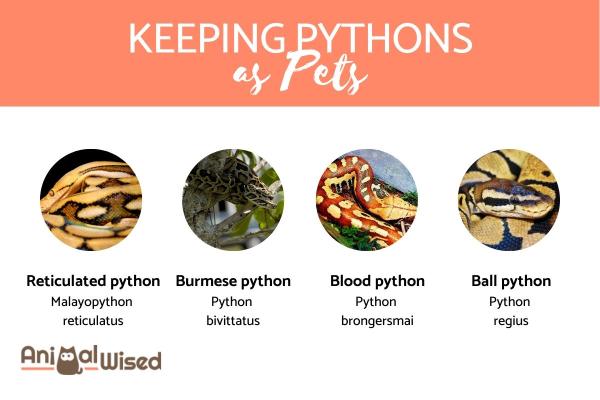 Snakes are incredible creatures and many are kept as exotic pets. However, snake guardians tend to have a specialized interest. The responsibility for keeping snakes as pets is different to that of a dog or cat. They have different care needs and considerations which need to be made before responsible guardianship can begin. Since they are not as common a pet as other animals, there is still a lot of ignorance over keeping snakes as pets. Not all types of snake can be kept as a pet, but many consider the python as being a suitable snake species.

In this AnimalWised article, ask are pythons as pets a good idea? We look at their responsibility of care, their practical requirements and how their nature might affect their suitability as a companion animal. By knowing what to consider, you can see if adopting a python is a good idea for you.

You may also be interested in: Are Chameleons as Pets a Good Idea?
Contents

Why do you want a python as a pet?

This is a very serious question which anyone considering a python as a pet needs to ask themselves. The impetus for many people to consider keeping a python as a pet is because they simply like snakes. Unfortunately, in and of itself, this impetus is insufficient. It may be a good start, but we need to ask ourselves more question.

While snakes are fascinating creatures, we need to ask what it is we want from a companion animal? Dogs, for example, are common pets for various reasons. Not only is there a well-established culture of canine husbandry, but dogs are capable of expressing affection and interacting in very positive ways.

According to Dr. Sharman Hoppes of the Texas A&M College of Veterinary Medicine & Biomedical Sciences, snakes can display basic emotions such as fear and aggression[1]. However, they do not create the same kind of emotional attachment as many other companion animals. If you want a cuddly animal to spend your time with, a python is not going to be what you are looking for.

If you are still interested in keeping a python as a pet, there are many factors to consider. We do so in the sections below.

Types of pythons as pets

Theoretically, if you have enough space and other resources, you could have any type of python as a pet. There are 10 extant species which are currently considered under the python genus, but not all are commonly kept as pets. To complicate things, taxonomically, there are actually 40 snake species which are commonly referred to as pythons. However, only 10 are in the genus python.

All snakes in the genus python are non-venomous and and have flecks on their scales. However, since pythons are bred in captivity, some have morphed patterns which may not be as speckled as others. Most pythons are ambush predators. This means they will lie in wait for their prey and attack when they are close enough.

Since pythons are a type of non-venomous snake, they cannot kill by immobilizing prey with toxins. Instead, they bite them to keep them in place, then use their body to constrict them. They do not crush the prey, but instead suffocate them or induce cardiac arrest. Their prey is eaten whole and it can take days for it to be digested.

The most common pythons kept as pets are:

While individual python species will have specific care needs, there are a lot of fundamental concerns we need to consider for all pet pythons.

Advantages of keeping pythons as pets

Some people are reptile lovers and simply want to be around snakes. If there are difficulties or issues in keeping them in the domestic environment, they will be overcome at almost any cost. For others, they may need to consider some of the advantages of keeping pythons as pets before they will commit to adopting one. Such advantages are usually seen as comparisons to other types of pets and include:

As you can see, pythons are not as disruptive as many other companion animals can be. Reptile lovers often love snakes for what they represent. There is a reason they are used in mythology, culture and symbolism throughout history. The python's distinctive flecked skin is beautiful and mysterious. They have a charm by which many people are enticed.

The culture of keeping pythons is important and will be a major part of the reason why someone will adopt one as a pet. Some people even find simply holding them to be a calming experience, although many others may feel the opposite.

Disadvantages of keeping pythons as pets

While the mystique and charm of pythons mean some people will only see their pros, there are cons to keeping snakes as pets. It is part of the reason they are not as popular as some other companion animals, but there are also some serious issues which need to be assessed by anyone considering a python as a pet. They include:

We need to explain the last con of keeping a python as a pet. Since pythons are apex predators, they are quite adept killers. While a domesticated animal will generally not attack if they are socialized and well fed, there is still a danger in keeping these animals.

The danger is heightened if there are children in a family. While adult humans are rarely killed by pythons, many children are the size of a python's natural prey. Children should never be left alone with a python since they could be constricted to death. Since pythons like to escape their enclosure, if they were to get into a child's room when they are sleeping, it is possible they are under threat.

Other pets also need to be considered and it is not usually a good idea to have a snake with small mammal pets. Our article on what to do when a dog is bit by a snake helps elucidate further.

Dangers of keeping pythons as pets

Between 1990 and 2013, twelve people have been killed by pet constrictor snakes in the USA[2]. Scores more have been injured in attacks. While this is much less than the number of people killed and attacked by dogs, it is difficult to compare since their numbers are vastly different. Some of these horrific catastrophes have included babies being constricted in their crib during the night.

Unfortunately, even experienced snake handlers have had incidents when keeping a python has led to tragedy[3]. One owner in Canada had kept a python in the family for over 10 years and was the operator of a reptile store. Unfortunately, one python escaped their terrarium, left the room through a hole in the ceiling and moved through the ventilation ducts to a children's room. The snake killed two children in their sleep.

Accidents have also happened during feeding times or during manipulation. When a death does not occur, it often leads to terrifying incidents.

Once scary aspect was highlighted by a radio call-in show when a snake specialist was being interview. A listener called in to speak about their snake and how they would like to lie stretched out along the bed beside him. The herpetologist's response was brutal. The python was measuring themselves against their owner, patiently waiting to grow enough to eat them whole.

The final decision on keeping a pet python

If you finally decide you do want to keep a python as a pet, you will need to ensure you consider some very important factors. The first one is that you have to make a commitment to being a ‘snake person’. You cannot simply keep one as a fad. Since some pythons can live up to 50 years, this is a lifetime commitment.

To acquire your python you can either go to a specialist reptile store or find a shelter. Unfortunately, too many people think that they can meet the responsibility of keeping a python, only to find themselves unable to do so after a short space of time. Some will bring their snake to a shelter. Dangerously irresponsible people will abandon them.

Ideally, wherever you acquire your python, go to an accredited animal center to discuss everything you need to know before adoption. They will be able to answer any questions and provide guidelines and advice specific to your location. One key question concerns what type of python you would like to keep as a pet. The Royal python or ball python is one of the most common, possibly because they are also one of the smallest.

You will need to have your entire family in agreement to keeping a pet python. They will all have to understand the responsibility, concerns and consequences of mishandling the snake. You will also have to have a separate and secure area to house them. A small apartment is not a suitable place to house a big snake and the risk of them escaping is a serious one.

Depending where you live, you will likely have to have an animal license to keep a snake. You will also need to buy a terrarium with a temperature between 27º C - 35º C and adjustable humidity. A cardboard box with some ventilation holes will not suffice.

Lastly, you should acquire good civil liability insurance that covers the excesses a snake may cause if they escape. The repercussions of a snake escaping can be mortifying and we need to be prepared for any event.

To some a python is a fearsome creature which needs to stay as far away from their home as possible. To others, they are a lifetime companion which makes their lives complete. It is OK to be in either category, but the latter needs to take on the responsibility and be aware such responsibility may affect the former.

Educating yourself and asking yourself the right questions are essential. So too is ensuring your actions are what is best for the snake.

As stated above, pythons are not venomous animals. Some snakes are and you can find out more in this video:

If you want to read similar articles to Are Pythons as Pets a Good Idea?, we recommend you visit our What you need to know category.

Are Pythons as Pets a Good Idea? 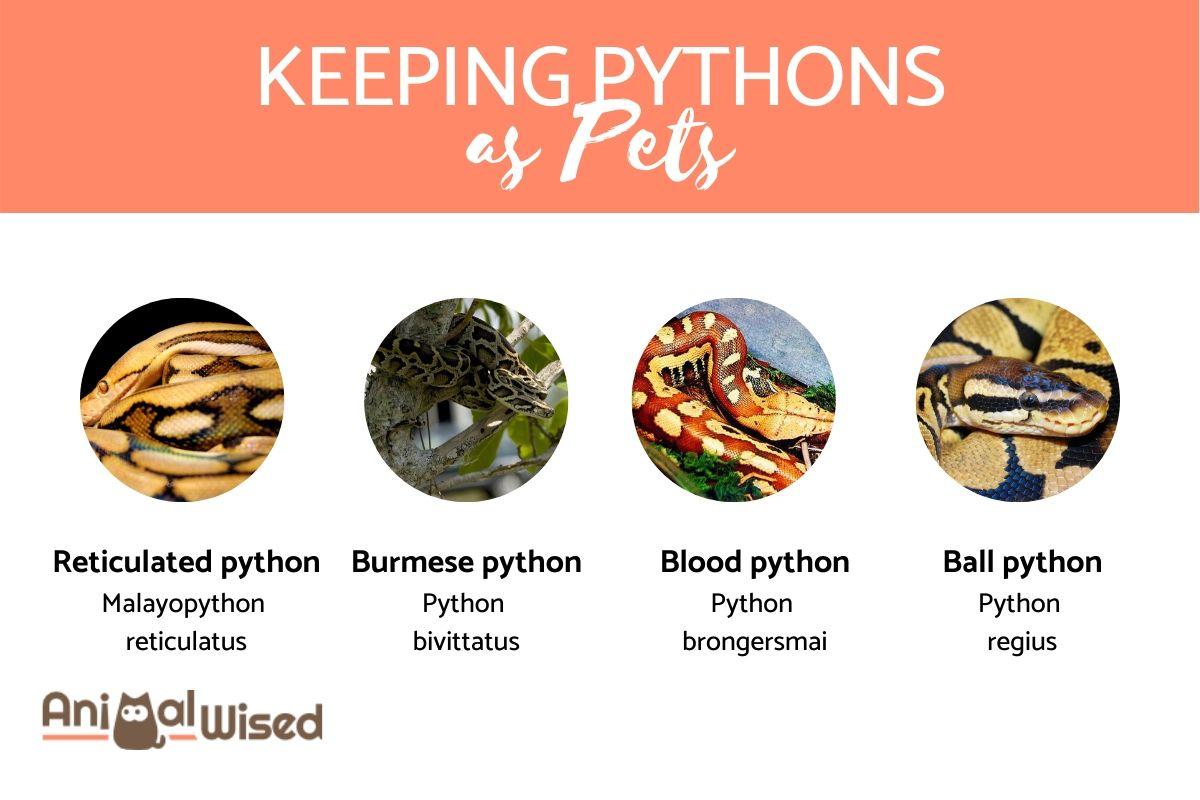 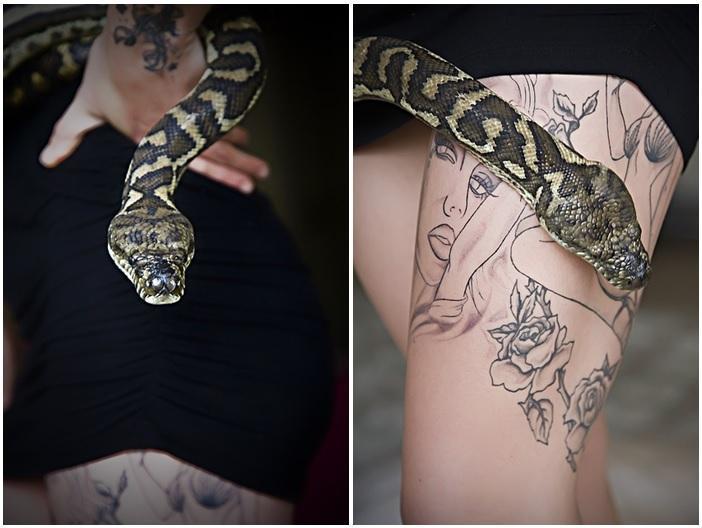 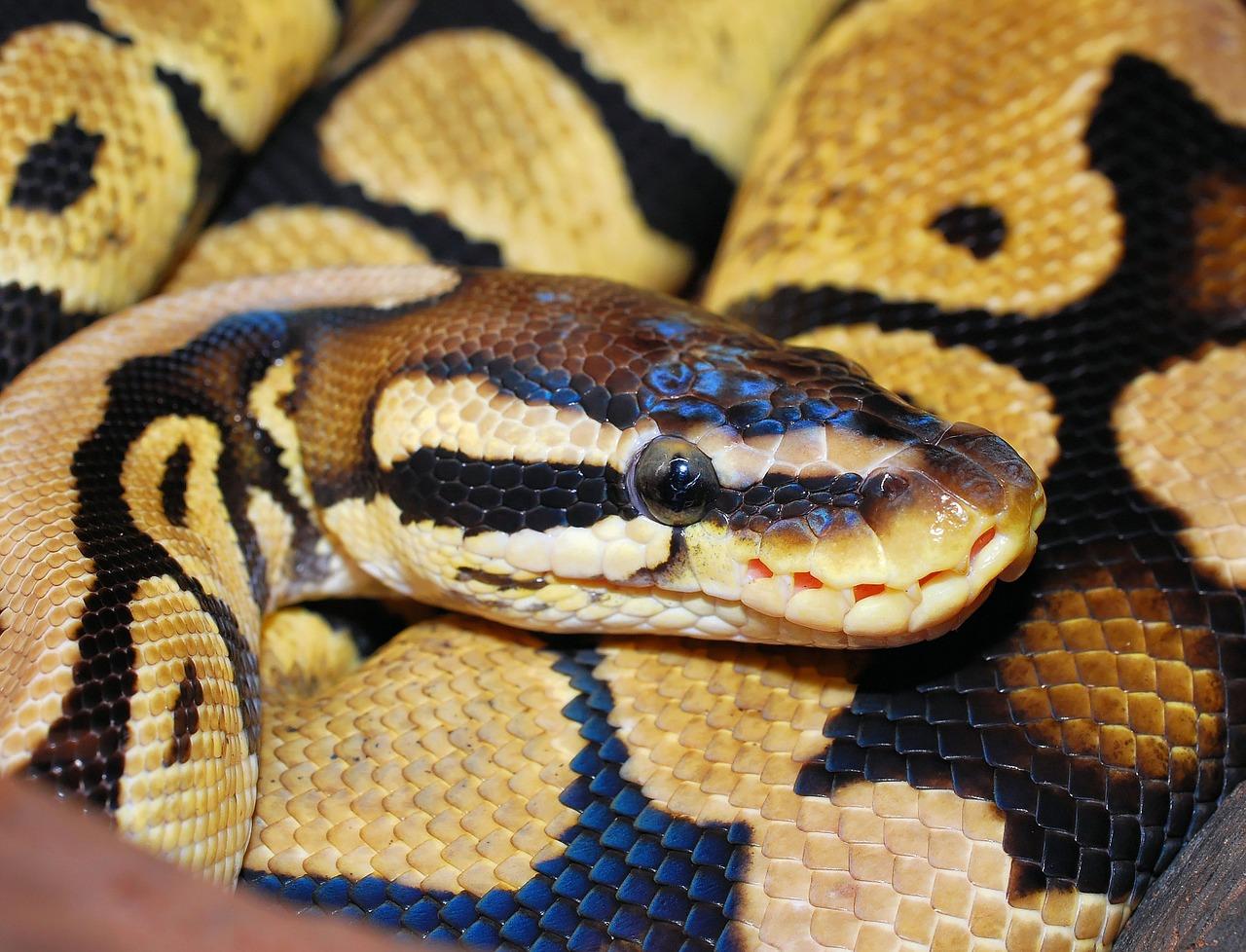 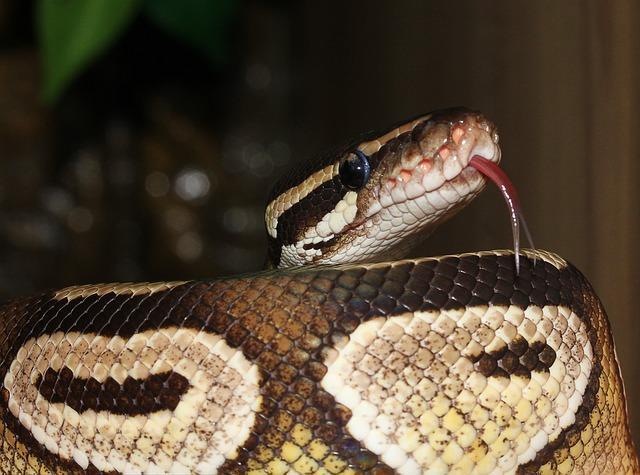 1 of 4
Are Pythons as Pets a Good Idea?
Back to top