Differences Between Labrador and Golden Retrievers

This article will discuss two extremely intelligent dog breeds: Labrador Retrievers and Golden Retrievers. Both breeds have some characteristics in common, and their morphology, while different, can look similar from a distance. Both kinds of retriever dogs have a fairly similar build and used to fulfill a similar function, which is why they're classified in the same type.

The closeness between the two retriever breeds means that many people don't know exactly what differentiates one from the other. For this reason, we at AnimalWised will explain the biggest differences between Labrador and Golden Retrievers.

You may also be interested in: Differences Between German Shepherd and Belgian Shepherd Dogs
Contents

What is the origin of the Labrador Retriever?

The Labrador Retriever is a dog breed whose origins can be traced back to the Sixteenth Century. These dogs are native to the Canadian territory of Newfoundland and Labrador, which explains their name.

The Labrador Retriever results from the evolution of a long line that descended from the St. John's water dog, which sadly has been extinct for decades. The history of this forefather to Labrador Retrievers remains unknown, but experts believe that they derive from an amalgam of English, Portuguese and Irish working breeds.

What is the origin of the Golden Retriever?

The Golden Retriever is a breed that comes from Scotland. Around 1850, this breed was created as a dog with a flair for hunting. It was fairly common during this era for the upper classes to go on hunting trips, where they hunted all sorts of birds but especially waterfowl. It was necessary to recover the pieces which had been shot down, often falling into lakes or rivers or between rocks and crags in the rugged Scottish landscape.

The crossing between the best water dogs and retriever types gave rise to the Golden Retriever. Over the years this breed has split into three phenotypes: English, American and Canadian.

The morphology of Labrador Retrievers

A Labrador's fur is short, straight, rough, compact and shiny, which differs radically from the fur of the Golden Retriever, whose softness and length are completely different. This is one of the biggest difference in features between the two types of retriever at a glance.

A Labrador's coat can be of three uniform colors: Black, chocolate and yellow. The last of these colors poses the greatest amount of variation in shade, ranging from very pale creamy tones which are almost white to reddish tones.

Labrador Retrievers are strong and resilient animals, but they are also prone to obesity. Discover how much exercise do Labradors need in order to stay healthy in our article.

The morphology of Golden Retrievers

The Golden Retriever is slightly taller and slimmer than the Labrador, although the length of its fur creates an optical illusion which makes it look otherwise. Golden Retrievers measure between 55 and 61 cm (21.5 to 24 in) to the withers and weigh between 27 and 37 kg (60 to 82 lb), with females being smaller and lighter than males.

This dog breed has a beautiful double coat. A Golden Retriever's coat is silky, wavy, fairly long and water resistant. The undercoat is soft and short, keeping the dog isolated from the heat during the summer and keeping it warm during the winter months. According to breed standards, its correct color is one of many different shades of gold, excluding excessively light and red shades. Golden Retrievers molt twice a year, and their coat requires specific care.

As mentioned in the previous section, the main difference between Labrador and Golden Retrievers is the length and volume of their coats.

Temperament of the Labrador Retriever

The Labrador Retriever has a very brave, manageable and sociable temperament. This dog has a very balanced character that matures after 3 years. It is precisely this good character that makes this breed as a guard or police dog, since it tends to be friendly with everyone. At most, it can bark to alert you of the presence of a stranger.

The Labrador's intelligence is excellent. It is classified in seventh place in Stanley Coren's ranking, which compares 131 different breeds. Overall, Labrador Retrievers are an excellent breed to have as a pet. Here you can learn which dogs are the smartest, and here you can find the list of our favorite names for Labrador dogs.

Temperament of the Golden Retriever

The Golden Retriever is also a highly intelligent dog. It has a friendly, familiar and friendly temperament. This good character means that, like the Labrador, it cannot be considered as an effective guard dog.

However, its docility, superlative intelligence and quiet character make it an extraordinary family pet. It is ranked fourth on Stanley Coren's intelligence scale. This dog is trained to learn many jobs: Golden Retrievers make excellent assistance, service and therapy dogs, for instance for autistic children. Here you can discover our favorite names for Golden Retrievers.

If you're interested in adopting one, here you can learn how to care for a Golden Retriever, from puppy to adulthood.

Both retriever breeds are intelligent enough to be used as guide dogs, explosive or drug detectors and search and rescue dogs. Labrador and Golden Retrievers are extraordinary work and service breeds.

If you want to read similar articles to Differences Between Labrador and Golden Retrievers, we recommend you visit our Comparisons category.

1 comment
Rating:
Randy Tailor
05/04/2017
Very detail and informative article.
Thanks admin. . keep it up.
Check out The Personality and Health of Labrador Retrievers 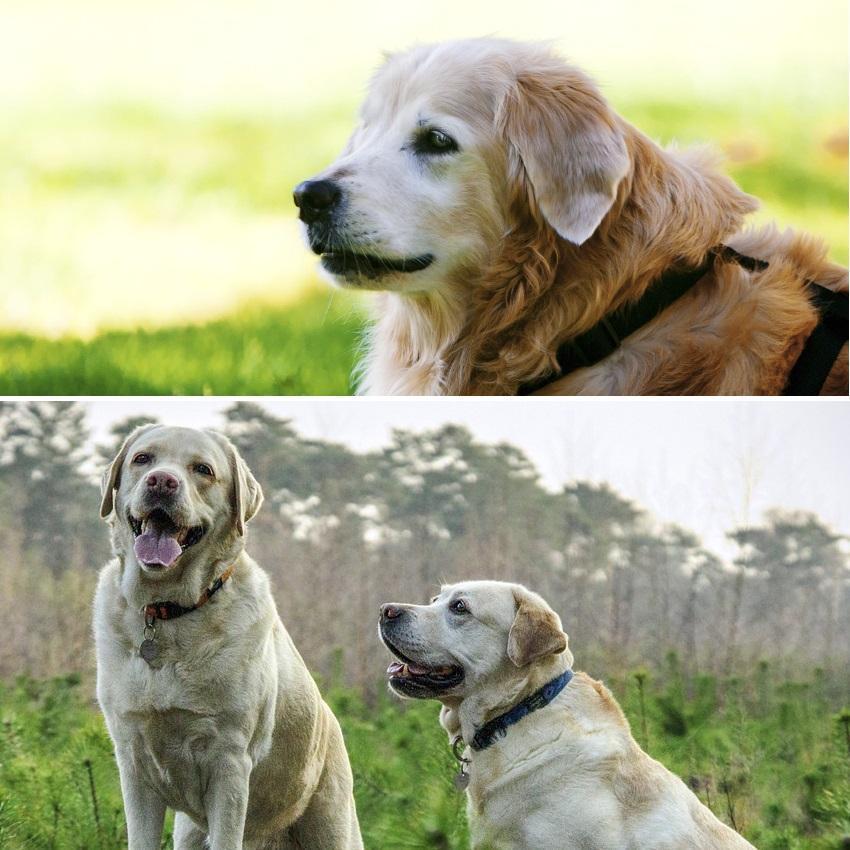 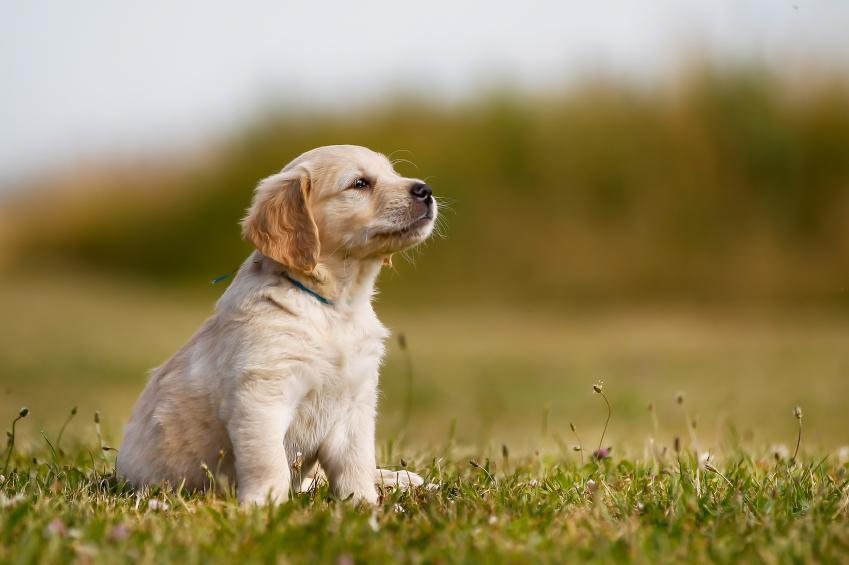 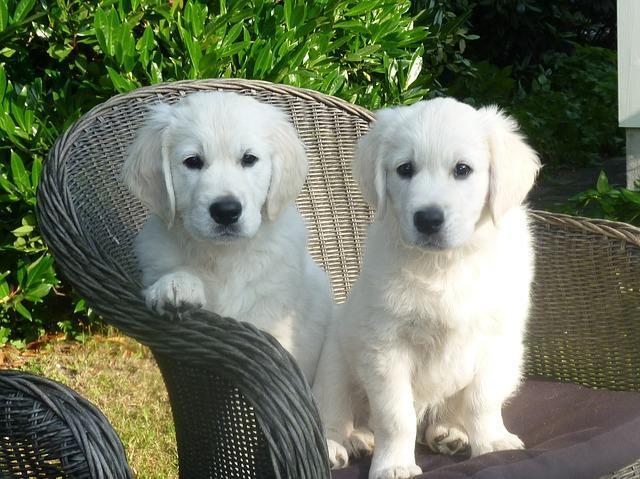 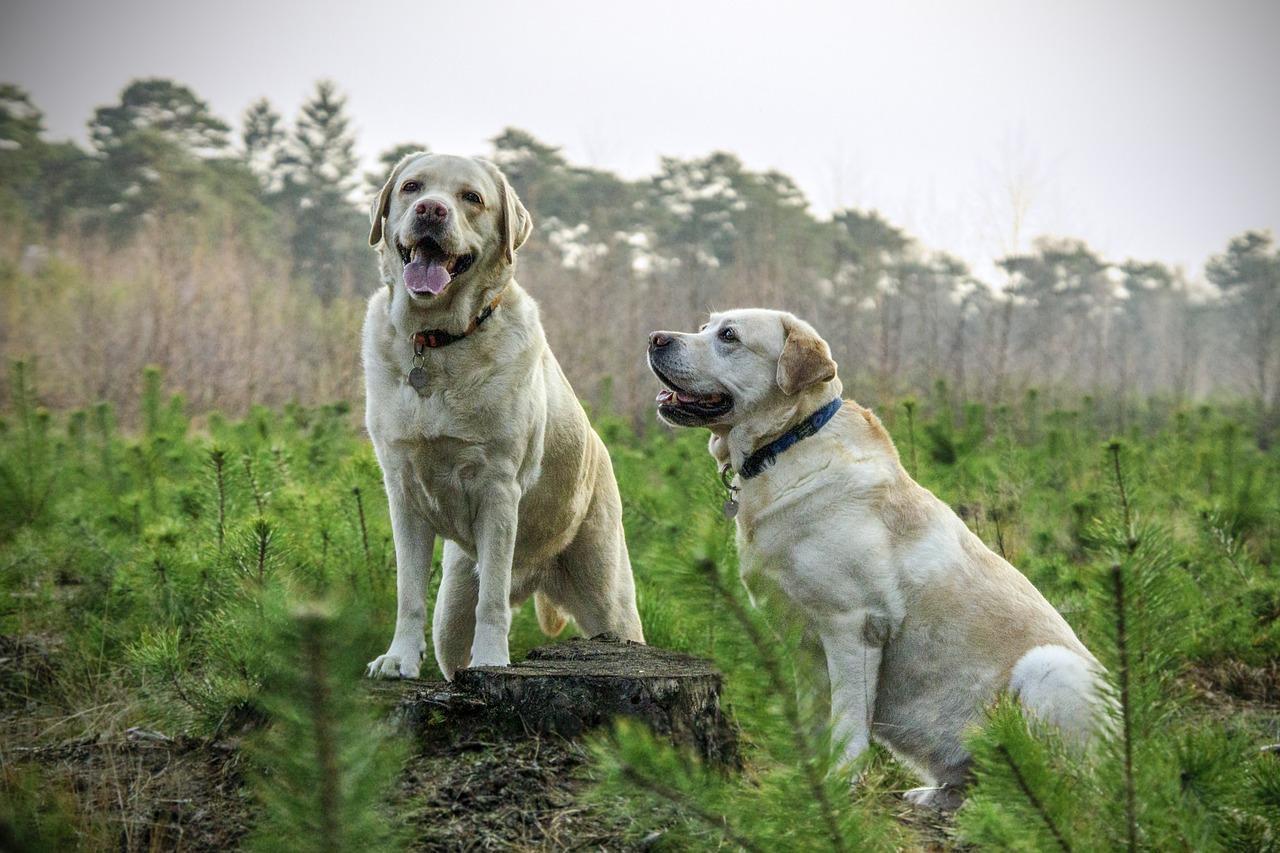 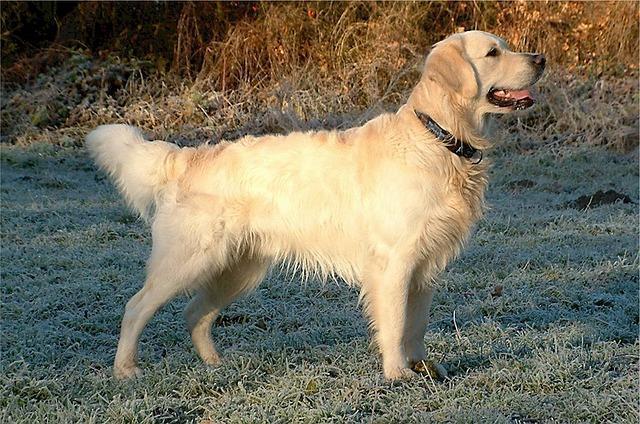 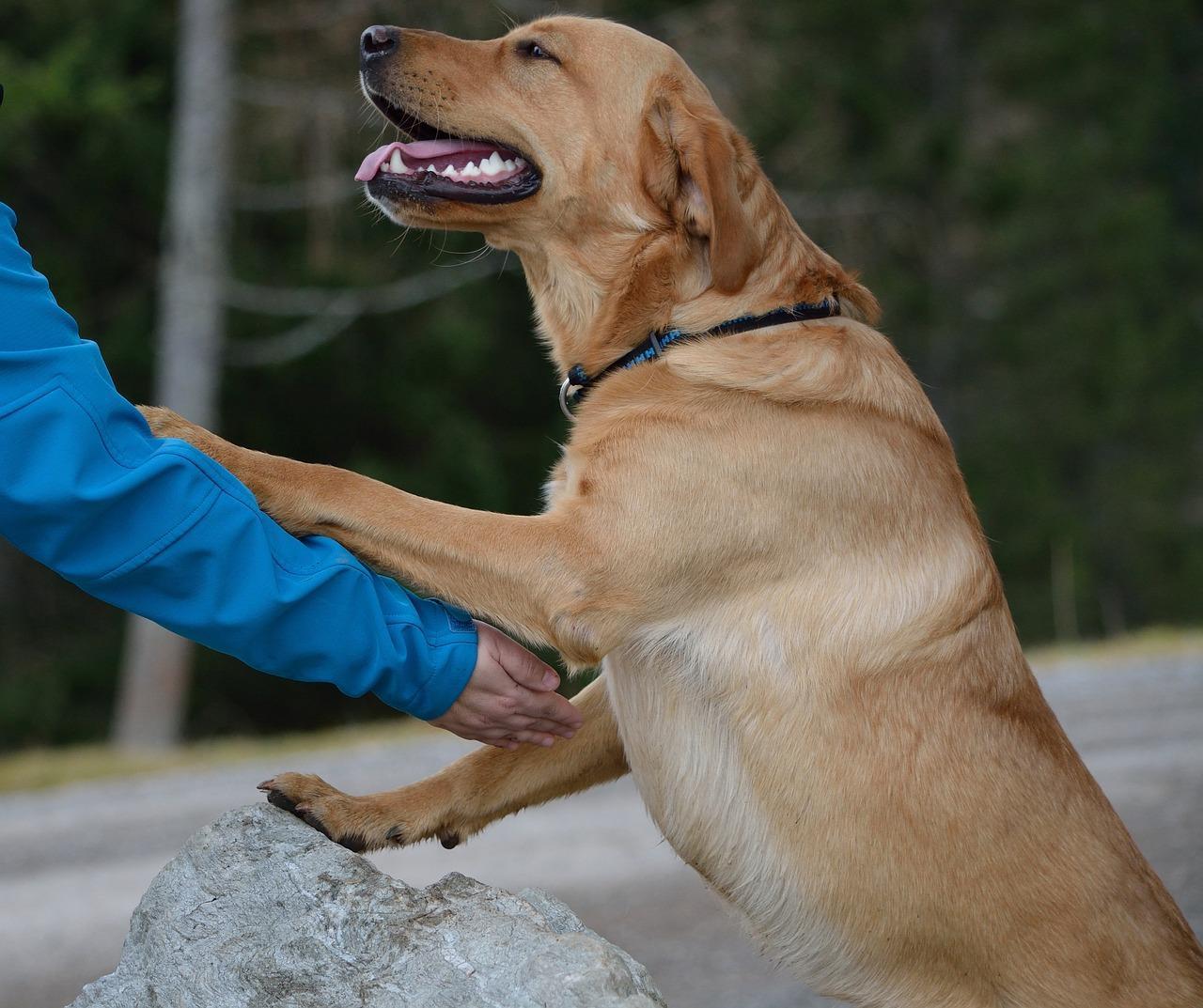 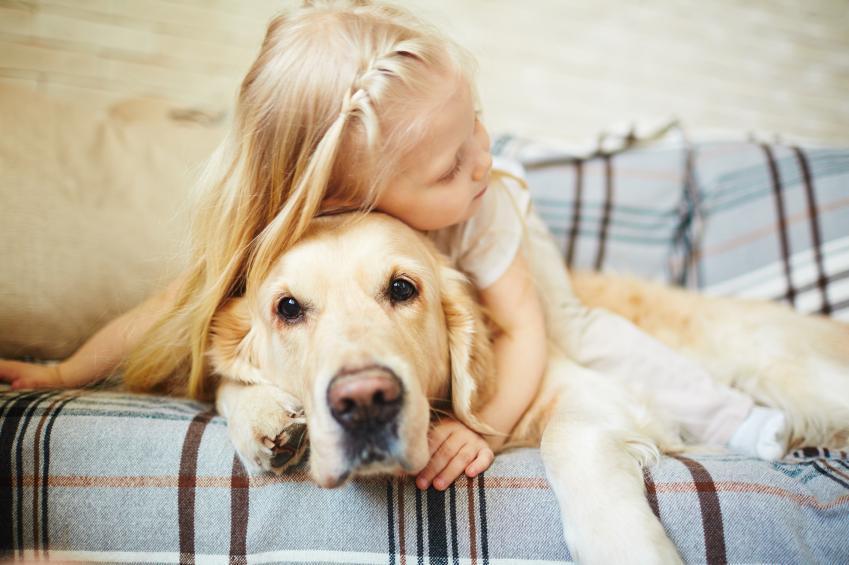