1 comment
By Eduarda Piamore, Expert in canine and feline psychology, education and training.. May 7, 2019 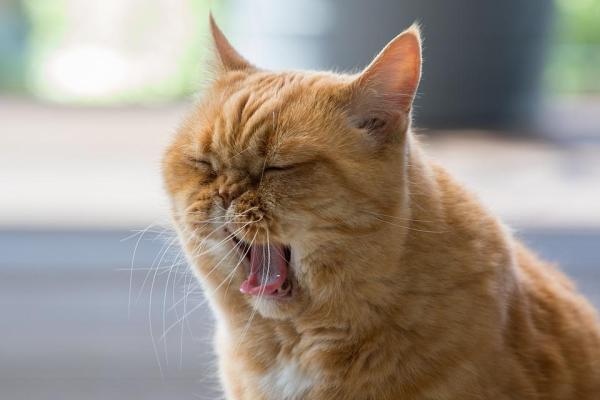 If you have tried to change your cat's food, you may have noticed they have quite a select palate. Their diet is essential to maintain their health and well-being. Any changes to it can put their security in jeopardy. This is why cat guardians can often be alarmed when they see changes in the dietary habits of their feline. In this context, a relatively infrequent, but characteristically odd, behavior in cats is eating dirt. We might even see a cat eating its own litter.

If you want to know more about cats eating dirt, AnimalWised brings you all the background you need to know. We discuss the main reasons why a cat eats dirt and the ways we can best avoid it. In doing so, we highlight a particular cause of this behavior which can eventually develop into a serious health problem.

You may also be interested in: Signs of Stress in Rabbits
Contents

Is it normal for a cat to eat dirt?

Although we may tolerate some seemingly odd behavior in our pets, cats eating dirt is not one of them. It is not normal, it is not acceptable and, importantly, it is not harmless. This anomalous behavior indicates that their well-being is compromised. Furthermore, if we do not act quickly, it can lead to serious health problems.

By eating dirt, your cat might also be ingesting excrement, toxic substances, bacteria, parasites and any other nasty material which shouldn't be eaten. This means the dirt can become a means of contagion for many of the common diseases in cats. This is particularly the case if you see cats eating litter from their litter box. Eating the material onto which cats urinate and defecate can be very dangerous.

In addition to bacteria and other infectious materials, the consumption of foreign bodies can provide practical problems. The indigestible material can irritate and inflame the gastrointestinal system, particularly mucosa in the intestine. The resulting inflammation is known as enteritis, although stomach inflammation (gastritis) can also occur. If inflammation occurs, it can lead to severe blockages which are severely life threatening. If there are sharp objects such as stones in the dirt, intestinal perforation can occur. Internal hemorrhages can be fatal.

Why do cats eat dirt? What reason could lead to them eating litter? There is no single reason for this behavior in cats. To identify the reasons for your cat eating dirt, we need to look at the greater context. Pay special attention to any changes in their routine, nutrition, health or day-to-day behavior.

Considering all the possible risks of your cat ingesting dirt, we recommend you go to the veterinarian. If they are carrying out odd behavior, there may be various factors involved. Only a qualified vet will be able to determine an accurate diagnosis. Below we detail some of the causes which may lead to such a diagnosis.

While there are many reasons behind the behavior of cats eating dirt, there are some main factors we can look at. Here are the five main reason why a cat eats dirt to help us answer our questions:

Symptoms of a cat eating dirt

Many tutors will be unable to spend all day with their cat. For this reason, the cat may be eating dirt without us noticing. One of the most common signs is that, since the dirt is indigestible, it appears in the cat's feces. If the cat is eating litter, then we need to be careful to notice the difference between litter which is in the box and that which has been digested.

In cases where the cat is suffering from pica (the chronic ingestion of inedible material), then we need to look out for certain symptoms. In cases where cats ingest a large amount of dirt, earth, stones or other foreign bodies, they may present the following symptoms:

While we have detailed some common causes of cats eating dirt, we want to highlight pica as a particularly dangerous issue. Pica is a disorder which can also be found in humans. It often leads to similar serious problems as the inedible material becomes lodged in the gastrointestinal tract. With humans, however, we can discuss with patients the reasons behind this behavior. It is often something which is linked closely with mental health issues.

For cats, determining mental health problems are even more difficult. There have been observations of dogs eating non-nutritive objects linked to being crated for too long[1]. However, there is little similar medical evidence to support the same conclusions in cats. We may presume that stress behaviors might be at fault, but a report from 2015 reports that “the ingestion of inedible items... does not seem to be the consequence of a suboptimal environment or early weaning”[2]. This does not mean that suboptimal environment or being taken away from their mother too early do not cause problems, it is just unclear whether pica is one of them.

It has been posited that nutritional deficiencies may be linked to pica in cats. The publication Emergency Procedures for the Small Animal Veterinarian claims that pica in cats may be related to immune-mediated hemolytic anemia[3]. This iron deficiency may help explain why a cat might eat metal objects or eve lick the ground. They may be trying to find minerals of which they are lacking.

Genetics may also play a part in this behavior. ‘Oriental’ breeds such as the Siamese cat are known to engage in this practice more than others. The most common material ingested by cats in a study from 1997 was wool[4]. Unfortunately there is little consensus as to the exact cause of pica in cats. What is generally agreed upon is that it is dangerous behavior and should be stopped.

What to do if your cat is eating dirt

As we state, cats eating dirt is not good for them as an organism. It is important to consider that this behavior might also be linked to a secondary disease, illness or behavioral issue. Lack of appropriate nutrition is one such issue which can manifest itself in various ways. This is why choosing alternative diets such as the BARF diet need to be done carefully and under a veterinarian's supervision.

We also stress how important it is to take your cat to the vet if you have evidence they are eating dirt routinely. After ruling out possible pathological causes, it will be important to pay special attention to the cat's diet, environment and routine to treat and prevent this type of behavior. In this regard, we provide you some basic guidelines to prevent your cat from eating dirt or any other foreign bodies which can cause them harm:

If you want to read similar articles to Cats Eating Dirt - Signs of Pica in Cats, we recommend you visit our Behavioral problems category.

Why does My Dog Eat Everything in Sight?
My Dog Is Eating Sticks
Signs of an Abused Dog
My Cat Is Chewing on Clothes
Related categories
Basic educationAdvanced educationAnimal games and funSports
Most read
1.
Why is my Dog Pooping in the House Suddenly?
2.
Tips to Train an American Bully
3.
How To Stop My Cat From Biting My Ankles
4.
Why Is My Dog Suddenly Scared Of Me?
5.
How to Make a Pit Bull Release its Bite
6.
What Does It Mean When a Dog Lifts a Front Paw?
7.
How to Stop Your Dog From Peeing Inside at Night
8.
Best Time of Day to Walk Your Dog?
Why Does My Dog Eat Rocks?
4 Signs of Stress in Parrots
My Dog Eats Toilet Paper
Why Does My Dog Lick the Ground?
My Cat Keeps Biting Itself - Causes of Excessive Fur Chewing
Signs a Dog Is Scared of Something
Do Cats Get Jealous? - Signs and Behavioral Problems
My Cat Is Scared of Everything

1 comment
Rating:
Michelle MacLennan
09/07/2021
My 10 month old male kitten is licking dirt and recently starting vomiting 1 night he did it for 7 hours and the vet had no idea why, no temp, no tummy lumps, and the only thing he was dehydrated he went 2 days and then started to vomit today again.

It sounds like you will need to take them to a veterinarian.
Cats Eating Dirt - Signs of Pica in Cats 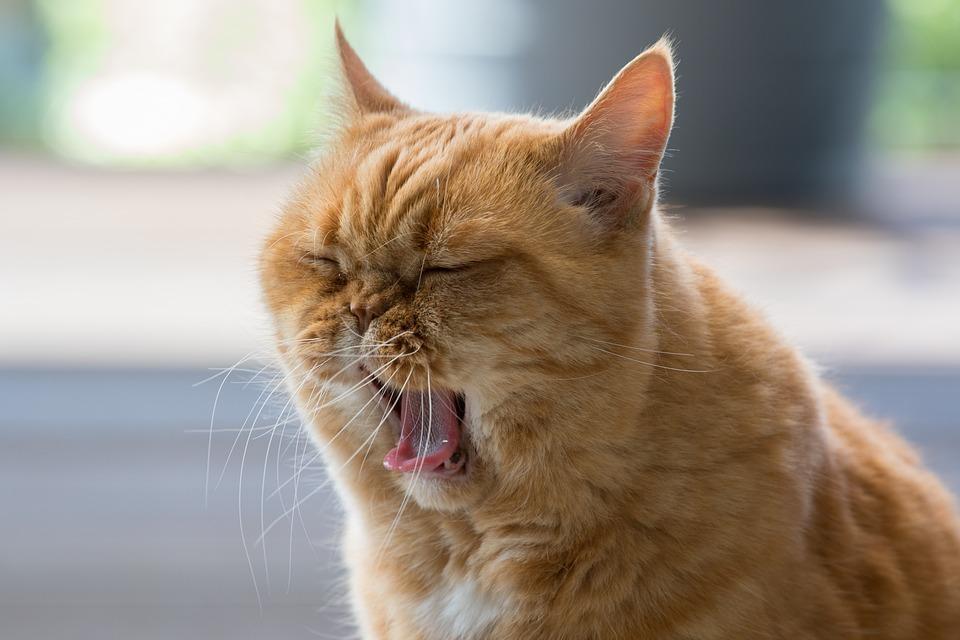 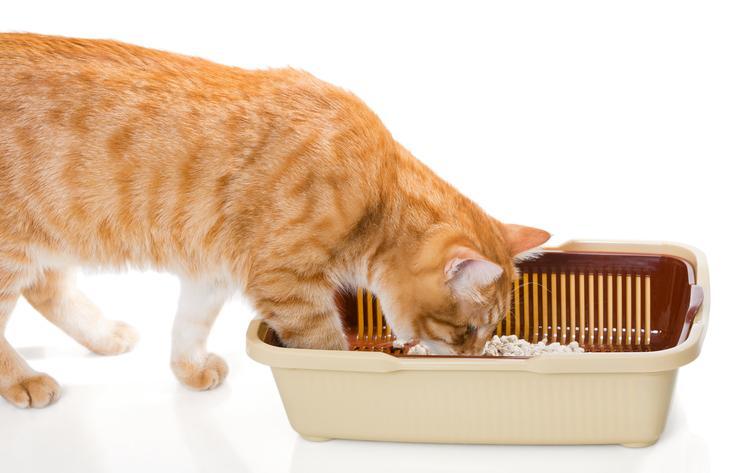 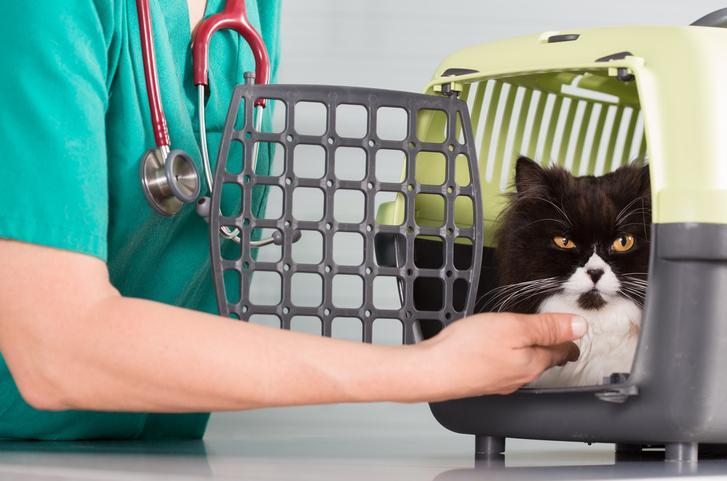