Why Does My Dog Lick Metal? - Pica and Obsessive Behavior

It is not abnormal for our dog to lick many things. Whether they excitedly lick our face when we return from work or licking the ground while out on a walk, these behaviors can have benign explanations. If you wonder why does my dog lick metal?, you may think the same applies. Licking metal objects every once in a while might be a simple way to get some information out of their environment. Licking regularly is likely a sign of an obsessive disorder.

You may also be interested in: Lick Granuloma in Dogs - Treatment and Causes
Contents

How does your dog lick metal?

As with any physiological or psychological problem in our dogs, we need to look at the context of their symptoms. This means we need to see how the behavior manifests itself. If we see our dog licking a metal object while out on a walk or when they find something new in the home, it won't necessarily be a symptom of a problem. Dogs are curious about their environment, using all of their senses to read information and ensure their safety within it. Licking is often just one way of extracting information.

When we see our dogs licking metal objects regularly and obsessively, it indicates there might be another issue at play. As we stated above, this kind of behavior is not well documented. Some of the reasons why your dog licks metal will have some scientific evidence to support it. Others are theoretical and will need further research to back up their hypotheses.

Looking at the context of this behavior also means watching out for other symptoms. If your dog is displaying abnormal behavior such as becoming aggressive or having gastrointestinal issues, then there could be a number of explanations. Going to the veterinarian is the only way to achieve a thorough diagnosis and start a suitable treatment plan if needed. In saying that, below we give some of the possible explanations for your dog licking metal.

Metal itself shouldn't act as a source of nutrition. Dogs know they get their dietary requirements from organic material and not from inorganic metal objects. However, if a dog is suffering from some sort of nutritional deficiency, they may lick objects to try to get the nutrients they are lacking.

There are many minerals that your dog needs to survive and thrive. These minerals are chemical elements which are found in a dog's food. They take the form of simple compounds and include:

Some of these are essential nutrients for dogs, but others (such as iron and zinc) are considered ‘trace elements’. This means they do not need very much of this element to maintain their health. Still, if they do not get them, they can begin to suffer from a nutritional deficiency. For example, dogs which are unable to have a sufficient uptake of iron can develop anemia. This could be due to blood loss or malfunction of certain organs such as the duodenum[1]. Nutritional deficiencies might also explain why certain dogs have been observed licking concrete, sand or other materials.

It is possible your dog is licking metal objects, such as coffee table legs or radiators, because they have a mineral deficiency. It is possible there is an underlying health problem which is causing this inability to synthesize certain minerals. This is why you will need to take the dog to the vert for suitable diagnosis and treatment options. However, it is also possible you are simply providing an inadequate diet for your dog which is leading to their deficiency. Take a look at our article on how much and how often to feed your dog for more information on canine dietary requirements.

There is something on the metal

Before we go into one of the more complicated reasons for dogs licking metal objects, we should also consider some more basic possibilities. If your dog is routinely licking a piece of metal, investigate it to see if there is something on it. One common culprit is some spilled food. Dogs aren't as discerning as we are in terms of food they are willing to eat. Another may be animal waste from another pet in the household. Dogs may be licking this to get information or even perceived nutrition.

As we have said, the way in which your dog licks the metal is important. If they are obsessively licking metal which gives them no nutritional value, the reason is likely due to pica. The reasons why are not fully understood, but it is mainly believed to be a psychopathology.

In a study on rats, it was believed that they might eat non-nutritional substances as a way to relieve dietary stress[2]. This is, in part, because rats lack the ability to vomit. This has not been fully confirmed in dogs, but it is possible that dogs will lick at something as a way to aid digestion. It is important to note that pica is not simply licking of non-nutritious material. Dogs will also ingest things they shouldn't if they are suffering a bout of pica. Although we are not 100% sure why dogs eat grass, using it as a digestion aid is one fairly widely accepted theory.

Pica manifests itself in licking or ingesting objects or substances which seemingly have no purpose being eaten. It is not the same as over-eating or eating indiscriminately. The substances here are eaten for a reason, but the limitations of communication between humans and canines make this reason very difficult to determine. Our only option is to look at some of the research on the matter.

One 2017 case study from the journal Approaches in Poultry, Dairy & Veterinary Sciences discusses a young black Labrador Retriever called Stretch[3]. Stretch ate 54 nails at the age of 8 weeks and had to have the metal surgically removed from his stomach. This is a lot of metal to eat, especially at such a young age. While this may not be the same for every dog with pica, Stretch's case shows us that dietary deficiency was not present. He was provided with sufficient feed and did not present symptoms of malnutrition.

What was more likely to be the cause of Stretch's pica was a lack of contact with his owners. 8 weeks of age is an important time for any dog as this is the time after which they should be allowed to leave their mother and siblings. They can then bond with their human companions and develop the skills they will need throughout their life. Stretch was kept in a cage for 8 hours a day. This prevented him with adequate bonding and is likely to be the cause of his pica.

Another 2017 study, this time from the Journal of Veterinary Behavior, investigated reports of dogs which had been sold through pet stores[4]. They used pica as evidence of one of negative behaviors deriving from the problematic circumstances of pet stores and puppy farms. There was insufficient evidence to show that pica was a common result of neglect, but this is more likely to do with the limitations of the study.

Conversely, it has also been suggested that pica is an anxiety related disorder[5]. They show that dogs which exhibit pica will be more likely to exhibit coprophagy. This is the practice of eating feces and has long believed to be related to anxiety disorders.

Treatment of pica in dogs

What the above studies appear to show is that anxiety and mental stress appear to be one of the main causes of licking metal. Nutritional deficiency doesn't appear to have much evidence to confirm it as another cause, but it shouldn't be ruled out either. When you take your dog to the veterinarian, it is likely they will do a blood test just to rule it out.

If your dog exhibits pica or other obsessive compulsive symptoms, then you should first rule out a possible physical cause. A psychological reason will likely be at fault. For this, you may need to go to an animal ethologist or dog trainer who will be able to look at your dog's routine. They can then make suggestions as to what might be causing their stress of anxiety.

Treatment of pica in dogs will require addressing the reasons for the stress or anxiety. For example, if separation anxiety is a cause, then the guardians will have to spend more time with them. If the dog has ingested pieces of metal or other inorganic or indigestible objects, the doctor will need to take an ultrasound or x-ray. They can then examine the dog for blockages. If the foreign bodies cannot be digested, then surgery is a likely recourse to remove them. This will be to reduce the possibility of developing a potentially fatal gastrointestinal blockage. 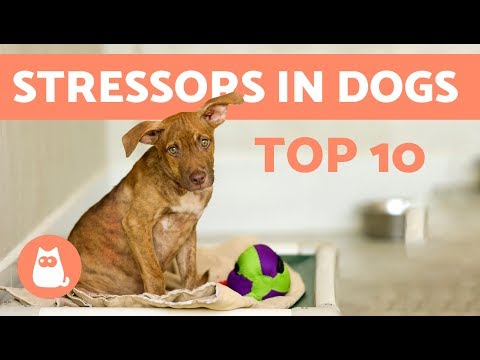 If you want to read similar articles to Why Does My Dog Lick Metal? - Pica and Obsessive Behavior, we recommend you visit our Mental problems category.

Anxiety in Cats
Psychogenic Alopecia in Cats - Causes, Symptoms and Treatment
Why is My Rabbit Sad?
My Dog Walks in Circles
Related categories
MedicineDegenerative diseasesBacterial diseasesOther health problemsParasitic diseasesDe-worming
Most read
1.
My Dog Keeps Licking Her Private Area - All Possible Reasons
2.
My Dog Is Bleeding from His Penis
3.
What to Do if My Dog has Something Stuck in his Throat?
4.
My Dog's Poop Starts Solid Then Goes Soft
5.
My Cat Has Liquid Coming From Their Anus
6.
Why Is My Cat Vomiting White Foam?
7.
Why Does My Cat Push Out His Penis and Lick It?
8.
My Dog Has Pus Coming From His Penis
My Dog Is Stressed Out a Lot
Can Dogs Get Depressed? - Possible Causes and Symptoms
Reasons Why Your Cat is Stressed
My Dog is Scared of Everything All of a Sudden
My Dog is Afraid of the Dark - Causes and Solutions
Separation Anxiety in Dogs
My Cat is Depressed
Weaving in horses

1 comment
Rating:
Aliie
02/04/2019
I had noticed that my dog Ivo will sometimes poo a little bit of material. Once it was a facecloth or part of a towel. I didn't think muych of it, but do you think this might be pica? How compulsive does it need to be?

Dogs will chew and even ingest many non-food items for various reasons. They may simply be curious or they want to help keep their teeth in order. It is only pica when it is obsessive and they ingest these things compulsively.
Why Does My Dog Lick Metal? - Pica and Obsessive Behavior 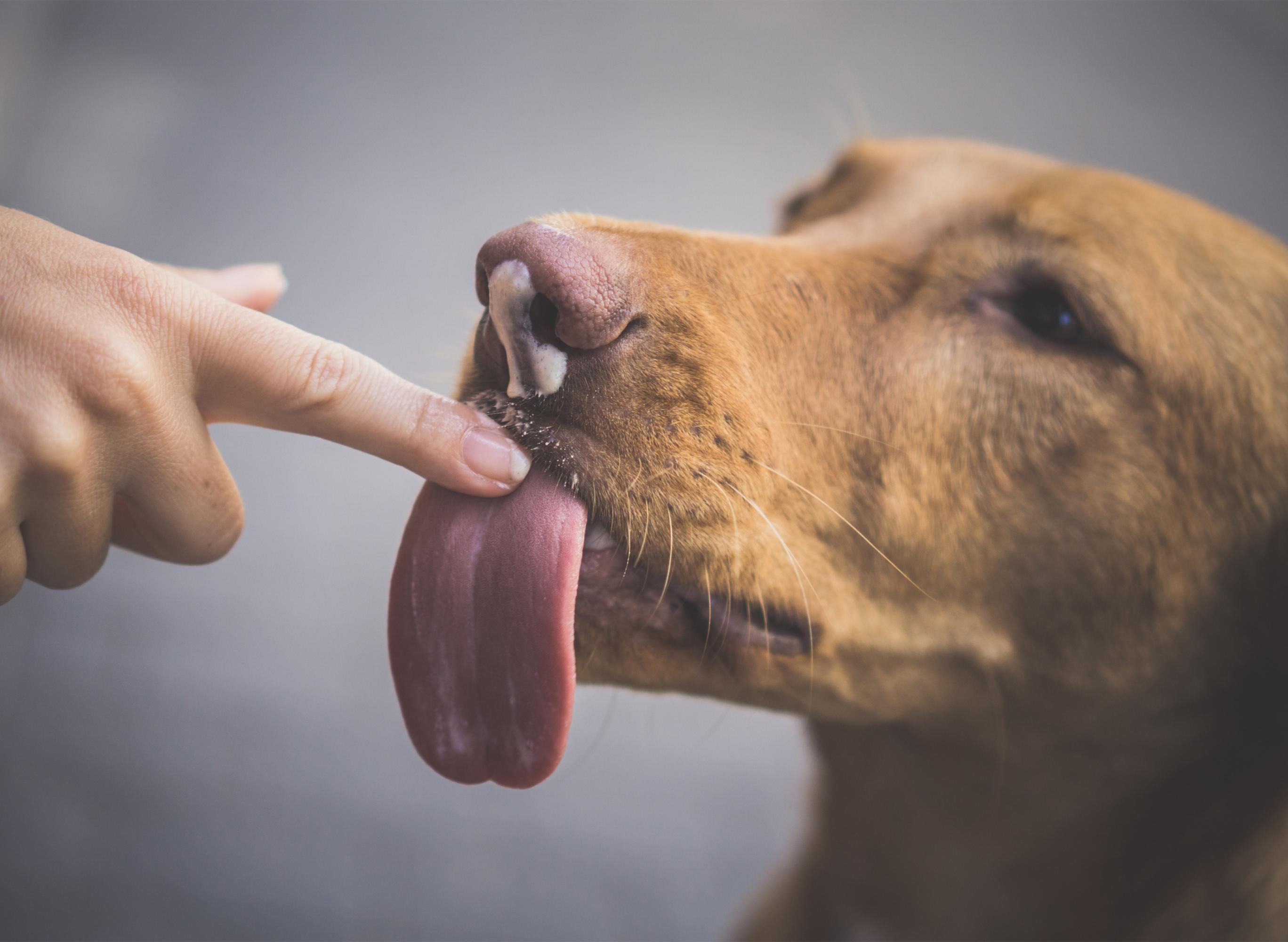 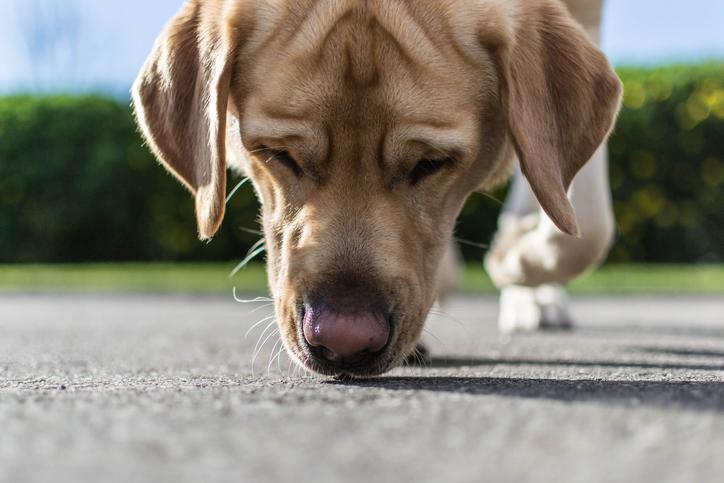 1 of 2
Why Does My Dog Lick Metal? - Pica and Obsessive Behavior
Back to top