Ragdoll cats are one of the largest breeds of domestic cat (they still don't quite rival the heft of a tiger) with males being larger than females. They originated in the United States of America from different breeds such as the Persian, Siamese and Birmese. In recent decades, these felines have become very popular as pets largely due to their remarkable physical beauty and temperate behavior. Ragdolls are loyal and affectionate cats which establish closer bonds with their guardians, a necessity for their health and well-being.

In general, Ragdoll cats have very good health and a life span lasting between 10 and 15 years. However, they need adequate preventative medicine as well as essential care maintenance to maintain good health and behavior. This is why AnimalWised presents common health problems of Ragdoll cats so you can help make your own cat's life as happy and healthy as possible.

You may also be interested in: Common Yorkshire Terrier Health Problems
Contents

Inbreeding can be described as mating individuals which are closely related genetically. This means between siblings, parents and offspring or even later generations. Although less common in mammals, these occurrences can occur spontaneously in nature, such as between mountain gorillas, cheetahs or bees. However, it is something often induced by humans. This is especially so with cat and dog breeders who try to encourage certain genetic traits, usually of the physical kind. They do this to create a standardized breed which appeals to pet owners, but also comes with physical defects which can seriously impair their health.

In Ragdoll cats, inbreeding is a serious problem. About 45% of their genes come from a single Ragdoll cat, appropriately named Daddy Warbucks. Individuals bred from a inbred crosses have a low genetic variety, making them prone to hereditary and degenerative diseases. It also reduces their life expectancy.

Additionally, these individuals have reduced rates of success when it comes to birthing rates and often give birth to malformed kittens. They will generally produce smaller litters and their offspring have a weaker immune system, increasing their mortality rate and reducing chances of survival of both the individual cat and the breed as a whole.

Ragdoll cats are noted for their tameness, enjoying a relatively quiet lifestyle. In general, they are not as active as other breeds of cat, but this doesn't mean they don't need exercise and physical stimulation. They live relatively sedentary lives and are known for their keenness to be held and affection towards humans. They will often become so relaxed when held that their bodies turn limp, making them feel like a ragdoll. Such a sedentary lifestyle may be great for caregivers who have an equally relaxed approach to life. However, it also means they have a greater propensity towards obesity. This is why tutors need not only to provide a balanced nutritional diet, but also encourage exercise, play games and stimulate their mind and body with activities on a regular basis.

Environmental enrichment is key to providing an environment which triggers curiosity in your cat, helping them to become encouraged to play even when you are not around. An enriched home is one with lots of places to explore, has objects with which they can interact and is free from stressors. It should be able to stimulate the cognitive, emotional and social abilities of your cat, helping to prevent both stress and boredom.

Problems with the urinary tract stand out as being one of the most common diseases for Ragdoll cats. This can affect any part of the urinary tract which includes the ureters, urethra, bladder and even the kidneys. Among the most frequent urinary disorders we see in cats are the following:

Each of the above disease has their own symptoms, the acuteness of which will depend on the overall state of health of the individual cat as well as the stage of the disease. However, there are some general signs which may indicate a urinary tract condition:

As with most longhair or semi-longhair cat breeds, Ragdolls can suffer digestive problems from the accumulation of hair. As they are very clean animals, cats groom themselves (and each other) constantly. In the process, they can ingest hair which leads to accumulation in the digestive system, often resulting in a hairball which must be expunged.

If the cat manages to naturally expunge the hairball, it should not offer any alteration to their health. However, if the cat is unable to purge the collected hair properly, you may see the following symptoms:

To help prevent the formation of hairballs in your Ragdoll cat, it is essential to brush them regularly to remove dead hair and dirt. To help maintain the beauty and health of a Ragdoll's fur, we have some advice on brushes to use for longhair cats as well as some tips on how to detangle knots.

Additionally, malt paste has been advised by some veterinarians to be used as a safe and effective way to help your kitten purge themselves of hairballs. Additionally, it may be able to help stimulate them sensorially and encourage their physical and cognitive abilities.

Polycystic kidney disease is a hereditary disease which is most commonly diagnosed in Persian and Exotic Shorthair cats, but is also prevalent in Ragdoll cats. The clinical picture is one where fluid filled cysts grow within the kidney either in utero, during childhood or even in adulthood. As the cat grows, these cysts increase in size and can lead to severe kidney damage as well as kidney failure.

Some of the symptoms of polycystic kidney disease include:

The castration or sterilization of cats with polycystic kidney disease is a crucial preventative measure to prevent the transmission of the disease. It is also helpful in controlling overpopulation and reducing the strain on the resources of animal shelters.

Feline hypertrophic cardiomyopathy is the most common cardiac disease in domestic cats, but is a particular worry to some breeds such as the Ragdoll cat. It is characterized by the thickening of the myocardial mass of the left ventricle, leading to a reduction in the volume of the cardiac chamber in the heart.

As a result of this thickening, the feline's heart is unable to adequately pump blood to other tissues and organs of the body. Complications due to poor circulation are likely to appear, which can include thromboembolism (the formation of blood clots in different parts of the body which impair organic function).

Now you know the most common diseases in Ragdoll cats, you will understand the importance of regular checkups at the vet. This is of course, after initial treatment after adoption where they are provided with an appropriate vaccination and deworming schedule. Deworming will be required more regularly as the effects are not as long-lasting as innoculations, although booster shots may be required. After an initial health assessment, regular checkups every 6 to 12 months is advised.

You will also need to keep a close eye on any physical changes as well as those to their behavior or demeanor. You can do this when you pet them, play with them or even bathing them. If you see any changes which look like they may be symptoms of any of the above diseases or similar conditions, do not hesitate to bring your cat to the vet to rule out any issues or provide appropriate treatment.

If you want to read similar articles to Health Problems of Ragdoll Cats, we recommend you visit our Hereditary diseases category.

Health Problems in Belgian Shepherd Malinois
The Most Common French Bulldog Health Issues
Most Common Health Issues for Poodles
Canine Cryptorchidism
Related categories
Infectious diseasesOther health problemsEye problemsNeurological diseasesBreathing diseasesFirst aid
Most read
1.
What to Do if My Dog has Something Stuck in his Throat?
2.
My Dog Keeps Licking Her Private Area - All Possible Reasons
3.
My Dog Is Bleeding from His Penis
4.
My Dog Has Pus Coming From His Penis
5.
Why Does My Cat Push Out His Penis and Lick It?
6.
My Dog's Poop Starts Solid Then Goes Soft
7.
My Cat Has Liquid Coming From Their Anus
8.
My Dog Keeps Making a Gulping Sound
Cancer in Cats
What is Double Dapple Breeding?
What Is Hip Dysplasia in Cats? - Causes, Symptoms, Treatment
Polycystic Kidney Disease in Cats
Can You Breed a Mother Dog with her Son?
Why Does my Dog Have 5 Toes on its Back Feet?
Is It Bad to Cross Breed Sibling Dogs?
Von Willebrand Disease in Dogs - Causes, Symptoms & Treatment

1 comment
Rating:
Beverlee
07/04/2020
So my dad, son't bring my cat to the vet and says he doesn't have any money and my baby boy cat is estimated 14yrs and he has lost weight and gotten weaker and I wanna know if this is okay he vomits everyday, I am just worried because I don't wanna find him dead I love him so so so much and he is so loved but he is changing and I don't know what to do.
Trisha
05/05/2020
I would somehow find the money to take him to the vet as at his age and losing weight could be a serious problem. You certainly dont want him to suffer I'm sure. Sometimes certain humane societies have lower rates for veterinary care. I would urge you to contact them in your area and see. Good luck!
Health Problems of Ragdoll Cats 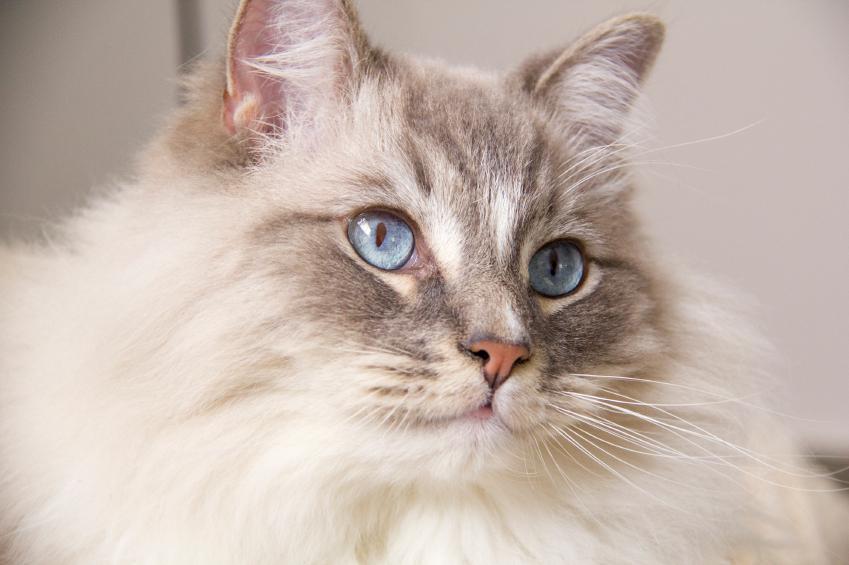 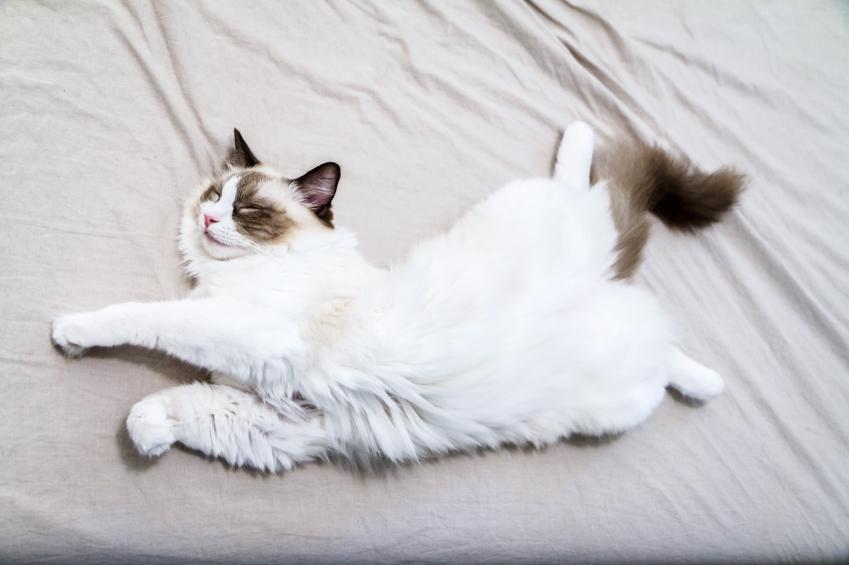 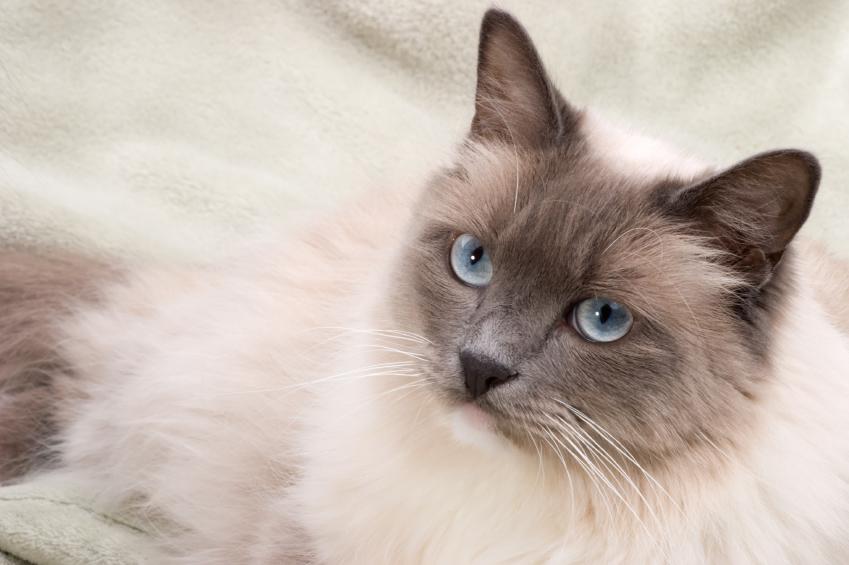 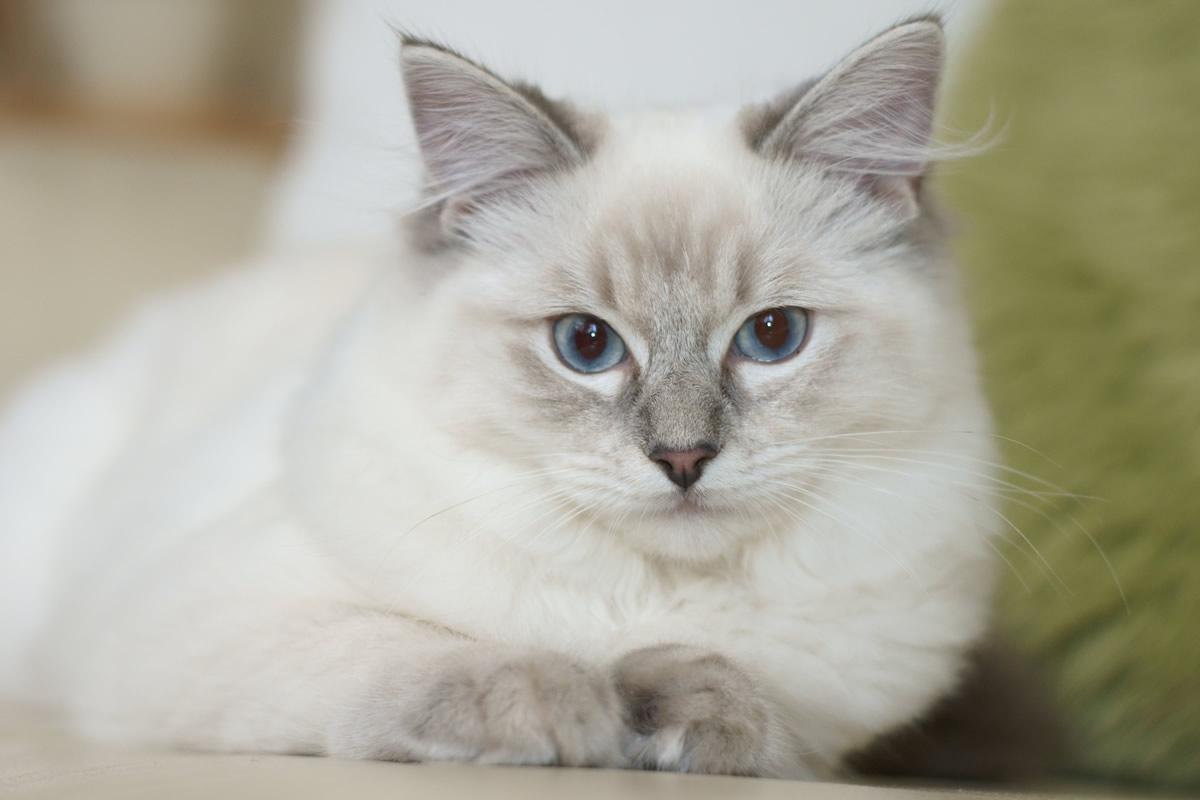 1 of 4
Health Problems of Ragdoll Cats
Back to top