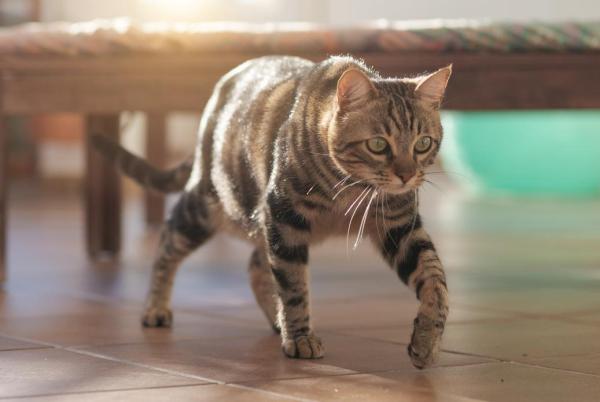 If a cat suddenly starts to walk strange, it can be very disconcerting for their guardian. Some cats suddenly or slowly start to walk with a wobbly gait or stiff legs. There are various causes of this problem. Some of are due to the musculoskeletal system, others due to neurological problems. Cerebellar hypoplasia is in the latter category. While there are various causes, one of the most important is an intrauterine infection caused by the feline panleukopenia virus.

At AnimalWised, we discuss cerebellar hypoplasia in cats. Also known as wobbly cat syndrome, we look in detail at its causes, symptoms and possible treatment options.

You may also be interested in: Ataxia in Cats - Causes, Symptoms and Treatment
Contents

What is cerebellar hypoplasia in cats?

Cerebellar hypoplasia is a neurological disorder. It is condition whereby the cerebellum, a part of the brain which is essential for the working of a body's central nervous system, is underdeveloped. The central nervous system of vertebrates is responsible for many functions of the body, including movement. It is essential for coordination, harmonizing muscle contractions and altering the intensity of movement.

The decrease in size of a cat's cerebellum due to cerebellar hypoplasia leads to disorganization of the cerebellar cortex and a deficiency of granular and Purkinje neurons. The cerebellum can no longer accurately control the cat's movement, leading to their inability to regulate the correct motion of steps, the strength used for a certain movement and inhibits coordination. This is a process known as dysmetria.

Kittens will take time to develop. It takes time for them to even open their eyes. In their early stages, some kittens may not show signs of cerebellar hypoplasia. Others will manifest acute signs from their first week of life. This symptoms will become more pronounced as they develop further.

Causes of cerebellar hypoplasia in cats

Cerebellar damage can be due to either congenital or acquired reasons. However, the damage to the cerebellum usually takes place when the cat is either a fetus or in the neonatal stage. This prohibits the brain to develop properly as they age.

Symptoms of cerebellar hypoplasia in cats

The clinical signs of a cerebellar hypoplasia become evident when the kitten begins to walk. The wobbly gait which typifies the condition had led to it being referred to colloquially as wobbly cat syndrome. However, we need to distinguish from other issues which affect a cat's gait such as degenerative neurological diseases or other causes of feline ataxia.

The main signs of feline cerebellar hypoplasia include:

Since the extent of the disease depends on the extent of the cerebellar damage, symptoms range from mild to very serious. When it is acute, the kitten will have difficulty eating and walking which can be life threatening. If the kitten can't walk, we may see the mother cat move them more than the other kittens in a litter.

Diagnosis of cerebellar hypoplasia in cats

A definitive diagnosis of feline cerebellar hypoplasia is made by laboratory or imaging tests. Generally the manifestation of symptoms can point to a cerebellar disorder in a week-old kitten, often being sufficient to make the diagnosis of this disease.

When a kitten has uncoordinated gait, exaggerated gait, or a wide stance with extended or trembling legs, feline cerebellar hypoplasia due to panleukopenia is suspected. This is especially the case when these movements are exaggerated when they approach their food bowl and if they cease when at rest.

Laboratory diagnosis will always confirm the disease by a histopathology examination after taking a sample of the cerebellum and detecting hypoplasia.

Imaging tests are the best diagnostic method for cerebellar hypoplasia in cats, specifically the use of magnetic resonance imaging or computed tomography. They will show the cerebellar changes indicative of this process. However, many veterinarians will not issue these tests as they are often costly and treatment of cerebellar hypopaslia in cats can be issued without it.

Treatment of cerebellar hypoplasia in cats

Hypoplasia of the cerebellum in cats has no cure nor treatment. It is not a progressive disease. Once the kitten has completed their development, we will know the extent of their symptoms. Although cats with cerebellar hypoplasia will never move like an able-bodied cat, they can have a high quality of life. They will need some specific care and considerations, but we should not euthanize them or refuse adoption because of this issue. In fact, their reduced mobility might be a benefit for some guardians.

For those with the ability, cats with cerebellar hypoplasia can be provided with neurological rehabilitation using proprioception and balance exercises or active kinesitherapy. This way the cat can learn to navigate their environment and compensate for their limitations. This will often involve avoided the high places cats usually love or making movements which require certain levels of coordination.

The life expectancy of a cat with cerebellar hypoplasia can be the same as a cat which is not affected by it. Stray cats have a greater likelihood of developing the disease since they are more prone to infection. We need to ensure the cat is treated for any FPLV issues and we need to do what we can to avoid transmission of any viruses. Stray cats are also more at risk for nutritional deficiencies and other problems which may affect the cerebellum.

Vaccination of cats is very important. If we vaccinate female cats for panleukopenia, this disease can be avoided in their offspring as well as the systemic problems caused by panleukopenia in cats (also known as distemper).

If you want to read similar articles to Cerebellar Hypoplasia in Cats, we recommend you visit our Other health problems category.

Bibliography
Are There Cats With Down Syndrome?
Types of Ataxia in Dogs
Bone Marrow Aplasia in Dogs
Types of Cat Spine Problems
Related categories
Degenerative diseasesBacterial diseasesMedicineSkin problemsReproductive system diseases Pregnancy problems
Most read
1.
Can I Bathe My Dog After Vaccination?
2.
My Dog Is Bleeding from His Penis
3.
My Dog's Poop Starts Solid Then Goes Soft
4.
My Cat Has Liquid Coming From Their Anus
5.
What to Do if My Dog has Something Stuck in his Throat?
6.
My Dog Has Pus Coming From His Penis
7.
Why Does my Dog Have Swollen Breasts?
8.
Myiasis In Dogs - Symptoms, Removal And Treatment
My Cat Can’t Walk - Causes And Solutions
Why Is My Dog Trembling And Can’t Walk?
Gastritis in Cats
Otitis in Cats
Obesity in Cats
Epilepsy in Cats
Diabetes in Cats
My Dog's Leg Is Swollen With Fluid 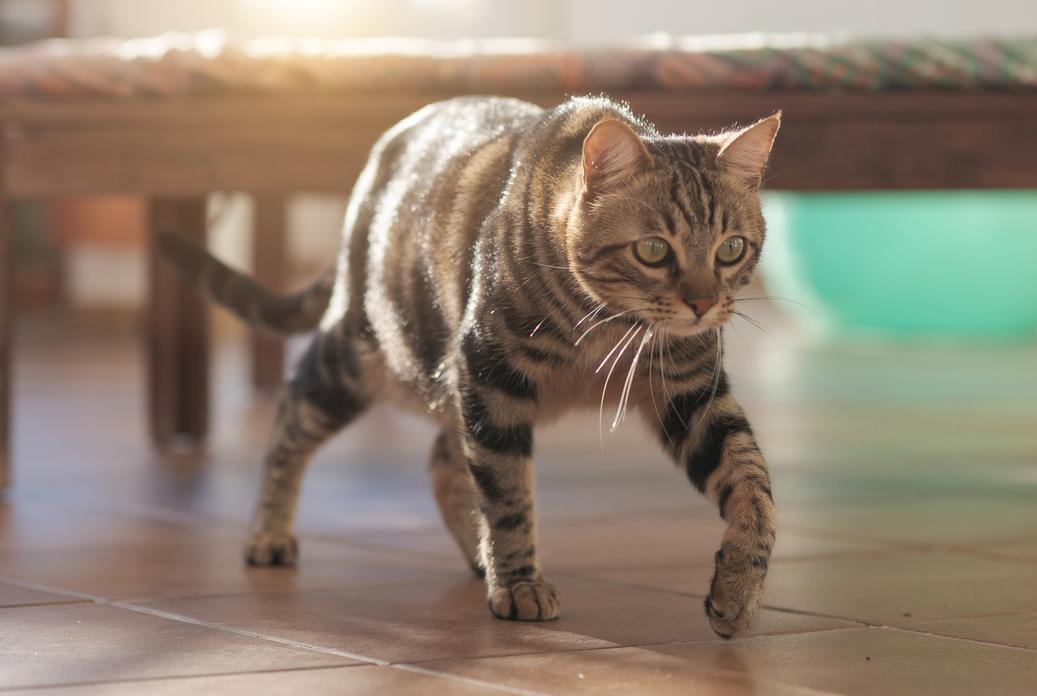 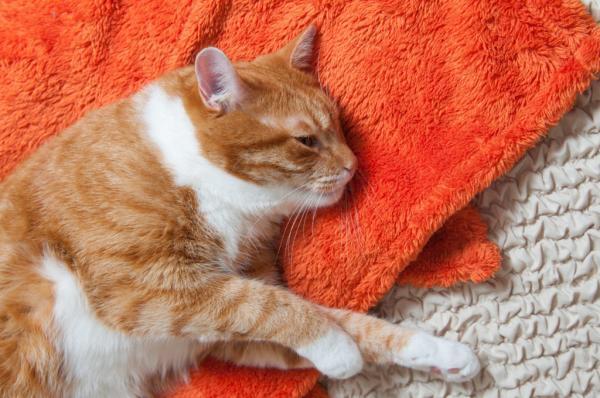 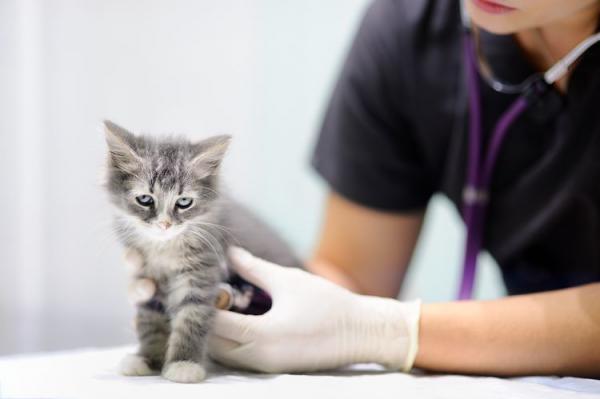 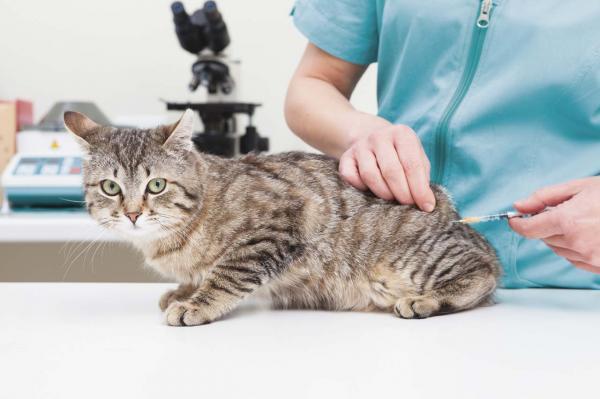 1 of 4
Cerebellar Hypoplasia in Cats
Back to top