There are various internal diseases of dogs which can affect organs and tissues of their body. Some of these are medullary, meaning they affect the internal regions of these internal organs and tissues. Bone marrow aplasia is one such disease, affecting the marrow within their bones. The problem is related to the ability for the marrow to produce blood cells. More specifically, it means it creates too few stem cells which create blood cells. In some cases, it can fail completely. The results are variable on the dog. For example, if the dog produces insufficient red blood cells, they will become anemic. It is also known as aplastic anemia.

At AnimalWised, we discuss the symptoms and treatment of bone marrow aplasia in dogs. We will also see the causes and what possible treatment options are available.

You may also be interested in: Leukemia in Dogs
Contents

What is bone marrow aplasia?

Hypoplasia refers to the underdevelopment of an organ or tissues. When this occurs in the bone marrow, it prevents the creation of sufficient erythroid, myeloid and megakaryocytic cells. These are the cells which create blood cells, platelets and other vital components of the dog's organism. Most significantly, it affects the ability to create red blood cells (erythrocytes), white blood cells (leukocytes) or platelets in the peripheral blood.

Since the creation of blood cells is affected, it is also known as aplastic anemia. Blood marrow aplasia is total if all the precursors are affected and is known as total pancytopenia. It is possible the failure is partial if only some of them are. The absence of hematopoietic tissue is replaced by adipose tissue, which occupies up to 95%.

Bone marrow aplasia or aplastic anemia in dogs can occur due to the following causes:

In addition, a congenital red cell aplasia called Diamond-Blackfan anemia has been described in dogs, specifically affecting young dogs. It causes an absence of erythroid precursors, but the others are intact. An idiopathic or primary aplasia, apparently of immune-mediated origin, is also known, since it responds to corticosteroid therapy.

The clinical picture of canine aplastic anemia will vary according to the degree to which cells in the bone marrow are affected. Total pancytopenia is most serious, since it will cause symptoms related to the lack of red, white and platelet cells: There are various consequences on the affected dog and is lethal in some cases.

The symptoms associated with an erythrocytic aplastic anemia (that which causes a lack of red blood cells) are those similar to other forms of anemia. They include:

When white blood cells are missing, a lack of immune cells responsible for the immune response of the dog causes the dog to have lower immunity. This makes the dog susceptible to all kinds of infections. This can cause osteomyelitis in dogs if the bone itself is infected.

If platelets are missing, dogs will have a tendency to bleed profusely since platelets are involved in blood clotting. These hemorrhages can be minor, such as oral or nasal bleeding. In the worst case scenario, they will occur in internal organs, such as the digestive system or the brain, putting the dog's life at risk.

The diagnosis of medullary aplasia is achieved with a blood test. This canine blood test will be to assess the number of red, white and platelet cells, which are decreased in this disease. Acute canine leukemias should be included in the differential diagnosis.

Once the reduction of bone marrow ability is confirmed, a bone marrow sample should be taken by aspiration or biopsy:

Bone marrow samples are taken from dogs at the following locations:

Both aspiration and biopsies can be very uncomfortable for the dog. They are often performed under general anaesthetic.

The treatment of medullary aplasia in dogs will depend on the types of cells affected. In general, we can see the following treatment options:

Canine medullary aplasia generally has a poor prognosis. It is a pathology in which, in many cases, the response to treatment is poor. Consequently, it can lead to the death of our dog, especially if it does not respond to immunosuppression or the origin of the spinal aplasia is not detected. Fortunately, it is also relative uncommon. It will need to be diagnosed by a qualified veterinarian, one of the reasons it is so important we have regular veterinary checkups for our dog.

If you want to read similar articles to Bone Marrow Aplasia in Dogs, we recommend you visit our Other health problems category.

Leukopenia in Dogs - Low White Blood Cell Count
Anemia in Dogs - Causes, Symptoms and Treatment
Treatment of Lymphoma in Dogs
Chemotherapy in Dogs: What You Should Know
Related categories
Neurological diseasesDe-wormingInfectious diseasesPreventionReproductive system diseases Bacterial diseases
Most read
1.
What to Do if My Dog has Something Stuck in his Throat?
2.
My Dog Is Bleeding from His Penis
3.
My Dog Keeps Licking Her Private Area - All Possible Reasons
4.
My Dog Has Pus Coming From His Penis
5.
Why Does My Cat Push Out His Penis and Lick It?
6.
My Cat Has Liquid Coming From Their Anus
7.
My Dog's Poop Starts Solid Then Goes Soft
8.
My Dog Keeps Making a Gulping Sound
Transmissible Venereal Tumors in Dogs
Rickets in Dogs - Causes, Symptoms and Treatment
Zoonotic Diseases in Dogs and How to Prevent Them
Mast Cell Tumor In Dogs - Symptoms, Prognosis and Treatment
Chemotherapy for Dogs - Side Effects and Medications
Leukopenia in Cats - Low White Blood Cells Count
Bursitis in Dogs - Causes and Treatment
Rickets in Cats - Symptoms and Treatment 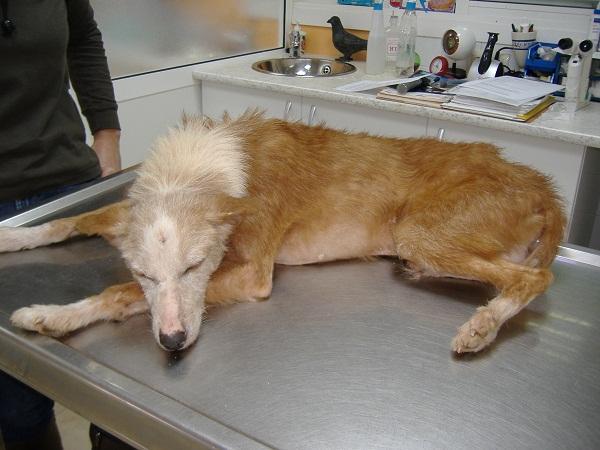 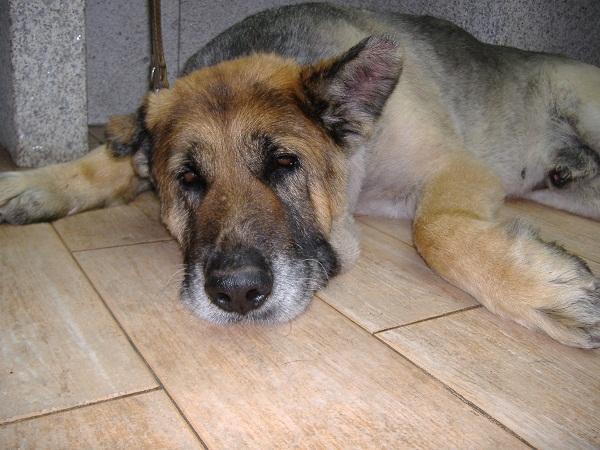 1 of 2
Bone Marrow Aplasia in Dogs
Back to top