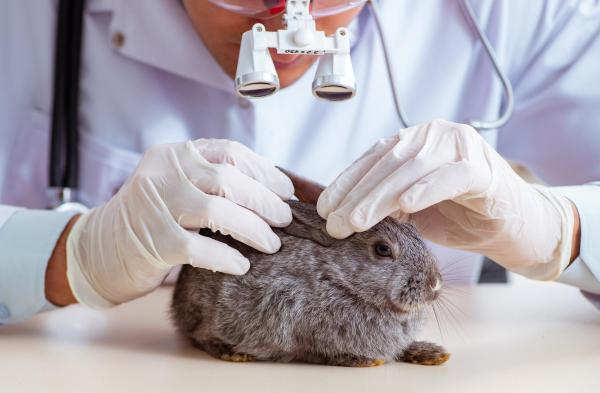 There are many diseases that can affect the ears of rabbits. Elongated ears are one of the most characteristic organs of rabbits and also a small source of problems. Therefore, it is important to know which are the most common diseases so that we can recognize the symptoms as soon as possible and proceed efficiently so that the situation does not worsen.

This AnimalWised article discusses the most common ear diseases in rabbits, their symptoms, and how to treat them.

You may also be interested in: Most Common Diseases in Rabbits
Contents

Otitis in rabbits is an inflammatory and infectious process that can affect the outer, middle or inner ear. It is one of the most common diseases in rabbits, especially in the Belier breed, because their narrow ear canal and the length of their ears obstruct the ventilation of the ear canal.

In bacterial otitis, the main pathogen is Pasteurella multocida, although it can also be caused by other bacteria such as Streptococcus, Staphylococcus, Pseudomonas or Escherichia coli. Ear infections can be caused by direct contact or by the migration of bacteria from the throat or nose into the middle ear through the adenoid tube.

The most common symptoms in rabbits with otitis are:

Treatment of otitis will depend on the cause of the inflammation. Some of the medications commonly prescribed in these cases include the following:

It is important that you follow the treatment prescribed by the veterinarian carefully. It is not advisable to treat the animal without the supervision of this professional.

Continue reading this other article if you want to learn more about how to tell if your rabbit has an ear infection.

Psoroptic mange, also known as rabbit ear mange, is a parasitic disease caused by the mite Psoroptes cuniculi. Animals can become infested through direct contact with infested rabbits or through contact with bedding or other materials containing mite eggs. This parasite, which lodges deep in the external auditory canal, causes very intense itching that causes animals to shake their heads violently, scratch their nails, or rub their ears against the surrounding obects. As a result, bruising, abrasions, and sores in the pinna of the ear occur, leading to self-mutilation in very severe cases.

The treatment consists of:

Ringworm or dermatophytosis in rabbits

Ringworm or dermatophytosis is a zoonotic disease of the skin and coat in rabbits, also known as dermatomycosis or trichophytosis. It is usually caused by Trichophyton mentagrophytes, although they can also be infected, although less commonly, by other species such as Microsporum canis or Microsporum gypseum. Infection can occur through direct contact with other infected rabbits or through contact with the infected environment.

Animals suffering from the disease show:

Diagnosis of dermatophytosis is made by taking a sample of the affected tissue and performing a culture. Sometimes drug treatment is not necessary. It is sufficient to cut the fur around the affected areas and perform a thorough disinfection of the surrounding area.

If necessary, antifungals are administered, either topically or orally. Generally, treatment lasts about two weeks, but each case is different and only the veterinarian can determine what and how long each rabbit will need. For this reason, it is important to visit the clinic as soon as possible. After treatment, new cultures are usually made to check if the dermatophytosis fungus is completely gone.

Otohematoma, as the name implies, is a collection of blood or a hematoma in the pinna of the ear. It is a type of inflammation on the inner or convex side of the pinna that feels soft and wobbly, but is distinct from the rest of the skin of the pinna. If the entire surface of the pinna is not affected, we usually see a sac-like area with this soft content inside.

The cause of otohematoma is trauma. This trauma in most cases is a result of head shaking or paw scratching due to itching. This itching or discomfort in the ear can be caused by various pathologies, such as allergies causing otitis media, mites or foreign bodies.

Usually the most obvious symptom is swelling of the ear, although owners usually notice these other symtoms as well:

Treatment of otohematomas may vary depending on the extent and degree of development:

Small and mild hematomas: are usually resolved by closed aspiration of the hematoma and application of a dressing that allows contact to be maintained between the cartilage and the skin to promote healing. This procedure is not always possible, as there are often significant recurrences that lead to further inflammation of the area puncture by puncture, and then surgical intervention is the only solution.

Large hematomas: require a surgical technique that is more aggressive, but also definitive.

Finally, one of the most common ear diseases in rabbits is fibromatosis. Fibromatosis is a disease caused by the Shope fibroma virus. Infection with this virus leads to the formation of tumorous nodules on the skin, which initially appear mostly on the ears, extremities, and around the eyes. Generally, they are alopecic nodules that fester easily.

Fortunately, the tumors usually disappear spontaneously within about 6 months. Widespread disease and death from this virus are rare, especially in young rabbits.

As you have seen, ear diseases in rabbits are very diverse and all require special treatment. Therefore, it is very important that you contact a veterinarian if you observe any symptoms. Keep reading this other article to learn more about the most common diseases in rabbits.

If you want to read similar articles to Common Diseases of Rabbit Ears - Symptoms, Causes and Treatment, we recommend you visit our Other health problems category. 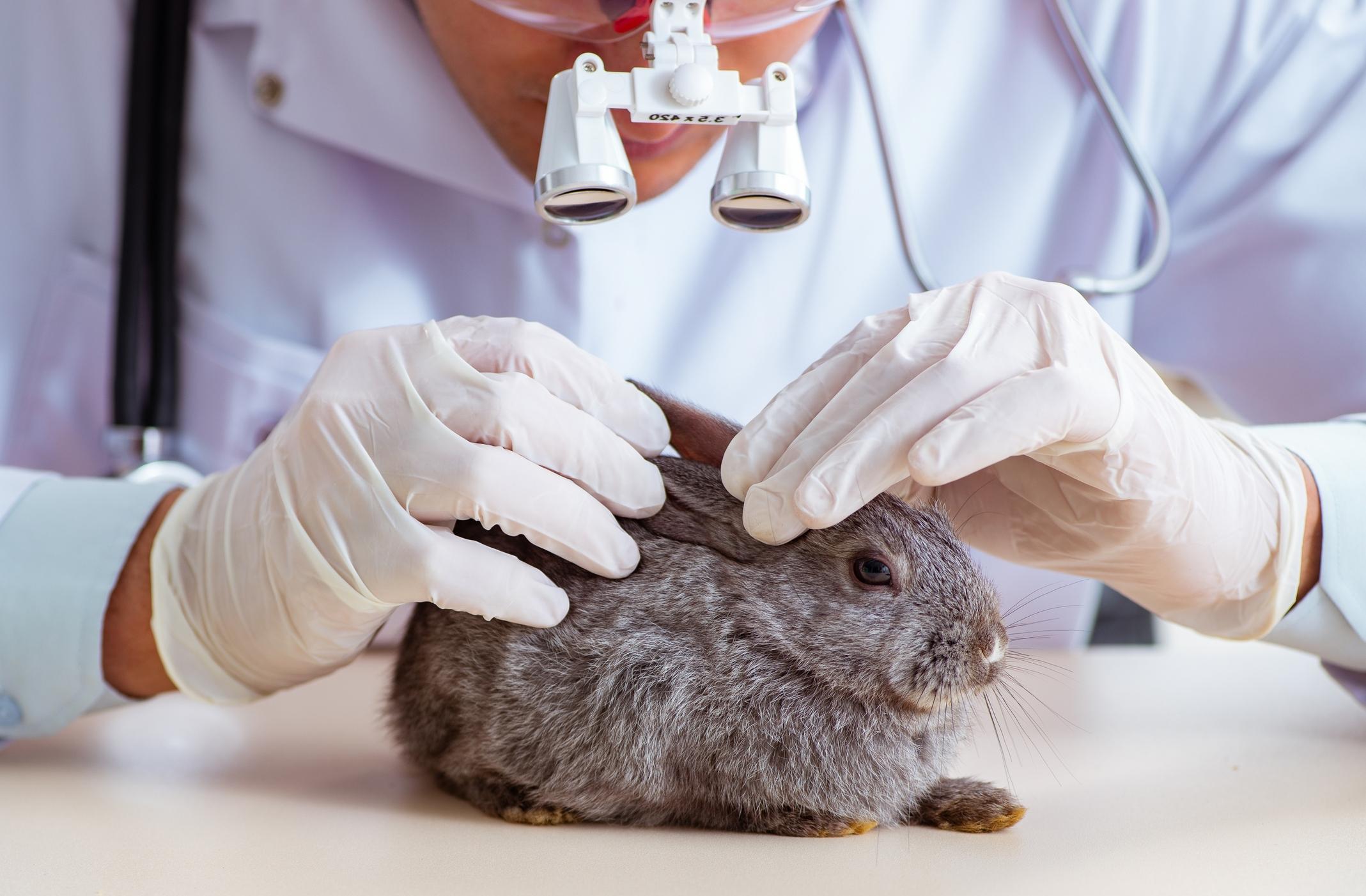 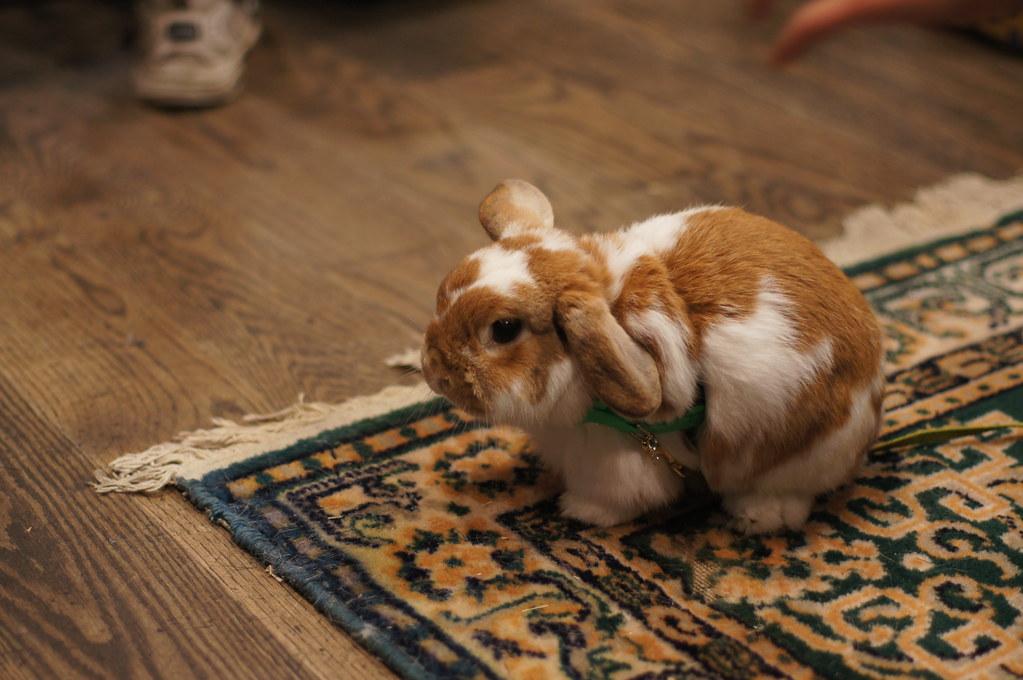 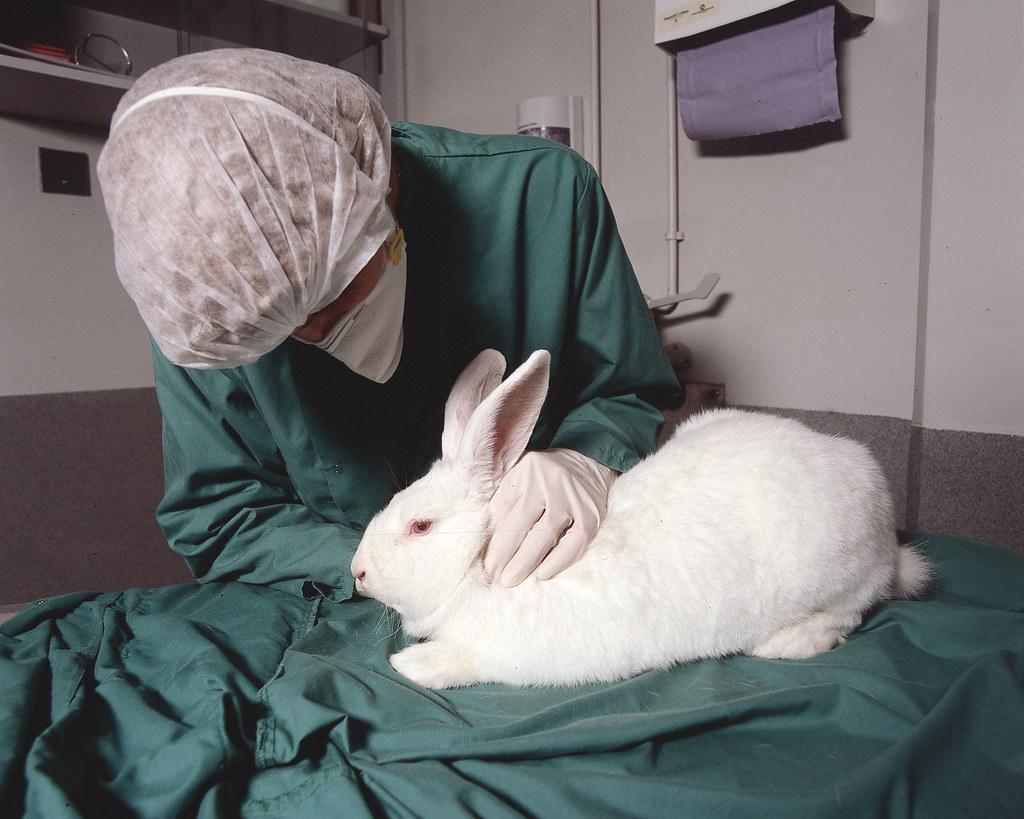 1 of 3
Common Diseases of Rabbit Ears - Symptoms, Causes and Treatment
Back to top