Imagine a world without dogs. Not nice to consider, is it?

They have been such an integral part of our lives for thousands of years, it is too difficult to comprehend a life without them. This wonderful relationship between dog and human comes with great responsibility though. We must not only love and feed them, but cover all their physical and psychological needs, whether puppy, adult or old.

If you are a caring owner for your dog you are probably already clued up on the most common diseases in dogs. However, in this article from AnimalWised, we will talk about something that you may be unfamiliar with; Cushing's syndrome in dogs and their symptoms and causes. Read on to find out how this syndrome affects our furry friends and what you can do about it.

You may also be interested in: My Old Dog Is Drinking Lots of Water
Contents

What is Cushing's syndrome?

Cushing's syndrome is also known as hyperadrenocorticism and is an endocrine (hormonal) disease that occurs when the body produces chronically high levels of the hormone cortisol. Cortisol occurs in the adrenal glands, located near the kidneys.

An adequate level of cortisol helps our body respond in a normal way to stress, by balancing body weight and maintaining a good structure of tissues and skin, etc. However, when the body undergoes an increase in cortisol and there is an overproduction of this hormone, the immune system weakens and the body becomes exposed to possible infections and diseases, such as diabetes mellitus. This excess hormone can also greatly damage different organs, greatly reducing the vitality and quality of life of the suffering animal.

In addition, the symptoms are easily confused with those that cause normal aging. Too many dogs are not diagnosed with Cushing's syndrome since the symptoms can go unnoticed by owners of old dogs. It is vital to detect the symptom chart as soon as you can and perform all possible tests until you diagnose the origin of the syndrome and treat it as quickly as possible.

Causes of hyperadrenocorticism in dogs

The origin or cause of Cushing's syndrome has not been clearly defined. There are three possible causes that may be causing the overproduction of cortisol:

As we have already mentioned, the adrenal glands produce the hormone cortisol, so a problem in these can trigger the Cushing's syndrome. But the adrenal glands, in turn, are controlled by the hormone that is secreted in the pituitary gland or pituitary, which is located in the brain. Therefore, a problem in the pituitary can also lead to a lack of control of cortisol levels. Finally, glucocorticoids and other drugs are used to treat certain diseases in dogs, but if they are misused, they can end up stimulating Cushing's syndrome, as they alter the production of cortisol.

It can be said that the most common origin in Cushing's syndrome or hyperadrenocorticism, between 80-85% of cases, is usually a tumor or a hypertrophy in the pituitary gland that secretes too much ACTH hormone, causing the adrenals to produce more cortisol than normal. Another less frequent form, in 15-20% of cases, occurs in the adrenal glands usually due to a tumor or hyperplasia. The iatrogenic origin is much less frequent.

It is vitally important that the cause of Cushing's syndrome be detected as quickly as possible. Obviously an expert veterinarian should do this by performing various tests and prescribing the most appropriate treatment, which will depend entirely on the cause or origin of the syndrome.

As previously stated, many of the easily visible symptoms can be confused with the typical symptoms of old age in a dog and, therefore, many people do not realize these signs are due to an abnormality in the production of cortisol or Cushing's syndrome. As the disease usually develops slowly, the symptoms will appear gradually and it may take months or even years for them all to appear. Keep in mind that not all dogs respond the same to increased cortisol, so it is very possible that not all dogs will have all the symptoms.

Although there are more, the most frequent symptoms of Cushing's syndrome are the following:

Sometimes, the simplest way of identifying Cushing's syndrome is not from its symptoms, but if the vet detects a secondary disease produced by it. For example, diabetes mellitus, secondary hypothyroidism, nerve and behavioral disorders, among other possibilities.

Predisposition in some dogs

This abnormality of the functioning of the adrenal glands, which causes an overproduction of cortisol, is more frequent in adult dogs than in young dogs, usually from 6 years and especially in dogs over 10 years . It can also affect dogs suffering from episodes of stress or other related conditions. It seems that there are indications to think the most frequent cases of Cushing's syndrome with pituitary origin occur in dogs of less than 20kg. Whereas, cases of adrenal origin are more frequent in dogs of more than 20kg, although it can indeed occur in small dogs.

Although the sex of the dog does not influence the occurrence of this hormonal syndrome, the breed seems to have some influence. These are some of the races most likely to suffer from Cushing's syndrome, depending on the origin of the problem:-

Origin in the pituitary gland:

Origin in the adrenal glands:

Iatrogenic origin due to contraindicated or excessive administration of glucocorticoids and other drugs:

Diagnosis and treatment for cushing's syndrome

It is very important that if you detect any of the symptoms mentioned, you should go to your veterinarian to perform all the tests that he or she considers necessary. They will be able to discard or diagnose Cushing's Syndrome in your dog and offer the best solution and treatment.

The veterinarian should perform various tests such as blood tests, urinalysis, skin biopsies in areas with abnormalities, X-rays, ultrasounds, specific tests to measure the concentration of cortisol in the blood and, if the pituitary origin is suspected, a CT and MRI scan should be done.

The veterinarian will prescribe the most appropriate treatment that will depend entirely on the origin of Cushing's syndrome for each dog. In most cases, medication can treat the condition, but your pup will need it for life. If they have a tumor on their adrenal glands, the vet may be able to surgically remove it, however, if the tumor spreads, surgery may be too dangerous. Treatment based on chemotherapy or radiation therapy is also considered when tumors are not operable. If your pet has iatrogenic Cushing's syndrome, the vet may try to gradually stop giving them steroids, but the original condition they were treating will probably come back.

Many parameters of the health of your dog and of the probabilities in each case will have to be considered to decide if one treatment or another is better. In addition, you will have to make periodic visits to the vet to control the cortisol levels and adjust the medication if necessary.

If you want to read similar articles to Cushing's syndrome in dogs, we recommend you visit our Other health problems category.

Cushing Disease in Cats - Symptoms, Treatment, Pictures
Shaker Syndrome in Dogs - Idiopathic Cerebellitis
What is Horner's Syndrome in Dogs?
Do Labs Shed? - Causes, Symptoms and Treatment
Related categories
Home RemediesFirst aidInfectious diseasesParasitic diseasesEye problemsCardiovascular diseases
Most read
1.
My Dog Keeps Licking Her Private Area - All Possible Reasons
2.
My Dog Is Bleeding from His Penis
3.
What to Do if My Dog has Something Stuck in his Throat?
4.
My Dog's Poop Starts Solid Then Goes Soft
5.
My Cat Has Liquid Coming From Their Anus
6.
Why Is My Cat Vomiting White Foam?
7.
Why Does My Cat Push Out His Penis and Lick It?
8.
My Dog Has Pus Coming From His Penis
Diabetes Mellitus in Dogs - Symptoms and Treatment
My Dog Can't Walk on Their Back Legs All of a Sudden
My Dog's Tail Is Limp - Limber Tail Syndrome in Dogs
My Puppy Keeps Scratching and Itching
Causes and consequences of obesity in dogs
Urinary Incontinence In Dogs - Causes and Treatment
My Dog Keeps Sticking Their Tongue Out
Diabetes in Cats 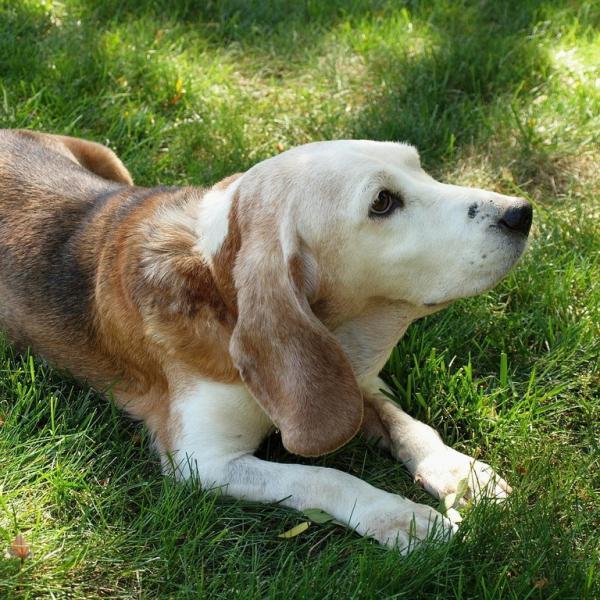 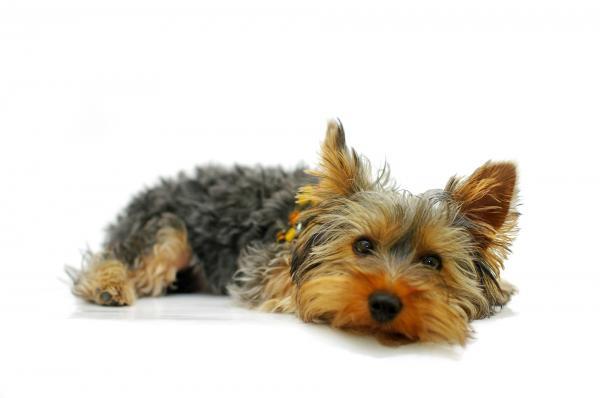 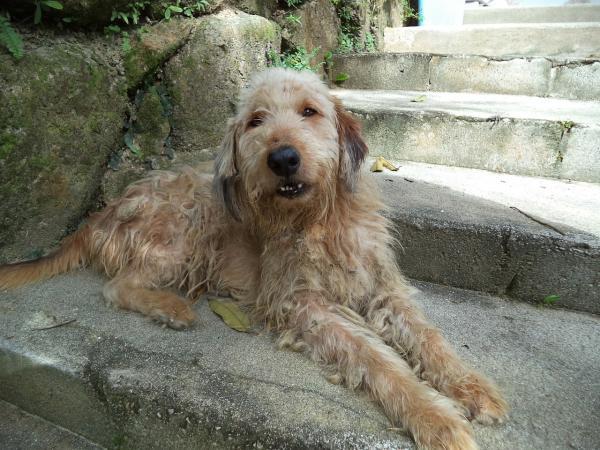 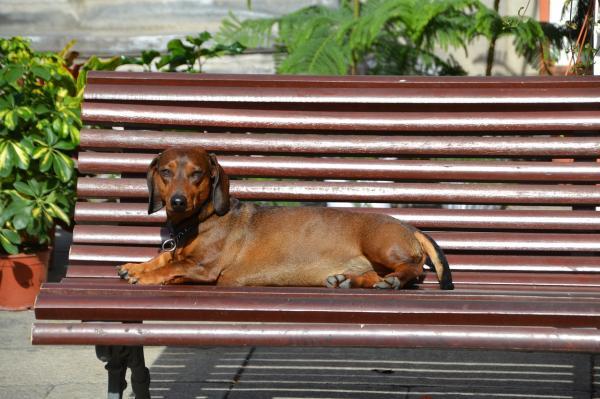 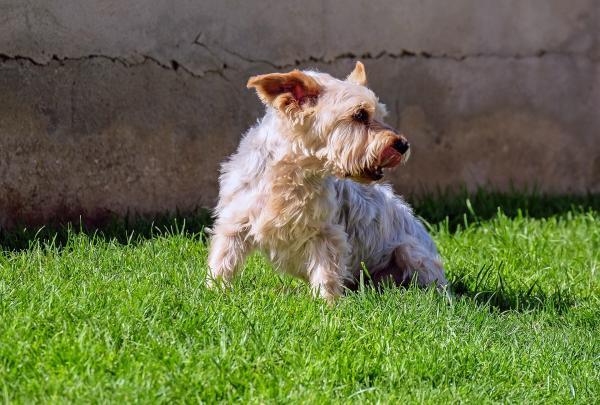 1 of 6
Cushing's syndrome in dogs
Back to top