Differences between a Cheetah and a Leopard

Both are large spotted-skinned felines, excellent hunters and share habitats at certain times. However the cheetah and the leopard do not have as many things in common as it may seem.

If you have always wondered the differences between a cheetah and a leopard you have entered the appropriate site. In this article we will review the physical differences, their style of hunting and their adaptability, among others.

At first glance, the cheetah and the leopard are different:

An interesting fact is that the black panther is also a leopard, a melanic leopard (with a lot of melanin, which gives the uniform dark aspect to the coat).

The closest relatives of the leopard are the lion, the tiger and the jaguar, while the cheetah resembles the great European cats, even a greyhound if you look at their long legs and their narrow waist. The cheetah is aerodynamically perfect for the race.

The cheetahs also have a layer of thick, golden hair on the head and back, which helps them camouflage and gives them a gorgeous look. They are unmistakable.

The cheetah inhabits the African continent, more specifically in the central and southeast areas. It is one of the animals of the African savannah.

The leopard is very adaptable and can thrive in a forest, jungle or rocky terrain. For that reason its territory extends from the African continent, where sometimes it shares habitat with cheetahs and lions, until the South of the Asian continent, where it sometimes coexists with the tiger.

Leopards can change habits like hunting time, compared to other big cats in territories where they coexist with several species, since they are active much of the day and night.

The leopard and cheetah as hunters

The cheetah is the fastest terrestrial animal with its 114 km/h speed that lasts for a few seconds. In terms of distance this is around 200 or 300 meters. The cheetah hunting method, is based on peak speed. For each failed attempt they consume a lot of energy, so they lurk. They do not act desparately despite being hungry. It is difficult for a gazelle to escape a cheetah if they get as close as 50 meters. The cheetah has double the success rate as the leopard when it comes to hunts.

As a feline hunter, the cheetah has a characteristic that makes them unique: their claws are not retractable. Why is this? The explanation again is their excellent adaptation to the race. If a cheetah ran with their sharp claws extended, they would be worn down very quickly and couldn't serve to wound and kill their prey. If their claws were inside the padded covers - typical of felines - their stride would not be so effective (lack of support) to reach their characteristic speed, and many prey would escape. Therefore the cheetah's claws are solid and blunt, similar to those of the canids.

In order to kill their prey once they reach it, the cheetah retains a single sharp claw, on the inner side of their hind legs, which never touches the ground during the run. They use this claw in combination with their fine and sharp tusks and often kill their prey by strangulation.

After a successful hunt they need to rush to eat what they can because other carnivores like the leopard or lion, with whom they share habitat on many occasions, or even scavengers such as hyenas can snatch their prey.

On the other hand, the leopard usually preserves their prey entirely, because in addition to being more burly and able to defend them, it is customary to raise them to the tops of trees. They are hunters and scavengers. Their anatomy makes them excellent fighters and jumpers.

Adaptability to environment and threats to the species

Although the cheetah is an excellent hunter, their species is in serious danger of extinction. They are the only member of the genus Acinonyx that has not been extinguished.

The survival rate of cheetah offspring is very low because only half of their average litter of three to five pups usually survive. Cheetah pups, despite being able to camouflage themselves well by their characteristic brown mane, are usually easy prey for other predators when their mother goes hunting.

However, we must stress the problems of poaching and the destruction of their natural habitats. They are also a species that do not breed in captivity. In exceptional cases, in specialized centers with very large terrain there may be some case of successful breeding of cheetahs, although it is not achieved with all the females.

Leopard pups do not have a special system to blend with their environment beyond their characteristic spots of adults, but have a survival rate much higher than that of cheetahs. The leopard is close to being considered a threatened species.

The Asian cheetah is a subspecies of cheetah that mainly inhabits Iran and is in serious danger of extinction (it is estimated that there are less than 100 specimens).

In America there existed two great felines that at first were related to the puma, but were decided years later by their morphology that they were fact a cheetah. Both species of American cheetah are unfortunately extinct.

Facts about the cheetah

The ancient Persians “domesticated” cheetahs. We write in quotation marks because the cheetah is a wild animal and never a pet. However they posess the peculiarity of being able to adapt to human treatment if they are brought up with this from when they are a cub. In other words, the cheetah accustomed to the human being is a much less fierce animal than, say, a tiger.

In the Middle Ages, the high aristocracy of India and Europe also employed trained cheetahs for the hunting of gazelles, deer or even hares.

This ancient custom of capturing cheetahs to be exposed or trained almost led them to extinction, condemning the captured individuals to die childless. In fact, the current population of cheetahs faces the problem of low genetic variability. They are the descendants of a few specimens from a time when they were even more threatened than today.

Facts about the leopard

Although much more ferocious than the cheetah, the leopard avoids contact with humans because they fear us.

Many subspecies of leopard are known and only one of them has become extinct.

If you want to read similar articles to Differences between a Cheetah and a Leopard, we recommend you visit our Facts about the animal kingdom category.

Differences between a Cheetah and a Leopard 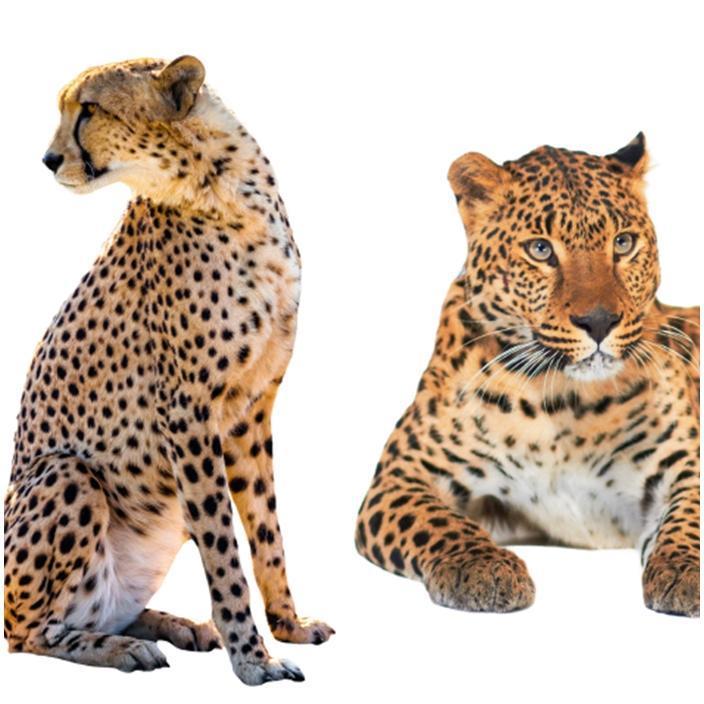 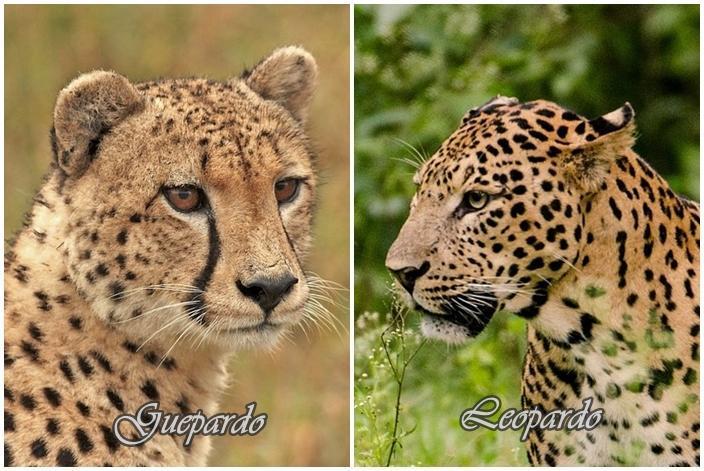 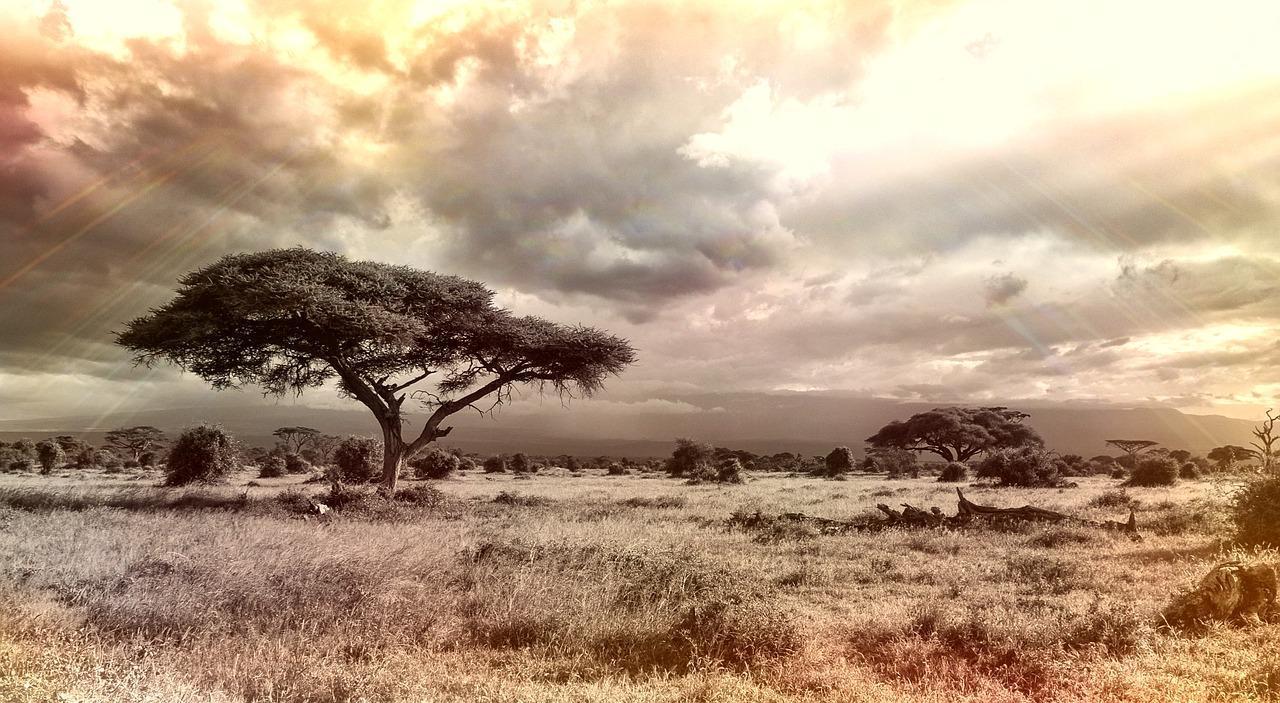 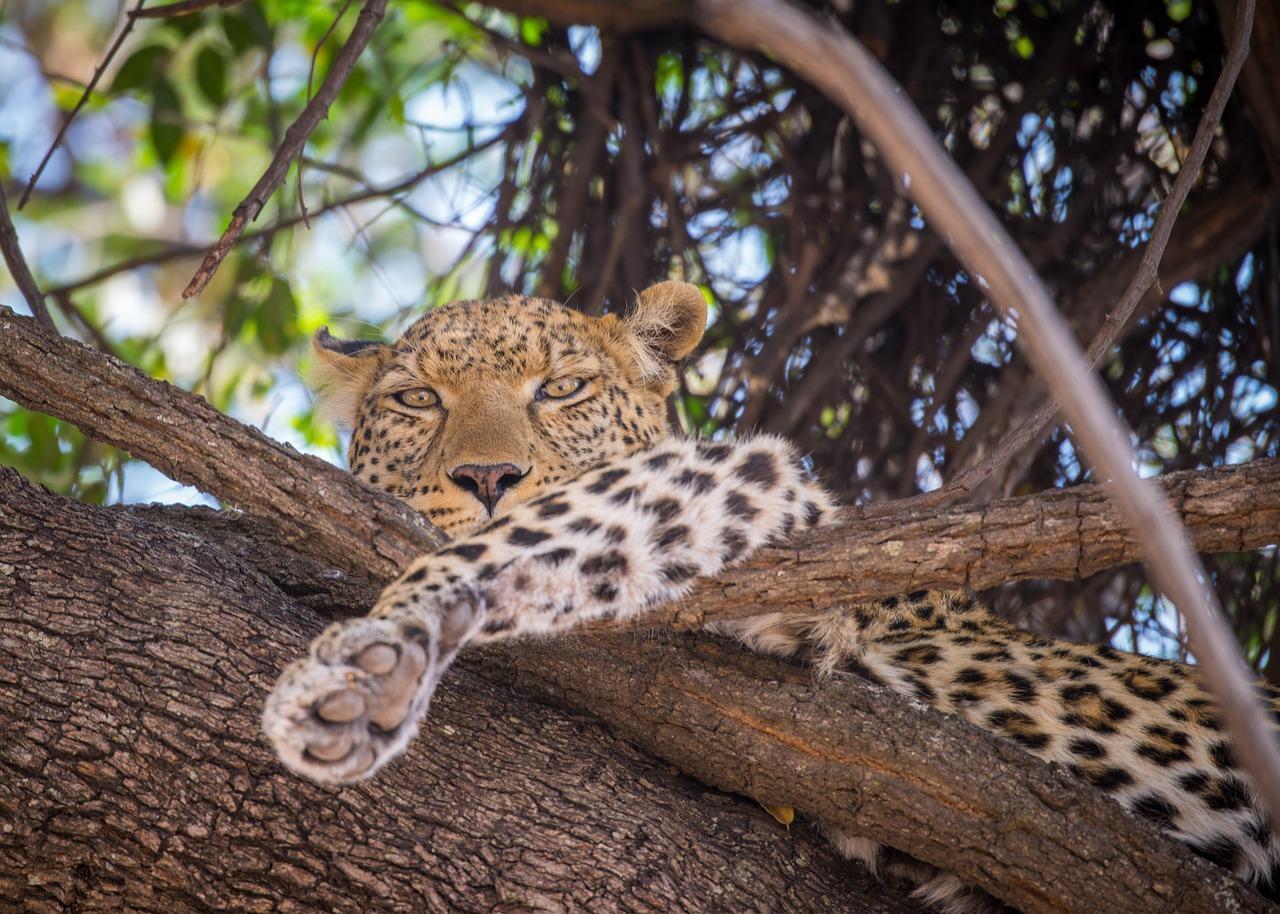 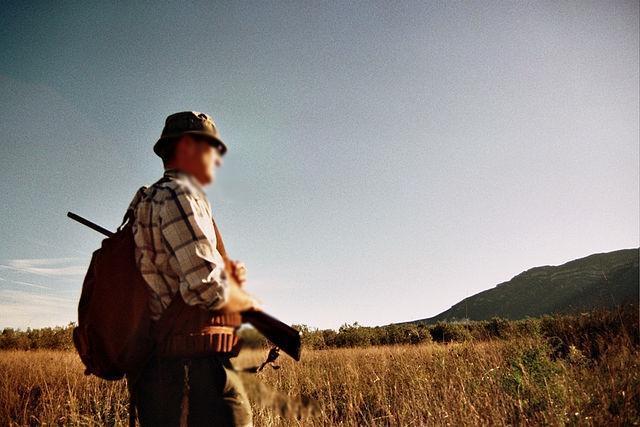 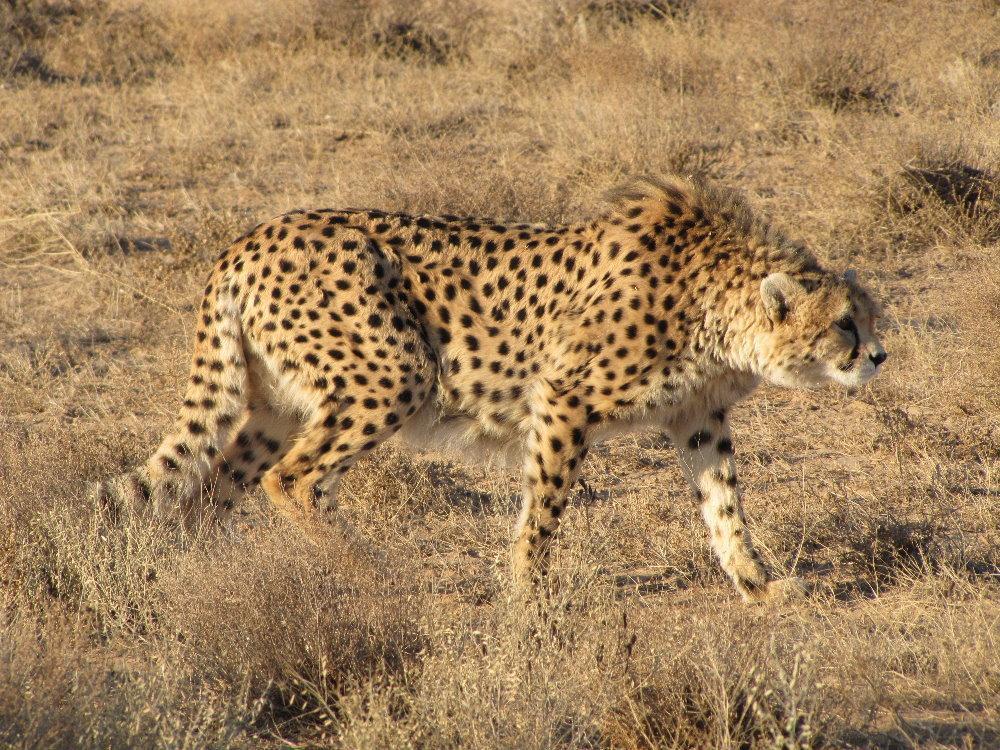 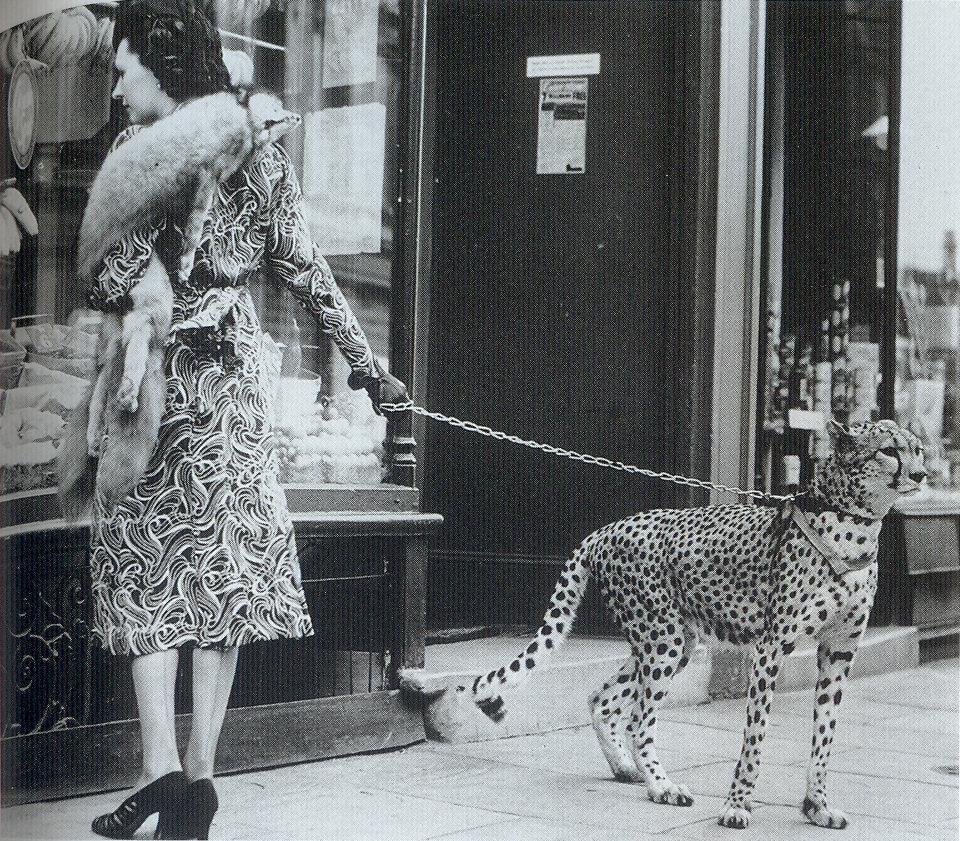 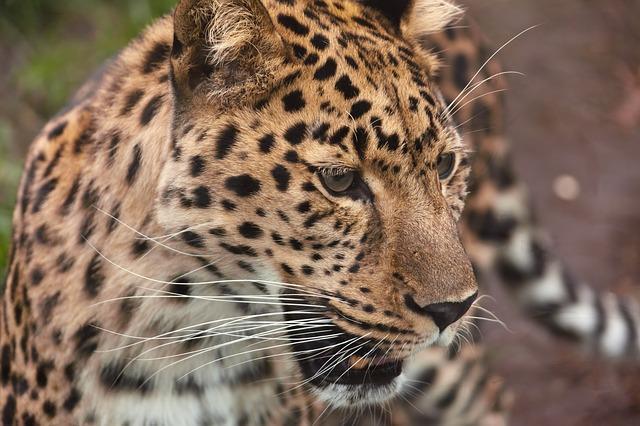