By Nick A. Romero, Biologist and environmental educator. January 18, 2022

It is often believed there are two types of camels. These are recognized as a camel with two humps versus a camel with one hump. There is some truth to such conventional wisdom in that we can broadly recognize two distinct camelid groups, but their classification is more complicated. All camels are camelids because they belong to the Camelidae family. Camelids were one of the first modern even-toed ungulates (artiodactyls). In addition to having significant diversification, they have developed their own characteristics that distinguish them from each other.

At AnimalWised, we look at the different types of camels you can find in the world. We share their characteristics to highlight their similarities and differences, as well as provide photos so you can see what they look like for yourself.

You may also be interested in: Different Types of Whales
Contents

What are camels and how are they classified?

Camels are form the family Camilidae. All camelids are in the order Artiodactyla, making them even-toed ungulates. This name refers to the fact their extremities put weight on an even number of toes. However, this gets confusing when we find out this order also contains whales. Most artiodactyls have hooves, with certain anatomical and physiological similarities which distinguish them from other hoofed mammals such as deer and cattle.

There are seven extant types of Camelid, camels being one of them. Within this group are camels which belong to the genus Camelus.

You will see there has been a certain amount of

We most associate camels with the Middle East and Asia, but they actually originated in Northern America. As the Americas were exploited for their resources, camels were moved across the world. Their association with the desert is partly due to their great adaptability to these areas, often more so than horses. American wild camel populations eventually become extinct and there are few wild populations anywhere in the world today.

Characteristics of all types of camels

The different types of camels have specific morphological and behavioral characteristics, but we will share those in the next section. Here we look at the characteristics which all camels share:

Now we know general characteristics of camels, we can look at the individual camel species below.

As we stated in the introduction, many people think there are only two camel types. In reality, there are three types of camel species, although this has not always been the case. Famously, these types of camels are separated by a very obvious difference, specifically that two types of camel have two humps on their back while the other only has one.

Here we share the three different types of camels:

To know some more background information in the differences between the different types of camels, take a look at our comparison of dromedaries and Bactrian camels.

Where do camelids live?

As we stated above, camels originate from the Americas. However, they have not existed there in the wild for thousands of years. During various migrations, camels found their way to China and other parts of Asia. However, we possibly most associate camels with the desert areas of the Arabian Peninsula. Here we see where each different type of camel lives.

Camels are herbivores. Specifically, their diet includes mainly plants with thorns, dried herbs and salt bushes. This is due to the availability of food in their grazing lands. However, there have been examples of Bactrian camels consuming animal protein in cases of severe plant shortages.

As we explained above, camels have more than one stomach. Their three stomachs allow them to redigest food which has been partly digested before. This means they waste very little food and exploit as much of what they eat as possible. Since camels often spend a lot of time in the desert, they can eat very infrequently.

One of the common myths about camels is that they store water in their humps. Presumably this is because the desert is so dry. However, this is not actually the case. Camel humps store fat. This can then be broken down to help release energy when they need it. The purpose is essentially the same in that the humps help with survival, but it is not for hydration.

Since camels have been used so much in domesticated situations, there are many which can be found across the world. Although the world is increasingly mechanized, camels still serve very useful purposes in desert environments. This is especially so for low-income populations who do not have as much access to technology.

On the other hand, wild camels are relatively rare. Some exist because they have left domestic populations, becoming feral. True wild camels, the wild Bactrian camel, are also rare. Their populations have been under threat for various reasons, including illegal hunting. This even occurs in the national camel reserve in China, despite this area being protected. Increasing and encroaching human populations also affect their numbers.

Here are the conservation status of all types of camels:

Unfortunately, wild Bactrian camels have been in steady decline and it does not seem like this will change significantly. There may be as few as 950 wild Bactrian camels in the world. For more information, take a look at a related article on why giraffes are endangered.

If you want to read similar articles to Different Types of Camels, we recommend you visit our Facts about the animal kingdom category. 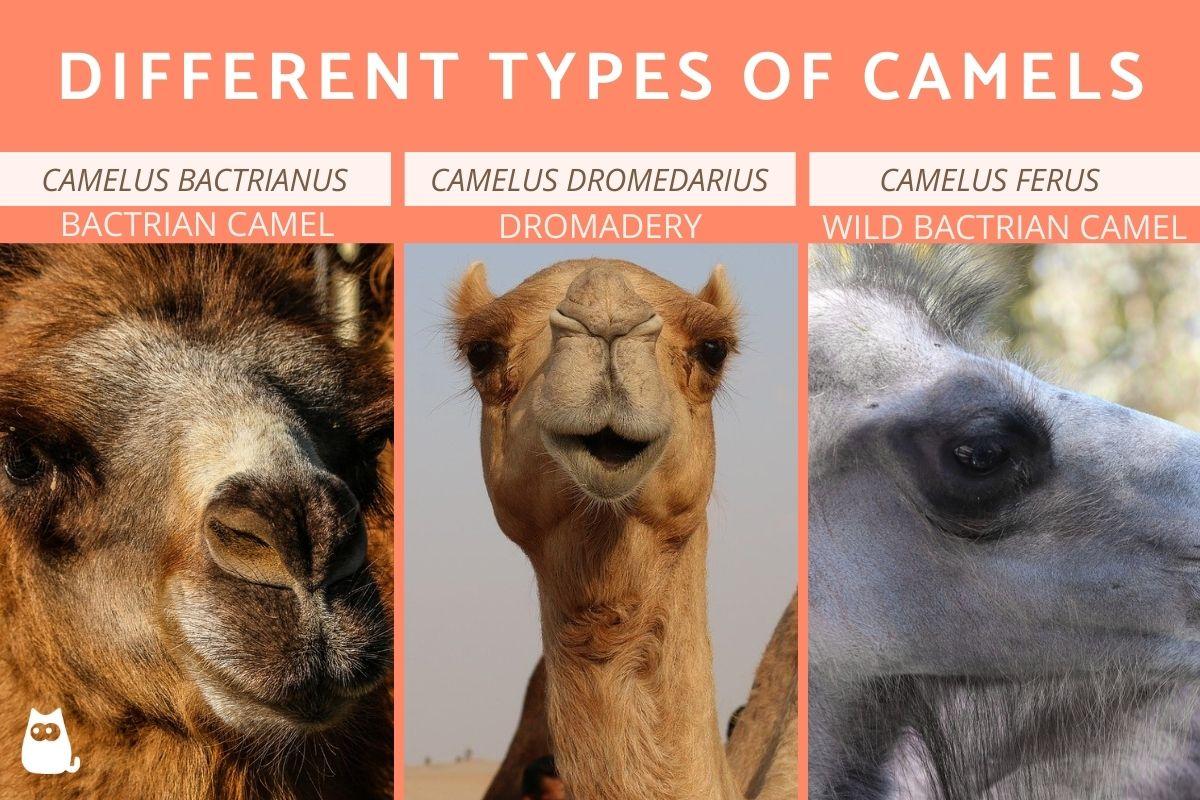 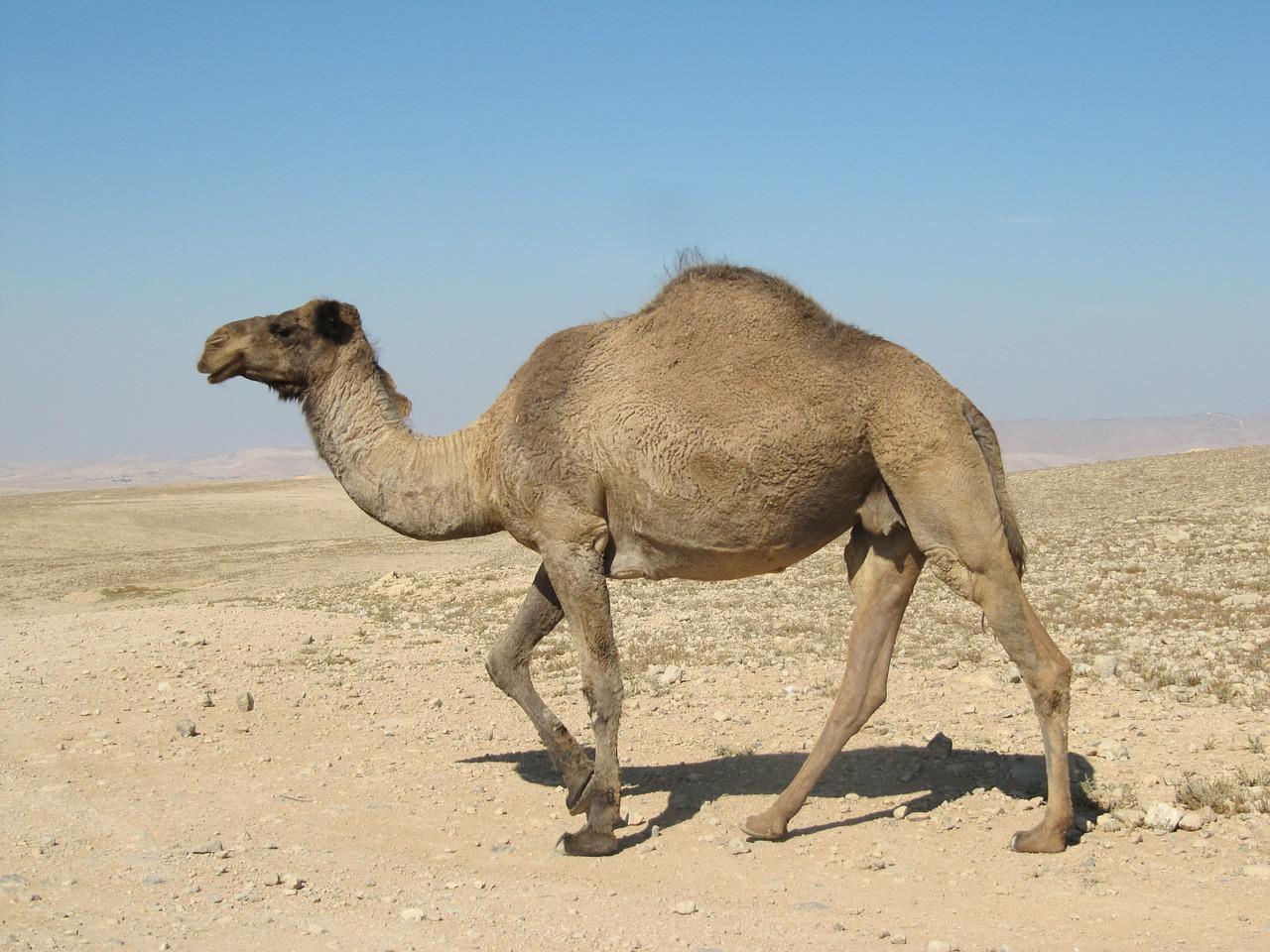 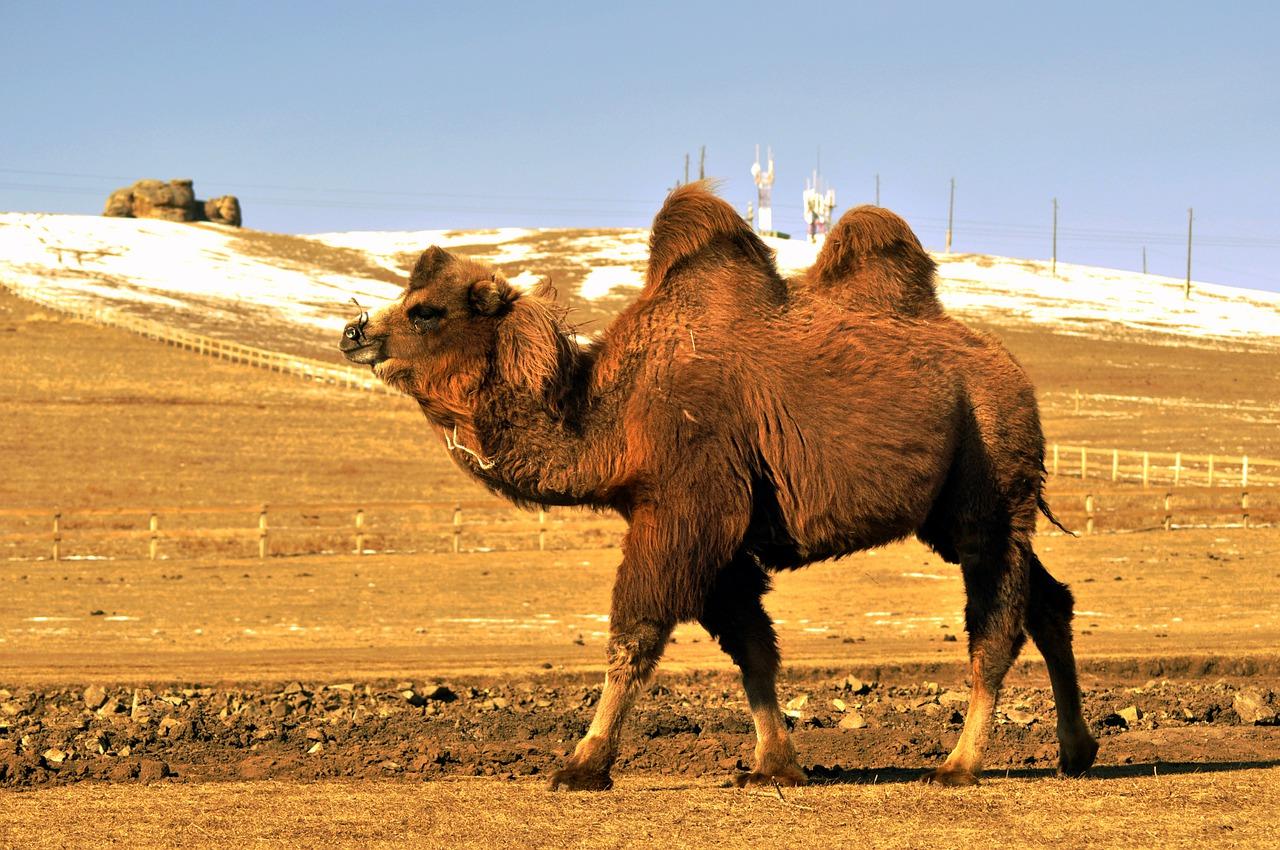 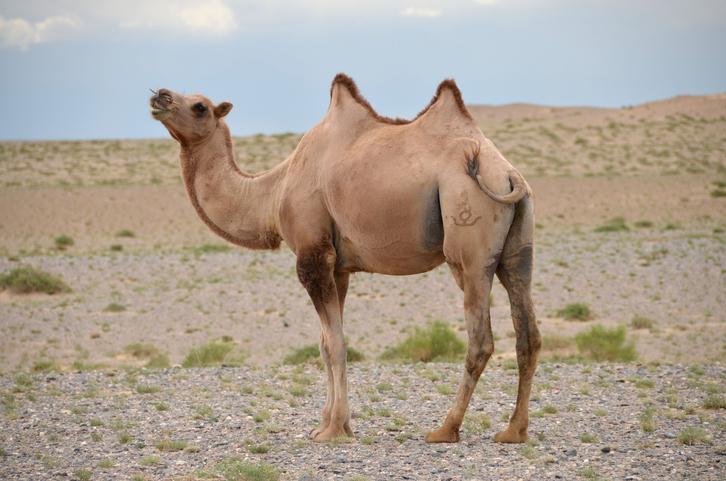 Image: Wild Bactrian camel
1 of 4
Different Types of Camels
Back to top