Haven't we all dreamed of seeing a whale up close? There are many reasons to marvel at these incredible and beautiful animals. What fascinates us about whales? Maybe it is because we have heard since childhood that whales are the largest living animals in the world; or because we know they are mammals but they live in the ocean; or perhaps it is their haunting songs.

Whatever the reason, if you are one of those who have always admired whales, or if you are simply curious to learn more about them, you have come to the right place. In this AnimalWised article we explore interesting the different types of whales and discuss their evolution, characteristics, behavior and threats to their survival.

You may also be interested in: Different Types of Camels
Contents

First of all it is important to clarify that despite their similarity to fish, in appearance and habitat, whales are mammals. Whales belong, together with the dolphins, to the cetacean order of marine mammals. However, they differ from dolphins by forming the suborder mysticeti, also known as baleen whales. Dolphins, along with sperm whales and porpoises, belong to the odontoceti suborder. They are also referred to as toothed whales and are carnivorous animals.

What is the difference between baleen whales and toothed whales?

The key characteristic that differentiates baleen whales is that they have baleen plates (hence the name) instead of teeth. These are stiff keratin fibers that work as a sieve-like feeding system in the place of teeth. Baleen whales also differ from dolphins in that they have two blow holes instead of one. There are several species of dolphin that have been mistakenly called whales. For example, the orca (Orcinus orca), which is often called the killer whale, is not actually a whale but a type of dolphin. We know this because the killer whale has teeth and no baleen. In this article we will be looking at the characteristics and types of baleen whales.

How big are different types of whales?

How much a whale measures or weighs, varies greatly depending on the type of whale in question. There are there are about 14 different whale species, which we will look at in more detail in a following section. Suffice it to say that each whale species has adapted and evolved to its current size, but even the smallest whale is larger than an elephant. Whales can grow much bigger than land mammals because the water supports their weight.

The smallest of the baleen whales is the pygmy right whale (Caperea marginata), which can measure up to 6 meters in its adult state. The largest whale species is the blue whale (Balaenoptera musculus) that can grow up to 30 meters long. If you are wondering how heavy blue whales are, they can weigh between between 50 and 150 metric tons, with the heaviest female blue whale being registered at 190 tons in 1947. A curious characteristic of baleen whales is that, unlike with most other mammals, female whales are bigger than the males[1].

How did different types of whales evolve?

Due to their aquatic habitat, one might think that whales evolved from fish rather from land mammals. However, and improbable though it may seem, cetaceans are actually descendants of prehistoric artiodactyla[2], which is an ungulate order that includes camels, cows, sheep, hippos, oxen and wild boars, among other land mammals. In fact, in evolutionary terms, whales are particularly closely related to hippos.

It is believed that the archaeoceti group - ancestor of today's cetaceans - emerged around 50 million years ago. These were amphibian animals, in that they spent part of their time on land and the rest of their lives in water. The current cetaceans are believed to have evolved approximately 30 million years ago. In the Oligocene (25-40 million years ago) the types of whales belonging to the mysticeti (baleen whales) separated and differentiated from the odontoceti group (dolphins, sperm whales, etc.), as a result of their specialized feeding modes.

So, if they evolved from mammals but live underwater, how do whales breathe? Well, whales perform pulmonary respiration generating the entry and exit of air through two spiracles, or openings, located on the upper part of their skull and which are more commonly called blow holes.

There are four families of mysticeti, with different characteristics shared by the whale species belonging to each family. Below is a list of the different types of whales.

Balaenidae is a family of whales characterized by their smooth throats with no grooves, as well as the absence of a dorsal fin. In addition, balaenids have a highly arched lower jaw and large heads that accommodate the longest baleen plates among the whale families. There are four balaenid whale species:

This is the largest family of whales, and are more commonly known as rorquals. Balaenopteridae have a dorsal fin situated about two thirds of the way down the body. They are best known for the pronounced longitudinal grooves or folds in the skin below their throats and chest, which extend beyond their pectoral fins. They have shorter and broader baleen plates than the balaenids. There are 7-8 species of Balaenopteridae whales, among which are the:

Currently there is only one species belonging to this family: the gray whale (Eschrichtius robustus). The gray whale is characterized by the two to five short grooves in the skin under its throat, and by its lack of a dorsal fin. This whale is a mottled gray color, from where it gets its name. The gray whale has a hump on its back and is often covered in barnacles. It is unique in being the most coastal of all the whale species, as well as for making the longest migration.

Where do different whales live?

Whales are cosmopolitan, which means we can find them in all the major oceans and seas in different parts of the world. They are adapted to live in salt water and often make long migrations in search of food or warmer temperatures required for breeding depending on the season. Whales can be found both out in open ocean or in the neritic zone (shallow waters near the coast). Different types of whales favor different habitats.

Many whale species migrate to seas with warm temperatures, or closer to the coast, during mating and breeding season, but spend most of their time in colder regions. As we have explained, the gray whale makes the longest migration. In fact they make the longest migration among all mammals, travelling over 22,000 km every year from their feeding grounds in the Arctic sea to the warm lagoons off the coast of Baja California, where they breed. Rorquals such as such as humpback or blue whales also tend to inhabit colder seas near the poles in order to feed, and only move up towards the equator in order to breed.

In fact, all whales are adapted to living at low temperatures and can inhabit the Antarctic sea as well as Arctic waters. Species such as the bowhead whale, for example, do not migrate and spend all their lives in frigid Arctic and subarctic waters. Although they are warm-blooded, a key characteristic of whales is their blubber, a thick layer of subcutaneous fat that covers their bodies. This insulates and protects them, allowing whales to regulate their body temperature and survive in very low sea temperatures. Blubber also adds to a whale's buoyancy, or ability to stay afloat, as well as serving as a reserve of energy when food is scarce.

What do whales eat?

Whales feed on small and diverse sea organisms like zooplankton, cephalopods, small crustaceans such as krill and small fish. The most unique characteristic of baleen whales is the feeding apparatus provided by their baleen plates. This means it can feed in three different ways. In all cases, the whale takes in water along with the organisms in it, and then uses the baleen plates to filter the water back out without letting the food escape.

How do different types of whales feed?

Here are the three ways in which whales can feed:

How do whales communicate?

So, how to whales ‘speak’ or communicate with each other? You may have heard of whale songs, but what are they exactly? Whales can perform vocalizations by passing air through their larynx. The larynx has folds that vibrate and cause them to emit a variety of sounds ranging from clicks, whistles and moans to the more complex ‘songs’ in humpback whales. Whales use vocalizations to communicate in different circumstances, such as when hunting - for example during bubble-net feeding - as well as for courtship or to locate each other during migrations. Through vocalizations, whales are able to communicate over a distance of more about a 1,000 km.

How to whales reproduce?

As we have explained, almost all whale species migrate to warmer waters for courtship and breeding. Whales reproduce sexually. Both the ovaries in females, as well as testicles in males, are found inside the abdominal cavity. When not erect, the penis remains inside a genital pocket. Males perform courtship to be selected by females, which may include vocalizations, movements or fights. Whales have internal fertilization and coupling is usually very fast. A whale pregnancy lasts between 10 and 12 months and as they are a viviparous species, once the gestation time is over they give birth to live young. After giving birth, the females feed their young for a year with milk produced in the mammary glands. These are housed in folds on the sides of the genital opening.

Which whales are in danger of extinction?

The Survival of the North Atlantic right whale is of special concern to many conservationists as their populations continue to fall in the present day[3]. Subspecies of some whales, such as the Antarctic blue whale, are listed as critically endangered. Even among the whale species that are not in danger of extinction, their populations remain low across the world.

So, what threatens whales? Whale populations historically declined due to mass hunting, or commercial whaling, for economic and cultural purposes. Today, despite hunting being banned in many places, whales face other threats mainly from entanglement in fishing gear and collision with shipping vessels or ‘ship strikes’. They are also affected by factors such as climate change, offshore oil and gas development, pollution from toxic products released into the sea and ocean acidification. Finally, the noise pollution in the oceans caused by ships and other human activities interferes with the acoustic communication of whales, and can adversely effect their hunting, courtship and migration activities.

If you want to read similar articles to Different Types of Whales, we recommend you visit our Facts about the animal kingdom category. 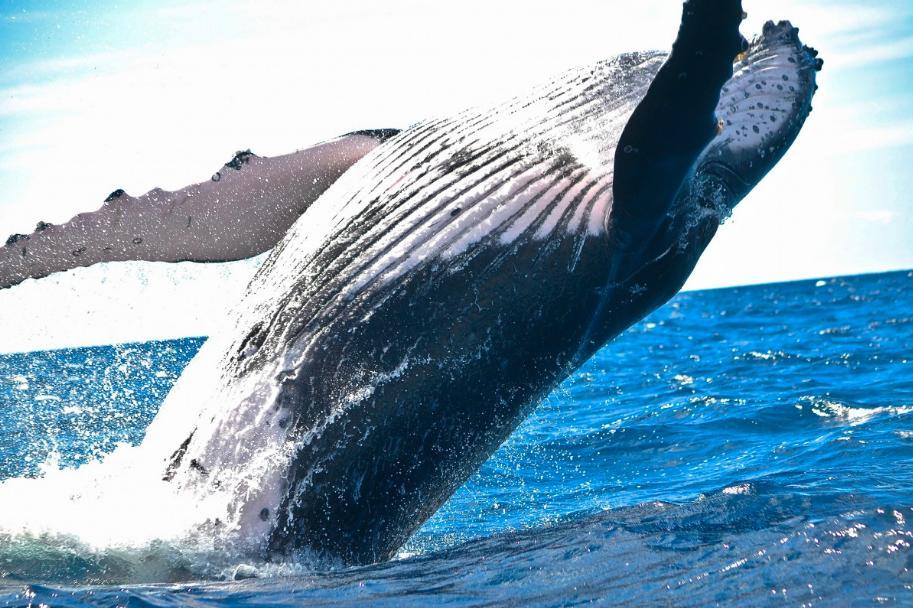 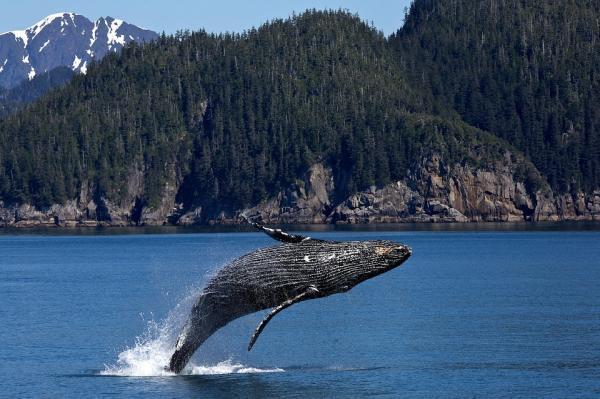 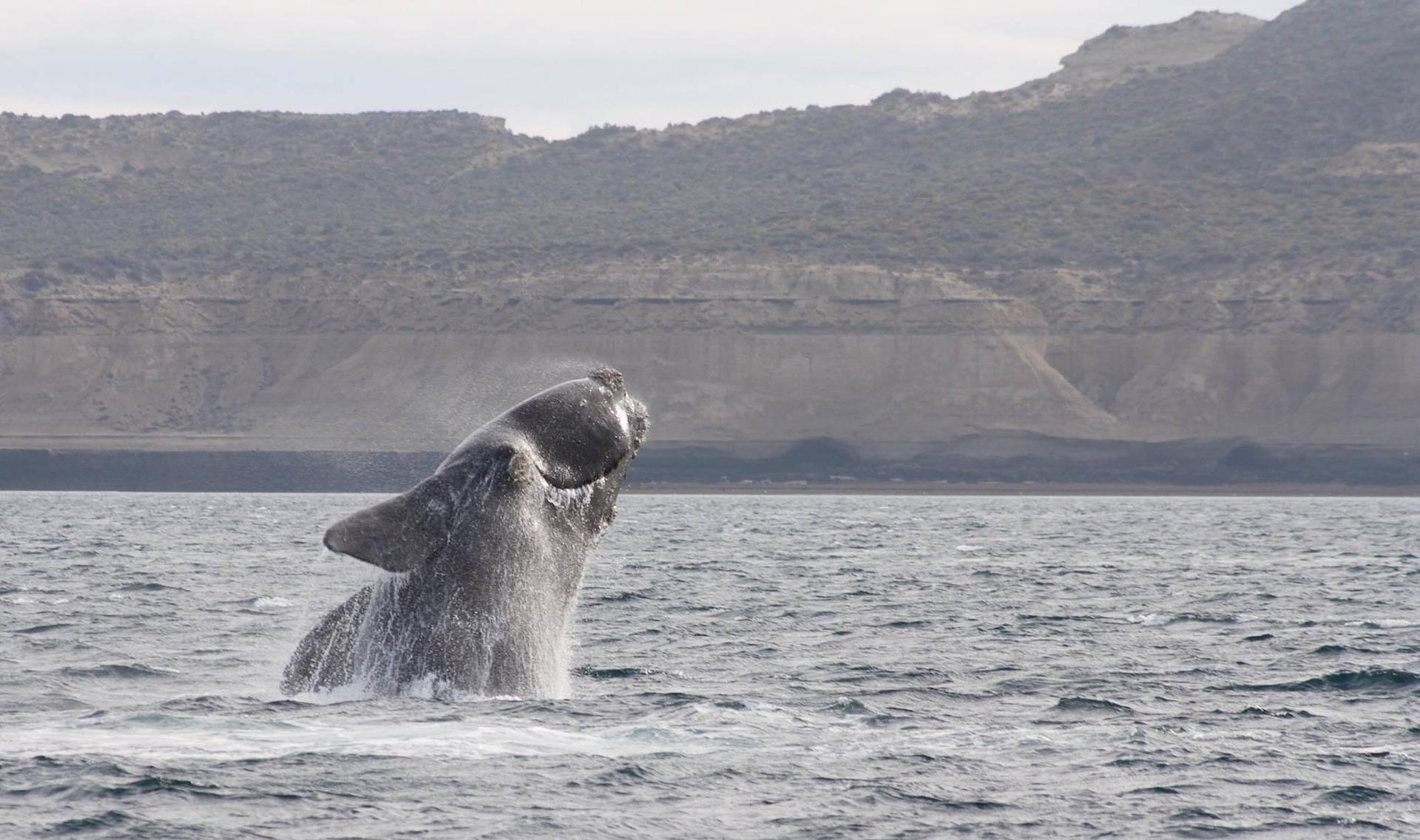 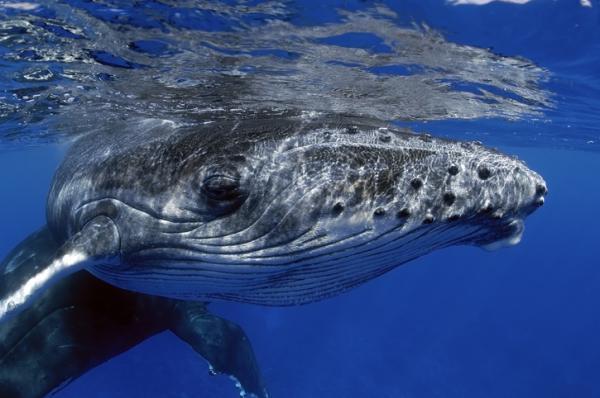 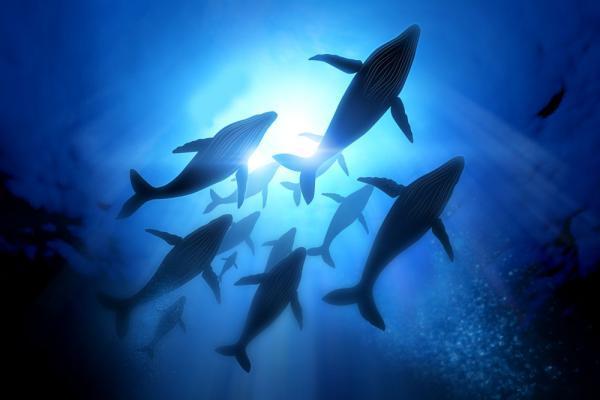 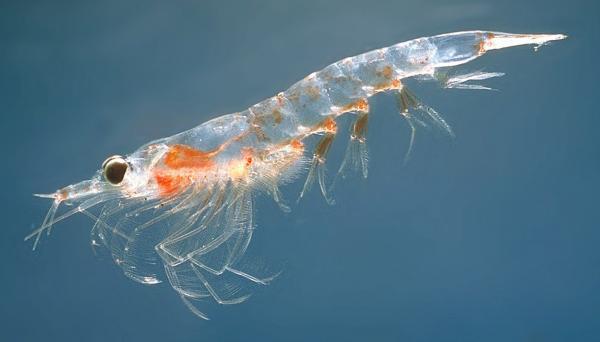 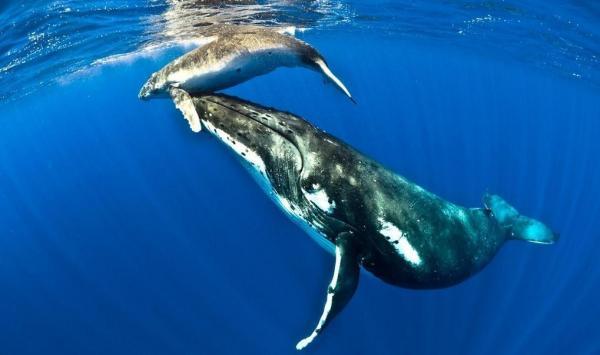 1 of 7
Different Types of Whales
Back to top