By Nick A. Romero, Biologist and environmental educator. September 26, 2021 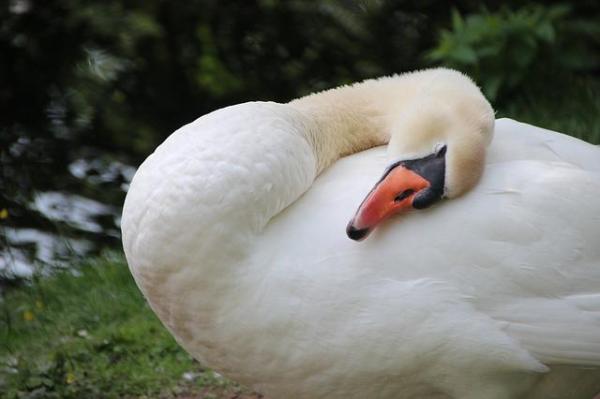 The diversity of birds is incredibly vast, so it is interesting to wonder why some stand out in the public imagination. The swan is a bird which has come to have great significance for many cultures, its white plumage and graceful appearance making it a common wonder. However, many of us might not even know there are different types of swan. Within these different swan breeds there is also diversity, but all birds considered swans are part of the family Anatidae.

At AnimalWised, we discuss the different types of swans by looking at the characteristics and behaviors of different swan breeds.

You may also be interested in: Differences Between a Swan Vs Goose Vs Duck
Contents

Although there are different swan breeds, there are some characteristics which they all share. They are all striking birds which are part of the family Anatidae, a family of water birds which also contains geese and ducks. Swans make up the genus Cygnus. They can be distinguished by:

The physical features and characteristics of swans are one way to differentiate between other members of the Anatidae family. Read our related article to learn the other differences between swans, geese and ducks.

The following are the different types of swan which can be found, grouped by species. These are the following extand breeds of swans:

We already know that swans are aquatic birds, but there are many different types of aquatic environments, not all of which are habitable for swans. Here we show you were each different type of swan breed typically lives:

What do swans eat?

The diet of swans varies according to species. They can obtain their food under water by submerging their long neck or feeding off vegetation on the ground. Not al swans are herbivores. Although it will depend on the species and habitat, they can also eat insects, fish and tadpoles, in addition to vegetation such as grasses and algae.

The black swan and tundra swan are herbivorous, while the whooper swans will also consume small animals in addition to their usually herbivorous diet. Trumpeter swans will eat small invertebrates when they are young, but grow to be almost exclusively herbivorous. The mute and black necked swans are both considered omnivorous animals.

To learn more about birds in the Anatidae family, take a look at our article on ducks as pets.

How do swans reproduce?

Swans tend to mate for life, unless one dies and the other is still of reproductive age. In these cases, they may mate with another individual. In this way, they are monogamous, with the exception of the mute swan, which can have several reproductive partners and even finally separate from one of them.

These birds have courtships prior to copulation which consist of wing and neck movements and the emission of vocalizations. The mating ritual will vary depending on species, but generally occur while on water. Swans often build nests on mounds in or near water. These are largest of the Anatidae family.

They commonly nest independently, but can form small or large nesting groups. In general, it is the female who incubates, but sometimes the male can collaborate in this task. Swan eggs are large and lay in batches of two to ten, depending on the species. The egg color is also different depending on the swan type, and can be greenish, cream or white. The birth of the swan occurs after an incubation period of 35 to 45 days.

Regarding the behavior of the chicks, there are variations between species. We highlight the following:

If you want to read similar articles to Different Types of Swans, we recommend you visit our Facts about the animal kingdom category. 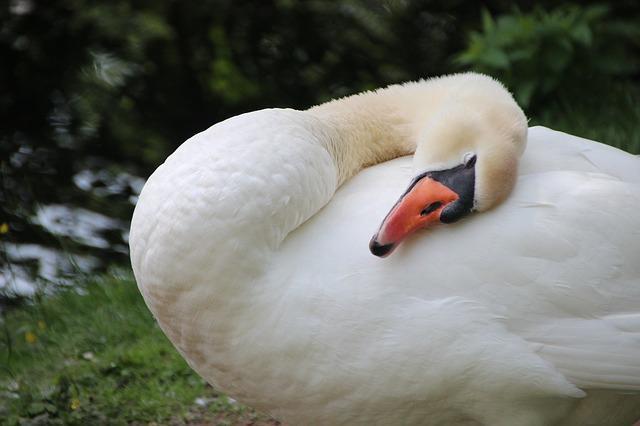 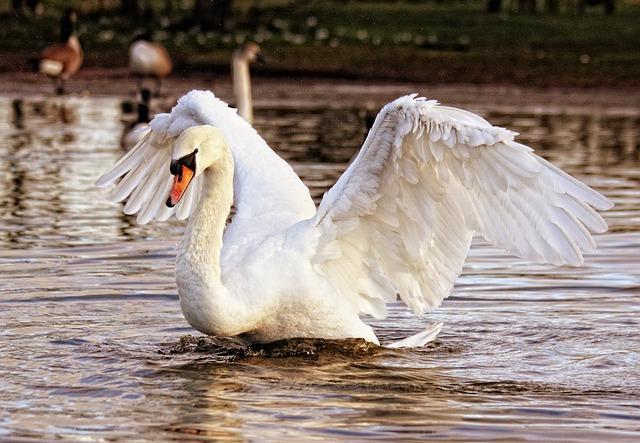 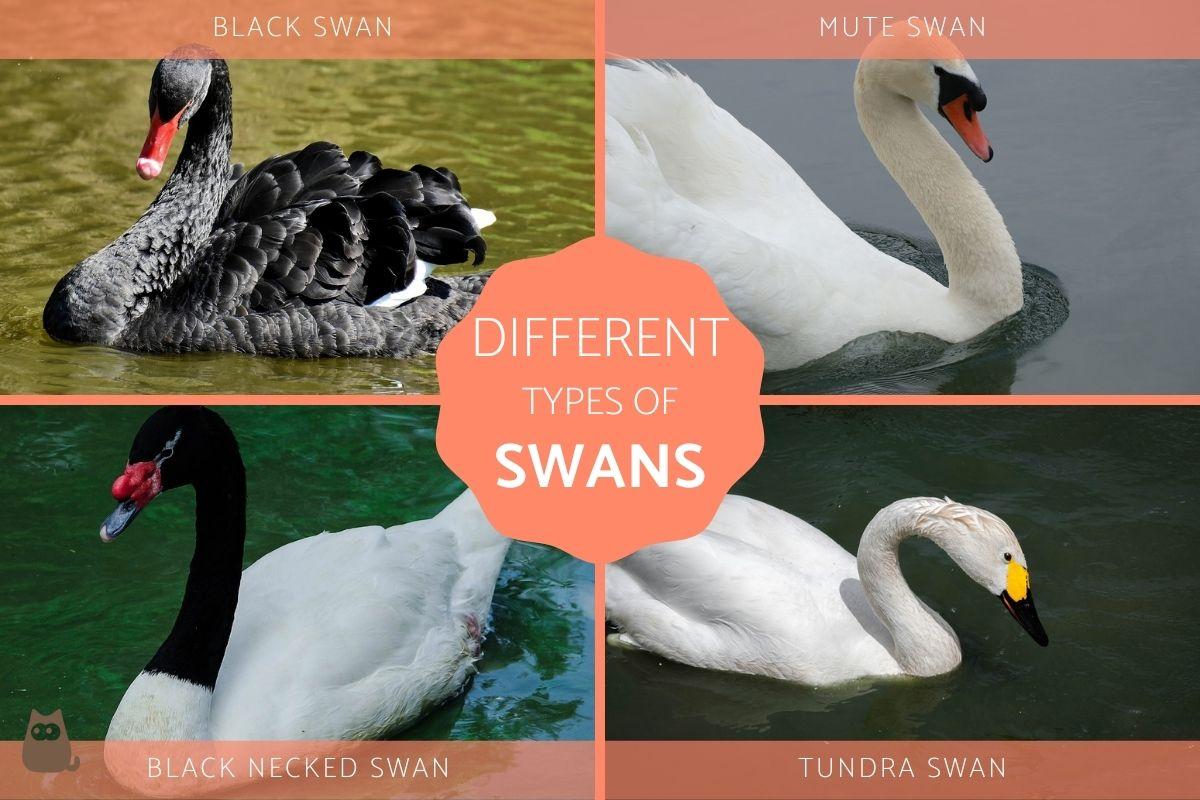 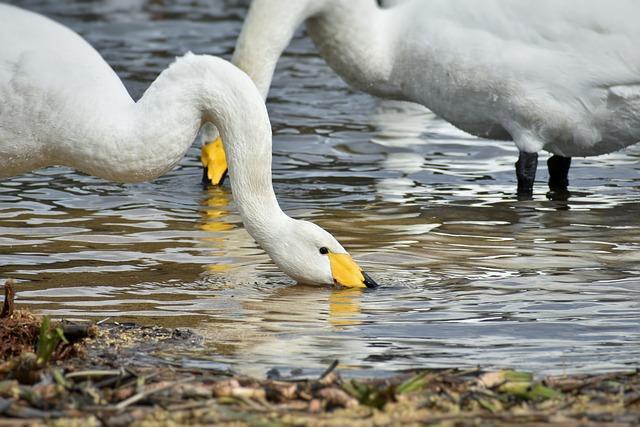 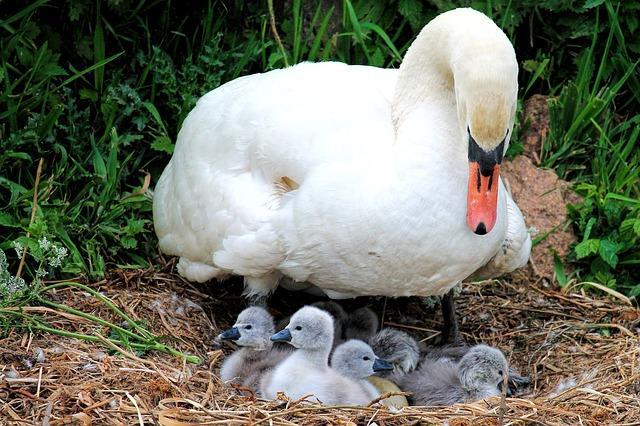 1 of 5
Different Types of Swans
Back to top