By Nick A. Romero, Biologist and environmental educator. October 18, 2022

When we think of feeding birds, we might associated it with seeds in bird feeders or perhaps slurping up worms from the dirt. The diet of birds is as varied as birds themselves, with around 10,000 different species in various ecosystems finding their sustenance from a variety of food sources. There are fundamental characteristics which all birds have in common, but there is a vast range of differences in shape, size, color, migratory behaviors and much more, including diet.

At AnimalWised we look at one particularly group of birds according to their diet, namely herbivorous birds. We provide a list of herbivore birds examples with facts about their behavior and photos to see the great diversity even in this one group of bird species.

Simply stated, herbivorous birds are birds which feed solely on plant matter. What is slightly more complicated is what constitutes ‘plant matter’. This is a very diverse category of food which includes everything from fruit and seeds to tree bark and algae. Generally speaking, a bird's anatomical and physiological traits will reflect their diet in some way. Their beak shape and type is important, but so too are other factors.

In certain cases, birds that feed mainly on fruits such as berries can consume up to three times their daily weight in food. Those that eat grains tend to eat less. These differences are related to the nutritional value of the type of food which is denser in seeds than in fruit.

Birds that consume large amounts of fruit as their primary food source are physiologically adapted to process them. They obtain the energy they need from the fruit's sugar content (mainly fructose and glucose).

The anatomy of the digestive system of herbivorous birds does not differ much from that of other omnivores or carnivores. The tongue adapts to the shape of the beak. In some cases it is hard and fleshy, as can be seen in different parrot species. They lack teeth, so it is common for the food to pass directly to the digestive tract once ingested. This is a very efficient way to process food in a short time.

As is common in all birds, the digestive system of herbivorous birds has two particular structures that help food processing:

Another characteristic of certain herbivorous birds is the absence of the gallbladder, a common organ in vertebrates. It is also important to point out that it is common to find small to medium-sized herbivorous birds. Larger birds tend to have a different diet. Find out more with our list of examples of carnivorous animals.

These types of herbivorous birds are categorized by the foodstuff which makes up the main part of their diet. However, it is less common for these birds to exclusively feed on only one food source. For example, sapsuckers and nectarivores get energy from sugars, but need other sources of nutrition to meet their dietary requirements.

Now that we know the characteristics of herbivorous birds and the different types that exist, here are some examples of birds that have a mainly herbivorous diet:

Swans are very striking birds and have a rich history in human cultures. They are associated with bodies of water, but spent much of their time on land. Among the various species that exist, we particularly find two types that are herbivorous:

See others with our list of different types of swans.

Parrots are birds of the order Psittaciformes. This group includes parrots, macaws and parakeets, among others. They are usually very colorful and emit characteristic loud sounds. Although a very diverse order Psittaciformes, many of the species are herbivorous. They are most commonly granivorous and frugivorous birds, feeding mainly on seeds and fruits, respectively.

Another group of herbivorous birds is made up of the geese, grouped in the two genera Anser and Branta. Although several goose species include insects in their diet at certain times of the year, others such as the swan goose (Anser cygnoides ) are limited to the consumption of roots, seeds and plants.

While being herbivorous is a similarity, you learn more about the differences between swans, geese and ducks.

Within the group of waterfowl we know as ducks we also find various species with herbivorous habits, such as:

Although the birds in the Columbidae family are known as pigeons and doves, we can find great diversity within these types of birds. They all have certain similarities such as robust bodies and short beaks. The diet of these birds is usually based on seeds or fruits, making them mainly granivorous or frugivorous birds.

Some examples of Columbidae family include the common pigeon (Columba livia) and the snow pigeon (Columba leuconota), but you can find more with our article on the different types of pigeons. Although mainly herbivorous birds, since many pigeons are urban animals, they have adapted to also eat leftover food they find.

Characterized by their small size, fast wingbeats and colorful plumage, these birds are also a clear example of herbivorous birds. More specifically, they are birds that eat nectar. We see this in their elongated and fine beak which is adapted to extract nectar from flowers.

A curious fact about these herbivorous birds is that they eat large amounts of food in proportion to their small size. This is because they have much higher energy needs than other species. Discover the different types of hummingbirds in this other article and let yourself be fascinated by these wonderful birds.

If you want to read similar articles to Herbivorous Birds - List of Herbivore Birds, we recommend you visit our Facts about the animal kingdom category.

Bibliography
Herbivorous Animals: Examples and Fun Facts
Living and Extinct Prehistoric Birds - Evolution of Birds
Types of Water Birds
Different Types of Pet Birds
Related categories
Endangered animals
Most read
1.
What Animal am I According to my Zodiac Sign?
2.
What Does It Mean When a Cat Shows Up at My Door
3.
10 Most Beautiful Animals in the World
4.
Examples of Vertebrate and Invertebrate Animals
5.
Why do Dogs Get Stuck when Mating?
6.
The 10 Most Solitary Animals in the World
7.
Differences Between Deer, Elk, Moose and Reindeer
8.
Animals With Scales - Full List
Birds That Do Not Fly - Flightless Birds
Types of Bird Feet
How to Keep Birds Away - Humane Methods of Bird Repellent
Different Types of Swans
Bird Sayings and Phrases
Do Featherless Birds Exist?
Types of Birds With Long Beaks
Most Popular Herbivore Dinosaurs 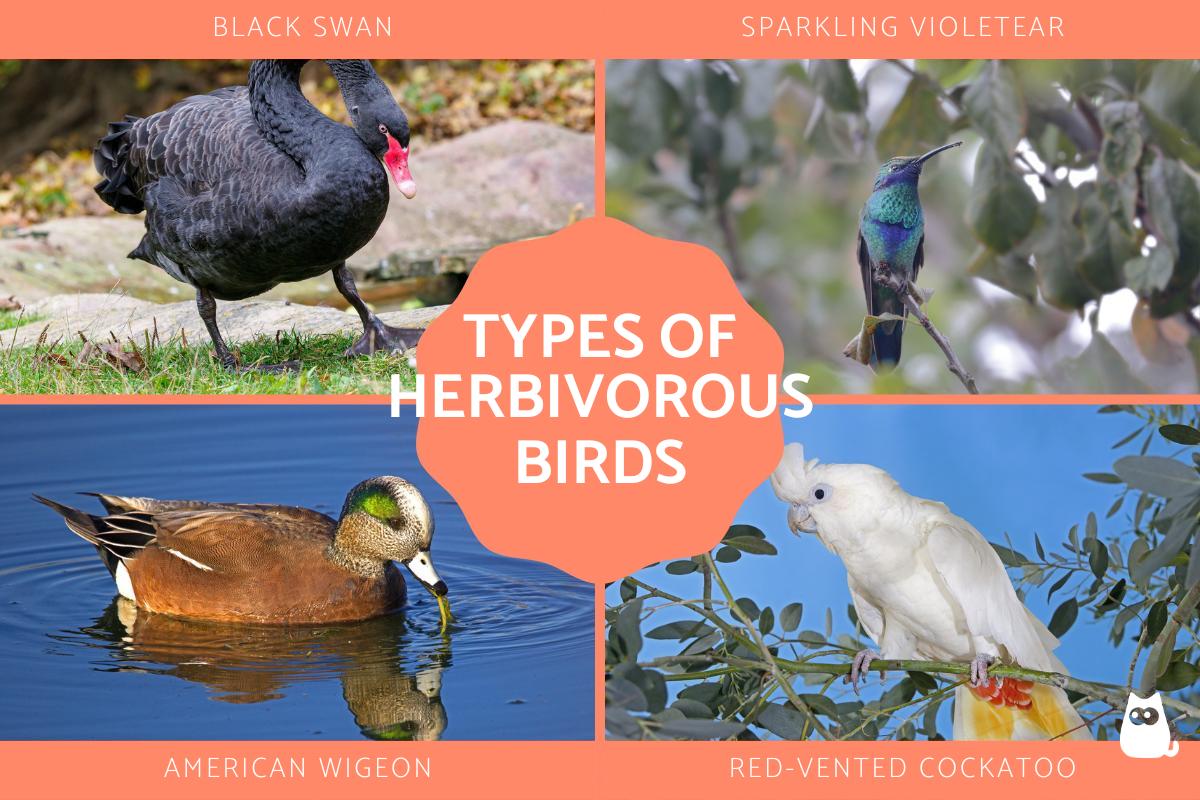 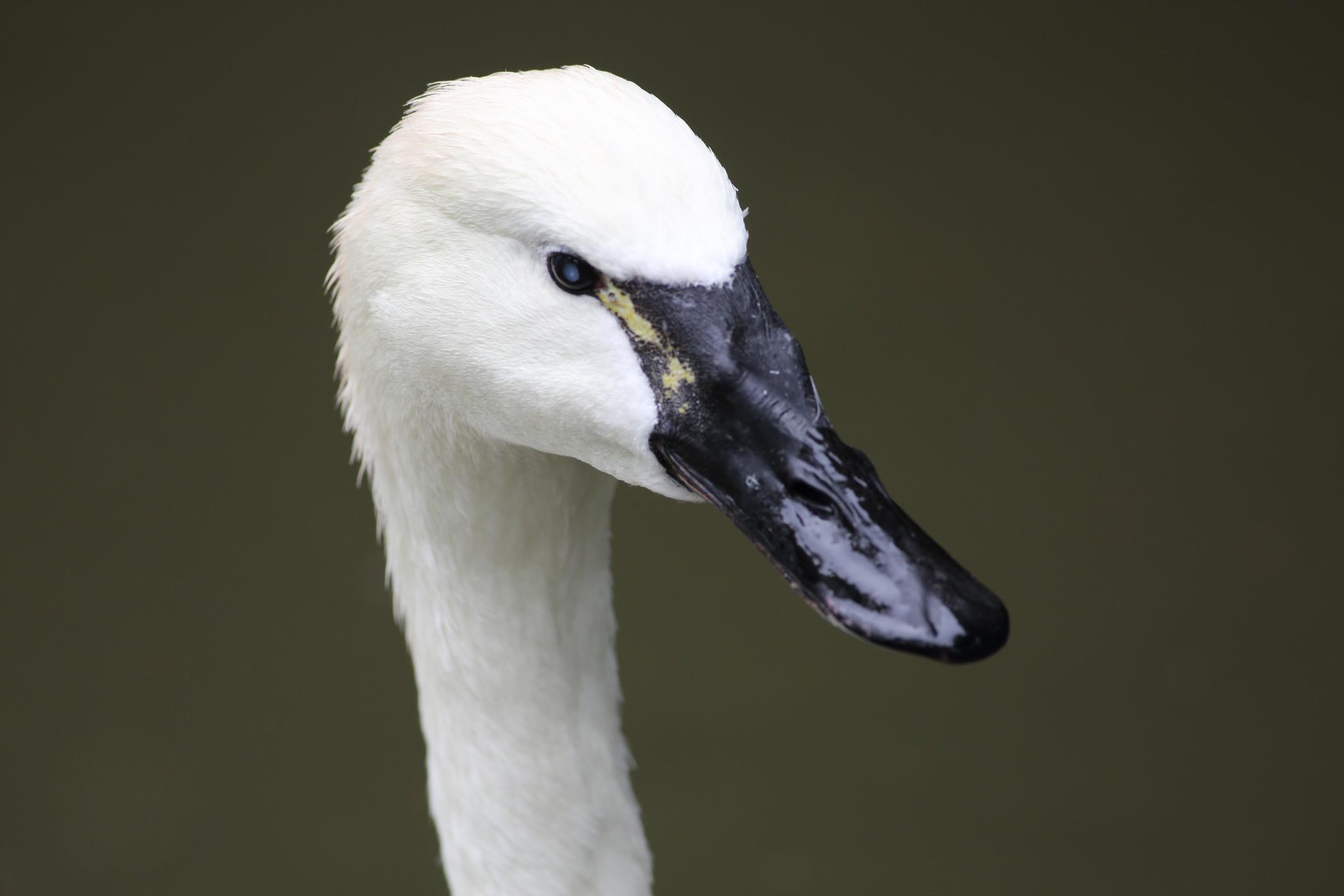 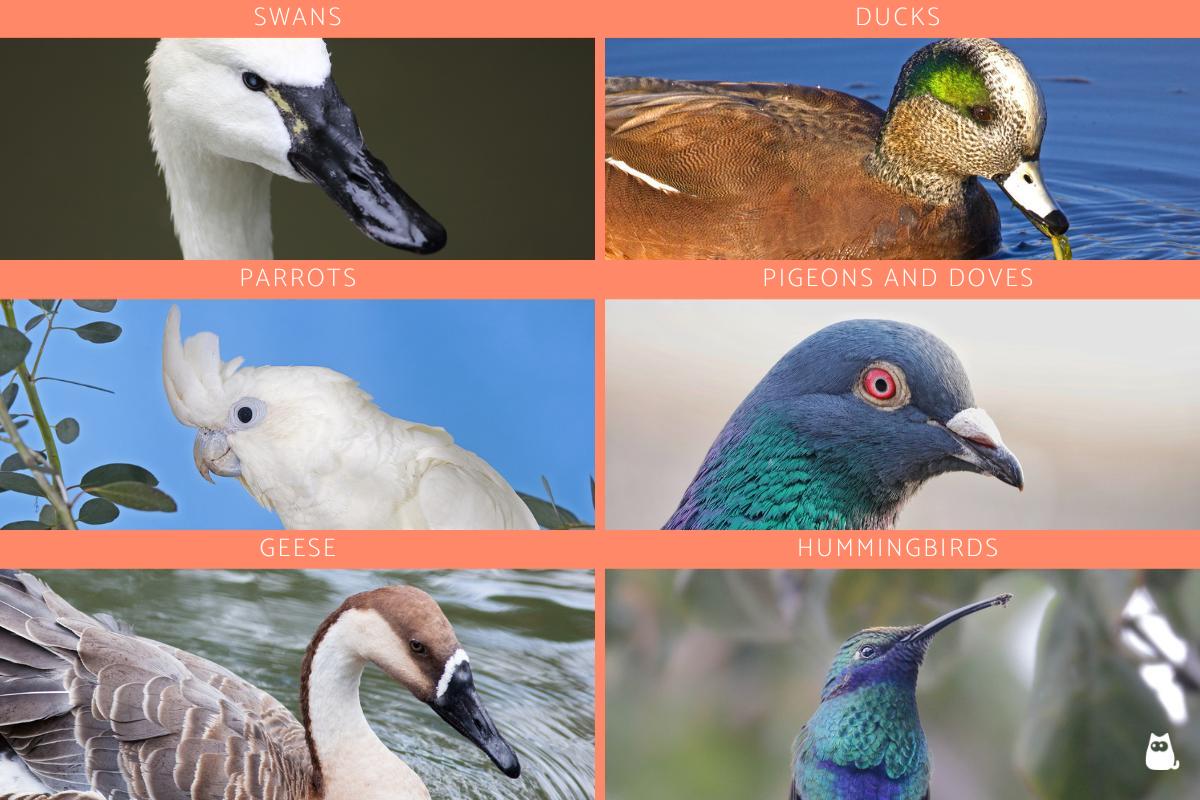