Do All Elephants Have Tusks?

By Nick A. Romero, Biologist and environmental educator. Updated: April 6, 2021

We usually associate certain traits or particular characteristics with certain animals. It is hard for us to imagine them without these distinctive features. For example, when we think of an elephant, its large size, long trunk and striking tusks immediately come to mind. But is it true that all elephants have tusks?

In this AnimalWised article, we will ask do all elephants have tusks? We also explain a little about why tusks are so special and why elephants have them in the first place.

You may also be interested in: Where Do Elephants Live?
Contents

Previously elephants were classified in the order Pachyderms. However, this term has fallen into disuse and nowadays their taxonomy is as follows:

Over time more than twenty species of elephants have become extinct and there are currently only two genera: Loxodonta (African elephants) and Elephas (Asian elephants). Although there are differences concerning the classification criteria for the designation of species, the following is one of the most widely accepted:

For more information, we recommend you read this AnimalWised article on the differences between African and Asian elephants.

The tusks of these mammals are incisor teeth that grow from the upper jaw and curl up next to the trunk. They are made of ivory, a very tough and resistant material. It is initially white, but then becomes yellowish or light cream in color over time. In some circumstances, the African forest elephant may have a little pink coloration on the tusks.

These particular growths can measure anywhere from less than a meter to over two meters. In fact, some individuals have dental structures that almost touch the ground. According to their size, the weight can also vary but records exist of examples weighing more than 100 kilograms.

Conversely, elephants sometimes make more frequent use of one particular tusk, which eventually causes wear and tear and reduces the size of one of the teeth.

What do elephants use their tusks for?

These striking growths have a variety of purposes, such as moving or lifting objects, collecting food and stripping bark from trees. In addition, if males are competing over a female, they can be used for defense or confrontation.

Elephants can use their tusks to dig in the ground and look for water during the dry season. Elephants are not, however, the only species to benefit from their tusks. Evidence shows that other animals benefit from an elephant’s tusks. For example, when they are used to dig for water, knock down trees or open paths in the vegetation. Some species establish their nests in the trees knocked down by these large mammals or drink the water which is left over.

If you want to learn more curious facts about these animals, we encourage you to read this article on where do elephants live?

Are there elephants without tusks?

Yes, there are elephants that are born without tusks. Although the presence of tusks is a particular feature of these animals, not all elephants have them.

Asian elephants are among those elephants that do not have tusks. The females, in particular, are generally tuskless whereas a certain percentage of males do have them. If a female does have tusks, they are much smaller than those of a male. In India, elephants born without tusks are called Makhna.

In African elephants both males and females commonly have tusks, and only a small percentage of this group (approximately 2%) do not.

An elephant can survive without its tusks if they are removed without causing serious injury. However, tusks are teeth and have nerve endings, so it would be very painful. Additionally, after an elephant loses their tusks, they do not grow back and any use they had, such as feeding and defending themselves, are greatly reduced.

Tusks are not the only fascinating feature of these animals. They are also in the group of animals which have trunks, a more populous group than you might at first think.

Hunting elephants for their tusks

Civilizations throughout human history have coveted ivory as a material. Unfortunately, today this still continues, contributing to the deaths of thousands of individuals. In fact, as a result of being stripped of this body part, elephants have suffered from human actions more than most species. The ivory obtained from tusks was traditionally used in temple decorations, buttons for clothing, piano keys, jewelry, combs, decorations for walking canes, chairs and a variety of other objects.

However, the drastic decline of elephant populations is not only caused by the hunt for ivory but also by the use of the skin to make amulets, as well as the alteration and fragmentation of ecosystems. Similarly, the number of individuals in different regions has been greatly affected by illegal trade in elephants for use in circuses and killings resulting from the overlap of their habitats with that of humans.

All elephant species currently enjoy various legal protections which prohibit hunting and commercialization. However, in some areas where these laws are not enforceable, elephants suffer the kinds of attacks described above. Regardless of the region where they are located, strict conservation measures should protect surviving elephant populations. What is more, unless more severe sanctions are applied to those who act against conservation measures, these species will face an increased and irreversible risk of extinction.

If you want to read similar articles to Do All Elephants Have Tusks?, we recommend you visit our Facts about the animal kingdom category.

Bibliography
Differences between African and Asian Elephants
Which Animals Have The Most Teeth?
What is an Elephant's Lifespan?
How Do Elephants Sleep?
Related categories
Endangered animals
Most read
1.
What Animal am I According to my Zodiac Sign?
2.
10 Most Beautiful Animals in the World
3.
What Does It Mean When a Cat Shows Up at My Door
4.
The 10 Most Solitary Animals in the World
5.
Top 10 Smells Dogs Hate
6.
Why do Dogs Get Stuck when Mating?
7.
How Many Types of Lions Are There?
8.
My Female Dog In Heat Won’t Accept A Male - Causes
Do All Fish Have Scales? - Types of Scaleless Fish
Escaping from an Elephant Attack
Native Animals of the Serengeti: Wildlife and Habitat
What do Cats do All Day Long?
Do Frogs Have Teeth?
Animals That Start With I
The Big Five Game Animals of Africa
Do Snakes Have Bones?

Do All Elephants Have Tusks? 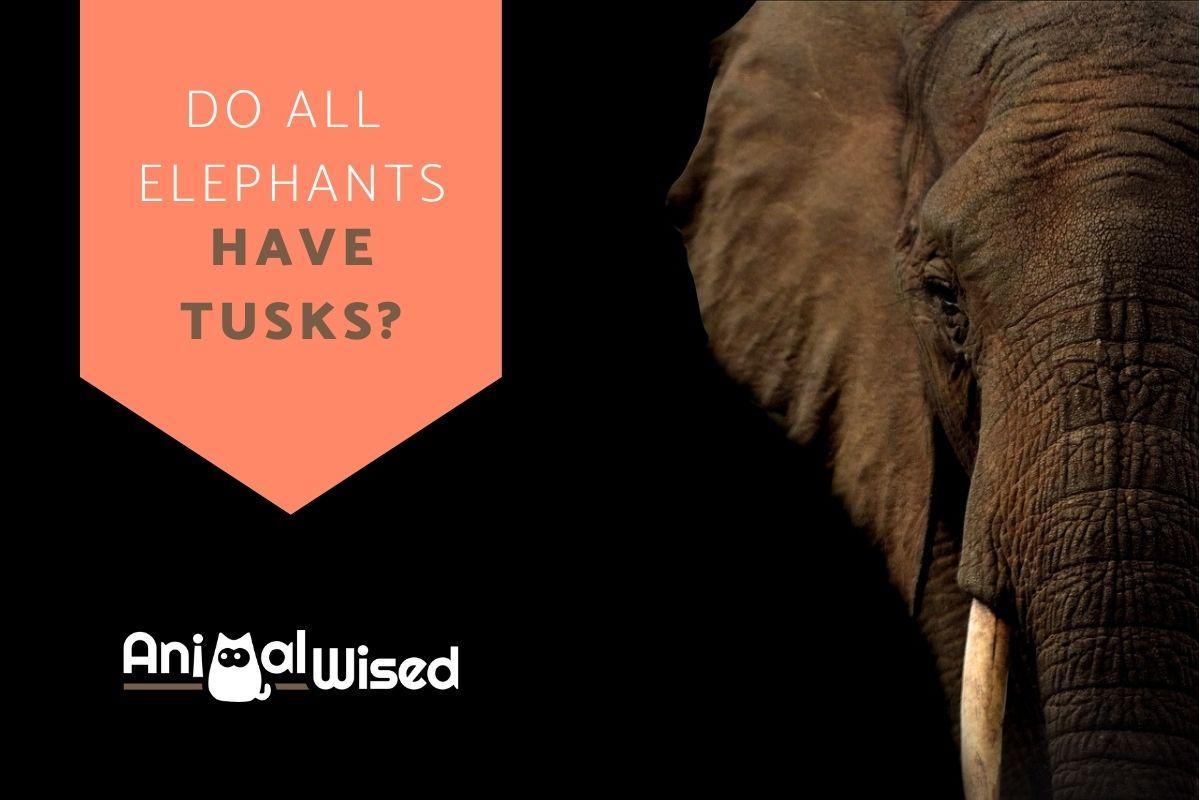 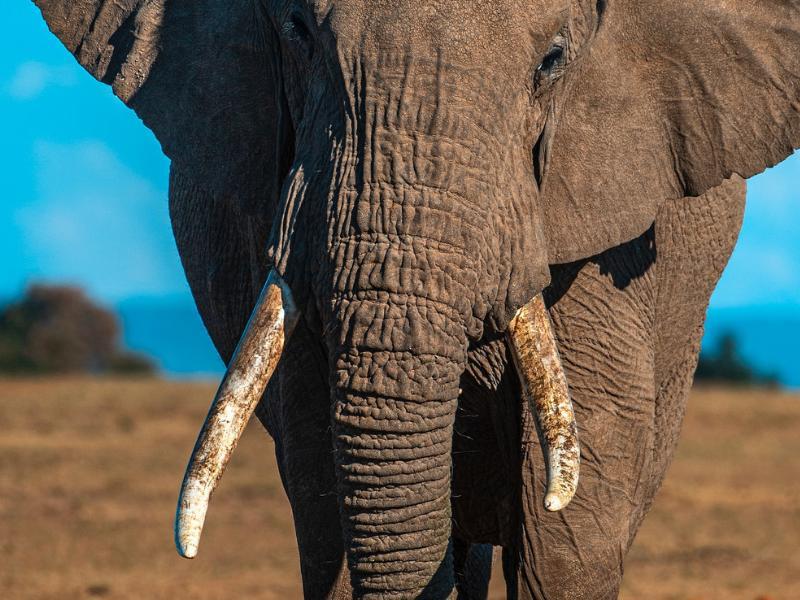 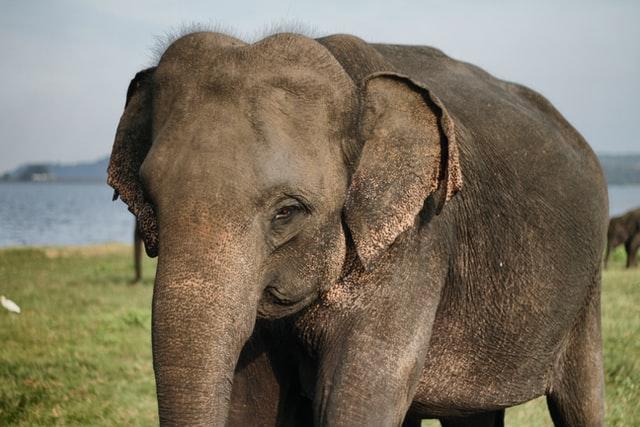 1 of 3
Do All Elephants Have Tusks?
Back to top