Do Cats Recognize Humans by Sight? 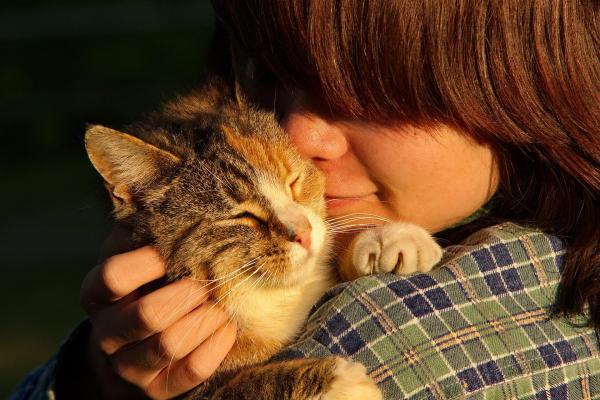 A famous axiom claims ‘dogs have owners, cats have staff’. This is due to the cat's reputation as being aloof and even contemptuous of their human guardians. While dogs may bound to our side if they hear us shuffling in a different room, you could call all night for a cat and they won't leave their comfy spot. Some even think a cat wouldn't recognize their owner if they have been apart for a long time. While the levels of independence will vary according to the individual cat, this is a false myth. Cats develop strong bonds with their human guardians, even if they show their affection in different ways. How they recognize them might be different to how you think.

You may also be interested in: How Do Cats Choose Their Human?
Contents

Do cats distinguish between people?

Despite what you may believe about the personality and temperament of cats, they are perfectly capable of recognizing their human companions. They can differentiate one human from another and will recognize their owners when they encounter them.

This is possible due to the emotional bond cats develop with the people with whom they live and consider part of their family. Although they may appear less expressive than dogs, it can be a little more difficult to interpret their body language. Anyone who has lived with a cat and shared an emotional bond will know they simply express themselves differently. When a guardian provides for their cat's basic needs, offers security within the home and provides appropriate levels of affection, we will see the cat reciprocates. Learn how they do so in our article on how cats show affection.

If we share a home with a cat and other people, we may also notice how they interact differently with individuals. There are even times when a cat will enjoy the company of one person, but not want to be around another. This is because the relationship each person has with a given cat will differ. The cat will vary their behavior accordingly.

How do cats recognize people?

Now we know that cats do recognize people, we will want to know how they do so. Specifically, we want to know whether cats recognize humans by sight. We do know that cats, as with dogs, are more guided by smell than vision. They pick up on scents in the air, much of which is imperceptible to we humans. They can see and have particularly good night vision, but how does this affect how cats recognize humans?

The vision of felines is adapted to hunting. Contrary to what might be expected, cats see better in low-light conditions. This is partly due to the structure of their eye and a reflective membrane known as the tapetum lucidum which makes it appear as if their eyes glow in the dark. In these environments, they can detect movement with great position.

Conversely, in brighter lights, a cat's color vision is poorer than that of humans. They are unable to detect as many details as we can, resulting in difficult recognizing people by sight alone. Their poor quality of vision in bright light is counteracted by being very observant. While they may not recognize our faces easily, they can register our size, postures, gestures and other characteristic physical traits which distinguish us from others.

Cats are capable of adjusting their ear placement so they can better hear the sounds around them. This is part of their very fine and well-developed sense of hearing. Together with their memory and capacity for learning, it allows them to recognize humans by the tone of their voice alone. Cats are so sensitive to sound, they can even distinguish people by the differences in sound of their footfall.

A study carried out in Japan in 2013 revealed that cats react more intensely to the voice of their guardians even if they are out of sight[1]. They become more alert and orientate their head and ears in the direction from which the sound emanates.

Even if they recognize us by our tone of voice, it does not necessarily mean that they will come to us when we call them or that they will obey our orders. Cats recognize people, but this is different to responding to vocalized commands or orders.

Although we are often unaware of it, each person has a distinctive scent or odor. This characteristic smell is registered by cats due to their acute olfactory ability. Although not as perceptible as a dog's sense of smell, the feline ability to register scents is much greater than our own. Not only can they detect a person's scent, but they can store it in their memory and recognize it when they come across it again in the future.

As we can see, cats can recognize humans by sight. However, it is not their main sense of perception. Smell and hearing are much more important for felines when it comes to recognizing their owners. We can see this if we live with a blind cat as they will be just as good at distinguishing between people as a sighted cat would be.

How to know if a cat recognizes me?

Although a cat can distinguish between different people, they won't necessarily be excited if you are reunited after a long time apart. Cats can remember our scent and smell, but they won't necessarily remember forever. However, some cats may have a better memory than others. In this case, if you want to know whether your cat recognizes you, you need to look out for the following signs:

Now you know cats recognize humans by more than sight alone, we might want to know more about their relationship with people. Check out our article on why cats like one person more than another to learn more.

If you want to read similar articles to Do Cats Recognize Humans by Sight?, we recommend you visit our Facts about the animal kingdom category.

References
Bibliography
Why Do Cats Headbutt You?
Why do Cats Meow?
How Often Do Wolves Attack Humans?
Things Dogs Do Better Than Humans
Related categories
Endangered animals
Most read
1.
What Animal am I According to my Zodiac Sign?
2.
Are There Venomous Spiders in the UK?
3.
What Does It Mean When a Cat Shows Up at My Door
4.
10 Most Beautiful Animals in the World
5.
The 10 Most Solitary Animals in the World
6.
10 Smells that Attract Cats
7.
Differences Between Deer, Elk, Moose and Reindeer
8.
Most Common Cat Eye Color and Their Meaning
Are Bats Dangerous to Humans or Pets?
Why Does My Cat Lick My Hair? - Reasons Cats Groom Humans
Do Animals Think? - Animal Intelligence
Pheromones for Cats
Why Do Cats Sniff Each Other's Butts?
Why Do Dead Whales Explode?
Rabbit Vision vs. Human Vision
Can Cats Run Faster Than Humans?

Do Cats Recognize Humans by Sight? 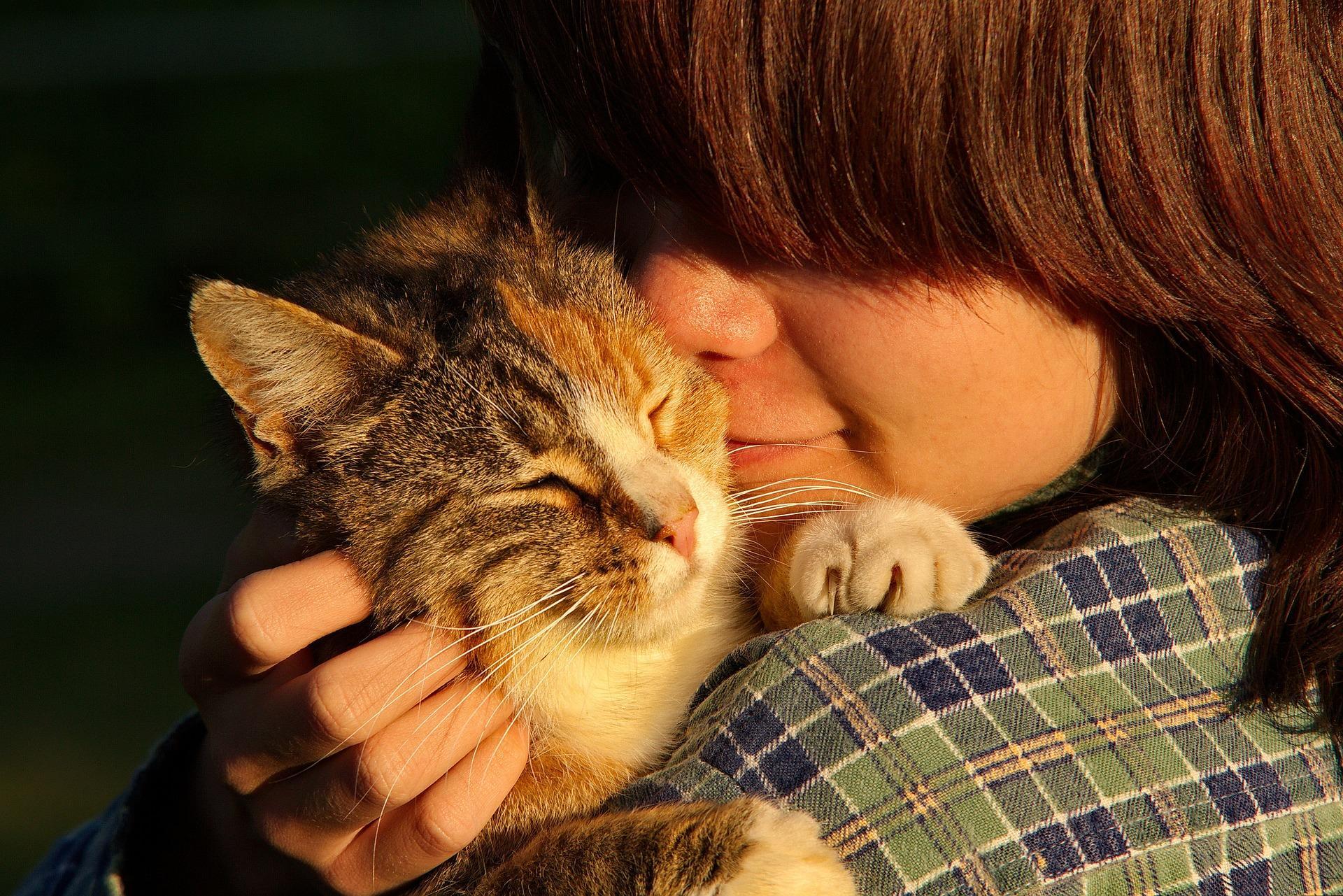 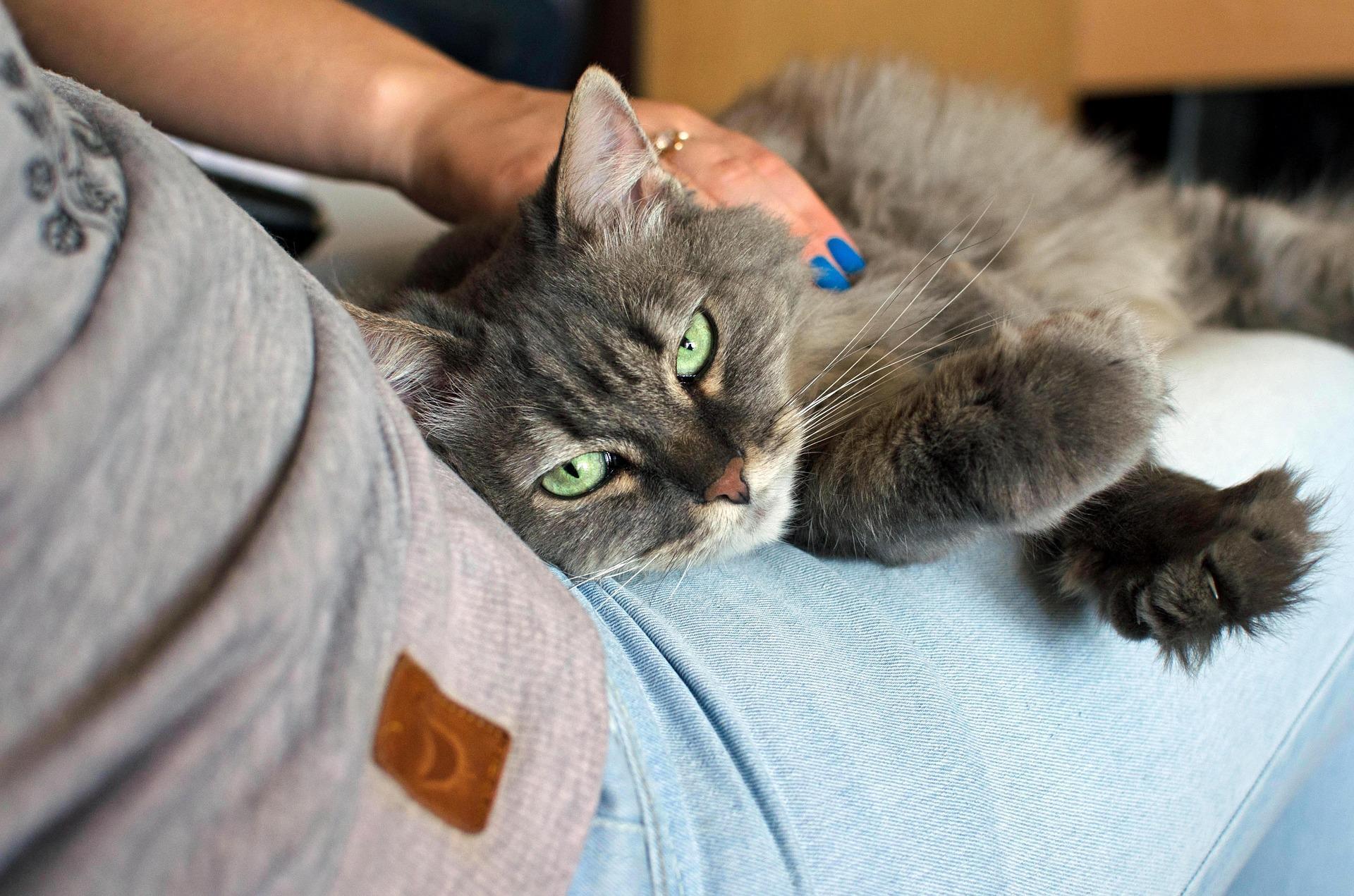 1 of 2
Do Cats Recognize Humans by Sight?
Back to top