Do Horses Go Into Heat? - Heat Cycle of Mares

We know that many companion animals go into heat and behave erratically, but not all do. Known as the estrus cycle, the heat period can cause dogs and cats to behave erratically and present various symptoms. The estrus cycle can also influence the animal's health and well-being in various ways. For those of us who have a female horse, known as a mare, in our charge, it is good to ask do horses go into heat?

At AnimalWised, we can reveal horses do indeed go into heat, the specifics of which we explain here in our guide to the heat cycle of mares.

You may also be interested in: Do Guinea Pigs Go Into Heat?
Contents

When does the heat cycle in mares start?

The heat cycle in female horses begins when they reach sexual maturity, usually between the ages of 12 and 24 months. At this point, the mare's reproductive system begins to cause interactions with other parts of her body due to hormone release.

When sex hormones are first released, they cause ovulation. Physical and behavioral changes follow, both designed to attract an uncastrated male horse (stallion) for fertilization. After this point, if the fertilization is successful, the female will become pregnant. Although a horse which is less than 2 years of age can enter her heat cycle, it is only when they are around 4 years of age they reach their maximum growth.

Mares are known as seasonal polyestrus breeders which have long-day breeding habits. This means the horse's heat symptoms appear when the daylight hours are longer, i.e. during the spring and summer. The mare's heat cycle repeats several times a year, every 21 days on average. The remaining months of the year, the mare enters the anestrus reproductive cycle due to there being fewer daylight hours.

The light affects a horse's reproductive cycle due to it causing more melatonin to be released by the pineal gland. Melatonin is a hormone which, among other actions, inhibits the hypothalamic-pituitary hormonal axis in the mare. This is the system that stimulates the ovaries to produce the hormonal changes responsible for ovulation.

Certain conditions mean that mares are not in heat or are become very irregular during the reproductive season. These reasons can be extreme malnutrition or anorexia, advanced age, or increased cortisol due to corticosteroid therapy or Cushing's disease (hyperadrenocorticism). Cortisol is also known as the stress hormone and suppresses the hormonal axis of the mare.

To know more about a horse's health, read our article on the most common diseases of horses.

Phases of the estrus cycle in mares

The estrus cycle, i.e. going into heat, is the term used for the series of recurring phases and events affecting the reproductive hormones of females. The mare takes between 18 and 24 days to complete all the phases of the heat cycle. In about 21 days on average the cycle will start again if it is during its reproductive season. This cycle is divided into two phases: follicular and luteal:

During this phase, the blood vascularization of the mare's genital tract increases. Its walls produce clear and shiny mucus and the cervix relaxes and opens. This occurs most near ovulation due to the fact that the estrogen produced in this phase is increasing. In turn, the vagina relaxes, is lubricated and edematous (swollen due to fluid). At this point the mare is receptive to the male. This is further divided into two periods:

After ovulation, estrogen decreases and progesterone increases in the corpus luteum. This is a structure formed in the ovary from the granulosa cells of the follicle, hence the name of the phase. This occurs a maximum 7 days after ovulation and it leads to the cervix closing, becoming pale and mucus free, and the vagina becoming dry and paler. This is because during this phase the uterus prepares to support a pregnancy. However if it has not occurred, the mare will repeat the cycle at the end.

This phase is also further divided into two:

To know more about the reproductive cycle in horses, take a look at our article on how do horses mate?

Symptoms of the heat cycle in mares

There are a number of signs that indicate that our mare is in heat and is receptive to mating with a stallion. In addition to being more restless, the mare:

Each mare is unique, there are some that show very obvious signs and others that are very subtle. If horse guardians want to know if a female is in heat, they will sometimes strut a male around her to observe her reaction. If the mares are not in heat and a male approaches them, they are distant. They do not let them approach, they lower their tails to hide their genitals, their ears are pushed back and they may even bite or kick.

Do male horses go into heat?

Male horses do not have a heat cycle because they do not go through the phases of the estrous cycle. Unlike females which have a cycle, stallions are fertile at all times after they reach sexual maturity. However, during the female's heat season they are more active. This is a response to the increased activity of mares and they develop sexual peaks when they witness a female horse in heat.

This detection is carried out through pheromones released by the mare in heat via her urine, which is thicker and more opaque than usual. Male's sense these pheromones via the flehmen response. This is an important part of horse communication.

The flehman response occurs when the horse retracts their upper lip. The pheromones from the urine can now better enter the vomeronasal organ (also known as the Jacobson's organ), an auxiliary olfactory organ which some animals possess. This is located in the vomer bone, located between the nose and mouth. This allows the horse to accurately detect the compounds in the urine. They usually react by whinnying or neighing loudly, kicking the ground and approaching the mare.

What is the foal heat in horses?

The term for a mare giving birth is foaling and the first heat cycle after this event is known as foal heat. It can appear as few as 6 or as much as 15 days after giving birth in healthy mares, but usually it will be around the 8th day. Breeders might breed the mare during this period so they don't miss out on a birthing season.

One of the most common complications during the foal heat is endometritis. This is the inflammation of the uterine lining caused mainly due to either bacterial infection or retention of the placenta. If a stallion mates with the mare during this time, it can cause serious health complications. Even if the endometritis heals, it can lower fertility in the mare.

Complications which can occur if the mare mates before her uterus lining regenerates include miscarriage, dystocic delivery (obstructed labor), stillbirth or placental retentions. These are more frequent in mares over the age of 12 years or those which have had problems in previous deliveries.

If you want to read similar articles to Do Horses Go Into Heat? - Heat Cycle of Mares, we recommend you visit our Facts about the animal kingdom category.

Bibliography
Why do Horses Neigh?
My Female Dog In Heat Won’t Accept A Male - Causes
Life Cycle of a Cat - Stages of Development
Life Cycle Of Sea Turtles
Related categories
Endangered animals
Most read
1.
What Animal am I According to my Zodiac Sign?
2.
What Does It Mean When a Cat Shows Up at My Door
3.
10 Most Beautiful Animals in the World
4.
Examples of Vertebrate and Invertebrate Animals
5.
Why do Dogs Get Stuck when Mating?
6.
The 10 Most Solitary Animals in the World
7.
Differences Between Deer, Elk, Moose and Reindeer
8.
Animals With Scales - Full List
How Do Dogs Sweat?
Do Groundhogs Sleep at Night?
What are Wild Horses? Horse Subspecies Around the World
50+ Inspirational Horse Quotes
How Long Is the Life Cycle of a Butterfly?
How Do Horses Sleep?
Life Cycle of the Pine Processionary Caterpillars
Why Do Cats Make Noise when Mating? The Answer

Do Horses Go Into Heat? - Heat Cycle of Mares 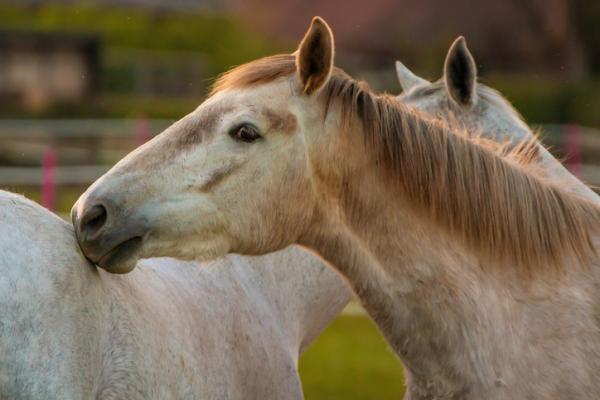 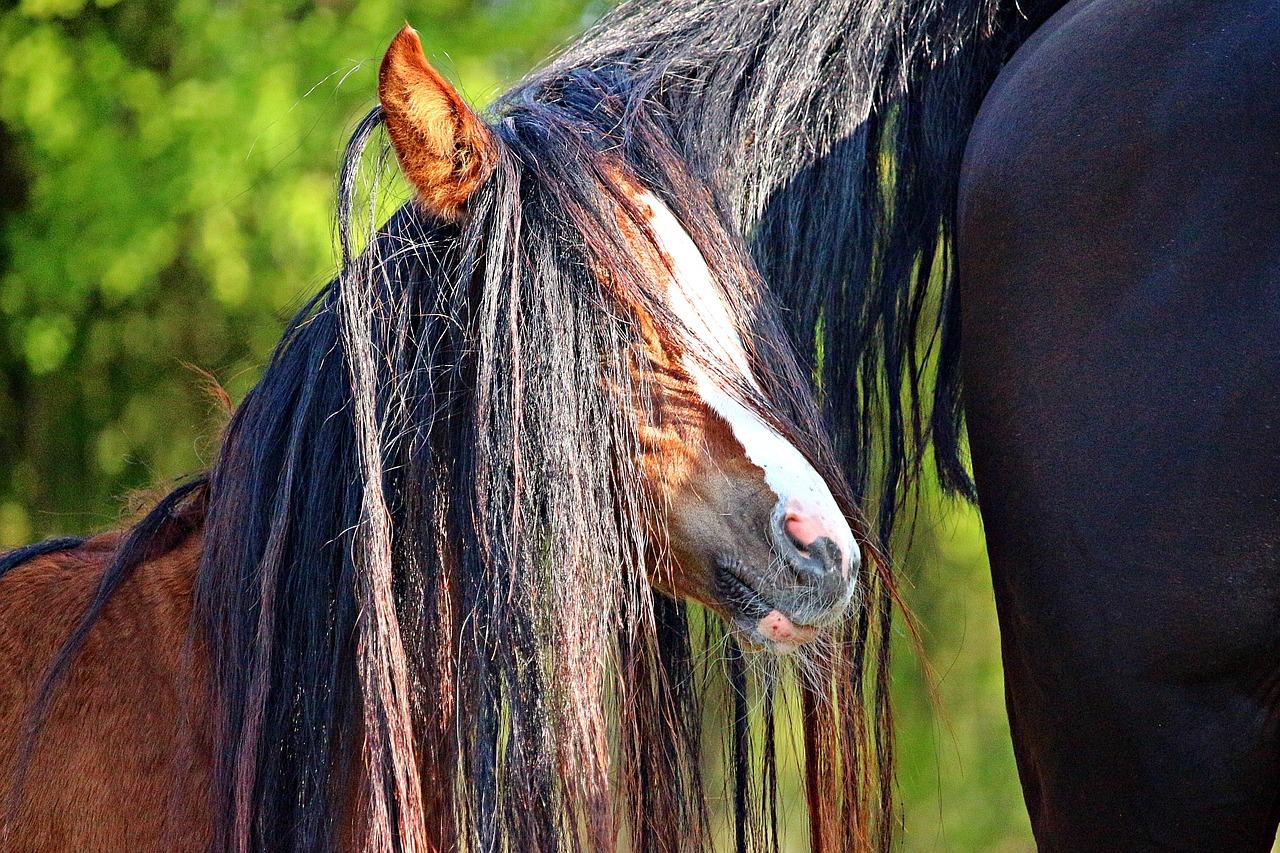 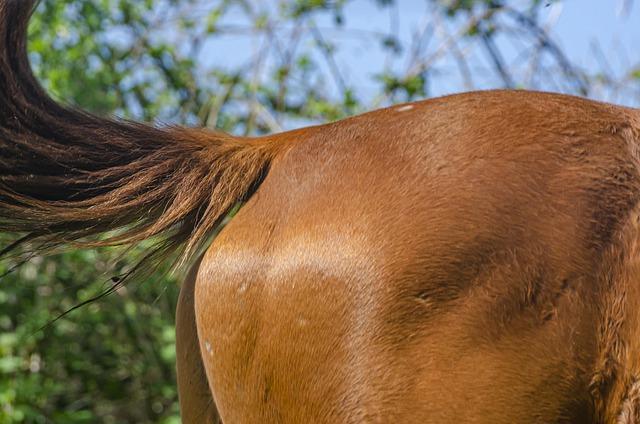 1 of 3
Do Horses Go Into Heat? - Heat Cycle of Mares
Back to top