Do Guinea Pigs Go Into Heat?

It is important to remember that guinea pigs go through heat, which is different in males and females. Like other mammals, they have dimorphic sexes, and their females give birth to live young and feed them milk from a mammary gland. They also have oestrus cycles, which are different from menstrual cycles. To avoid unwanted pregnancy or health problems, it is important to know the specifics of guinea pigs' oestrus cycles and how their reproduction works.

In this AnimalWised article, you will learn everything you need to know about the heat cycle of guinea pigs.

You may also be interested in: When Does a Dog Go Into Heat After Having Puppies?
Contents

Guinea pigs or domestic guinea pigs (Cavia porcellus) are rodent species of the genus Cavia in the family Caviidae. It is still unclear how the name came about, as guinea pigs are neither native to Guinea nor biologically related to pigs. Their roots can be traced back to the Andes Mountains in South America. There is even evidence that they were domesticated for consumption in the Americas more than 2000 years ago.

The guinea pig is a social animal with short legs and a round body shape. There are many species and breeds of guinea pigs, and the color and length of their fur can vary greatly. Their average life expectancy is 8 years, and they weigh only 2 pounds (0.91 kg). Nowadays, the guinea pig has become a very popular pet due to its small size and ability to live in modern households. They are also easy to feed, as they are herbivores and eat a wide variety of fresh vegetables and different plants.

Although guinea pigs are often nervous or skittish at first, they become tame very easily with consistent, gentle handling. Guinea pigs are solitary animals and should not be left alone; they are happiest in pairs. If you want to avoid an unwanted pregnancy, make sure both animals are the same sex.

If you want to know more about guinea pigs, then keep reading our article on hair types and colors of guinea pigs.

Guinea pigs reach sexual maturity at about 3 to 4 months of age. If young males and females are housed together, they should be separated at this age, or they may breed.

The most important thing to know about breeding guinea pigs is that females must give birth before they are seven or eight months old. The pelvic bones of female guinea pigs are more firmly fused together after eight months of age, and if they have not had a litter by then, giving birth becomes more difficult. In most cases, an emergency cesarean section is then required. Normally, a sow gives birth to 2 to 4 young that are fully developed. These large young have difficulty passing through the pelvic canal unless the mother's pelvic bones are still relatively immature and deformable.

How often are male and female guinea pigs are in heat?

Once the female reaches sexual maturity, she goes into heat once every 15 days. The estrus lasts between 24 and 48 hours, that is, it is polyestrous. During this phase of the cycle, the female is ready to mate for a few hours, usually between 6 and 11 hours, and it usually happens at night.

After pregnancy and parturition, females enter a state known as postpartum oestrus, which lasts about half a day. If there is not a single dominant male, all nearby males will attempt to mate with her, and she may become pregnant again.

The male, for his part, has no cycle with respect to mating. It is polygamous, that is, it can mount all females at any time when they are in heat. Male guinea pigs become aggressive and dominant when a pregnant female is around to protect and mate.

Do female guinea pigs bleed when they are in heat?

Many mammalian organs are technically the same, so it would be logical for them to function the same. However, oestrus cycles differ from species to species. Guinea pigs do not bleed during oestrus or pregnancy. If you notice bleeding in guinea pigs, take your pet to the veterinarian to determine the cause of the bleeding. The sooner you address the problem, the better.

What do female and male guinea pigs do when they are in heat?

After learning how often guinea pigs go into heat, it is important to understand what happens to them when they go into heat because males and females react differently.

Behavior of a female guinea pig in heat

As a result of being in heat, females become more clingy and cuddly, constantly clinging to their mate or other guinea pigs. Some even try to mate with other females when there are no males around. You can also tell when your female guinea pig is ready to mate by the way her spine curves down and her back is elevated.

Behavior of a male guinea pig in heat

Unlike females, males can mate at any time and show no signs of being in heat. However, it is possible to observe markedly aggressive behavior when they notice a female is in heat. If there are several males in a group, they will fight over who gets to mount the female as part of the courtship ritual.

If your male guinea pig becomes aggressive, keep reading this article on how to stop my guinea pig from biting me.

The high number of abandoned guinea pigs in shelters and overpopulation make it irresponsible to breed guinea pigs at home. In addition, as we have already explained, unwanted pregnancy can lead to serious health problems or even death.

If the female has given birth and is caring for her babies, keep the male away. Some males seem indifferent to the kittens, while others may become aggressive and even attack them. Also, remember that the female can become pregnant again.

Pet guinea pigs can be neutered by a veterinarian experienced in handling small animals, but the procedure is difficult and can be expensive. Neutering a male guinea pig is generally easier than neutering a female. As a rule, guinea pigs do not respond well to anesthesia, surgery, or being housed in an unfamiliar environment. Therefore, keeping male and female guinea pigs separate is the best, easiest, and least expensive way to prevent reproduction.

If you want to know more about guinea pig's pregnancy, then do not miss our article on how to take care of a pregnant guinea pig.

If you want to read similar articles to Do Guinea Pigs Go Into Heat?, we recommend you visit our Heat category.

Do Guinea Pigs Go Into Heat? 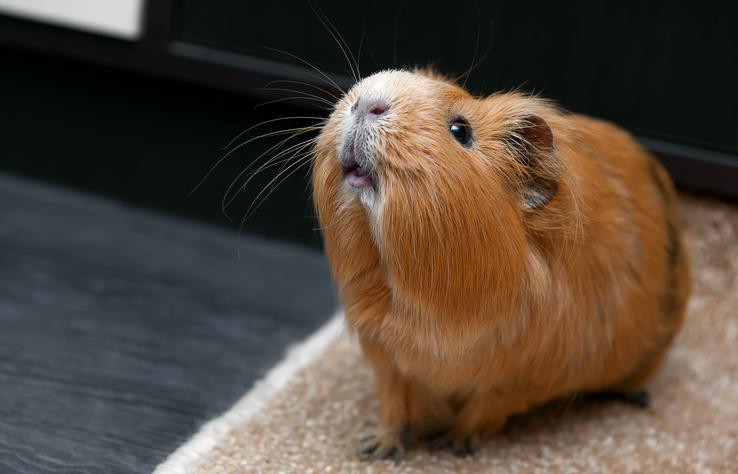 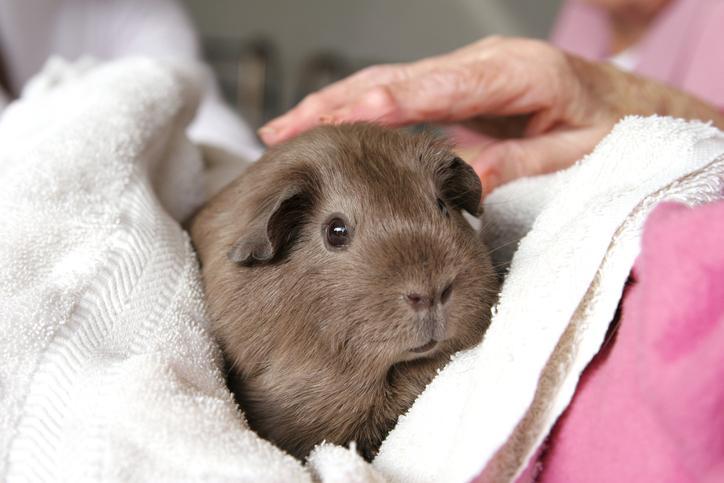 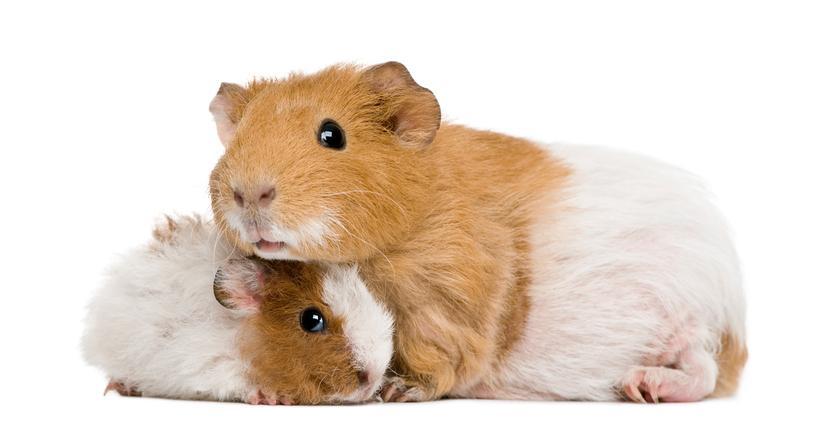 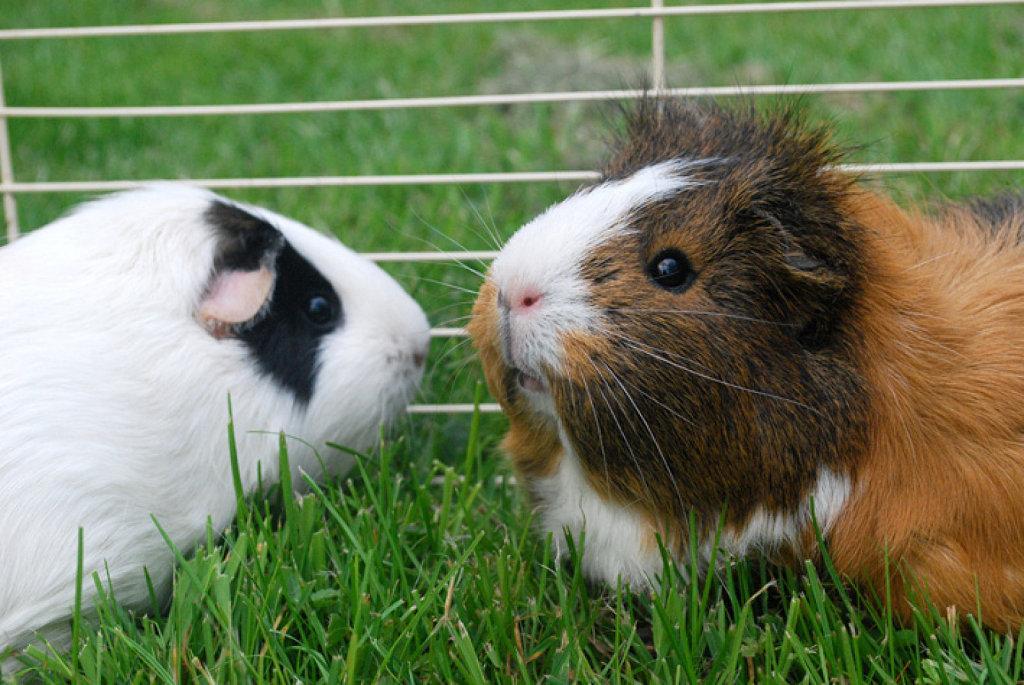 1 of 4
Do Guinea Pigs Go Into Heat?
Back to top